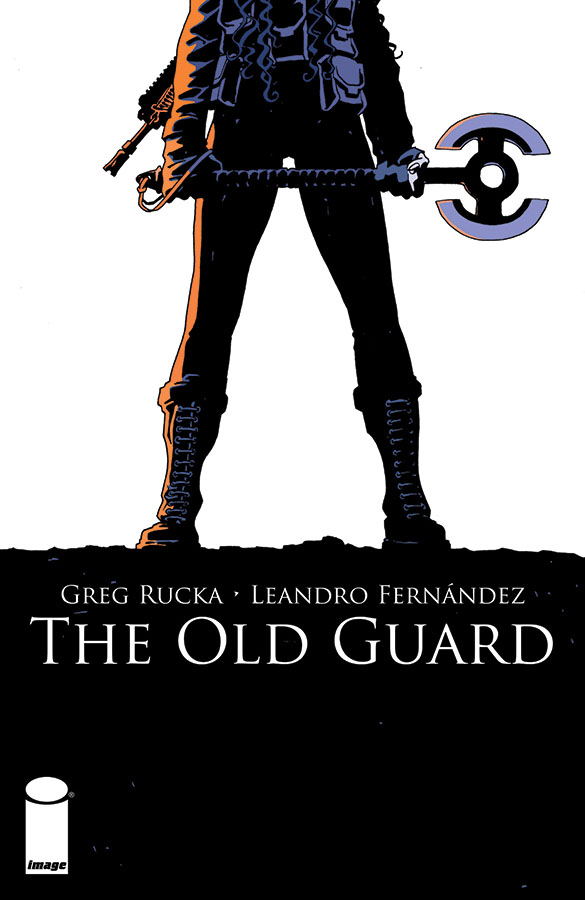 Hmm … It’s interesting because The Old Guard isn’t political. Or if it is, it’s personally so. Look, the series is about these people. It’s not about the political ends. It’s not about war. It’s like anything I write - it’s about the characters. The heart of the conflict for the lead is that she’s very, very old and doesn’t know why she’s still living. She says this at the start and seen so many of the people that she knows and loves all die. Even those like her.

That’s the sick joke of it, really: They’re immortal up until the moment they’re not. And they never know when that moment is going to be. For Andy, she’s seen a lot of people come and a lot of people go. The question, then, is “Why not me?”

It’s less of a meditation on war and politics; really, if we want to unpack the deep stuff going on here, it’s about mortality. But I say that with the proviso that it’s John Wick meets Highlander. It has bullets and swords, but it’s meant to be a fun, pulpy adventure. It’s not meant to be a deeply profound tome focusing on the ethereal and ephemeral nature of being, you know?

As for politics, whether you want to be or not; whether you embrace it or not, comics are art and art is political. Look, it’s a form of entertainment, but even then, it needs to have some sort of redeeming social merit. It’s got to be saying something about something. I make no apologies for my politics, and I certainly don’t hide from them. But at the same time, I’m smart enough to know that no one wants to be lectured to. No one wants to read a polemic – just tell the story well. If in that entertainment, and the audience can find things to think about, great. But we want people to put the issue down and say “Great! What’s going to happen in Issue #2?”

Eisner-winning writer GREG RUCKA (LAZARUS, BLACK MAGICK, Wonder Woman) and critically acclaimed artist LEANDRO FERNÁNDEZ (THE DISCIPLINE, Deadpool, Punisher: MAX) team up together to introduce THE OLD GUARD, the story of old soldiers who never die…and yet cannot seem to fade away. Trapped in an immortality without explanation, Andromache of Scythia—“Andy”—and her comrades ply their trade for those who can find—and aff ord—their services. But in the 21st century, immortality is a hard secret to keep, and when you live long enough, you learn that there are many fates worse than death. 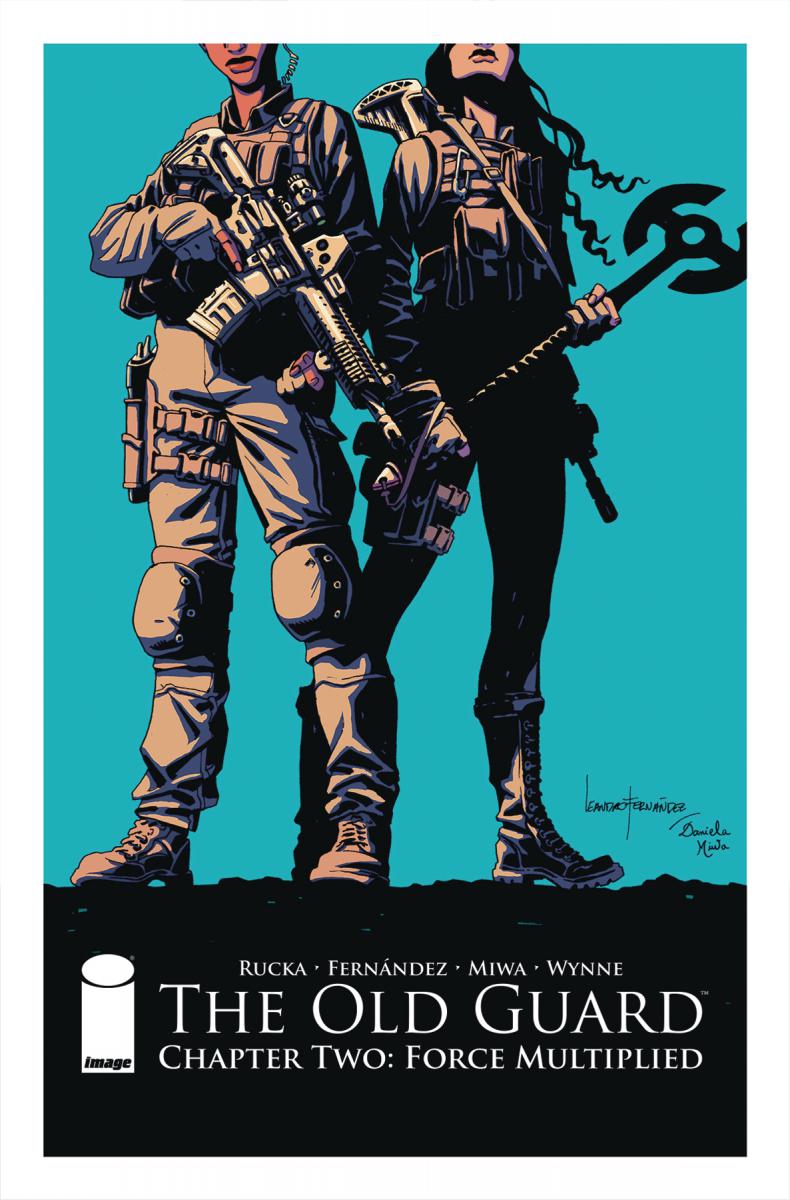 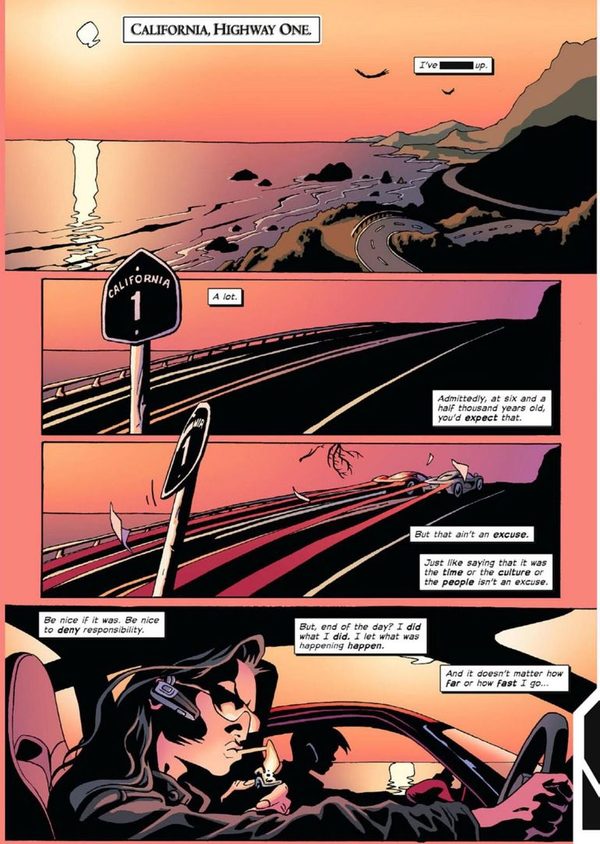 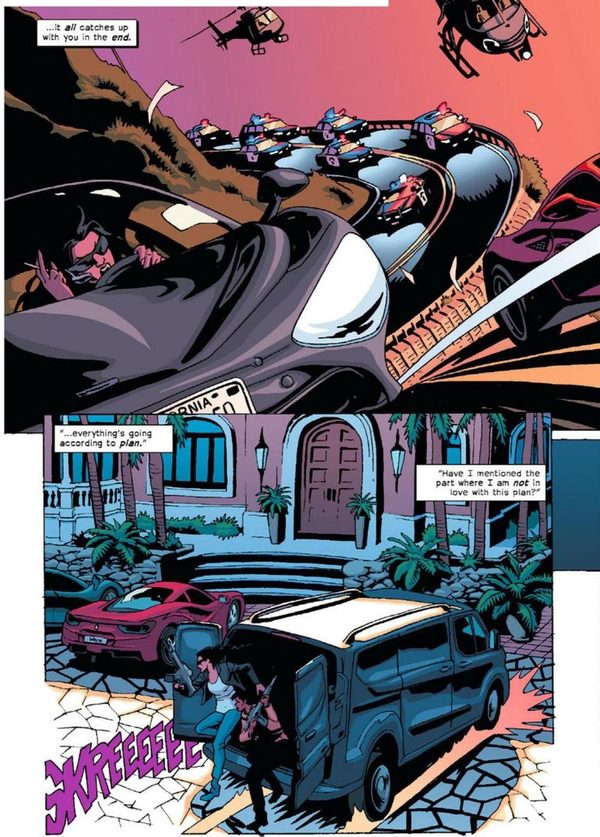 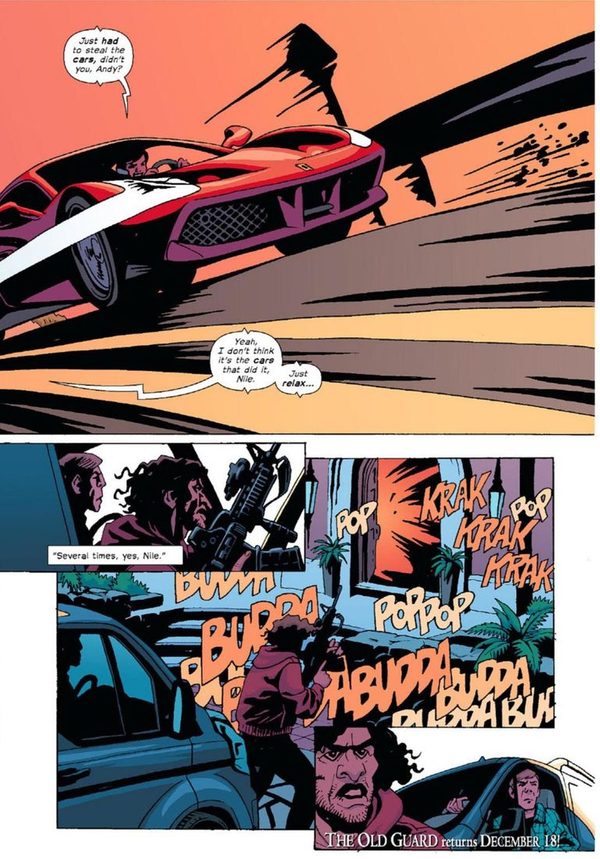 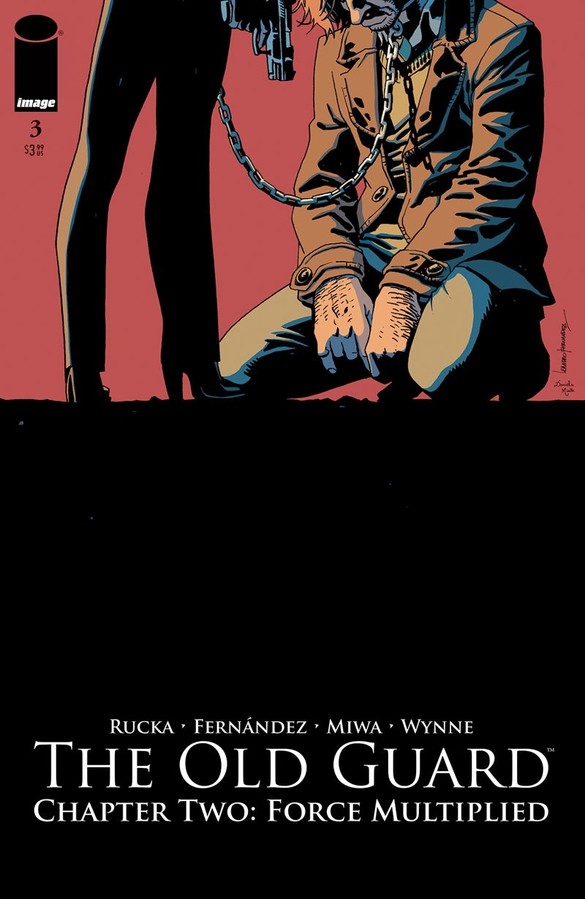 Description: In her 6,000 years of life, death, warfare, and sin, Andy has never faced an enemy so deadly as the killer who stands before her now. After disrupting a human trafficking operation, Nile and the rest of the team meet the mastermind-a figure from Andy’s past she never thought she’d see again. 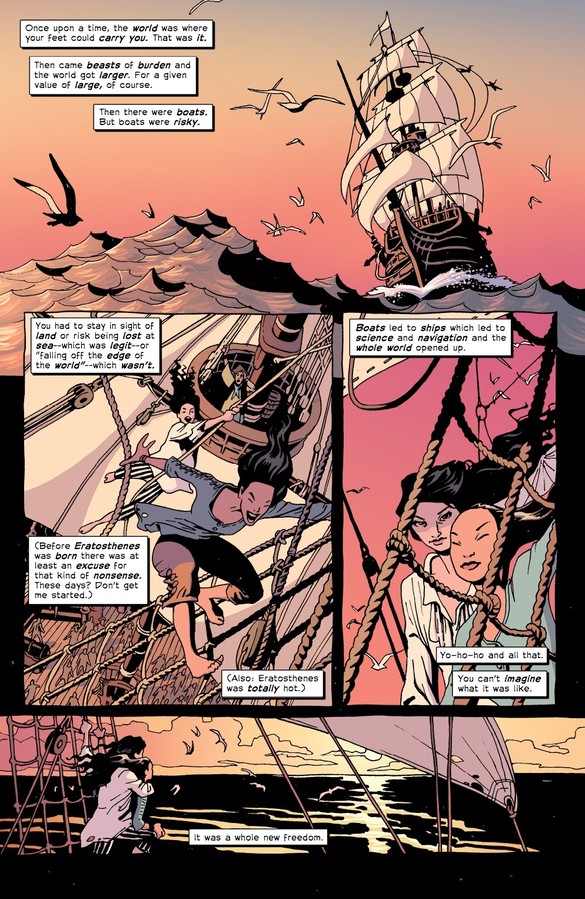 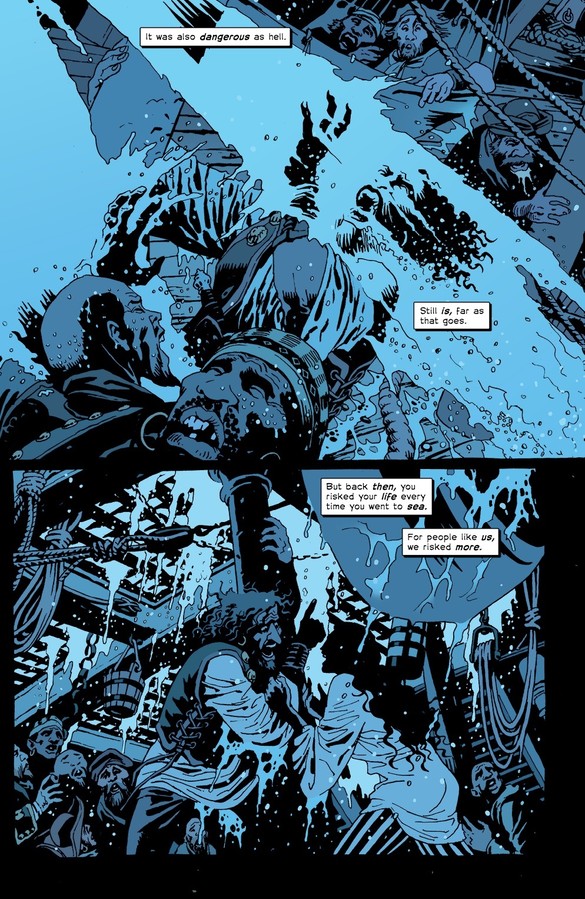 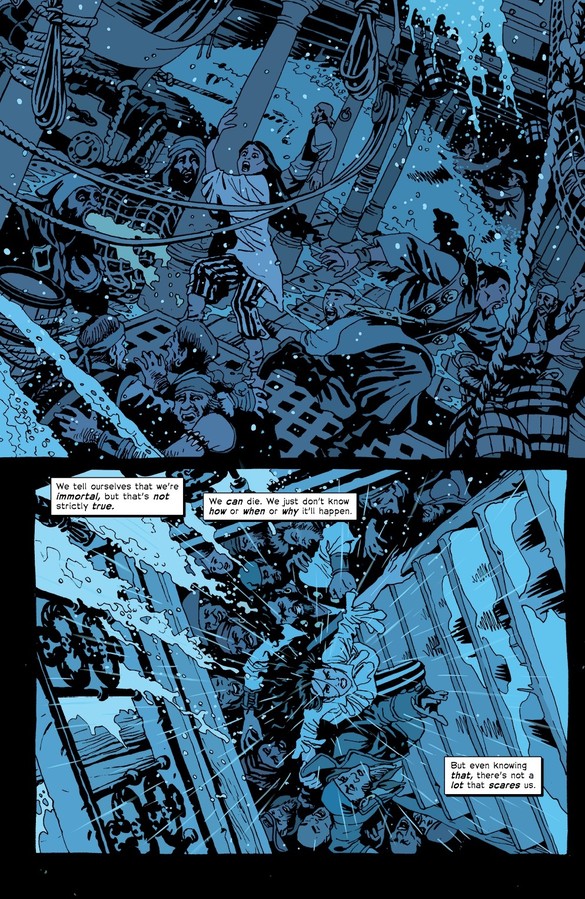 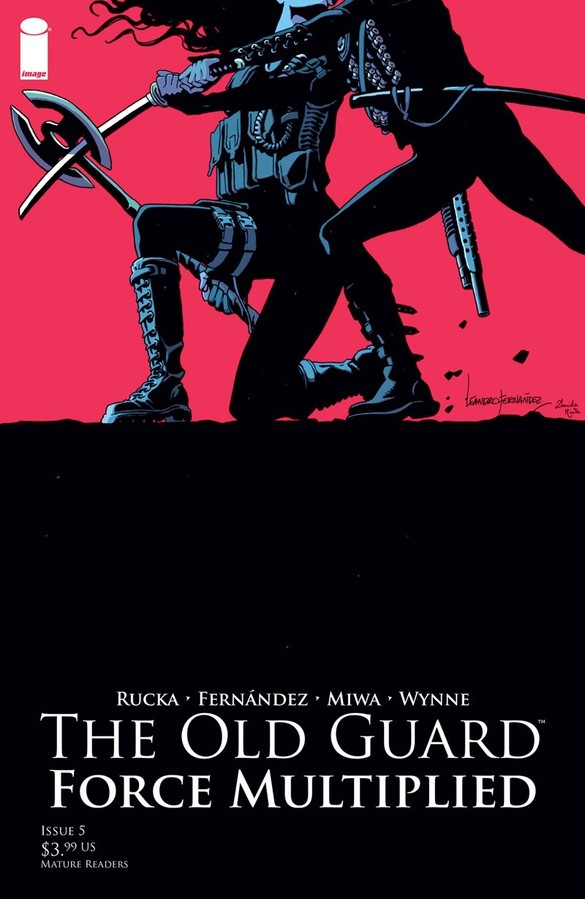 Description: End of story arc. Ancient enemies, new allies, a history of violence, and modern warfare all come to a head, as Andy and Nile reconcile the sins of the past with the promise of the future…and carnage ensues. 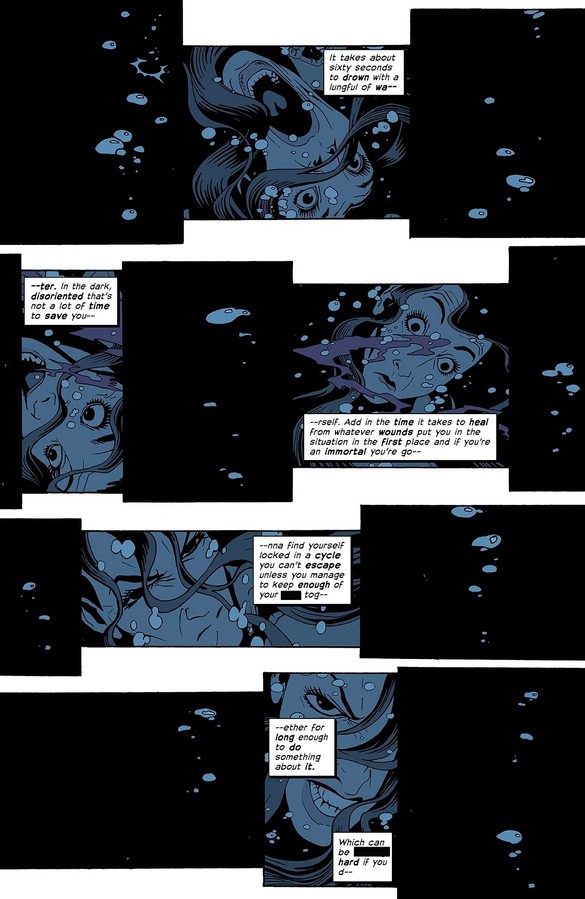 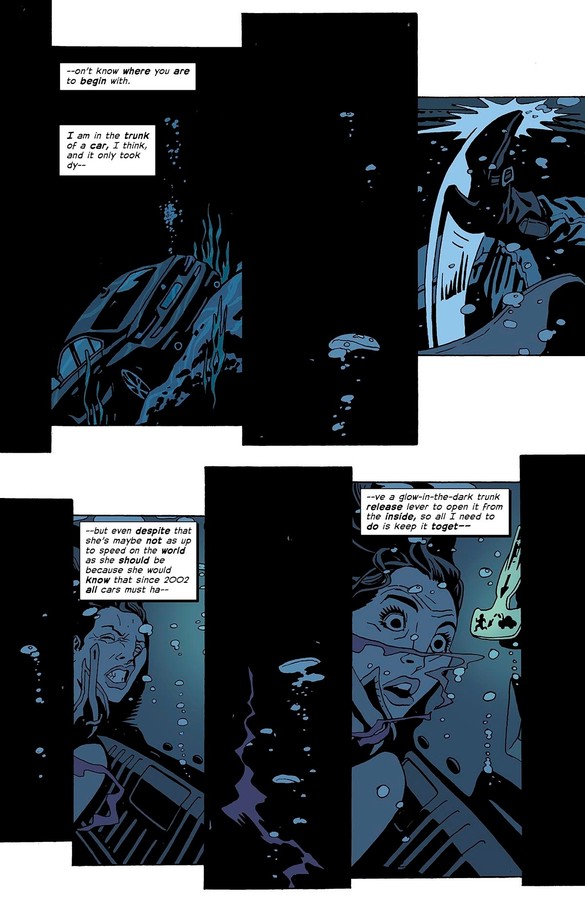 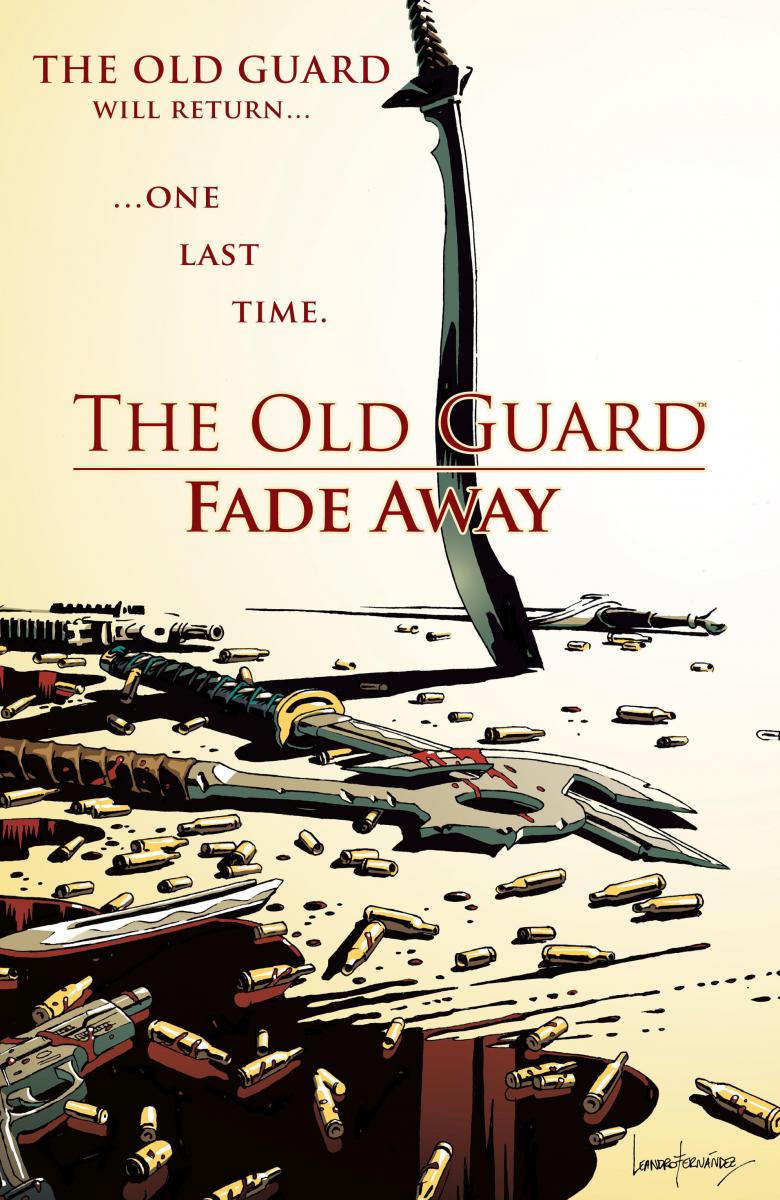