THE POWER OF THE DARK CRYSTAL #1-4 (Spurrier / Matthews)

[quote]JIM HENSON’S POWER OF DARK CRYSTAL #1 (OF #12)
*Written by Simon Spurrier
Art by Kelly Matthews and Nichole Matthews
Covers by Jae Lee, June Chung, Sana Takeda, David Petersen.
In celebration of the 35th anniversary of Jim Henson’s The Dark Crystal, return to the world of Thra in an official sequel to the beloved fantasy film. Discover an all-new race of creatures called Firelings that live in a realm near the planet’s core, based on official character designs by Brian Froud. Years have passed since the events of the original film, and though Jen and Kira have ruled Thra as King and Queen, bringing Gelfling back to the land, they have become distracted by power and can no longer feel or see the needs of the world the way they once did. Thurma is a young Fireling tasked with stealing a shard of the Dark Crystal to restore power to her realm. Along the way she’ll befriend the young Gelfling Kensho, accidentally bring back the Skeksis and Mystics, and embark on one incredible adventure.
32 pages, $3.99. *[/quote]

[quote=“Simon Spurrier”]*In story terms my goal’s pretty simple, and that’s to try and capture the same controlling concept which - I believe - underwrites literally everything in the first movie. For my money when you peel off all the incredible surface detail - the exoticism, the adventure, the sheer technical brilliance - the unifying denominator is this: child-like wonder.

Literally every character in that film is a version of childhood. That’s obviously true of the main characters, both of whom are clear ciphers of innocent youth, but also all the rest. From the slow and dreamy mystics (the high-functioning kid in every class who stares hazily out the window all day?) to the tantrum-throwing bullies of the Skeksis. Beneath the utterly original aesthetic they’re all very recognizable childhood tropes. And that’s been done for a very specific reason: This was a movie which introduced an entire new world, not some shitty take on Tolkien-esque high fantasy, but an alien reality full of novelty.

The genius is that the central characters are experiencing this stuff for the first time, just like us. Going out amidst it all is a journey of discovery just as much as a heroic quest. Hence our sense of wonder is 100% earned and earnest, because we’re taking it directly from the main characters - and that’s true even when the “wonder” takes the form of something scary.

In other words, the movie succeeds because it makes its audience encounter this world with the same astonishment that none of us have truly experienced since we were kids. That’s extremely clever. And, to answer your question, it’s something I’m striving with every panel to achieve in the sequel.*[/quote]

[quote]THE POWER OF THE DARK CRYSTAL #2

Description: While Thurma’s arrival creates chaos at the Crystal Castle, Aughra tries to get a glimpse of what the future may hold for the Fireling and Kensho, and discovers a familiar darkness on the horizon: Skeksis! 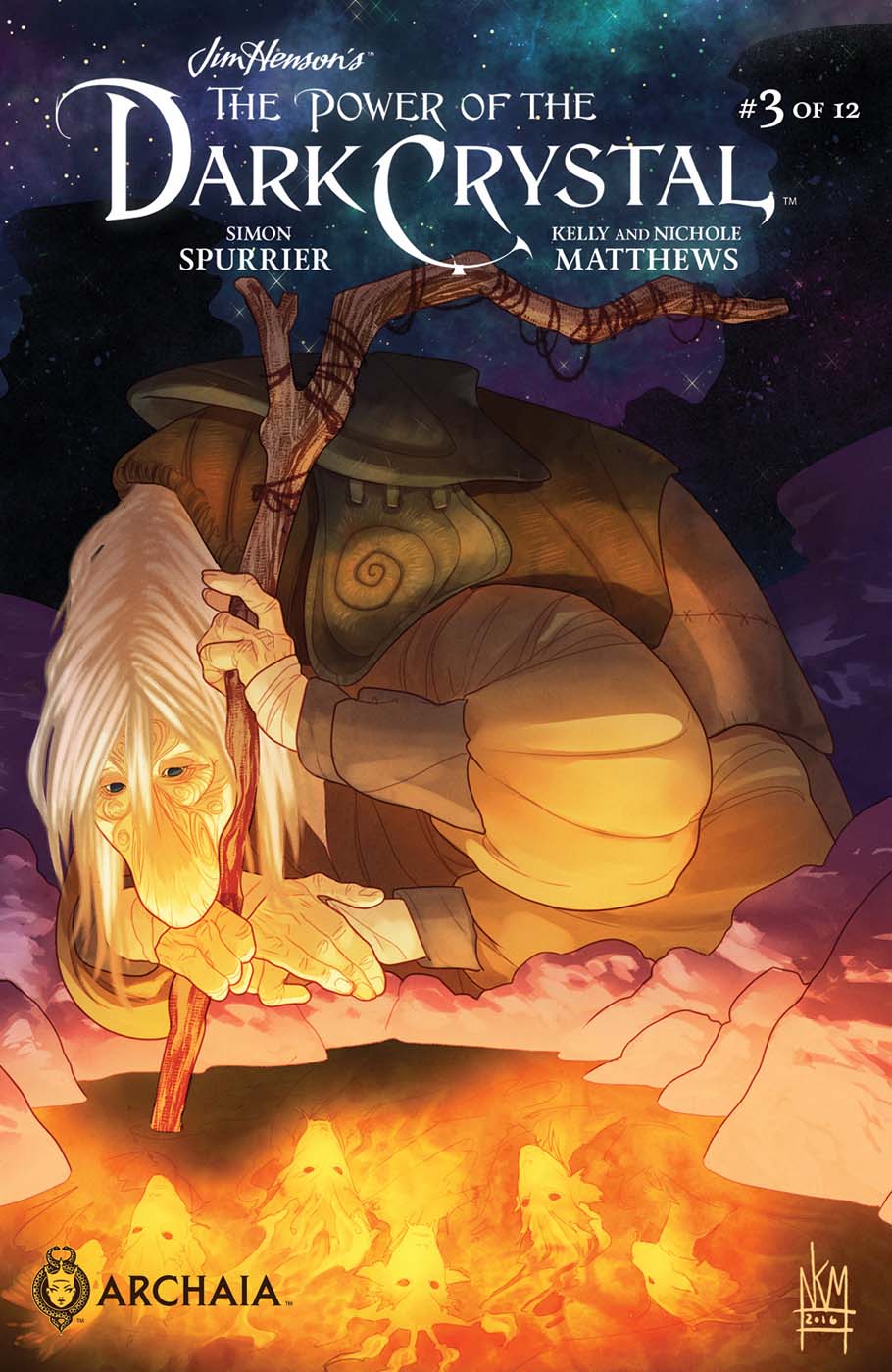 [quote]THE POWER OF THE DARK CRYSTAL #3

Description: The return of the Skeksis kicks Jen out of a daze and back on the offensive in the name of Thra. Meanwhile, Kensho and Thurm look to escape the Crystal Castle unnoticed. [quote]THE POWER OF THE DARK CRYSTAL #4

Description: While Jen and Kira deal with the chaos the Skeksis have wrought on the castle, Thurma and Kensho are out in the wilds of Thra on the run from the Crystal Guard, unaware that something far more treacherous followed their trail: the Chamberlain.