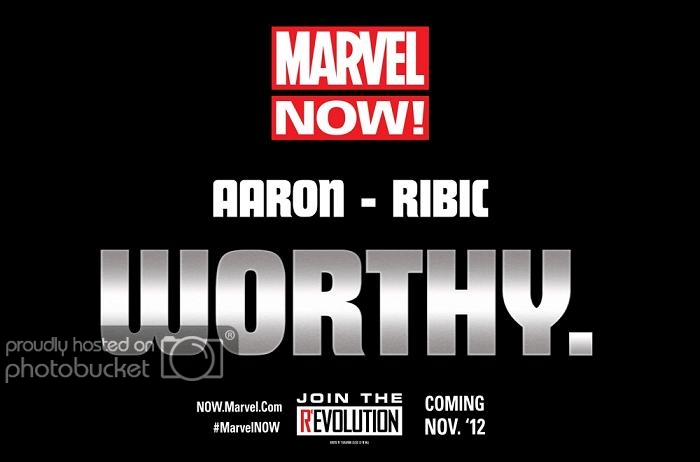 [quote=“Jason Aaron”]In part. I do flash back and show a young Thor in action, but he’s actually just one of three Thors that I want to focus on. This first story is an epic tale that plays out over the course of thousands of years. So we spend time with young Thor in the Viking age — the young, hotheaded god of the Vikings, who loves to come down to Midgard and get into trouble.
In the present, we see Thor the Avenger on a journey that takes him to the far corners of space, interacting with all sorts of new space gods and wondrous new locations.
And then we also see old King Thor, who’s the last king of Asgard, thousands of years in the future, where something has gone horribly, horribly wrong.

The first arc is five issues, but the story of the God Butcher will play out over the course of a couple of arcs. And really, in terms of the three different versions of Thor, those will be characters and stories that I return to again and again, for as long as I’m on the book.[/quote]

Someone is murdering the gods of the Marvel Universe and with his own life at stake, Thor must step in to put an end to the mysterious God Butcher! From the creative team of Jason Aaron and Esad Ribic, the Mighty Avenger will not only have to stop this destructive force in his own time, but in the past and future as well!

This November in THOR: GOD OF THUNDER #2, the Odinson – with the help of his younger and older self – follow a trail of blood to save these ravaged worlds.

An all-new direction! All-new threats! All-new weapons! This is Thor NOW! This November, Jason Aaron and Esad Ribic redefine what it means to be worthy in THOR: GOD OF THUNDER!

“with the help of his younger and older self”… Trois Thor donc celui du passé, du présent, et du futur. 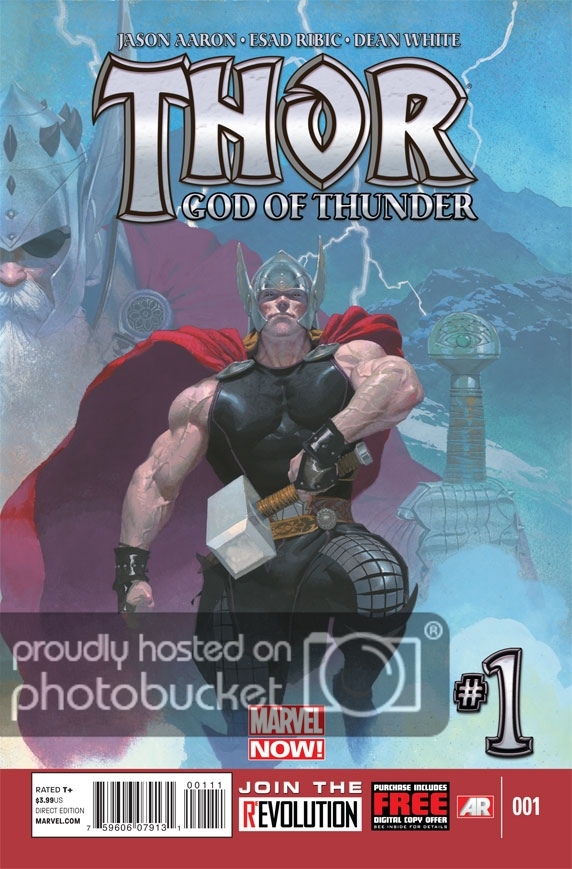 [quote]THOR: GOD OF THUNDER #1
JASON AARON (W) • ESAD RIBIC (A&C)
variant cover by JOE QUESADA
BABY VARIANT cover by SKOTTIE YOUNG
ARTIST VARIANT COVER by Daniel Acuna
Sketch Variant by JOE QUESADA
Design Variant by ESAD RIBIC
Variant Cover by TBA (#2)
Blank Cover Variant Also Available (#1)
Throughout the ages, the gods of the Marvel Universe have been vanishing, their mortal worshippers left in chaos. NOW! the Mighty Thor follows a trail of blood that threatens to consume his past, present and future selves. The only hope for these ravaged worlds lies with the God of Thunder unraveling the gruesome mystery of the God Butcher!
32 PGS. (EACH)/Rated T+ …$3.99[/quote] 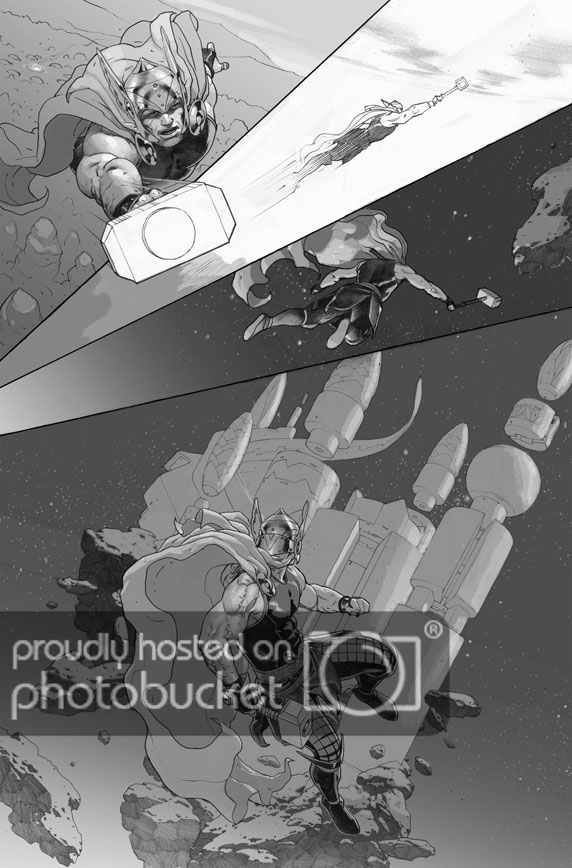 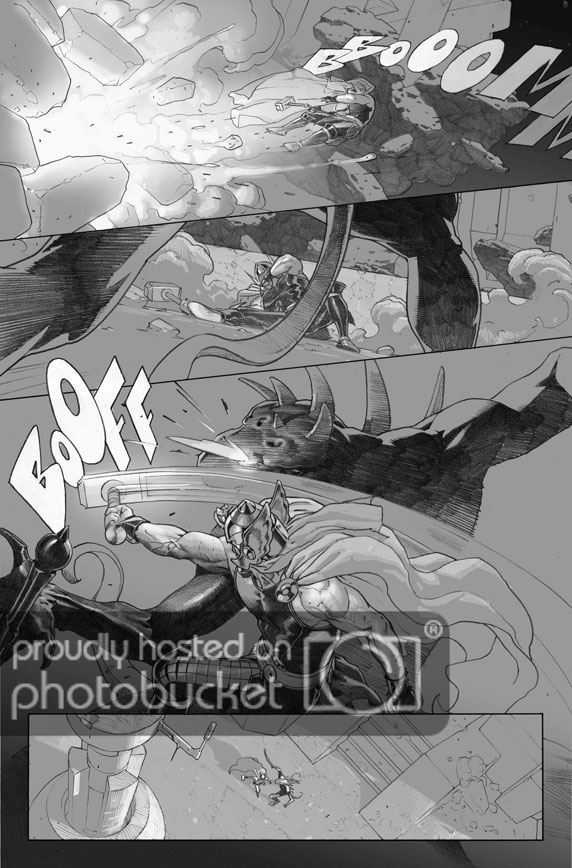