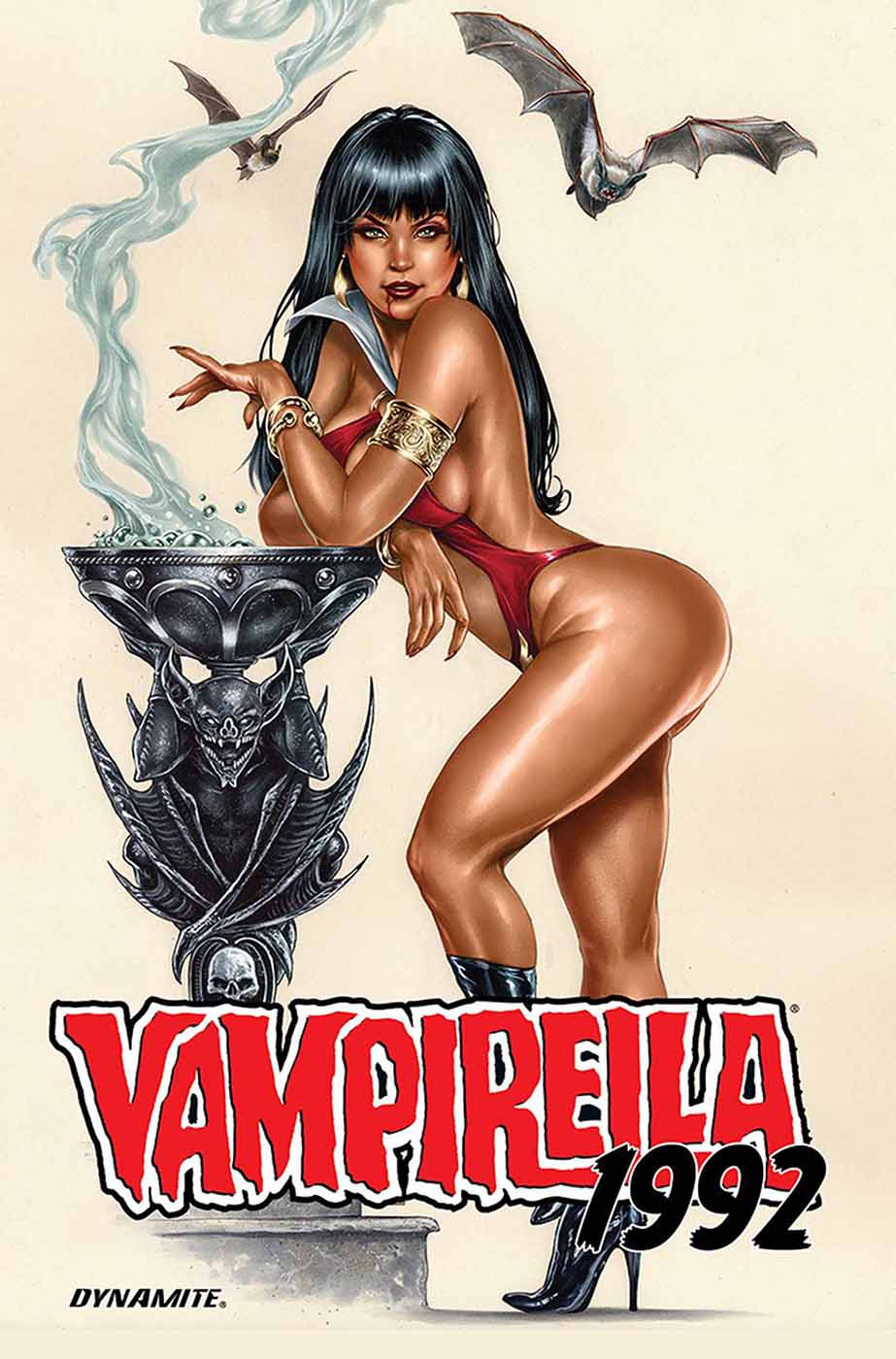 Description: Now, in the long-ago year of 1992, Vampirella finds herself a vampire trapped between not just two worlds but two genres! When a « bad girl model » hired to portray Vampy at conventions and signings is plunged into a terrorist incident, she’s forced to face not just men with nunchucks before her, but the insidious forces roiling beneath the surface of geek culture… and her own dark past. 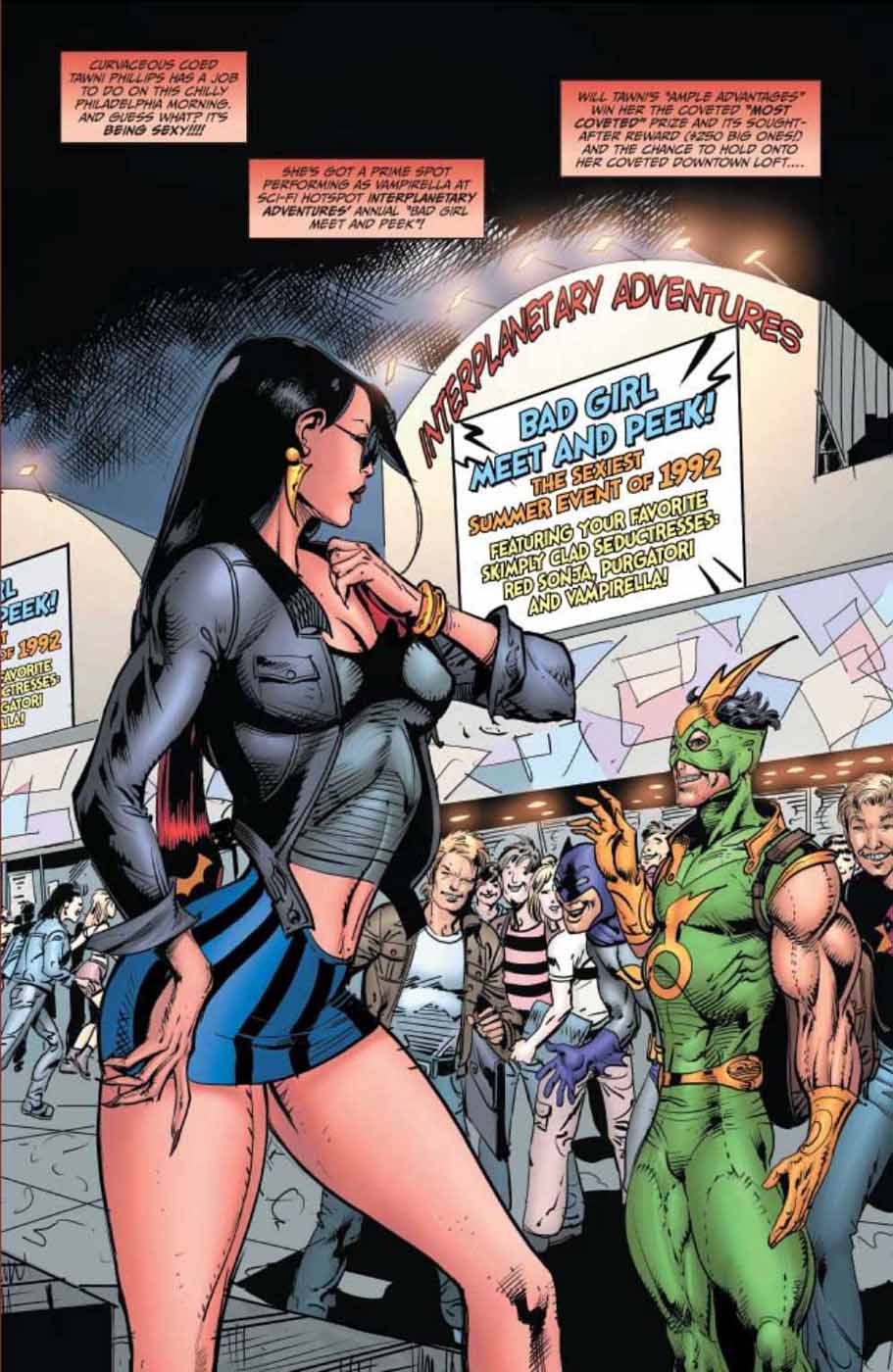 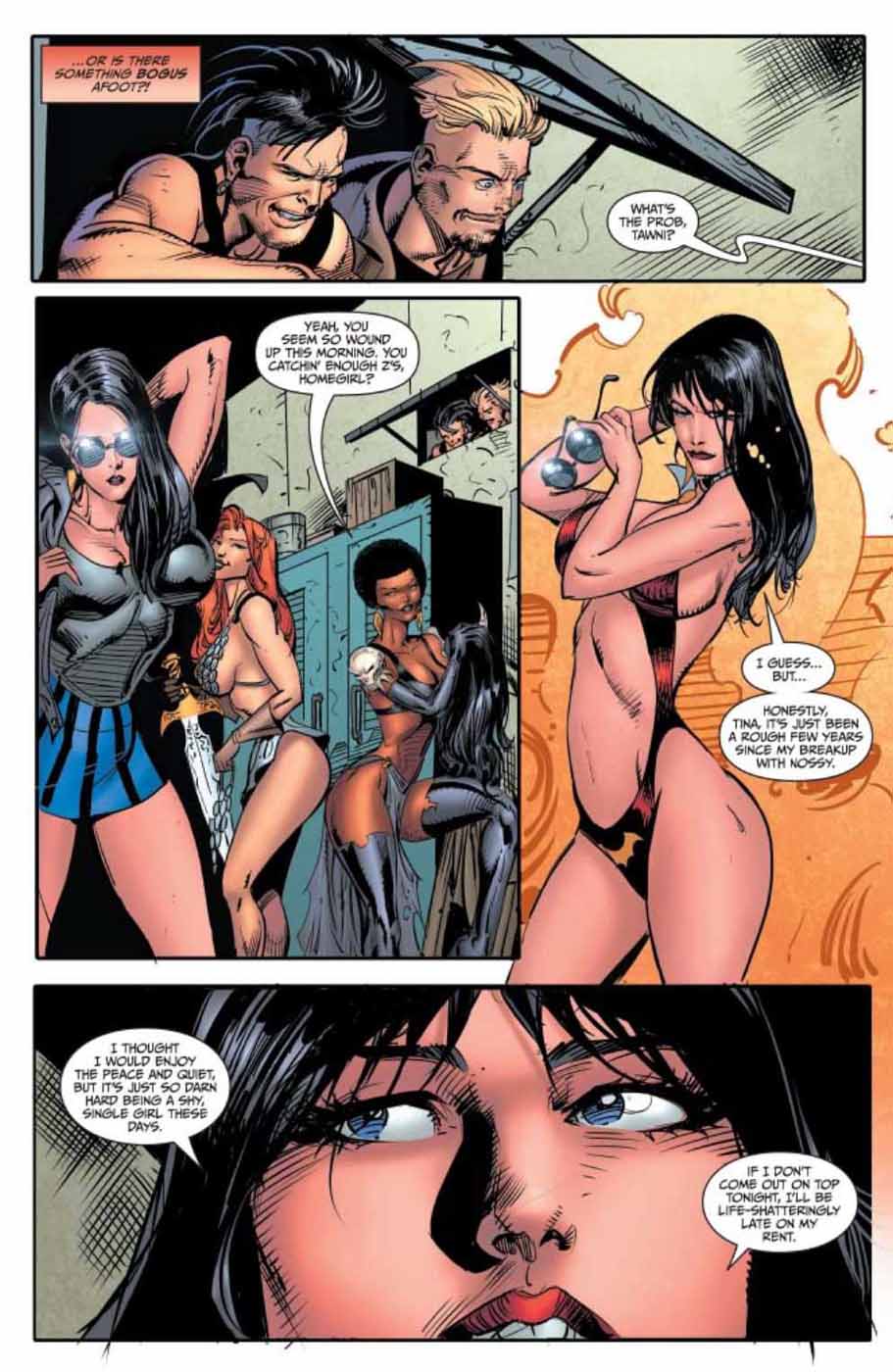 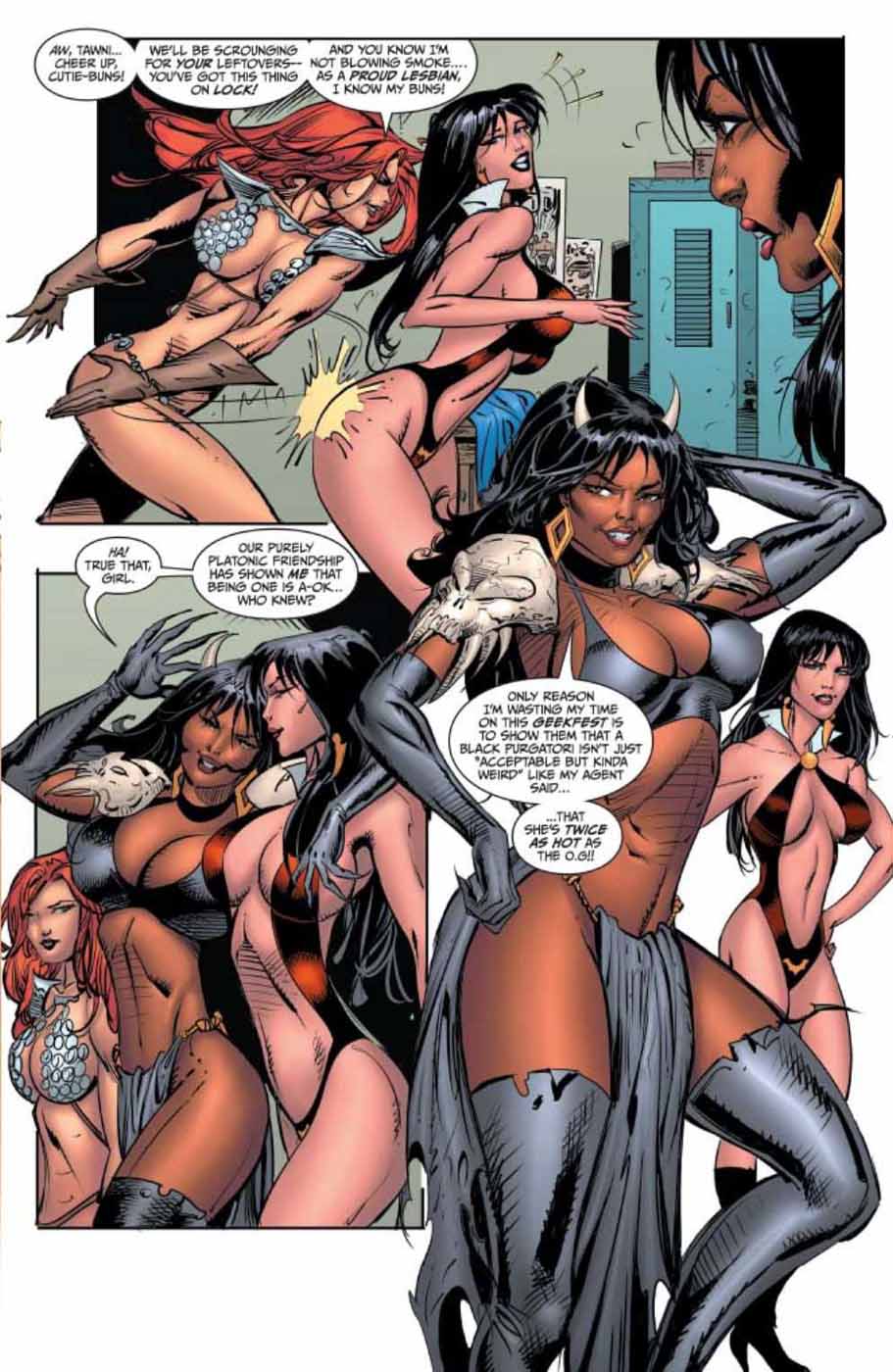