A legendary Space Marine Chapter Master of the Warhammer 40,000 universe, Marneus Calgar leads his elite Ultramarines against humanity’s greatest threats and has had his dark past shrouded in mystery…until now. Marneus Calgar’s never-before-told origin story – from his beginnings on the world of Nova Thulium, his campaigns in the Black Crusades, and to the unfolding mystery of the Black Altar as a deadly threat from his past reemerges to threaten the present of the Ultramar system.

Gillen, a veteran player of the Warhammer tabletop miniature wargame, can barely contain his enthusiasm for the series. « I am venerable enough to have bought Rogue Trader in 1987, » he reveals. « Since then, I like to think every hastily dry-brushed Necron, every badly edge-highlighted Marine, every ignored Harlequin (as painting Motley petrified me) has prepared me for writing the first Warhammer comics for Marvel. If I said, ‹ Getting to explore the roots of Marneus Calgar and setting the stage for Marvel’s Warhammer comics is a dream come true, › I would be betraying everything this grim future should be since ‹ dream › implies the possibility of hope. But getting to do this is the sort of thing Slaanesh would wave in my direction if she wanted me coming over to the tentacle-y side. »

« Or to translate for those less indoctrinated in 40K, » he concludes, « I’m excited. »

Jon Gillard, Games Workshop’s Global Head of Licensing adds: « When we first started working with Marvel on comics, we knew it was going to lead to something exceptional, and it really has. We were both keen to focus on one of the most central Warhammer characters there is and tell their origin story, something that Marvel does oh so brilliantly. Kieron’s depth of Warhammer knowledge mixed with his extraordinary comic writing skill has delivered a unique series that further expands upon the already massive 40K lore. As huge comic fans ourselves we couldn’t be more excited about this first expression of our partnership with Marvel. » 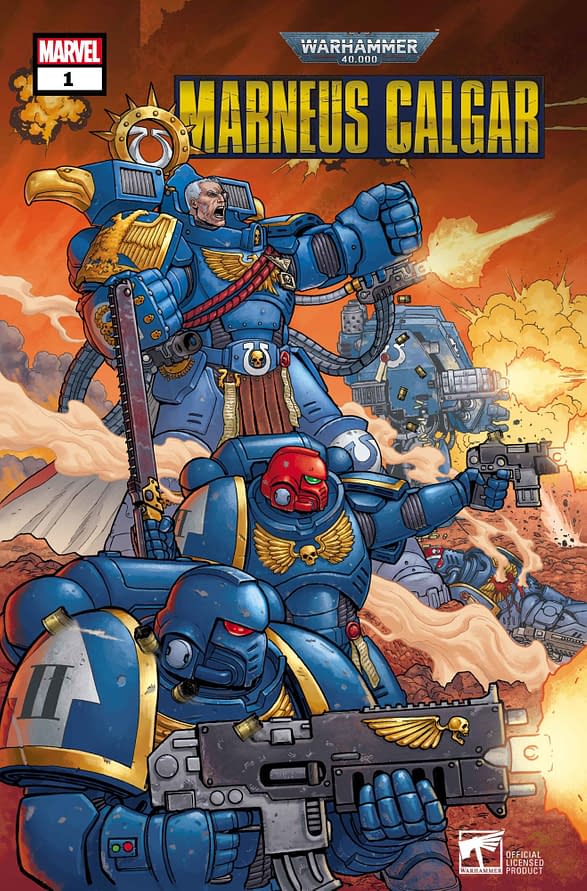