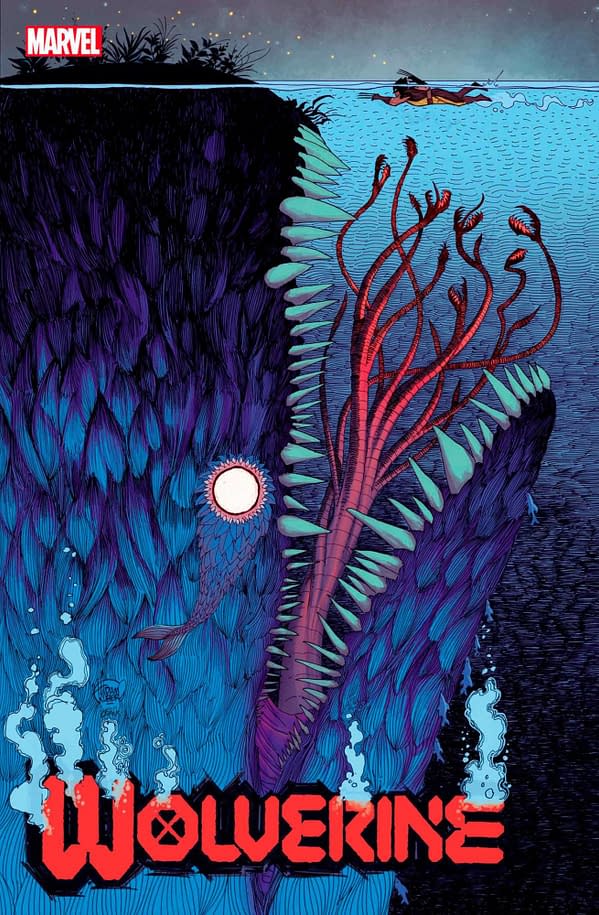 Wolverine #19
MARVEL COMICS
OCT210892
(W) Ben Percy (A) Javi Fernandez (CA) Adam Kubert
THE OLD MUTANT AND THE SEA!
It’s the one that got away…but not for long! The deadliest creature on Krakoa is off its shore, and the deadliest mutant there is will at last set out to hunt the leviathan he encountered on an X-FORCE mission. But can WOLVERINE take down this hidden creature of the deep that’s bigger and stronger and older than math can figure? He better, because no one is safe until he does.
PARENTAL ADVISORY
In Shops: 12/22/2021
SRP: $3.99 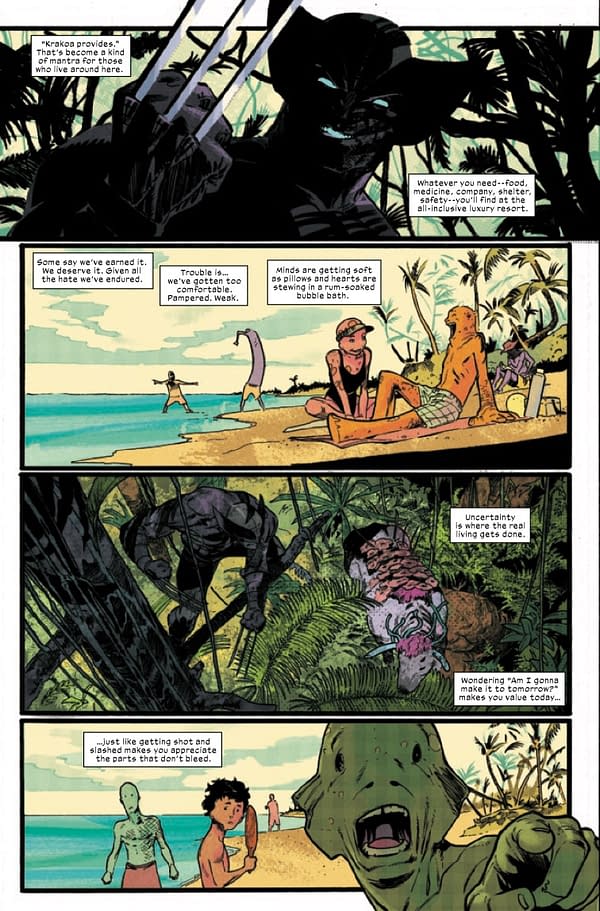 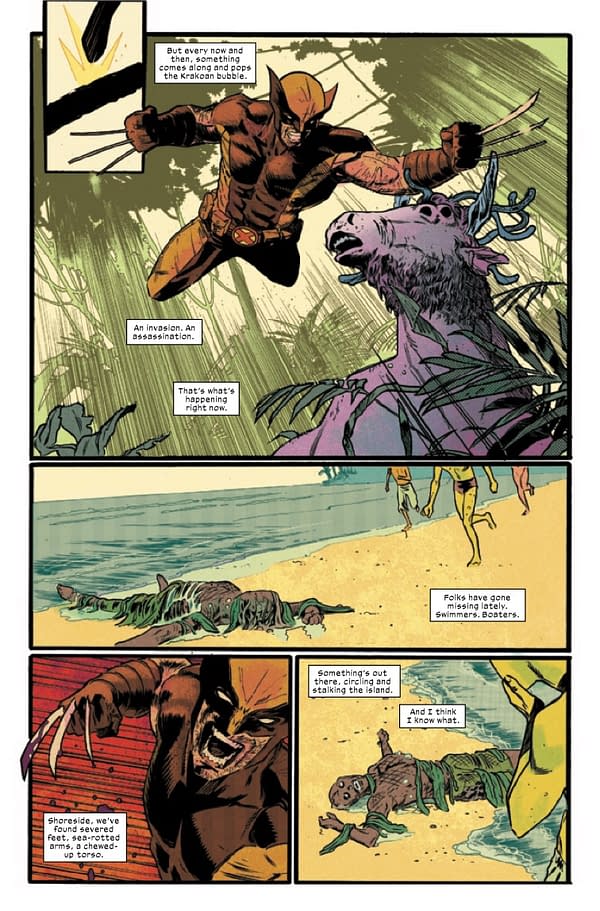 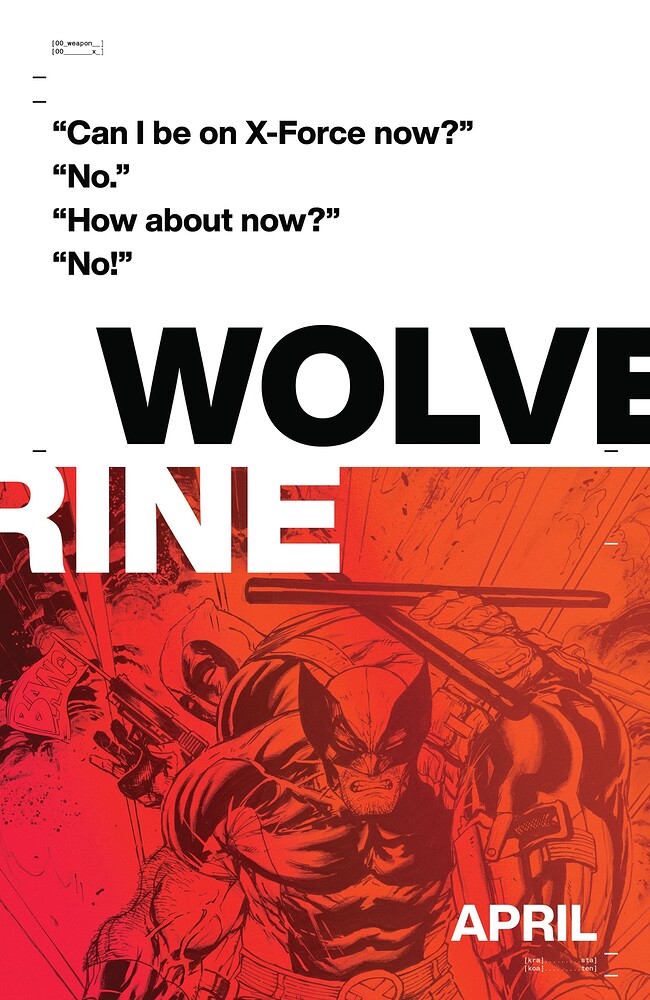 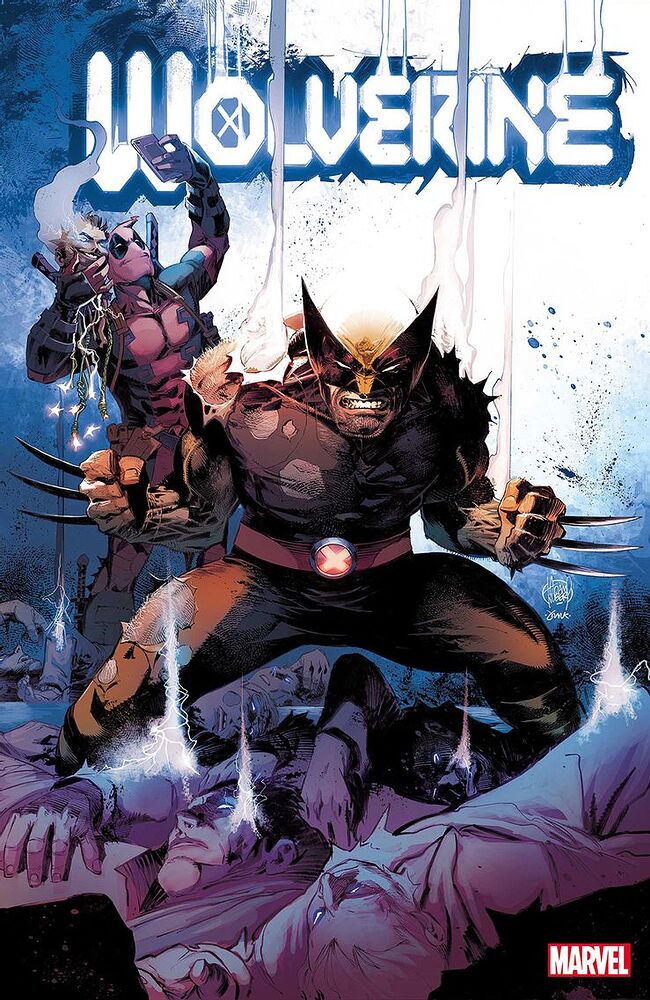 (W) Benjamin Percy (A/CA) Adam Kubert, Frank Martin (CA) Martin Coccolo, Jorge Fornes, Carlos Gomez
THE BRUTAL RETURN OF THE BEST THERE IS…WITH AN UNLIKELY PARTNER!
DEADPOOL was the king of Staten Island - now he wants to be an honorary citizen of Krakoa. WOLVERINE just wants him to shut up. But when Deadpool uncovers a dangerous plot that could mean doom for the mutants’ safe haven, it’s going to take a titanic team-up of the Best There Is and the Merc with a Mouth to quell the threat. But that doesn’t mean Logan has to like it. Featuring Wolverine and Deadpool at their most savage, as well as the return of a fan-favorite X-character to the Krakoan era! (And no, we don’t mean Wade.)
RATED T+
In Shops: Apr 20, 2022
SRP: $3.99 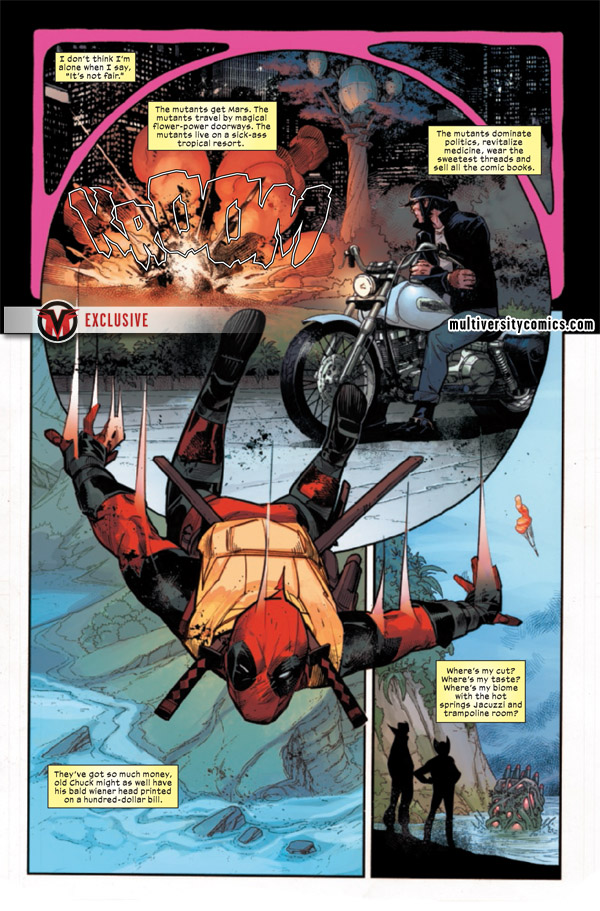 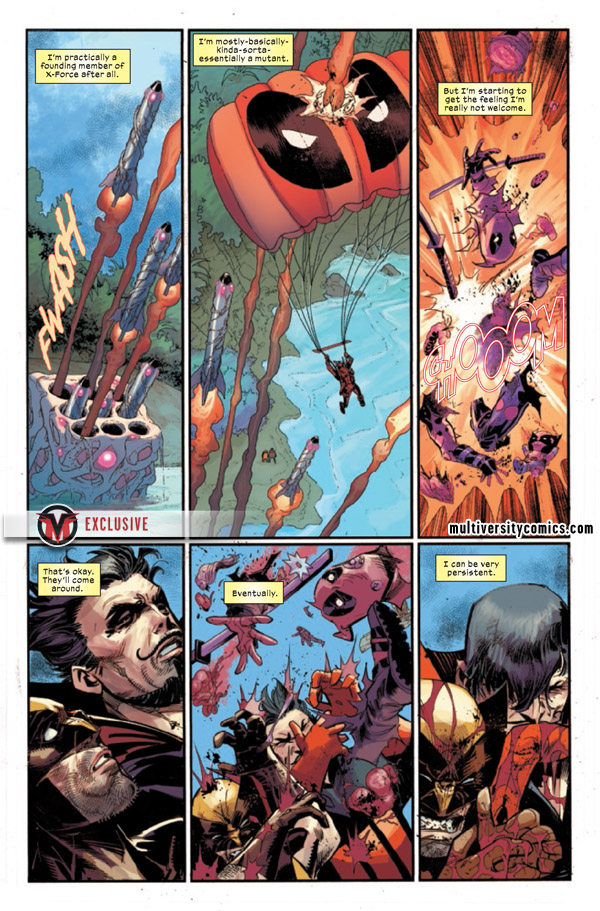 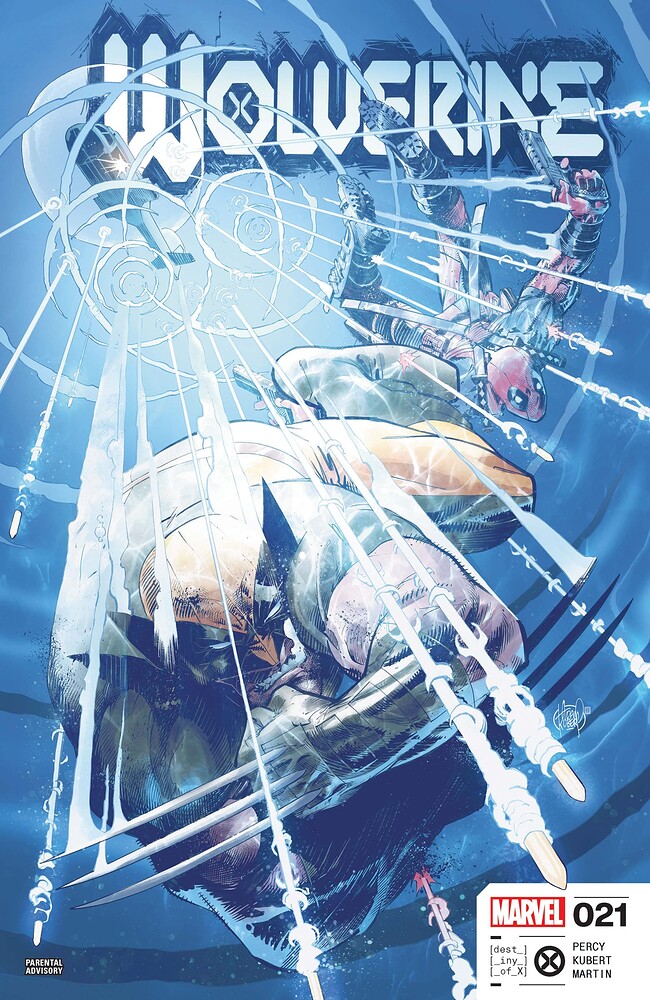 (W) Benjamin Percy (A/CA) Adam Kubert, Frank Martin Jr (CA) Ryan Stegman, Trevor Von Eeden
DEEPER INTO DANGER DANGER DANGER!
Outnumbered and surrounded, WOLVERINE unleashes his berserker rage, and DEADPOOL embraces his deadly fighting skills in a last ditch effort to save mutant lives. But what’s with all the ROBOT X-MEN, and what do they have to do with the X-DESK?
PARENTAL ADVISORY
In Shops: May 18, 2022
SRP: $3.99 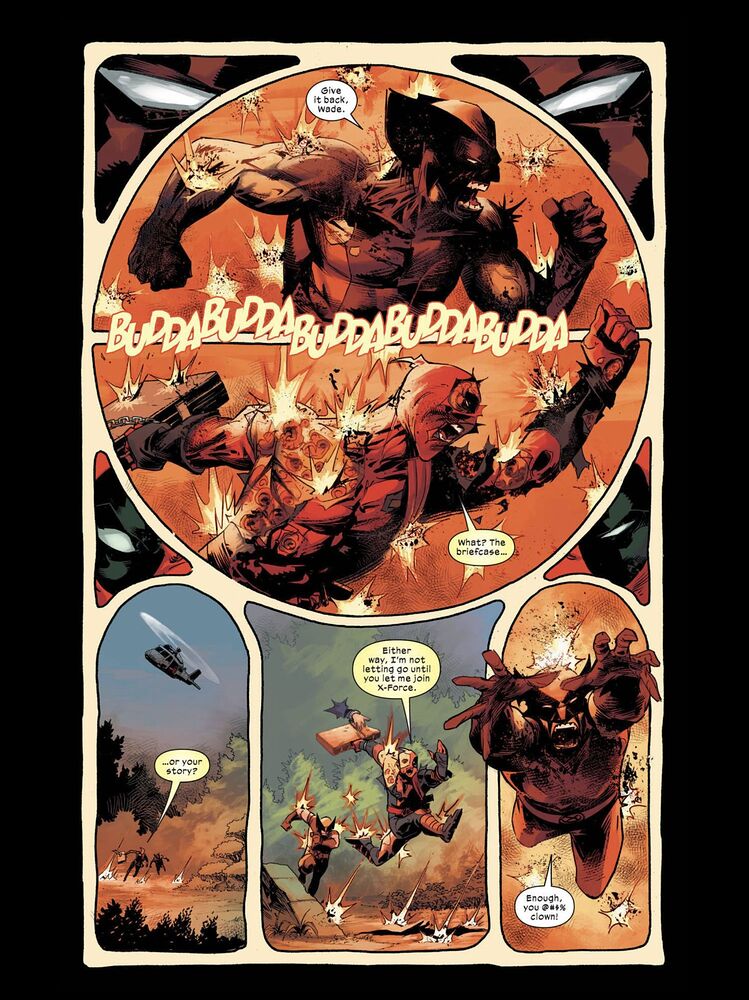 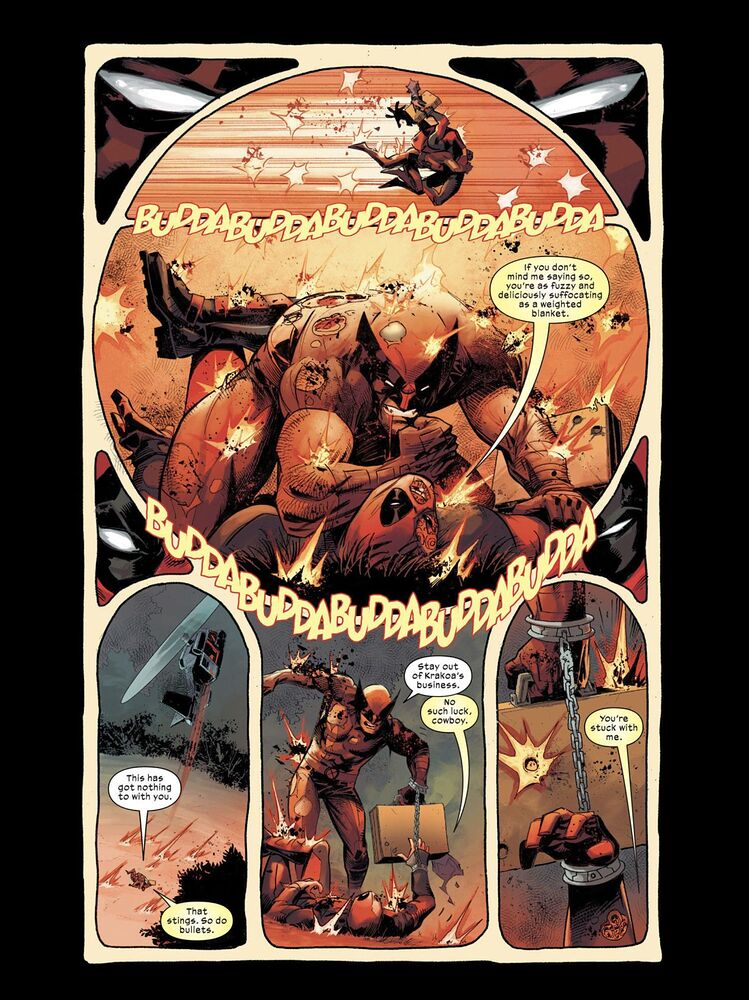