For millennia, the Amazons of Paradise Island have created a thriving society away from the blight of man. One resident, however, is not satisfied with this secluded life — Diana, Princess of the Amazons, knows there is more in this world and wants to explore, only to be frustrated by her protective mother, Hippolyta. Diana finds her escape when Air Force pilot Steve Trevor, the first man she has ever seen, crashes onto their shores. With his life hanging in the balance, Diana ventures into the long forbidden world of men. The Amazons chase after her and bring her back to Paradise Island in chains to face trial for breaking their oldest law…staying separated from the world that wronged them.

Une chroniqueuse qui n’a absolument pas appréciée Wonder Woman : Earth One (il faut dire qu’elle n’a pas saisi l’inspiration : “This whole thing looks like a porn rape fantasy. It’s gross! Stop! Stop portraying women being chained up in some skeevy pose. It makes me cringe when I see this sort of thing, and I sincerely doubt I’m the only one. Rape happens, and I’m all for realistically adding it into a story. What I’mnot for, is half naked women weeping prettily while they arch and writhe. If you’re going to show sexual assault, show it like the ugly ASSAULT that it is.”) a diffusée quelques images supplémentaires de l’album :

But in terms of Steve, it’s also — again, there are a lot of characters who play opposite Diana, and we wanted Steve to be very physically opposite to her. Originally, Steve Trevor played the kind of feminine role in the Wonder Woman stories. He always seemed kind of boring next to Wonder Woman and all the girls in the stories. And I find it really hard to believe she would have any interest in this man at all beyond the scientific. So I found it much more interesting to have a man who seems potentially much stronger than that original slightly milk-softish Steve Trevor from the original. So I just updated him and made him a much stronger looking dude.

You see him as he’s coming up out of the water, when Diana first sees him, and the parachute silks resemble the shell — we were kind of saying, yeah, this guy’s in the feminine role, but think again. This isn’t the Steve Trevor you’re familiar with.

And he’s a much more ambiguous figure in the book. You know, she’s not a love interest, necessarily. And you don’t even know if his intentions are absolutely honorable in the book. So we wanted to make him much more of a complex character that Diana could play off of, rather than the banal figure I felt Trevor was originally.[/quote]

I think the achievements of woman impress them. Again, I have made the Amazonian a little more… it’s not that they’re man-hating but they are actually so far beyond what we are capable of. And we want to pursue that. Rather than make Diana a warrior woman like we have seen in any of these portrayals that we have seen before, she is just better than the men in the story. The soldiers don’t stand a chance against her. They also wouldn’t stand a chance against Amazon science. The Amazons are impressed by poetry and philosophy and science and physical fitness and perfection, but at the same time that makes them slightly stuffy. That’s why I gave them a pseudo-Elizabethan, very rich almost psychedelic culture. It’s been around for so long it’s become frozen and formalized. They’re impressed by invention and philosophy and I don’t think that they would be impressed by what they see in man’s world. Diana has more of an enquiring mind, let’s say.

[quote]Honestly, the original story made it clear these women had been living together on an island for three thousand years. I don’t think when they gave up men, they gave up sex. It was always there. All we’ve done is mention it in the text. I’ve said it in a couple other interviews, I’ve read recently there’s a huge percentage of young people in the west that identify as non-heterosexual. So I don’t think that aspect of a Wonder Woman story is shocking anymore.

As for the bondage, it comes from the original creator of Wonder Woman, William Moulton Marston. He had this idea that Wonder Woman was superior to men. If we all agreed to this philosophy of loving submission, where we would submit to the will of women and be told what to do, it’d make a better world. Again, we took that aspect of the original story, which seems very different from all the other portrayals and made it part of the engine of this story. It’s all about chains, rocks, leashes, truth and lies, and dominance and submission.[/quote] 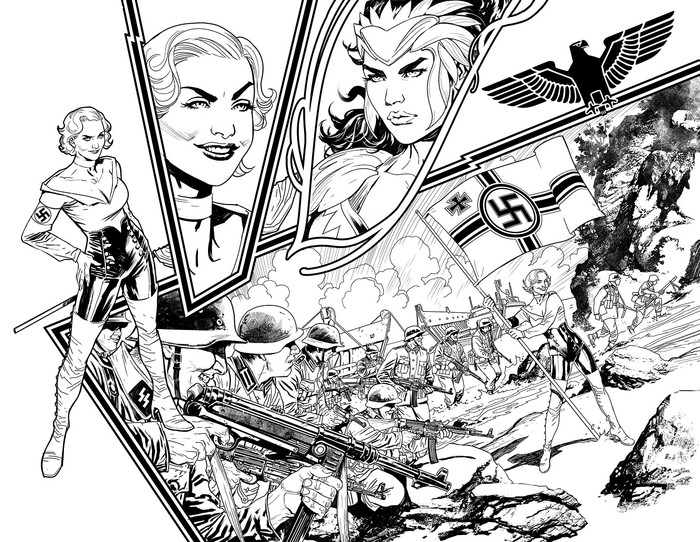 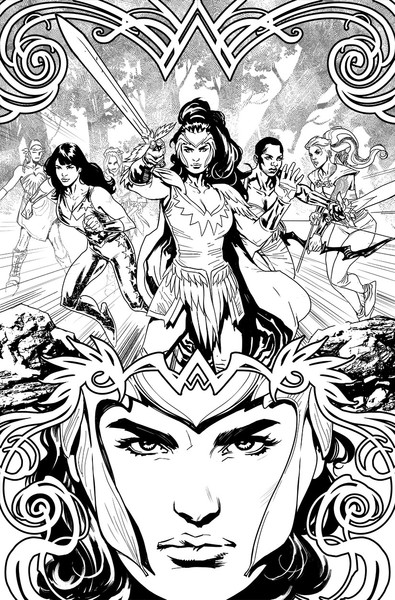 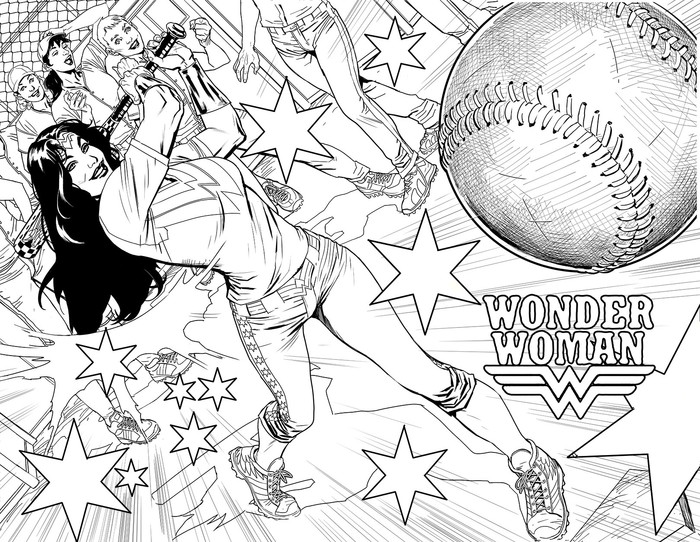 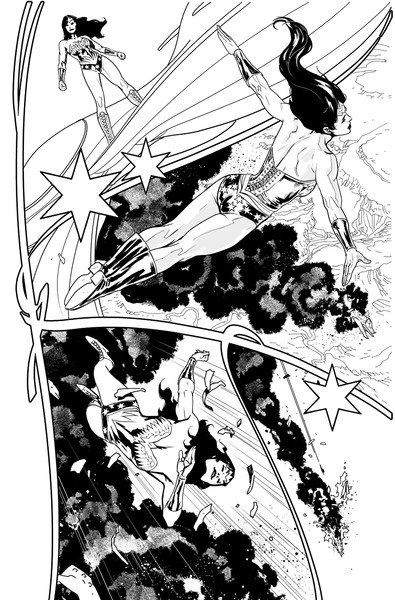 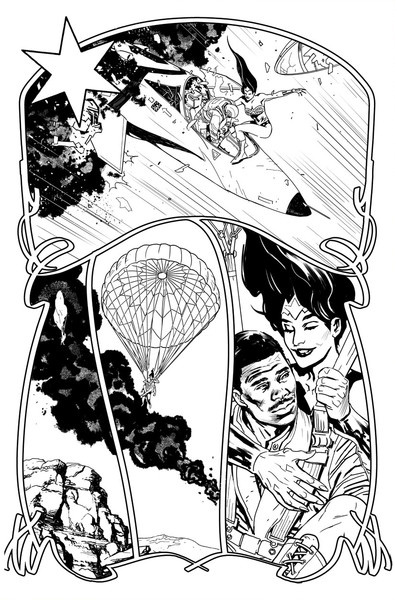 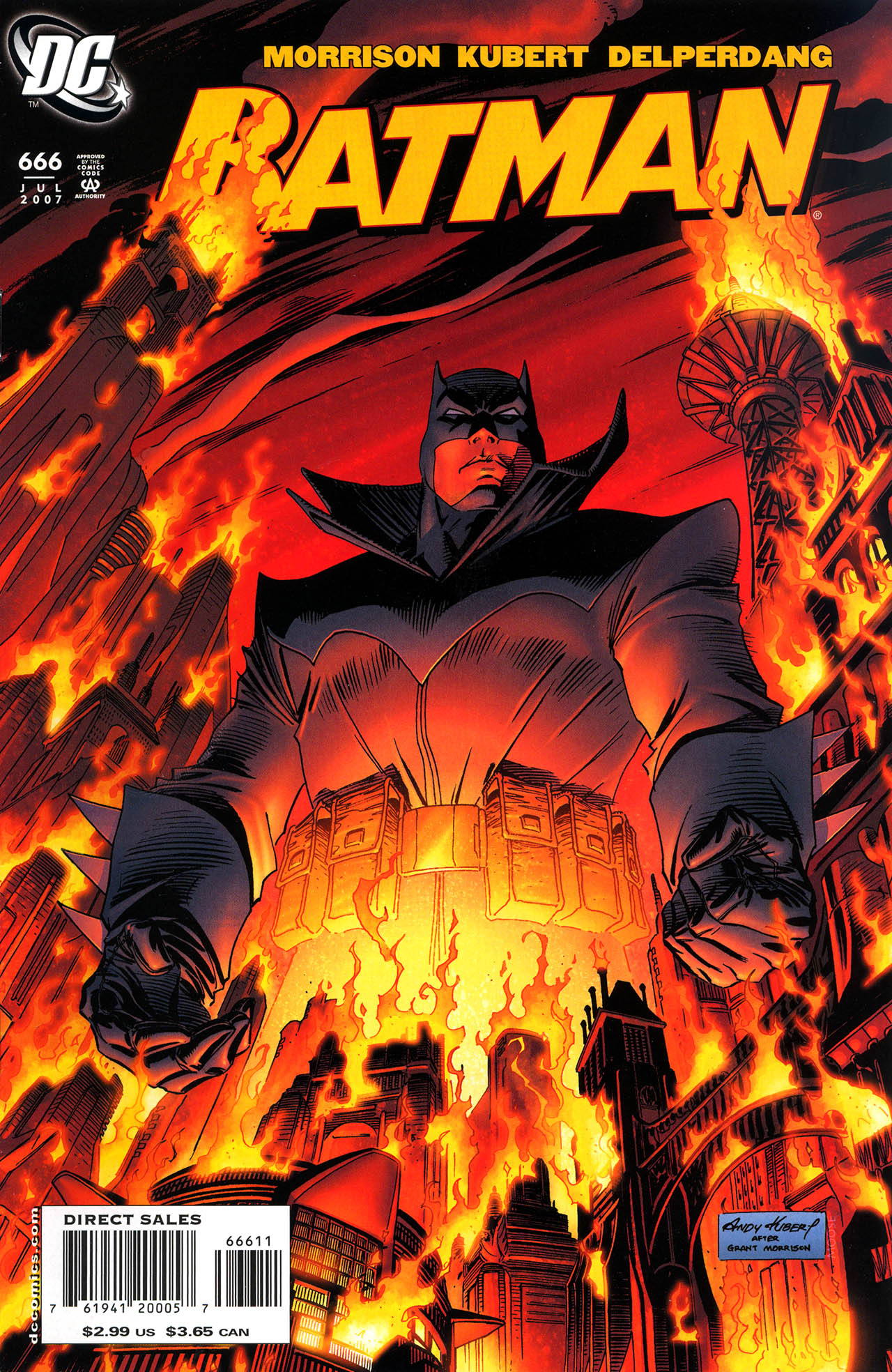 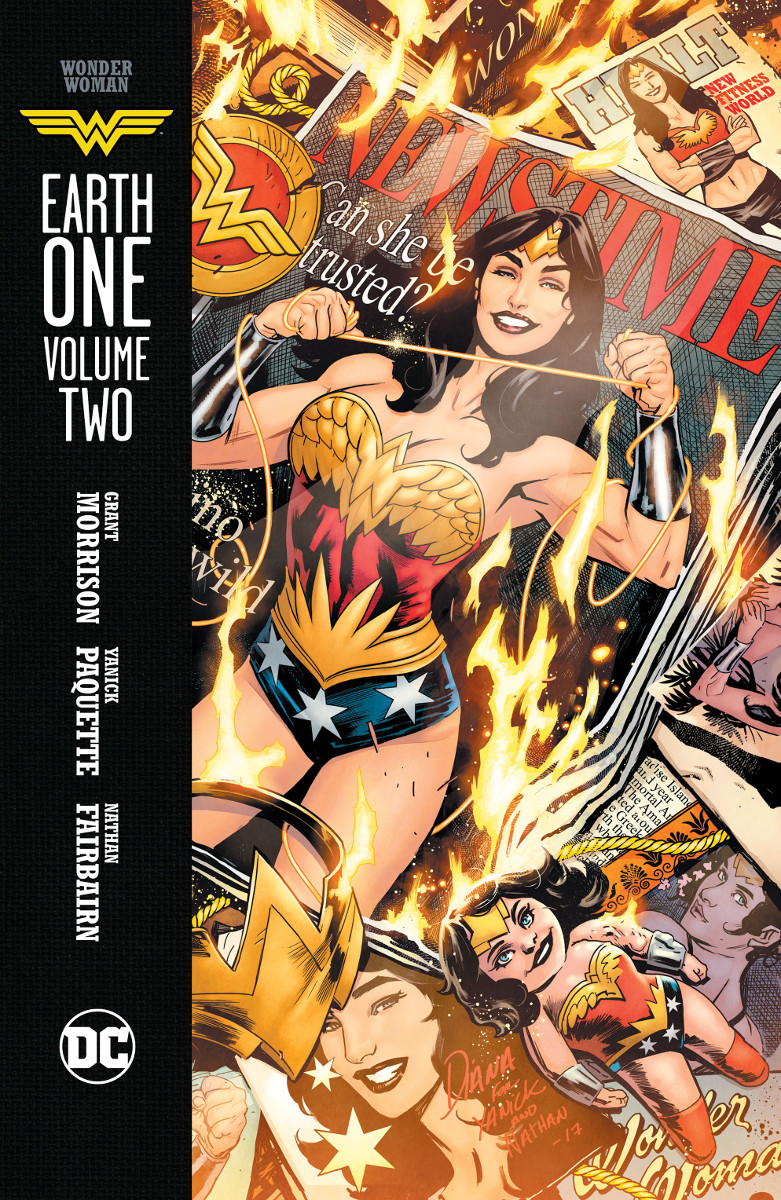 The highly anticipated sequel to the #1 New York Times best-selling original graphic novel is here in Wonder Woman: Earth One Vol. 2 , from the acclaimed creative team of Grant Morrison and Yanick Paquette!

For years Diana of Paradise Island yearned to leave behind the only home she knew for adventures that lay beyond its shores. Now, after a fateful meeting with Air Force pilot Steve Trevor, the Amazon Warrior finds herself in Man’s World. And she is ready for anything that it may throw at her. But is the world ready for Wonder Woman? An American government, fraught with dissension and conflicts foreign to Diana, have deemed her a danger to society. How will Wonder Woman carry out her mission of peace and love in a world that can’t get out of its own way? That is, unless there are more insidious forces at play… Continuing the tradition of critically acclaimed Earth One tales that challenge the status quo of the comics industry, Wonder Woman: Earth One Vol. 2 is Grant Morrison’s latest genre-rocking salvo. With illustrations from Yanick Paquette, this original graphic novel is a classic in the making. 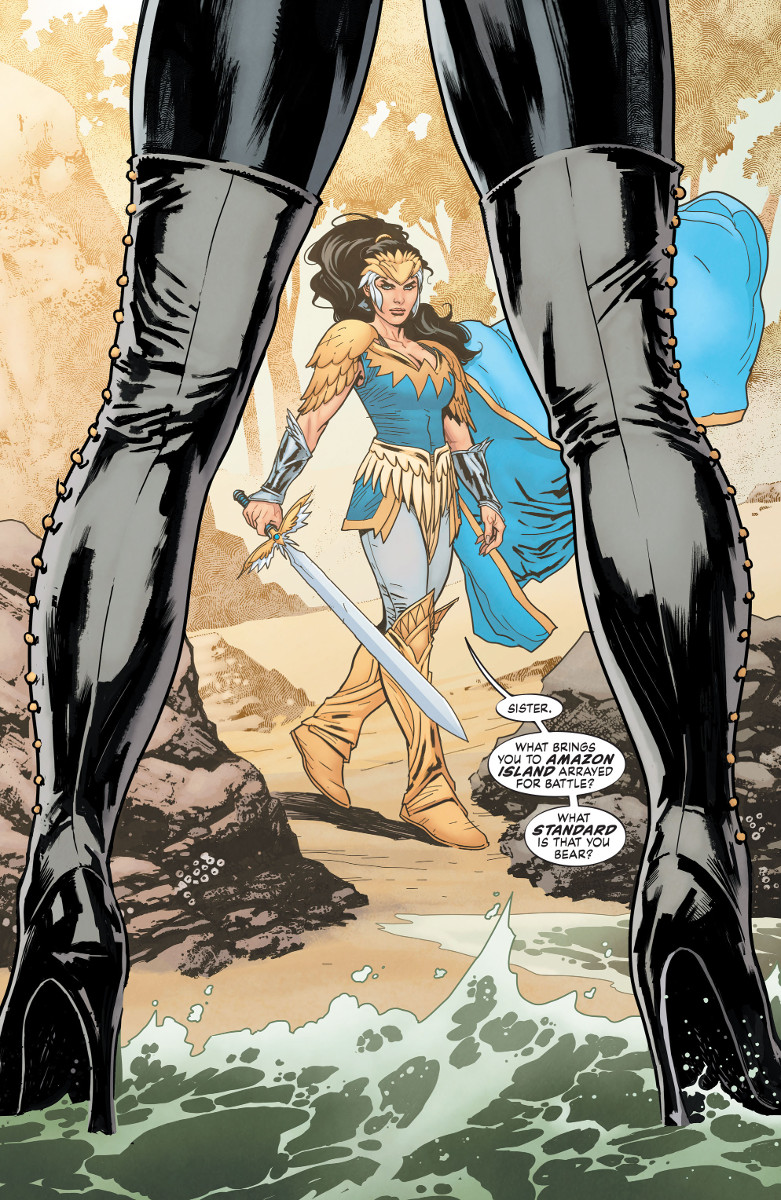 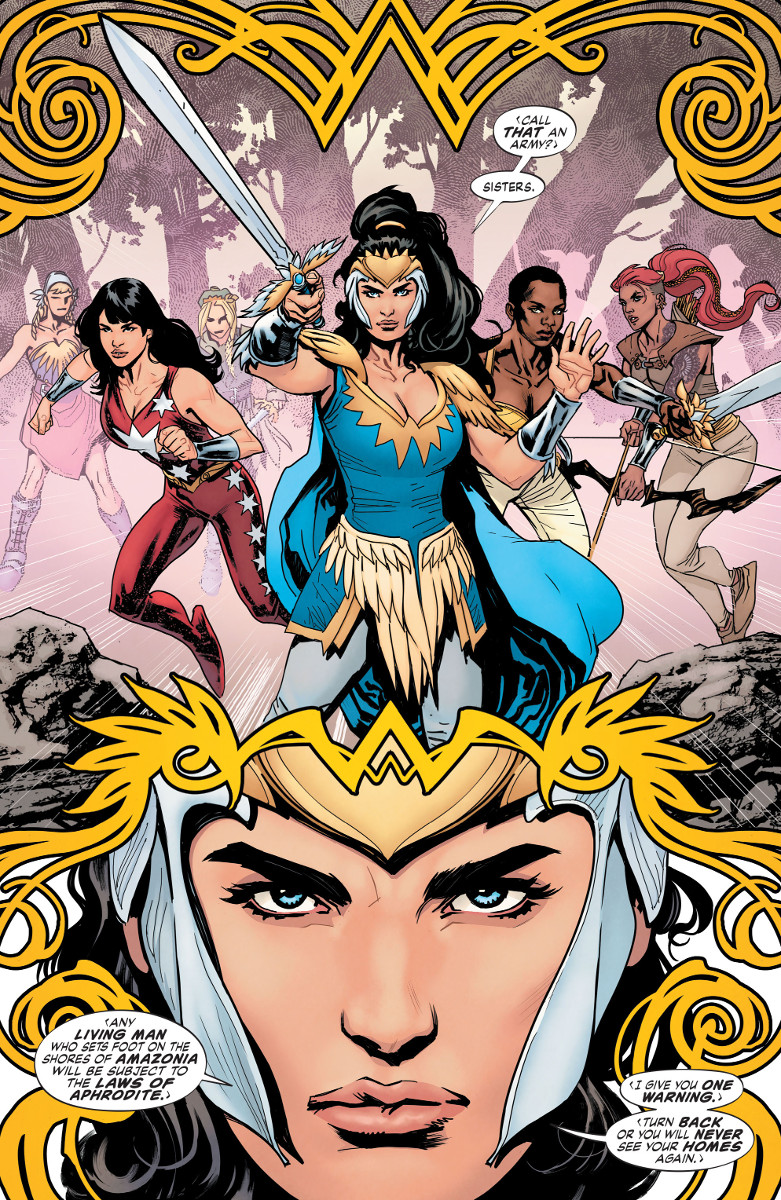