[quote=“Simon Spurrier”]This isn’t a steroidal macho-fest: It’s a slick, nasty, oh-so-grim beast that’ll cut your throat and blow up your headquarters before you even know it’s there.

Switch on the news and you’ve got unmanned drones violating international borders, governments listening in on their enemies — their allies and their own civilians alike, —unregistered aeronautical tech deployed in the field, defected oligarchs dying of radiation poisoning, whistleblowers vilified and so on. So we’re playing with a lot of layers here. Factionalism, politics, violence, plus all the very human-level dramas that underpin any good team book.[/quote]

[quote]Here’s the basic setup: Almost every nation in the Marvel Universe secretly employs superhuman operatives to pursue its covert interests. And always has.

We’re aware of some of these groups: Secret Avengers and MI-13 spring to mind. We’re going to be meeting a lot more. These guys aren’t necessarily about saving the world, they’re about serving the interests of their own people, their own nations. Keeping the home flag flying high.

In our world this endless shadow-game is played using technology and intelligence. In the Marvel U? They have super humans.

Some stuff has happened. One event in particular – we’re calling it “the Alexandria incident” – which has shaken the international intelligence community to its roots. And mutantkind is bearing the brunt.

So Cable has been thinking. He’s realized that the only way mutantkind is going to survive is to start dealing with The Modern World on its terms. Mutants need to start thinking of themselves as a state – without borders, without government, without centralized rule, but still: a disparate country in its own right.

And for that? They need to start playing the shadow game. As Cable himself puts it: “Nation of mutantkind needs a dirty tricks department. We’re it.”[/quote] 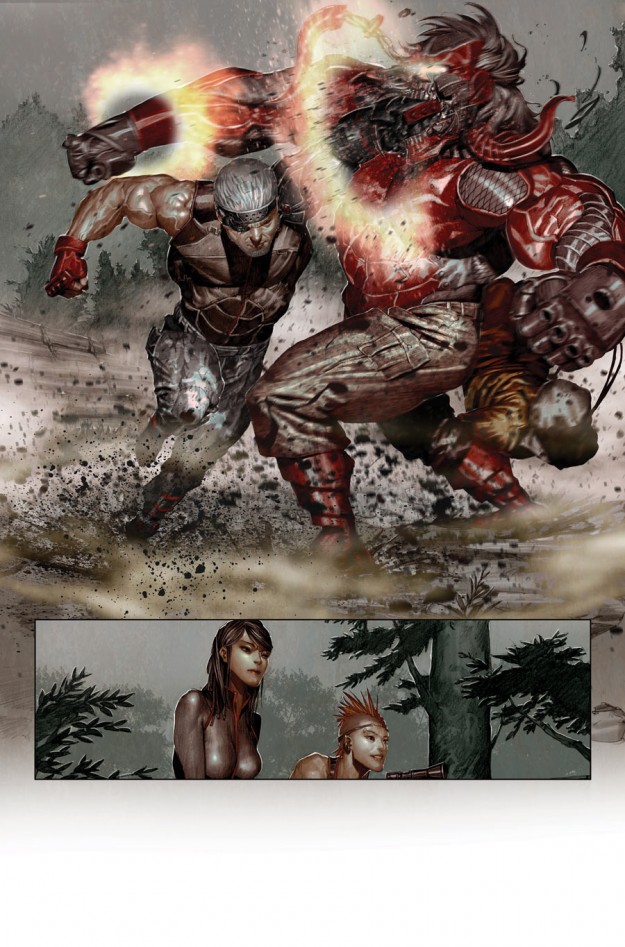 [quote=“Si Spurrier”]The new “X-Force” story begins about a month or two after an event which Cable refers to as “the Alexandria Incident”. All we know about it, at the start, is that a lot of people died and folks are generally blaming mutantkind. One of the major threads in Arc 1 will be about the team – and us – finding out first what happened and second who was behind it. And, oh so much more importantly, third, how it affected the people who were there.

More prosaically: his power set is pretty wonky. Like I said above, the “flawed but determined” dynamic is something I’m keen to champion, so in general I prefer to avoid super-powerful characters in full control of their gifts. In Cable’s case his starting point spins directly out of how he’s left at the end of the current “Vendetta” crossover, so I must be a tad circumspect about giving things away.[/quote]

[quote]X-Force #1
Story by Si Spurrier
Art by Rock-He Kim
Cover by Rock-He Kim, Phil Noto, Katie Cook
Publisher Marvel Comics
Cover Price: $3.99
Release Date Wed, February 12th, 2014
Almost every sovereign state in the Marvel Universe makes use of sanctioned superhumans to protect national interests and pursue a covert agenda. The United States has the Secret Avengers. The United Kingdom has MI13. And mutantkind has X-FORCE. In this dirty, secret, no-holds-barred, deadly game of superhuman black ops, veteran X-Man Cable and his team will spy, torture, and kill to ensure that the mutant race not only has a place in the world…but also a stake in it.[/quote]