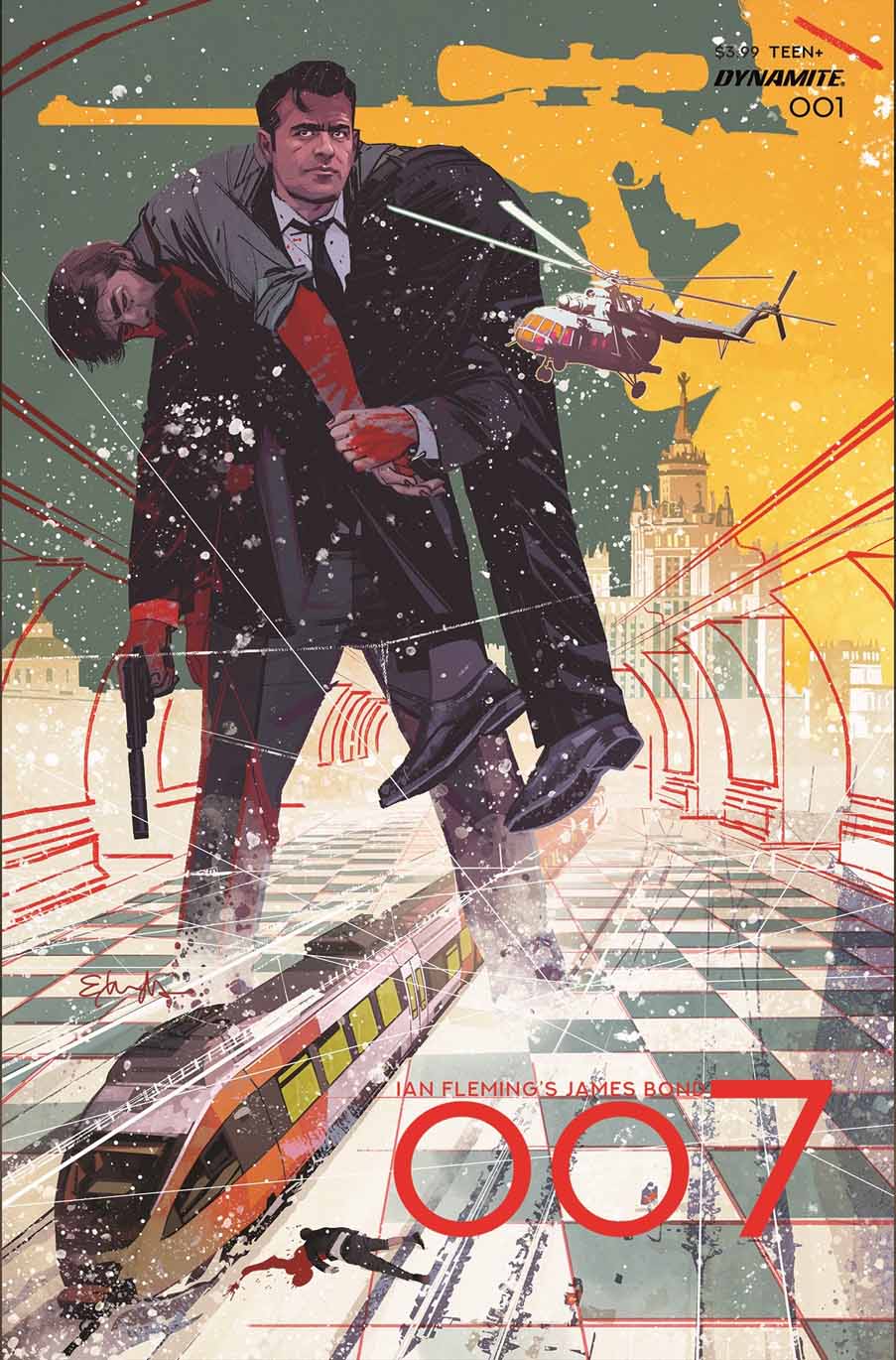 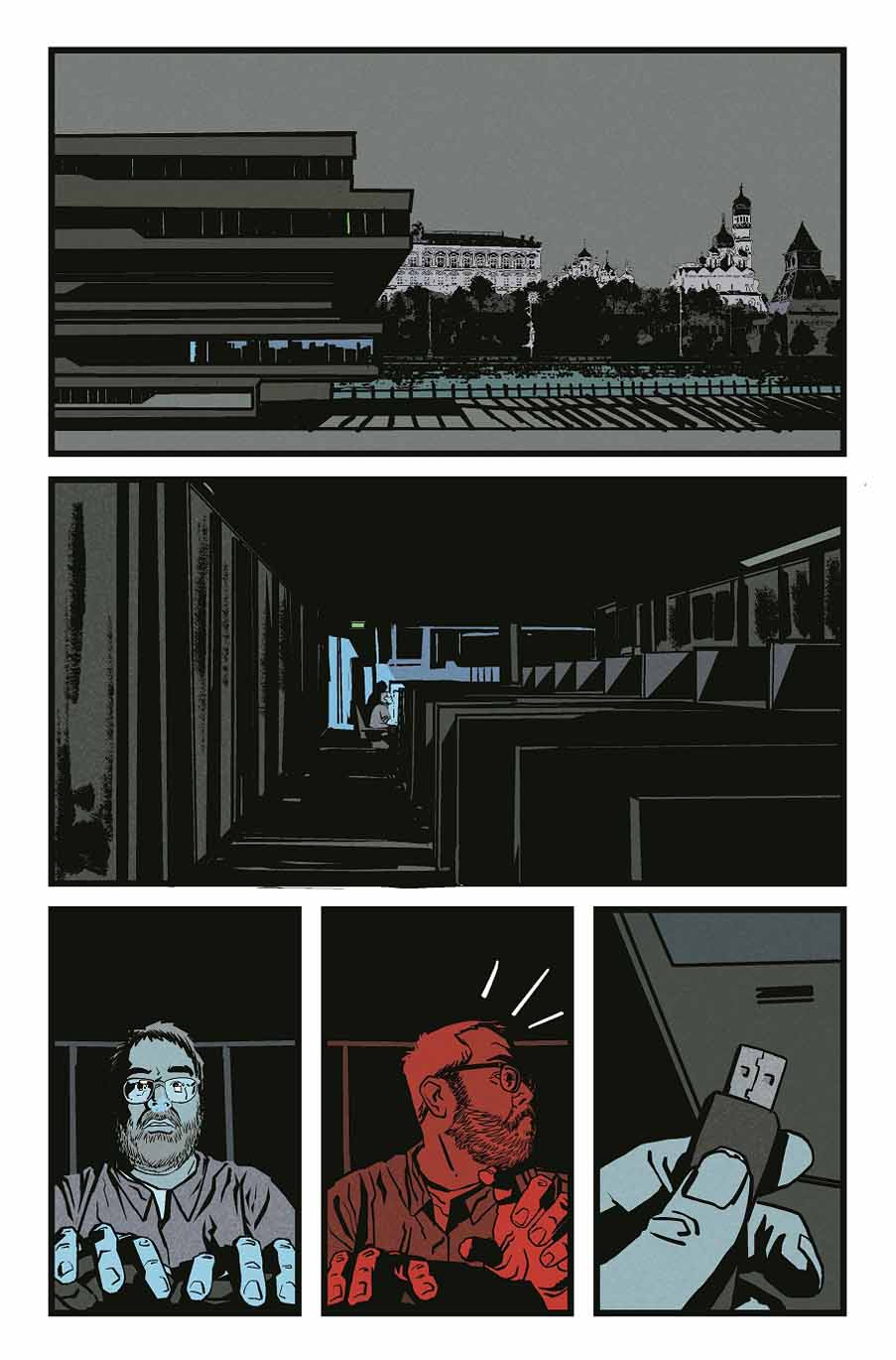 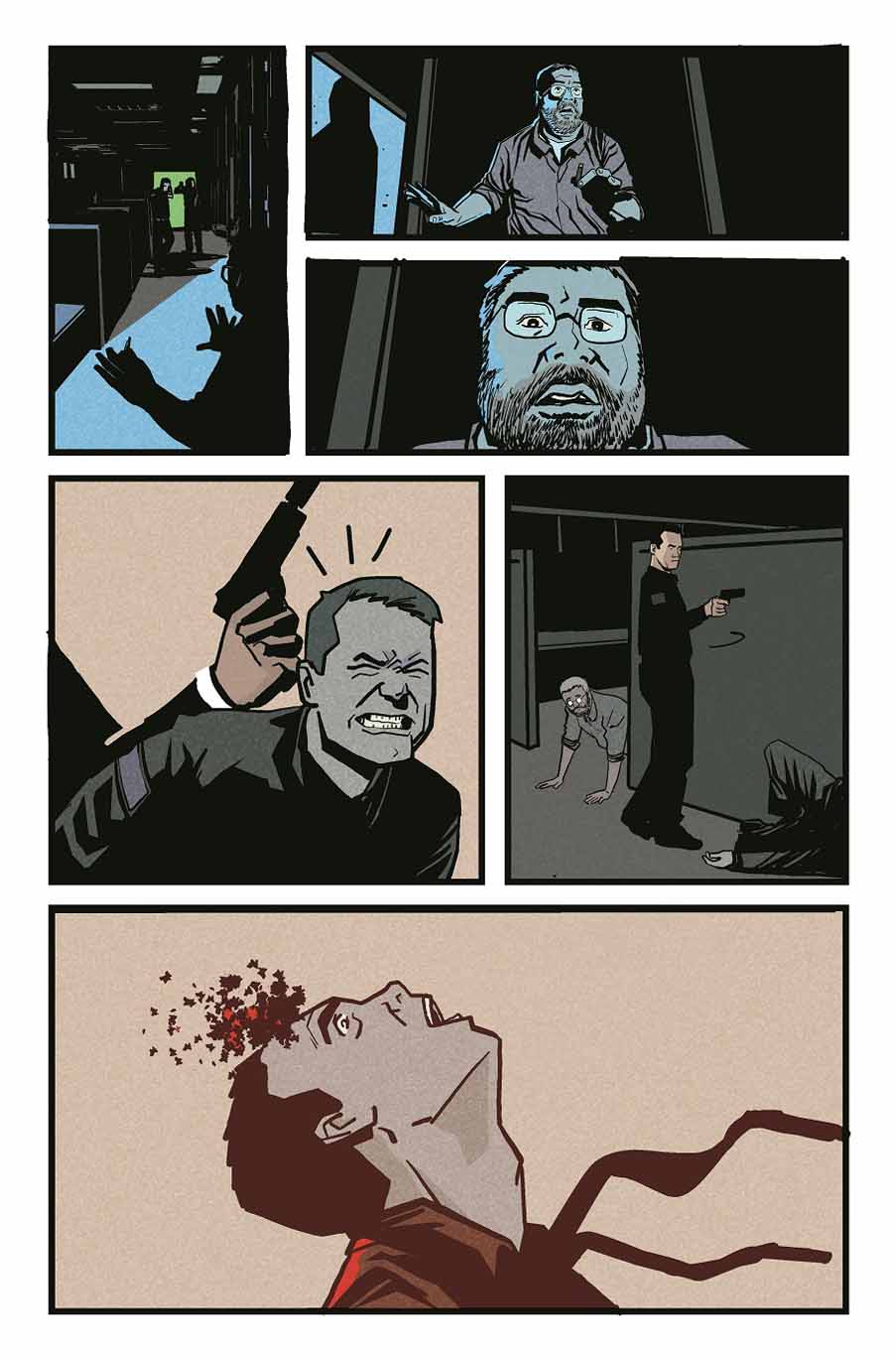 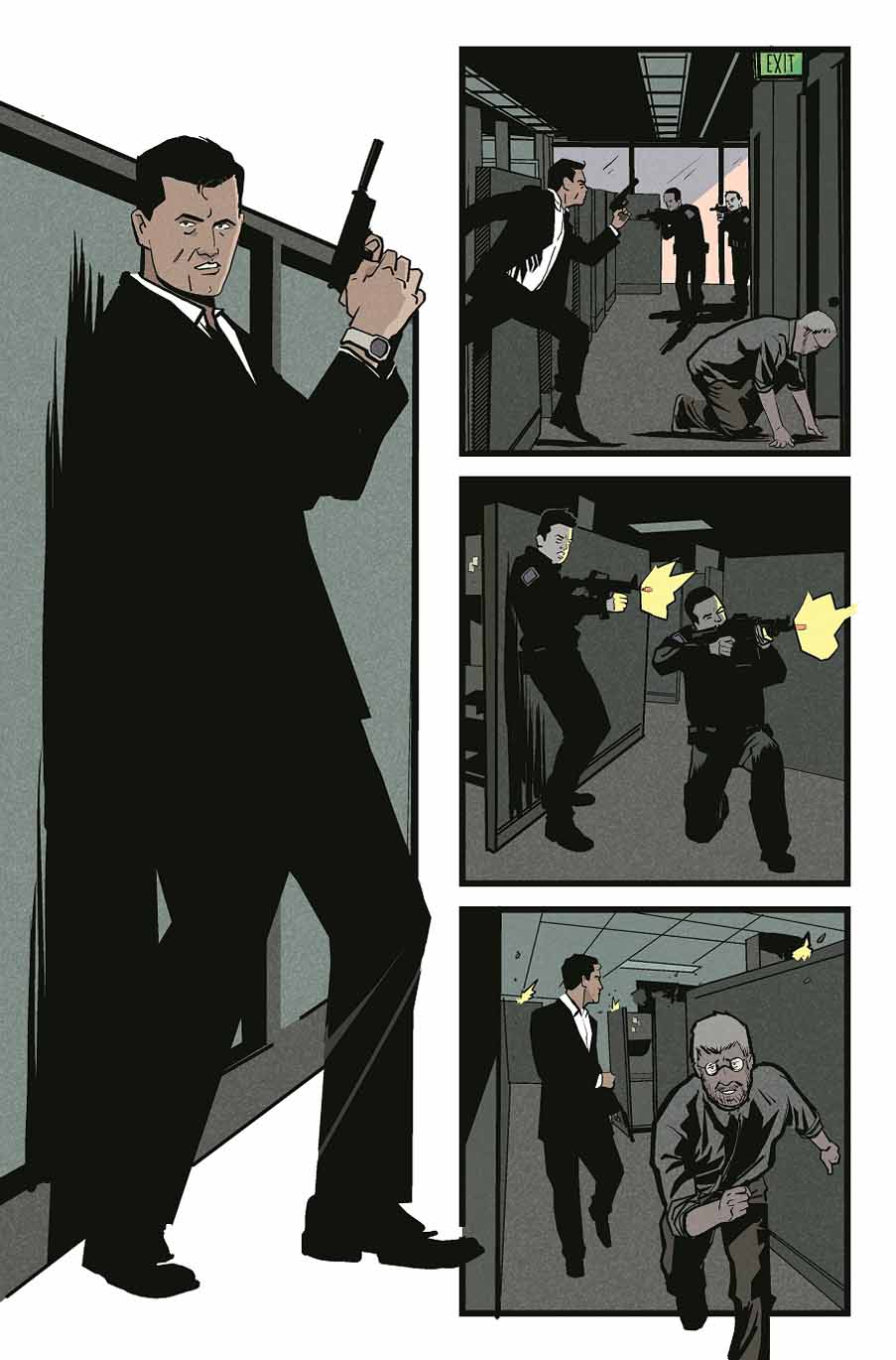 Here’s how Dynamite describes the book:

"The most famous spy in fiction returns to heat up the summer comics season with a thrilling tale of double agents, assassins, old flames and heaps of intrigue. James Bond finds himself outplayed with a metaphorical bad hand on a Russian excursion, forced to eliminate an asset he was meant to extract. A shootout with his enemy counterparts leaves Bond with more questions than answers… questions about their American accents, their bleeding-edge technology, and most importantly, how they seem to know so much about him.

« Abandoned by his superiors, facing suspension at MI6, and questioning his waning sense of duty, 007 gets an urgent message from former 00 agent Gwendolyn Gann, a mentor and old flame from his earliest days. Gann’s gotten back in the spy game, and needs Bond’s help… but will Bond make it on time? And what are her ties to the mysteruous new player known only as Myrmidon? »

"Contributing to the generations-long saga of James Bond is a great honor and a ton of fun,"Johnson said. « Marco and I are going to give readers all the things that make them love Bond – the action and physicality, the tech, the sense of style, the inherent coolness in Bond’s every word and action, but we’re also bringing some things they haven’t seen before. We’ve seen plenty of Special Agent James Bond, but we don’t often see much spycraft in what he does. That’s an element that sometimes gets lost, and I want to bring it back without giving up the car chases or bone-crunching action. We’re also introducing some characters that I’m super excited for readers to meet – characters who put some intriguing new spins on readers’ expectations. »