[quote] Having just (barely!) survived the Battle of Burnside and verging on an Arkham-worthy break­down, the star pulls a Kerouac and gets on the road to find herself.

“Beyond Burnside” Chapter One: The Batgirl you know and love is going global with Eisner Award-winning and New York Times best-selling writer Hope Larson (A Wrinkle in Time, Goldie Vance) and all-star artist Rafael Albuquerque (AMERICAN VAMPIRE). In order to up her game, Babs travels to Japan on a quest to train with the most elite modern combat masters of the East. But when a chance meeting with an old friend puts a target on her back, Batgirl may need to use her new skills to solve a deadly mystery.
[/quote]

Description: “Beyond Burnside,” part 3! After Batgirl faces off against a second villain with the mark of “The Student,” she must set off to Korea to get to the bottom of the mysterious attacks before someone close to her gets caught in the crossfire!

“Beyond Burnside” part four! Batgirl realizes too late that she’s fallen right into Teacher’s trap! If she’s going to get to Shanghai in time to save Kai, she’ll have to track down this mysterious new villain and end things once and for all.
[/quote]

“RETURN TO BURNSIDE”! On what should be a relaxing flight back home, Babs finds herself and her fellow passengers in mortal peril from…Poison Ivy? Batgirl must get to the bottom of Ivy’s attack and save the plane if she ever wants to see home again!

“Son of Penguin” part one! Babs is back in Burnside! But everything’s…different—friends, school, even Burnside itself. Batgirl must determine her next steps when she realizes that the shady new tech mogul moving into her neighborhood is none other than the estranged son of the Penguin![/quote]

Description: “Son of Penguin” part one! Babs is back in Burnside! But everything’s…different-friends, school, even Burnside itself. Batgirl must determine her next steps when she realizes that the shady new tech mogul moving into her neighborhood is none other than the estranged son of the Penguin!

Description: “Son of Penguin” part two! It’s hard enough to juggle a new boyfriend when you’re not secretly investigating him for super-villainy! But is Batgirl dating Ethan Cobblepot to get to bottom of his new tech business…or could she actually like him? Plus, Magpie strikes!

“SON OF THE PENGUIN” part three! Meeting your boyfriend’s parents is always stressful. But when by “parents” you mean “the Penguin” and by “meeting” you mean “punching in the face”…well then, you must be Batgirl! Babs gets to the bottom of Penguin’s involvement in Burnside and decides once and for all if Ethan is a hero or a villain.[/quote] 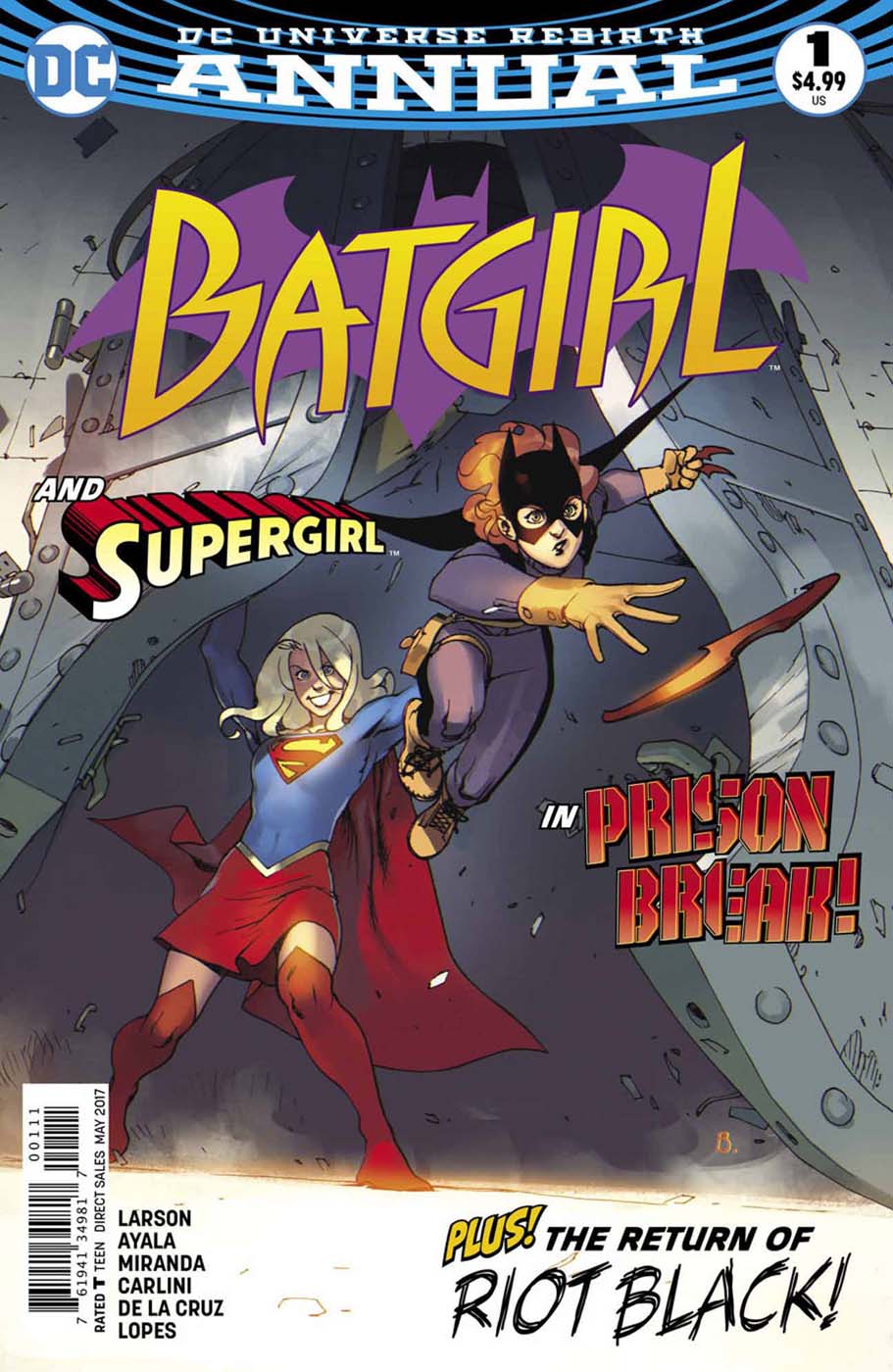 Description: Batgirl and Supergirl must team up to break into Arkham Asylum! In this all-new Rebirth annual Batgirl must seek Supergirl’s help to solve a mystery that leads them to the heart of the most insane insane asylum there is! But what they discover - and who they discover - in Arkham will lead to a much, much bigger story! 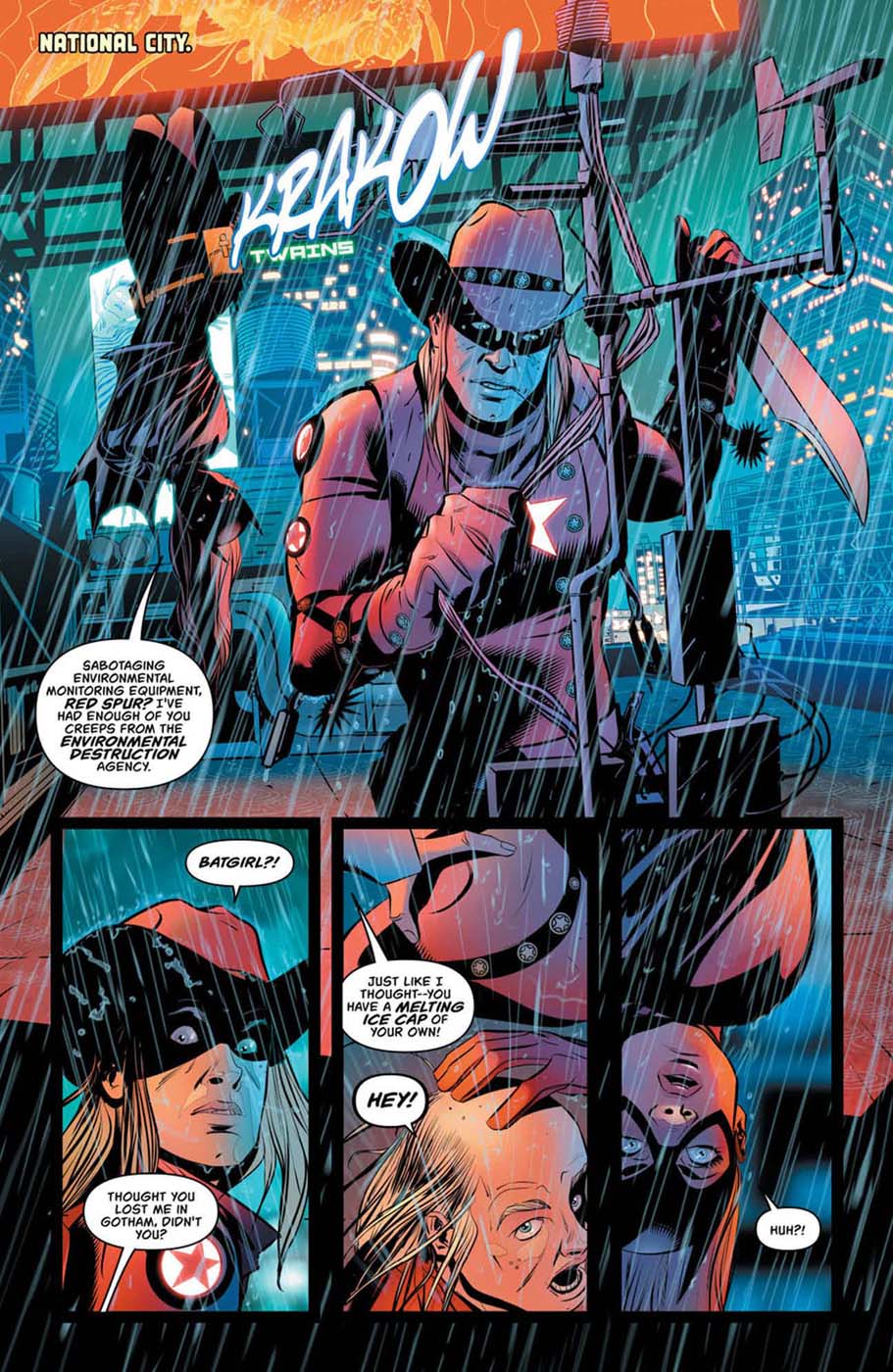 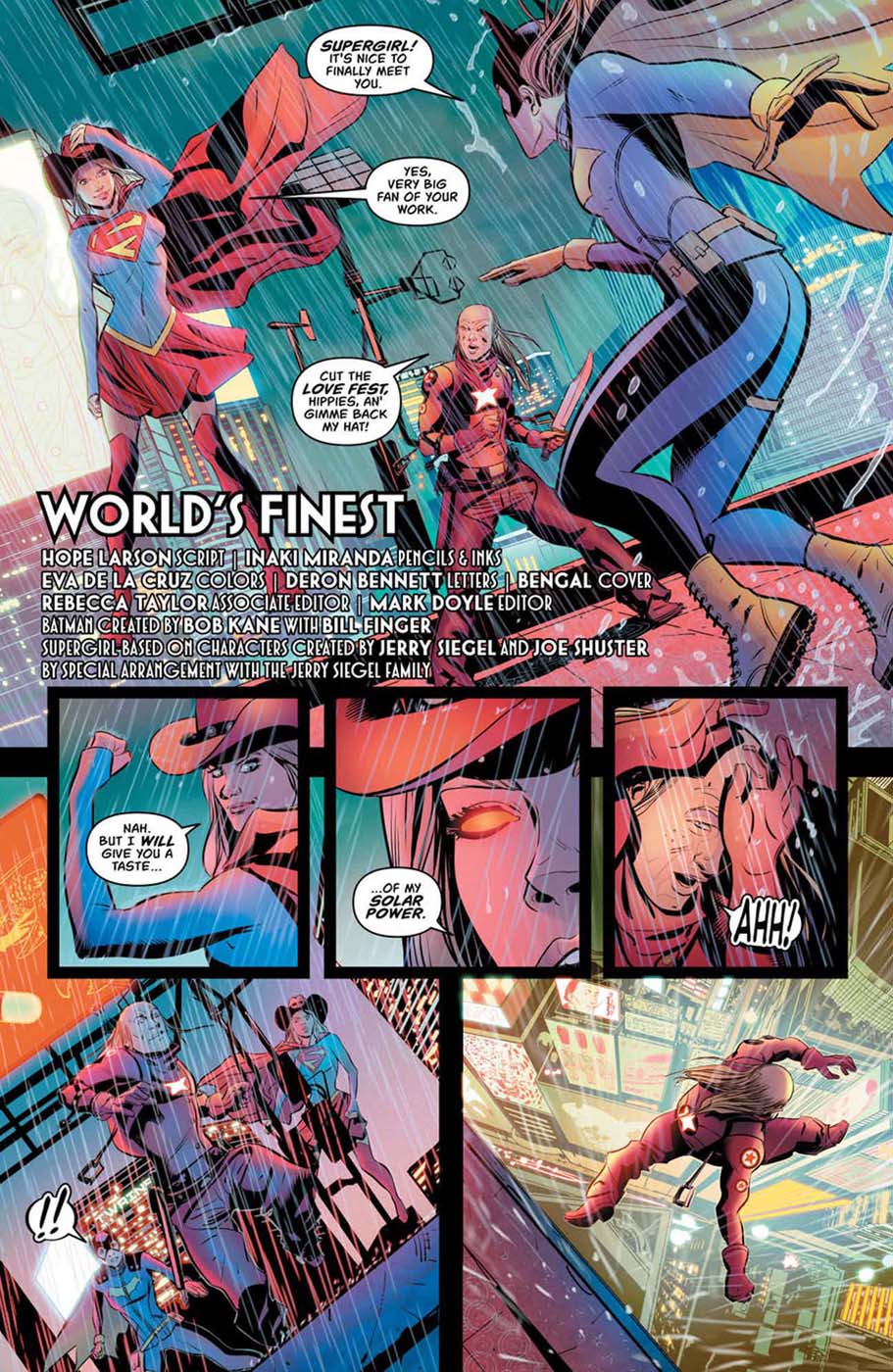 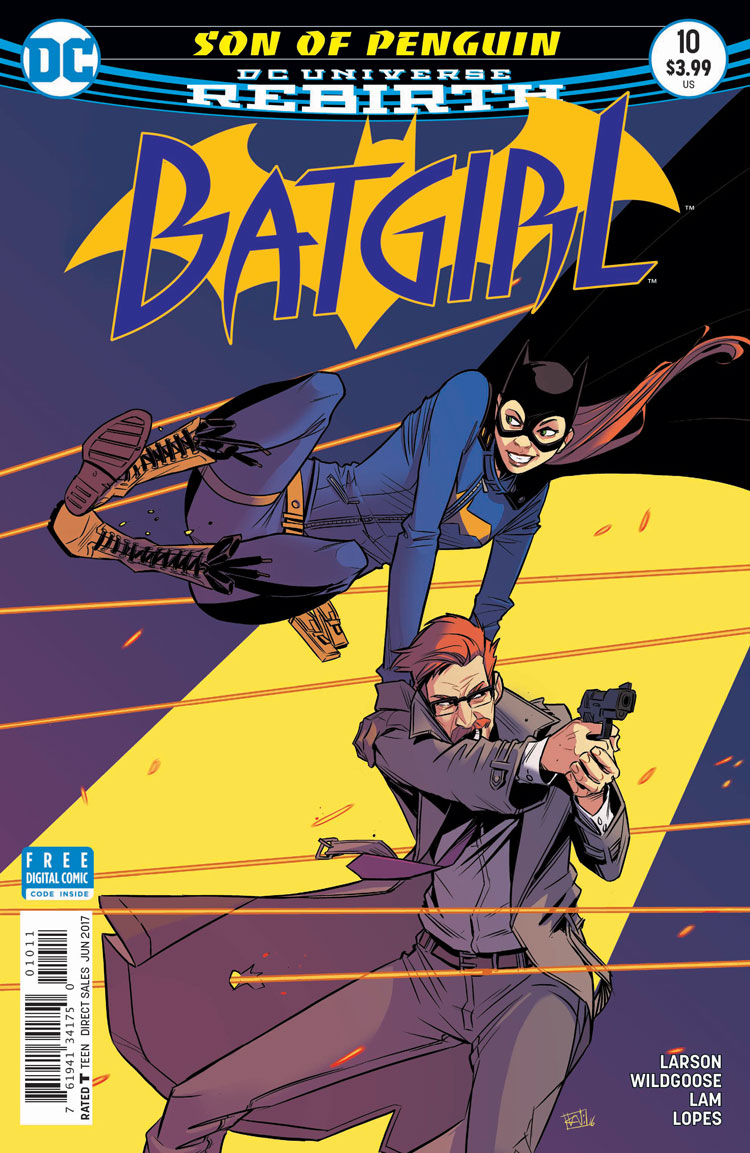 “Son of the Penguin” part four! Ethan Cobblepot has shown his true colors: he’s a Penguin, through and through! Or is he? Can Batgirl turn his ambitions into a force for good—before he can turn Burnside against Batgirl?[/quote] 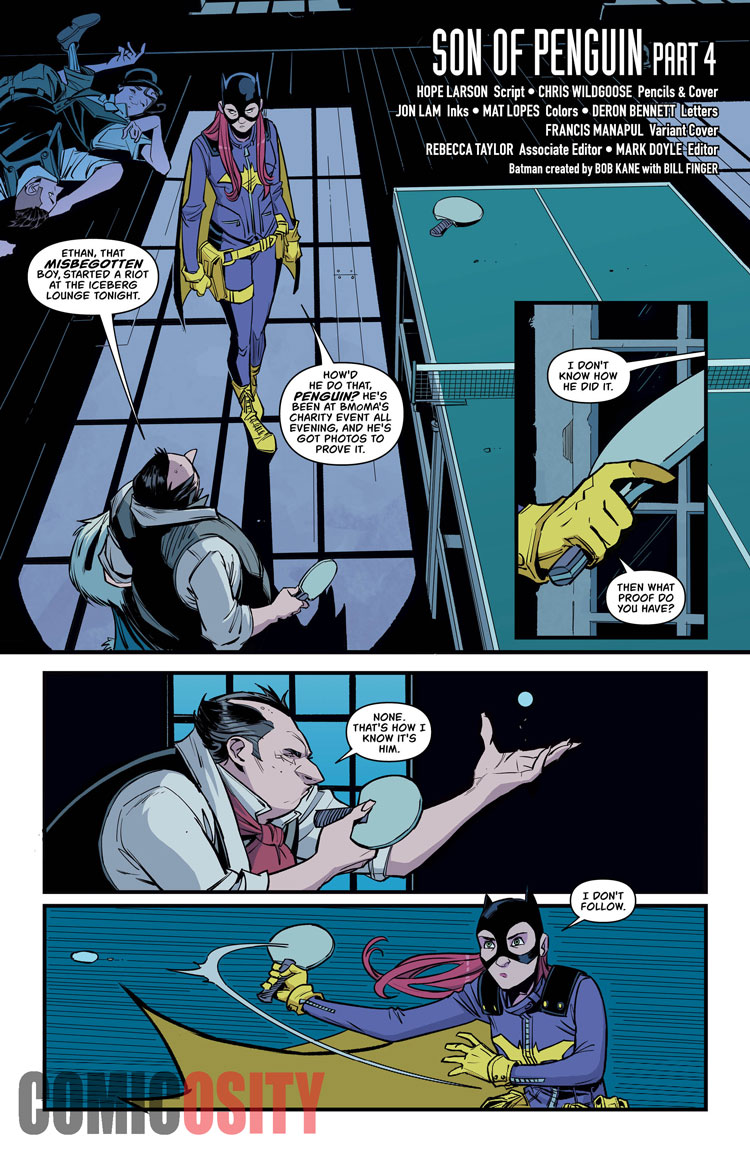 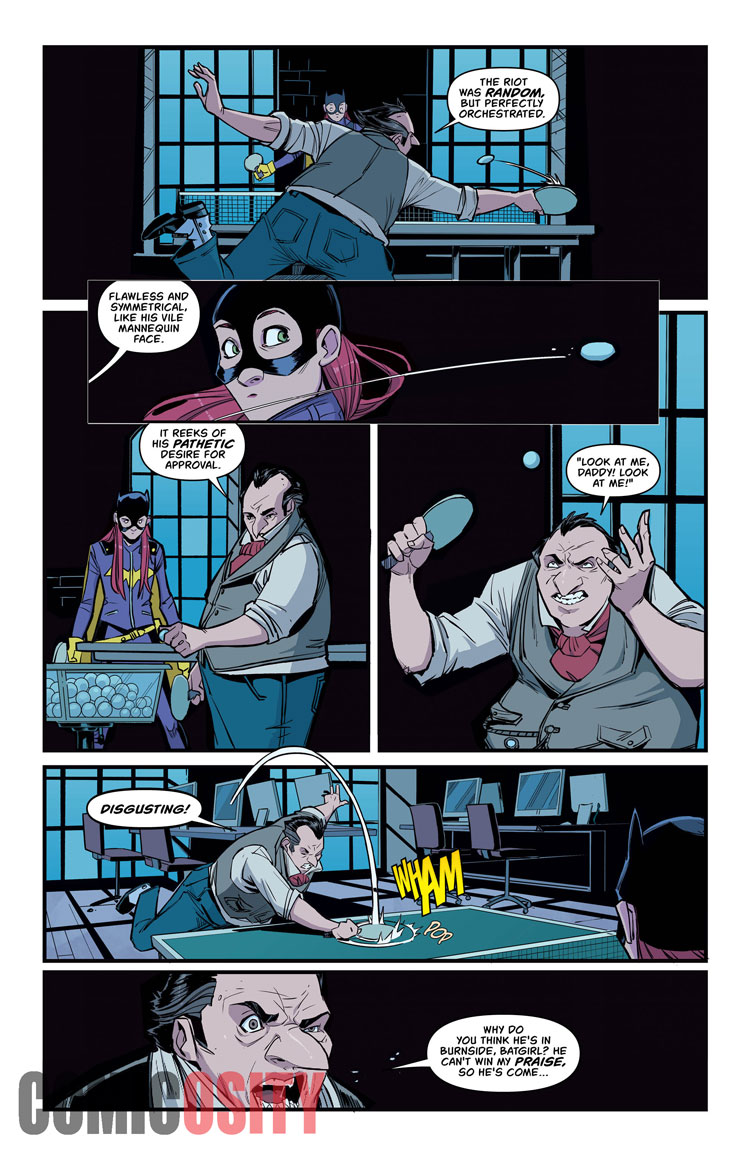