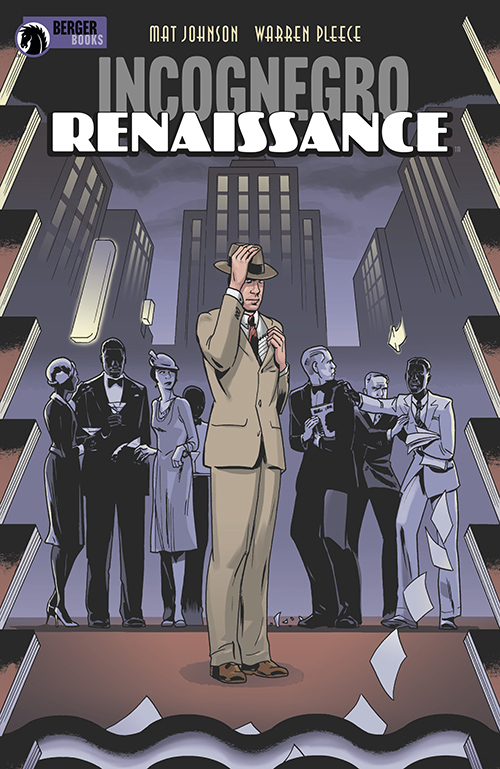 “When a black writer is found dead at a scandalous interracial party in 1920s’ New York, Harlem’s cub reporter Zane Pinchback is the only one determined to solve the murder. Zane must go “Incognegro” for the first time, using his light appearance to pass as a white man to find the true killer, in this prequel miniseries to the critically acclaimed Vertigo graphic novel, now available in a special new 10th Anniversary Edition.”

“With a cryptic manuscript as his only clue, and a mysterious and beautiful woman as the murder’s only witness, Zane finds himself on the hunt through the dark and dangerous streets of “roaring twenties” Harlem in search for justice.”

“A page-turning thriller of racial divide, INCOGNEGRO: RENAISSANCE explores segregation, secrets and self-image as our race-bending protagonist penetrates a world where he feels stranger than ever before.” 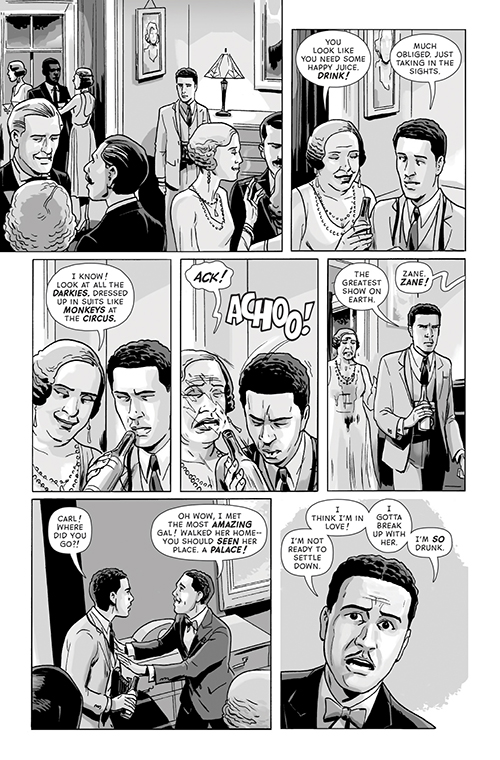 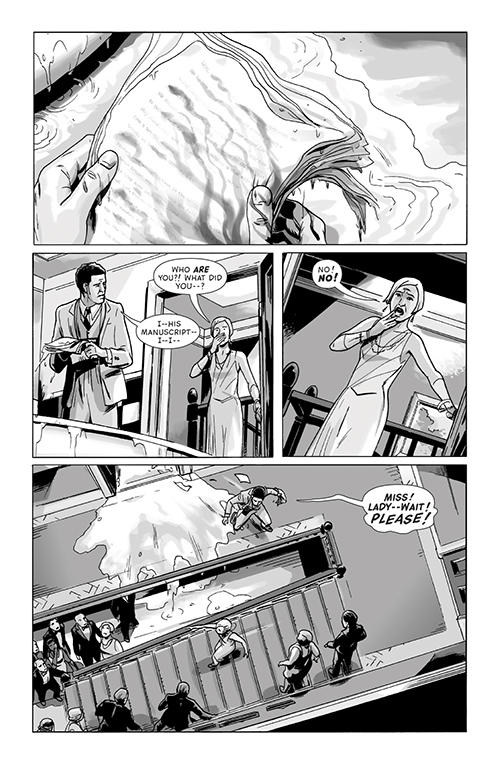 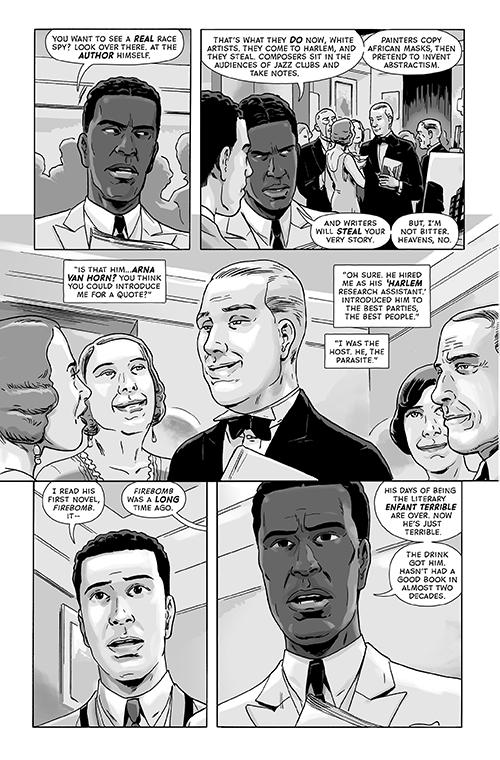 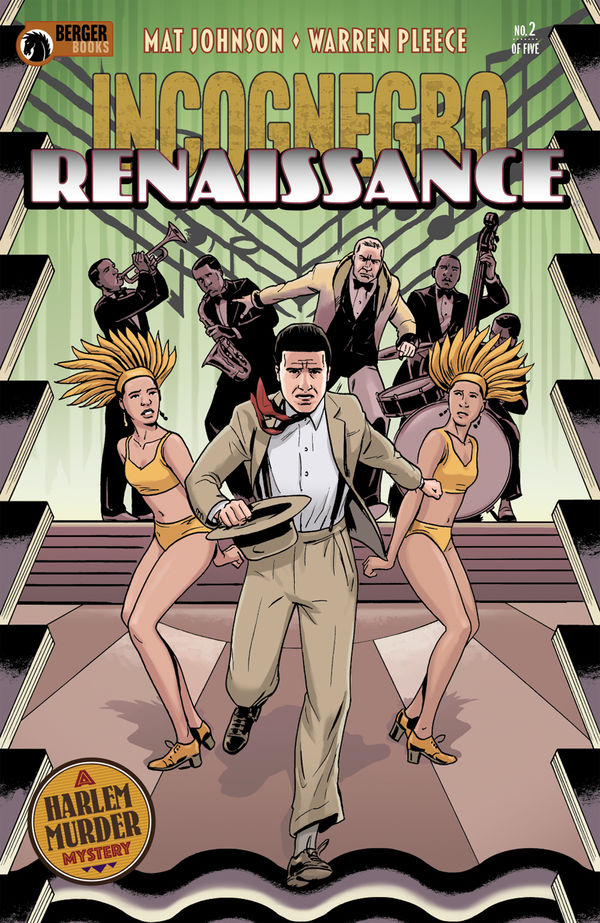 Cub reporter Zane Pinchback almost witnessed a murder. Now, the only true witness thinks hes the prime suspect. What could she be hiding? Zane will have to go ‘‘incognegro’’ and sneak into a Harlem jazz club to track down the truth. In a time when looks could kill . . . Zane’s skin is the only thing keeping him alive. 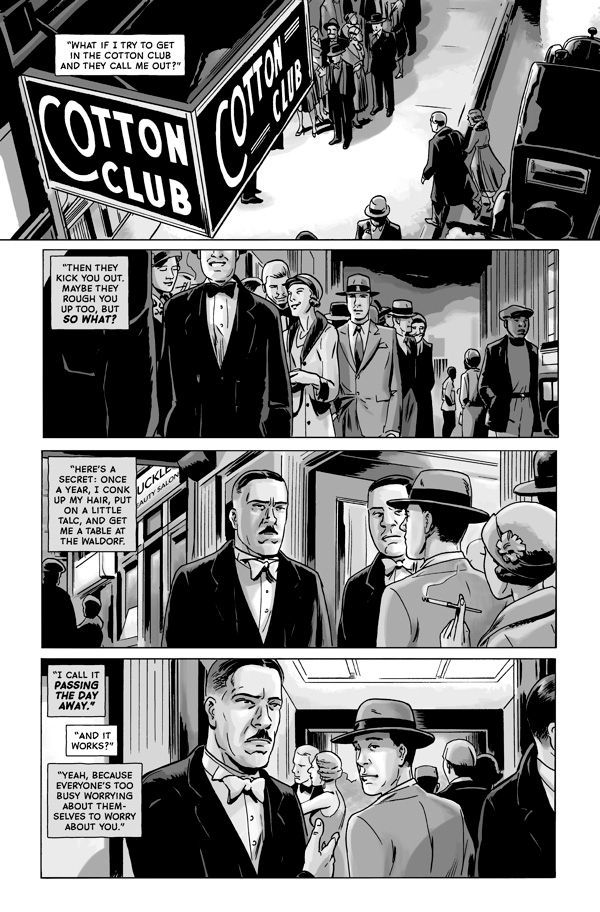 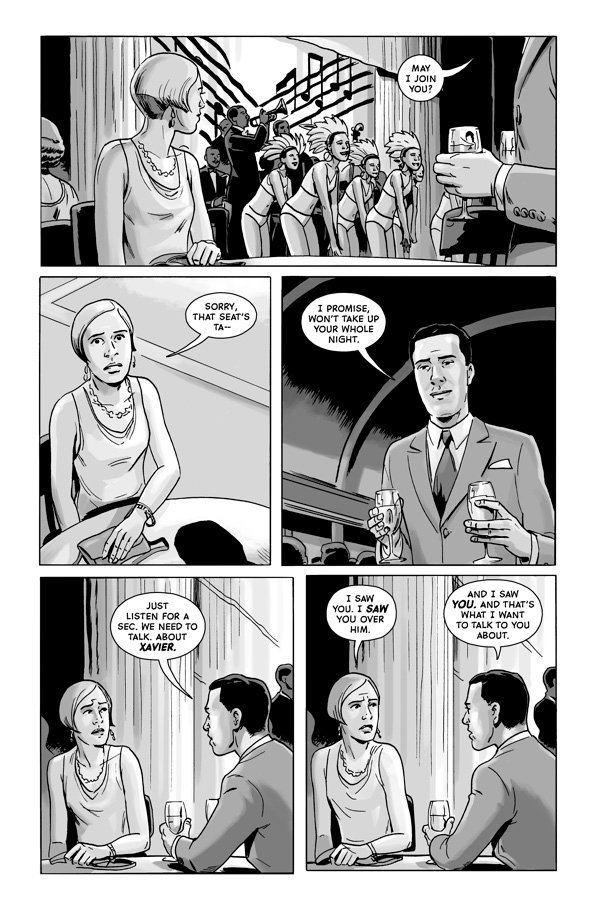 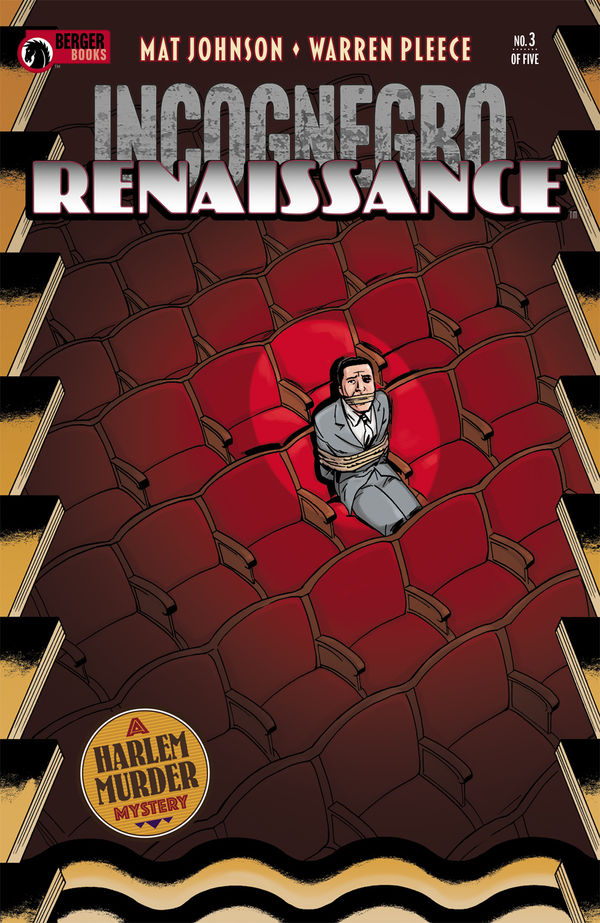 At Harlem’s Cotton Club, the hottest scene in 1920s’ New York, Harlem’s cub reporter Zane Pinchback is on the hunt to find the femme fatale who left him for dead in the streets. To solve a murder, Zane must go ‘‘Incognegro,’’ using his light appearance to enter this ‘‘white patrons only’’ club and find the true killer. 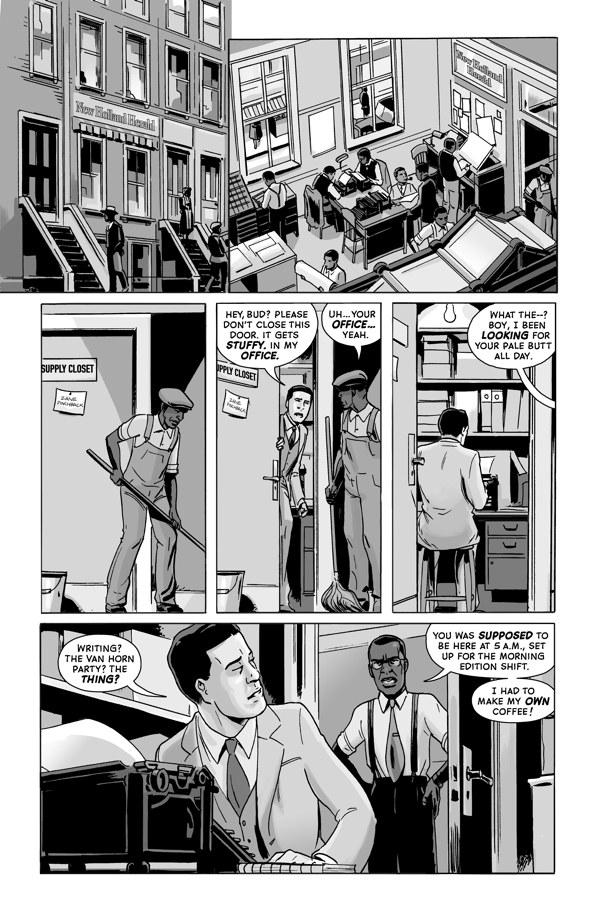 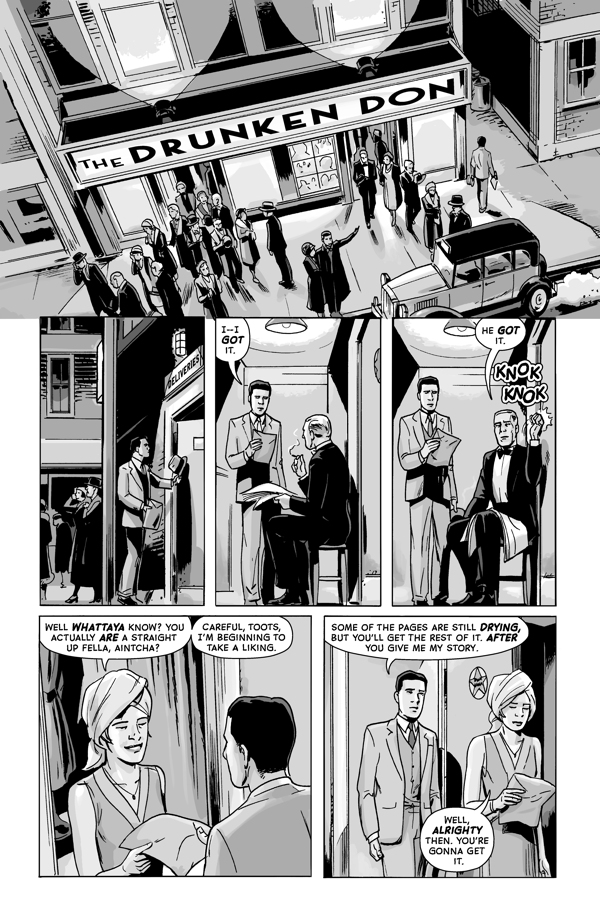 (W) Mat Johnson (A/CA) Warren Pleece
Under attack, Zane Pinchback and his femme fatale are forced to flee for their lives, taking refuge in each others arms. Going underground Uptown, they return to Harlem to find the last pieces of the puzzle. To survive, Zane must peel back the facade of Roaring Twenties New York, and stare directly into the truth under its surface.
o For mature readers.
In Shops: May 23, 2018
SRP: $3.99 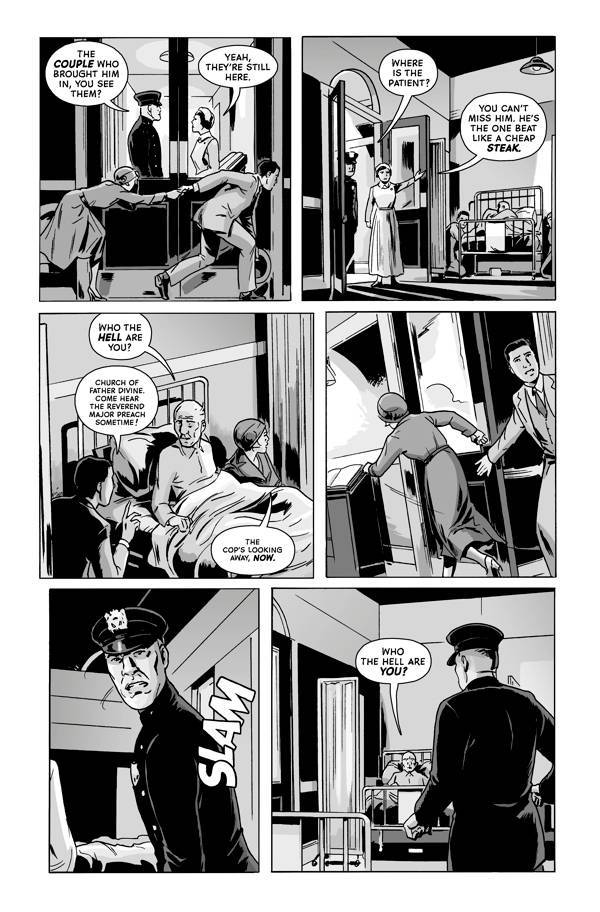 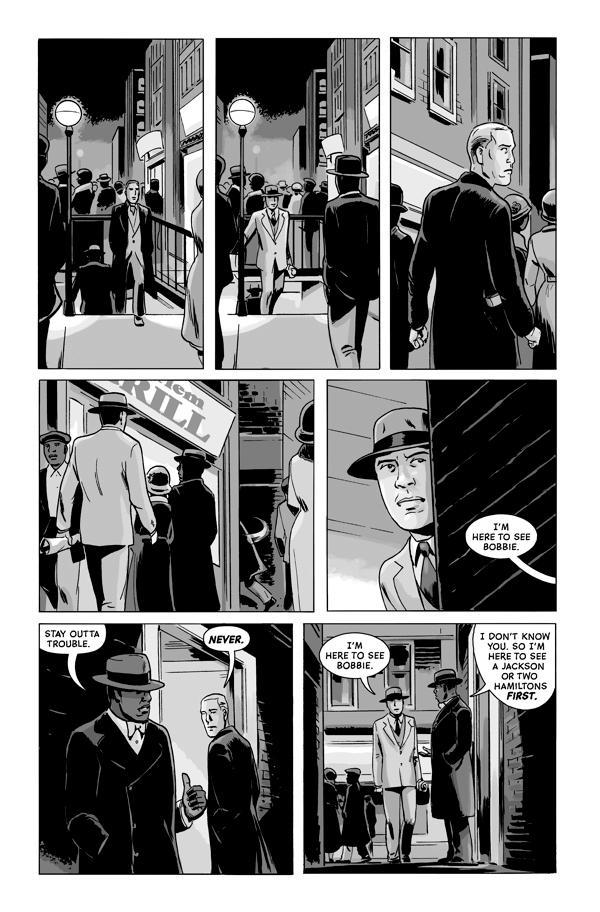