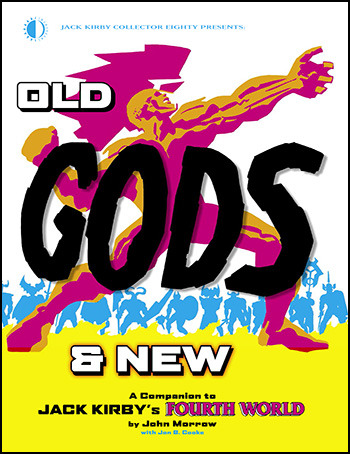 A Companion To Jack Kirby’s Fourth World (Jack Kirby Collector #80)
160-page full-color Trade Paperback - Edited by John Morrow
For its 80th issue, the Jack Kirby Collector magazine presents a double-sized 50th anniversary examination of Kirby’s magnum opus! Spanning the pages of four different comics starting in 1970 (New Gods, Forever People, Mister Miracle, and Jimmy Olsen), the sprawling “Epic for our times” was cut short mid-stream, leaving fans wondering how Jack would’ve resolved the confrontation between evil Darkseid of Apokolips, and his son Orion of New Genesis. This companion to that “Fourth World” series looks back at Jack Kirby’s own words, as well as those of assistants Mark Evanier, Steve Sherman, inker Mike Royer, and publisher Carmine Infantino, to determine how it came about, where it was going, and how Kirby would’ve ended it before it was prematurely cancelled by DC Comics! It also examines Kirby’s use of gods in Thor and other strips prior to the Fourth World, how they evolved into his DC characters, and beyond in such strips as The Eternals and Captain Victory. With an overview of hundreds of Kirby’s creations like Big Barda, Boom Tubes and Granny Goodness, and post-Kirby uses of his concepts, no Fourth World fan will want to miss it! Compiled, researched, and edited by John Morrow, with contributions by Jon B. Cooke. (Counts as TWO ISSUES toward your Kirby Collector subscription.) 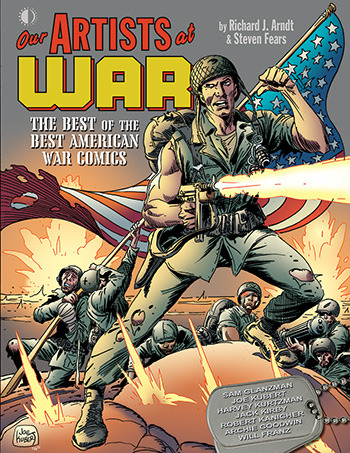 The Best Of The Best American War Comics
160-page FULL-COLOR Trade Paperback - by Richard J. ARNDT and Steven FEARS
Our Artists At War is the first book ever published in the US that solely examines War Comics published in America. It covers the talented writers and artists who supplied the finest, most compelling stories in the War Comics genre, which has long been neglected in the annals of comics history. Through the critical analysis of authors Richard J. Arndt and Steven Fears, this overlooked treasure trove is explored in-depth, finally giving it the respect it deserves! Included are pivotal series from EC Comics (Two-Fisted Tales and Frontline Combat), DC Comics (Enemy Ace and the Big Five war books: All American Men of War, G.I. Combat, Our Fighting Forces, Our Army at War, and Star-Spangled War Stories), Warren Publishing (Blazing Combat), Charlton (Willy Schultz and the Iron Corporal) and more! Featuring the work of Harvey Kurtzman, John Severin, Jack Davis, Wallace Wood, Joe Kubert, Sam Glanzman, Jack Kirby, Will Elder, Gene Colan, Russ Heath, Alex Toth, Mort Drucker, and many others. Introduction by Roy Thomas, Foreword by Willi Franz. Cover by Joe Kubert. 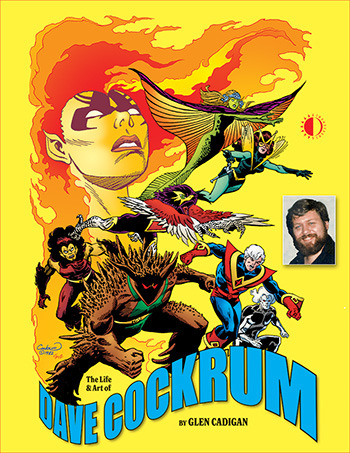 160-page FULL-COLOR Trade Paperback - by Glen CADIGAN
From the letters pages of Silver Age comics to his 2021 induction into the Will Eisner Hall of Fame, the career of Dave Cockrum started at the bottom and then rose to the top of the comic book industry. Beginning with his childhood obsession with comics and continuing through his years in the Navy, The Life and Art of Dave Cockrum follows the rising star from fandom (where he was one of the “Big Three” fanzine artists) to pro-dom, where he helped revive two struggling comic book franchises: the Legion of Super-Heroes and the X-Men. A prolific costume designer and character creator, his redesigns of the Legion and his introduction of X-Men characters Storm, Nightcrawler, Colossus, and Thunderbird (plus his design of Wolverine’s alter ego, Logan) laid the foundation for both titles to become best-sellers. His later work on his own property, The Futurians, as well as childhood favorite Blackhawk and T.H.U.N.D.E.R Agents, plus his five years on Soulsearchers and Company, cemented his position as an industry giant. Featuring artwork from fanzines, unused character designs, and other rare material, this is the comprehensive biography of the legendary comic book artist, whose influence is still felt on the industry today! Written by Glen Cadigan (The Legion Companion, The Titans Companion Volumes 1 and 2, Best of the Legion Outpost) with an introduction by Alex Ross. 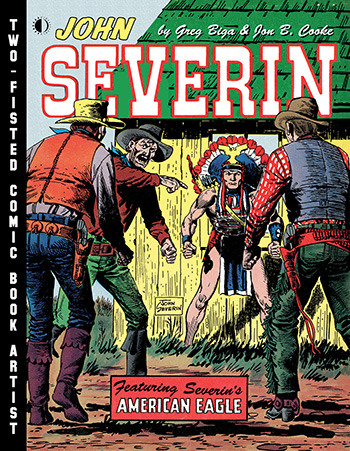 160-page FULL-COLOR HARDCOVER - by Greg BIGA and Jon B. COOKE

The spirited biography of one of the most prolific creators in the history of American comics! From a start in 1947 at the Simon & Kirby shop, he co-created the legendary Western strip American Eagle, and became an EC Comics mainstay, working with Harvey Kurtzman on MAD and Two-Fisted Tales. In addition to a 40+ year association with Cracked magazine, his pivotal Marvel Comics work included an extended run inking Herb Trimpe on The Hulk, and teaming with sister Marie Severin to create the definitive comics version of King Kull. Throughout a storied career, he freelanced for virtually every major publisher, and remained a workhorse up ’til his final Dark Horse mini-series at age 89. Included in this volume is a special « American Eagle » section, an eye-popping art gallery, and extensive personal photos and artifacts (including WWII « Victory Mail » cartoons and handmade greeting cards for his family). Also featured are commentary from over 25 peers gathered just for this book, including Neal Adams, Richard Corben, John Byrne, Russ Heath, Walter Simonson, and many others. Written by Greg Biga and multiple Eisner Award-winner Jon B. Cooke, with an introduction by Howard Chaykin, foreword by Mort Todd, and afterword by Chuck Dixon, this profusely illustrated book celebrates the centennial of the two-fisted artist’s birth!! 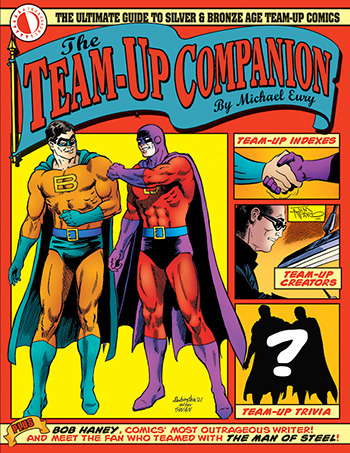 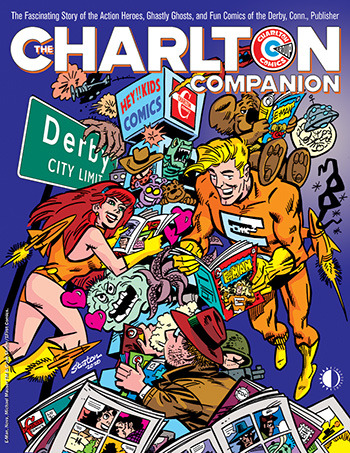 by Jon B. COOKE with Michael Ambrose & Frank Motler

An all-new definitive history of Connecticut’s notorious all-in-one comic book company! Often disparaged as a second-rate funny-book outfit, Charlton produced a vast array of titles that span from the 1940s Golden Age to the Bronze Age of the ’70s in many genres, from Hot Rods to Haunted Love. The imprint experienced explosive bursts of creativity, most memorably the “Action Hero Line” edited by Dick Giordano in the 1960s, which featured the renowned talents of Steve Ditko and a stellar team of creators, as well as the unforgettable ’70s “Bullseye” era that spawned E-Man and Doomsday +1, all helmed by veteran masters and talented newcomers—and serving as a training ground for an entire generation of comics creators thriving in an environment of complete creative freedom. From its beginnings with a handshake deal consummated in county jail, to the company’s accomplishments beyond comics, woven into this prose narrative are interviews with dozens of talented participants, including Giordano, DENNIS O’Neil, Alex Toth, Sanho Kim, Tom Sutton, Pat Boyette, Nick Cuti, John Byrne, Mike Zeck, Joe Staton, Sam Glanzman, Neal Adams, Joe Gill, and even some Derby residents who recall working in the sprawling company plant. Though it gave up the ghost over three decades ago, Charlton’s influence continues today with its Action Heroes serving as inspiration for Alan Moore’s cross-media graphic novel hit, Watchmen. By Jon B. Cooke with Michael Ambrose & Frank Motler.