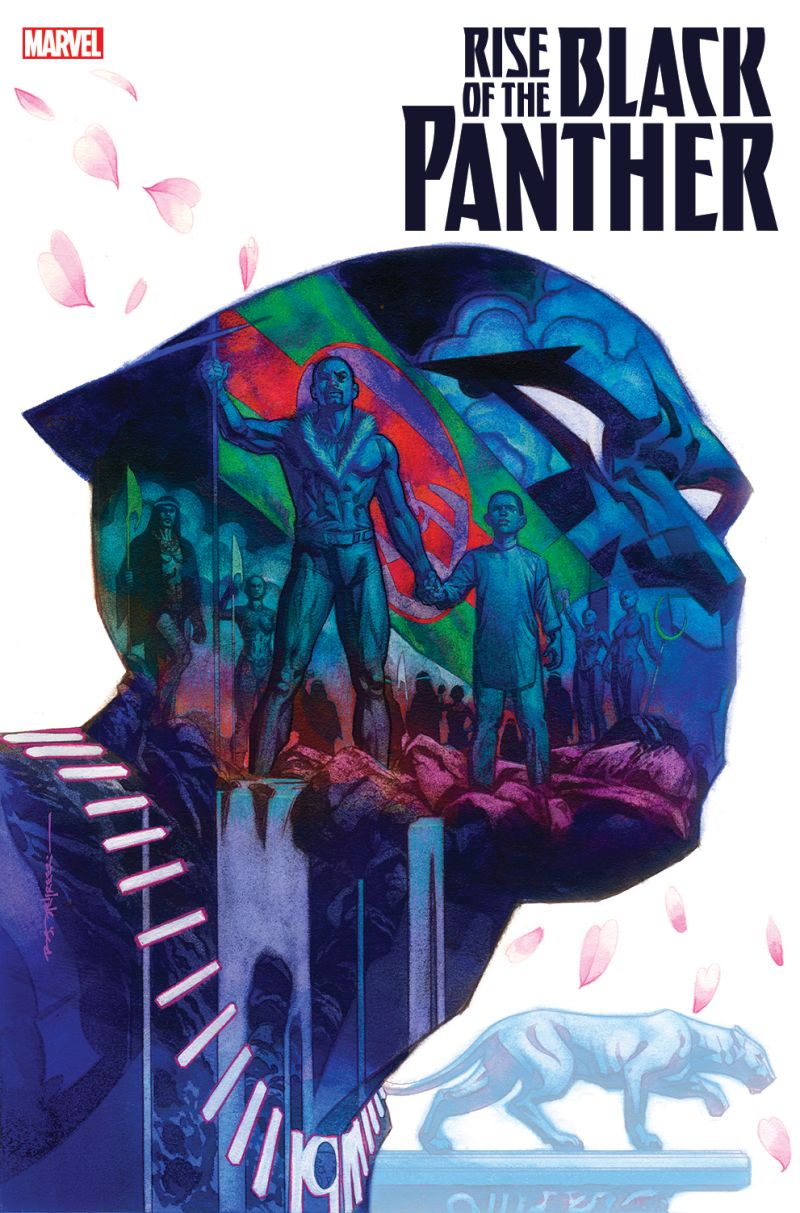 Don’t get the Distinguished Competition’s legal department a reason to look for me, Rob… but yes, this is essentially the story of T’Challa’s first year as king, where he makes the decision to end centuries of secrecy and let the world know about Wakanda. It’s a choice that angers many in Wakanda and attracts the attention of the global community on Earth-616. 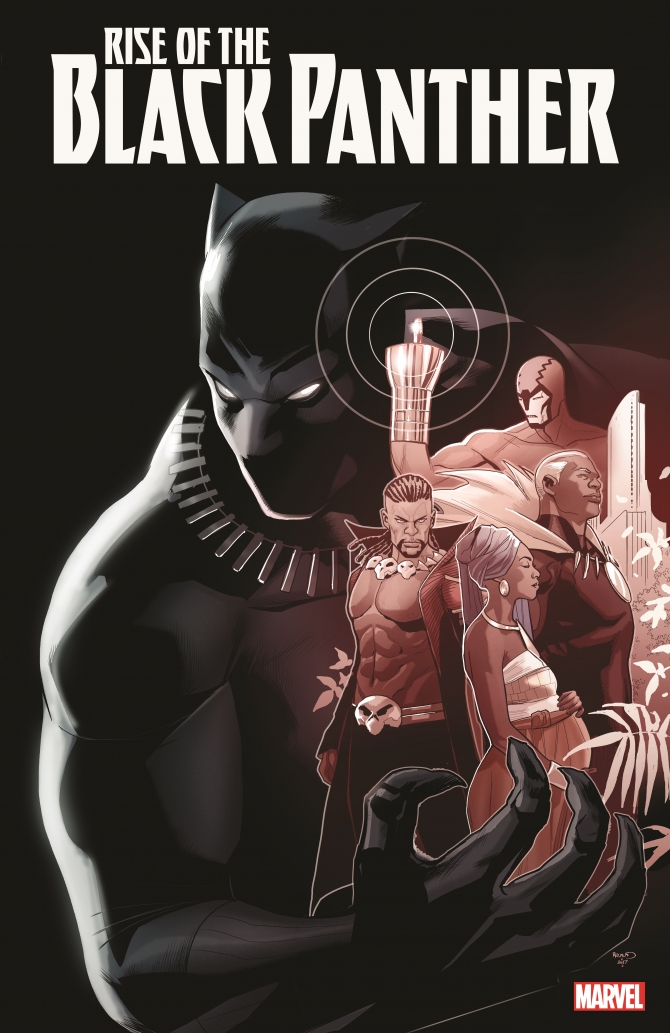 The Politics of Marvel's Black Panther

Marvel’s most important black superhero has evolved a lot over 50 years. The Black Panther has gone from being an under-utilized figure in the background of Avengers group shots to arguably being the most fearsome strategist in the Marvel Universe....

RISE OF THE BLACK PANTHER #1

Just in time for the highly anticipated film, witness the early years of the man who will come to rule one of the most scientifically advanced countries in the world! Wakanda has always kept itself isolated from Western society, but that’s all about to change. Young T’Challa knows he is destined to become king, but when his father is brutally murdered by outsiders, he’ll find himself taking up a mantle he may not be ready for. Experience never-before-seen drama from the reign of T’Chaka, the king whose death changes a nation’s history forever. Learn about the mother T’Challa never knew. See how the world learns about this wondrous nation for the first time. Will the power of the Black Panther be enough to keep his country safe? Journalist Evan Narcisse makes his comics debut alongside acclaimed writer Ta-Nehisi Coates as they chronicle T’Challa’s rise to the throne – and to the Panther legacy that made him an Avenger. 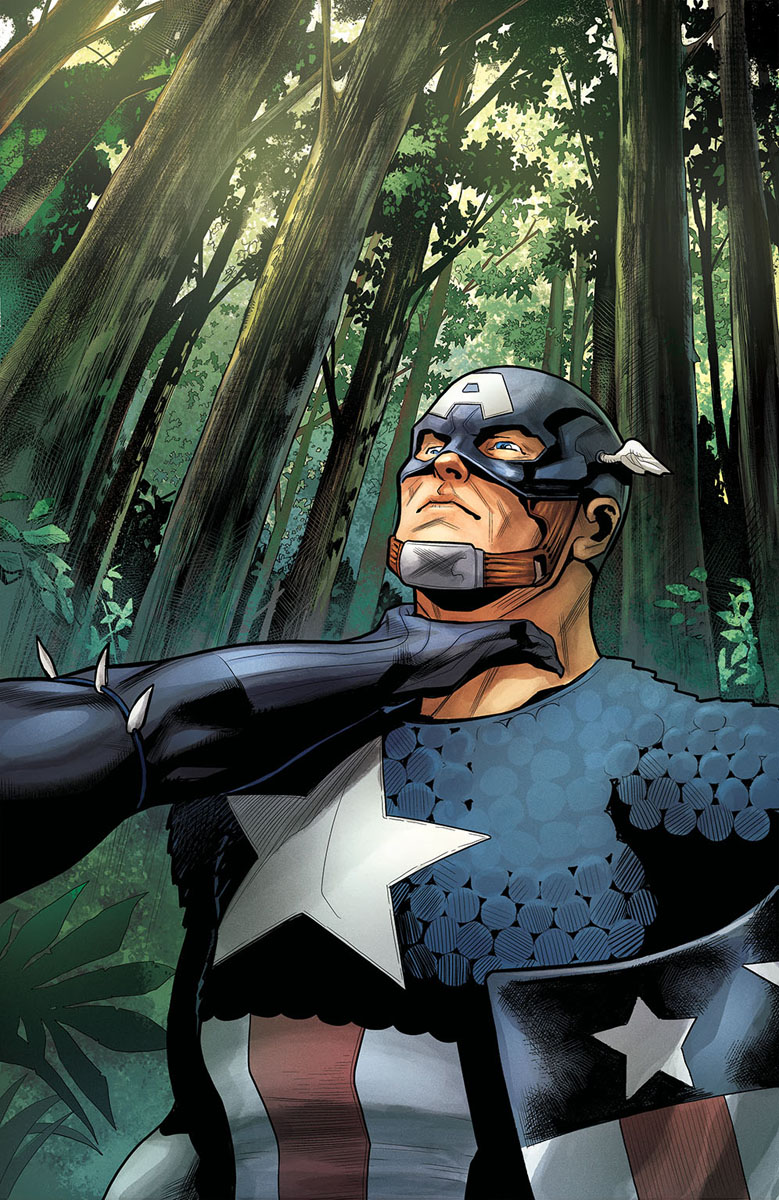 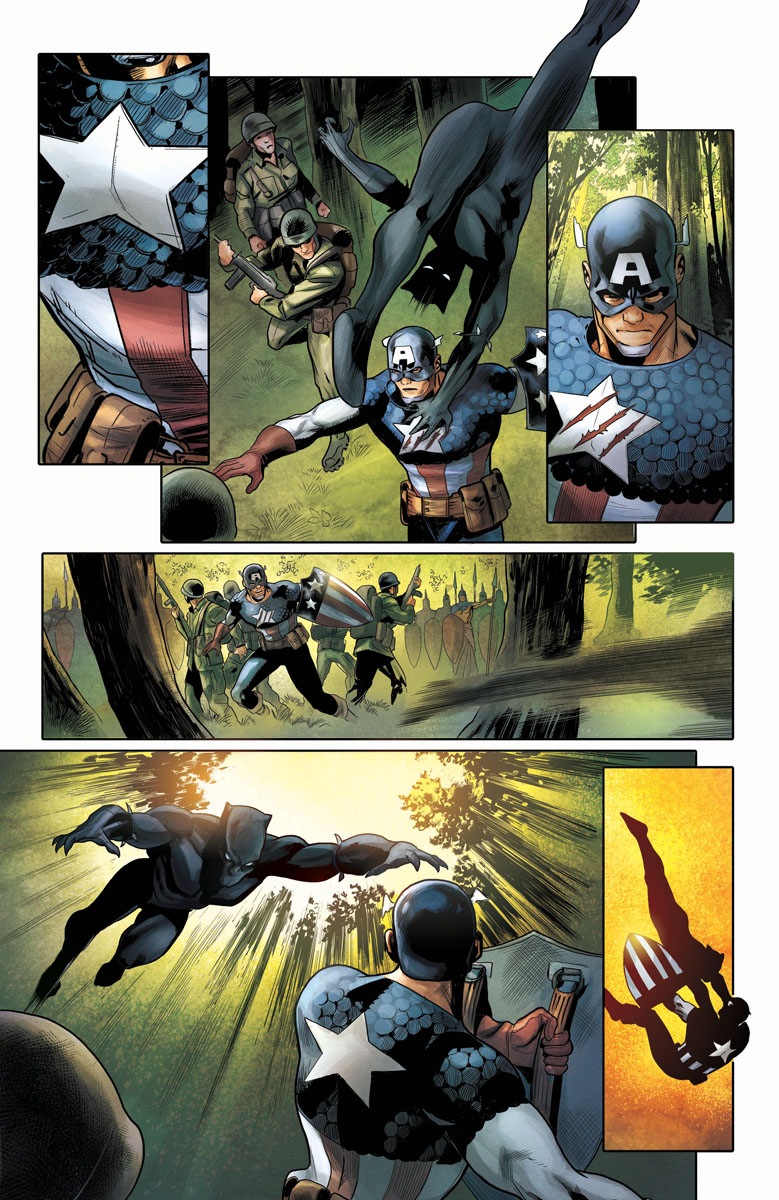 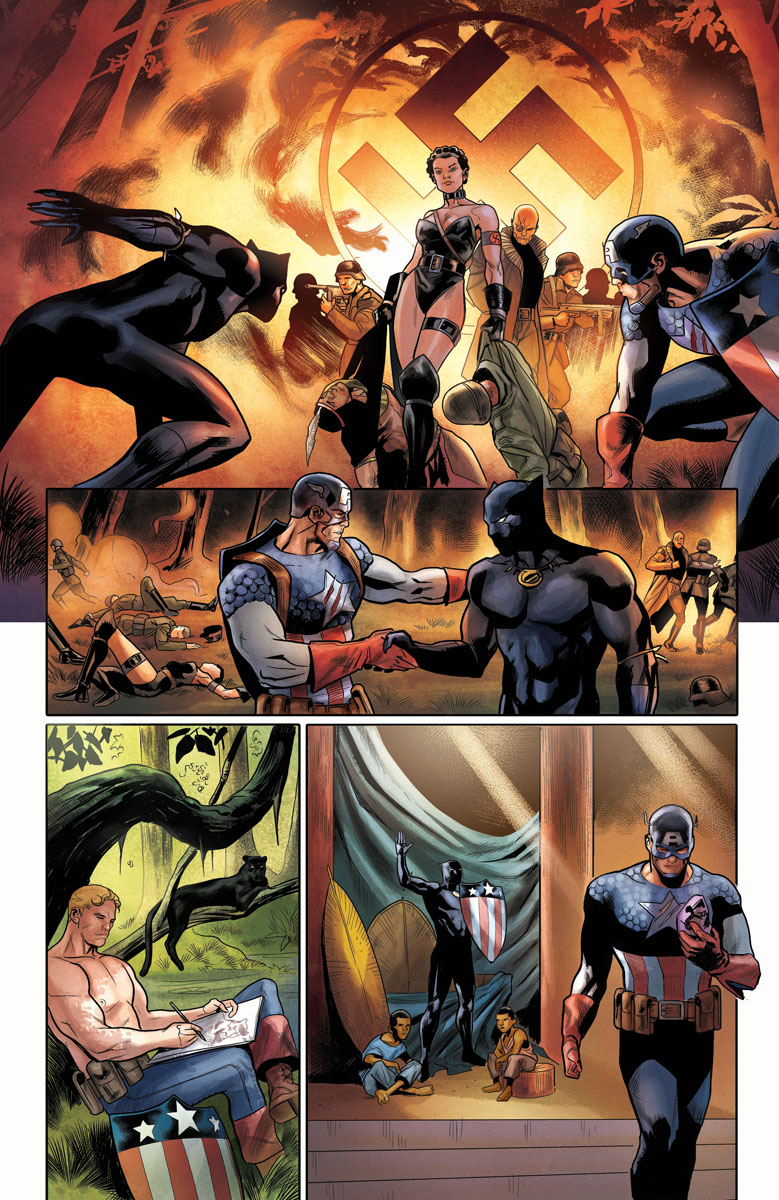 Rise of the Black Panther #2 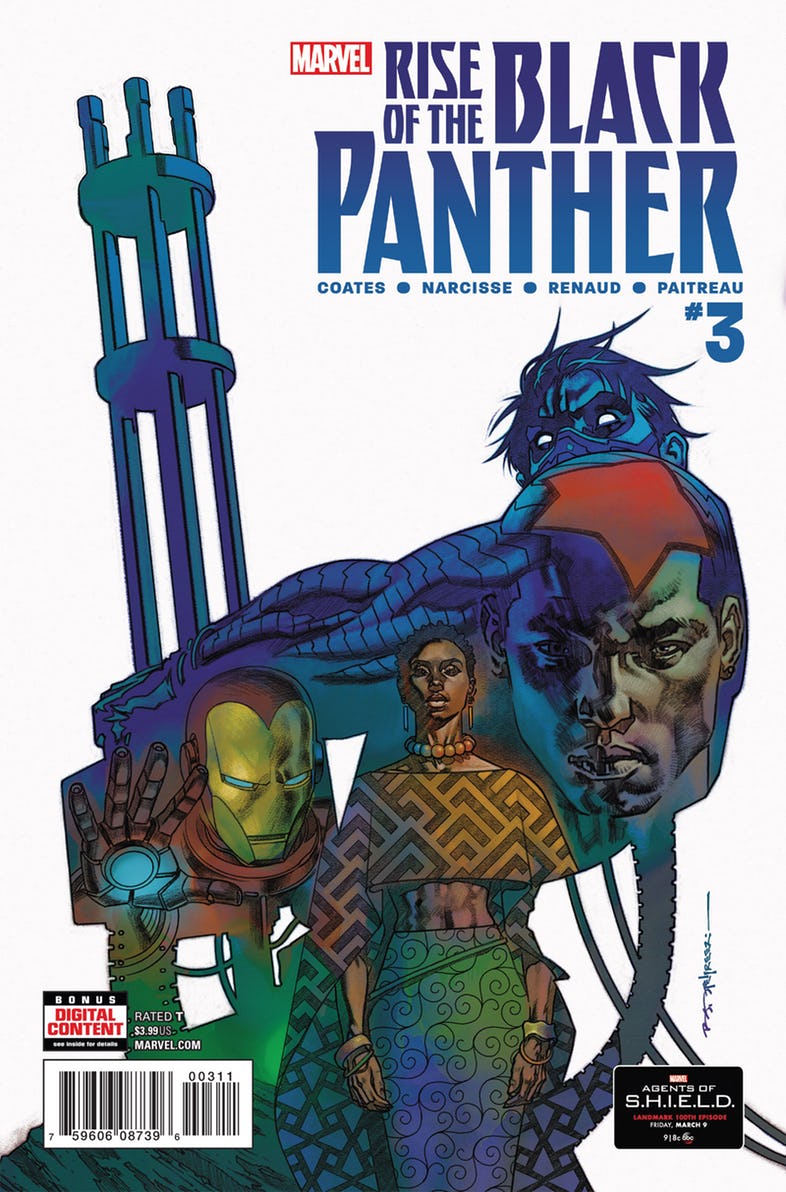 Rise of the Black Panther #3

Ta-Nehisi Coates & Evan Narcisse (W) • Paul Renaud (A)
Cover by Brian Stelfreeze
MARVEL SUPER HEROES ADVENTURES VARIANT COVER BY DARIO BRIZUELA
SECRET ORIGIN OF THE BLACK PANTHER Part 3
• Against the wishes of his tribal council, the Black Panther unveils his country to the globe.
• But will T’Challa’s faith in humanity bring ruin on his resource-rich home?
• The new king will quickly find his invitation brings unexpected guests. What is the Winter Soldier doing in Africa?!
32 PGS./Rated T …$3.99 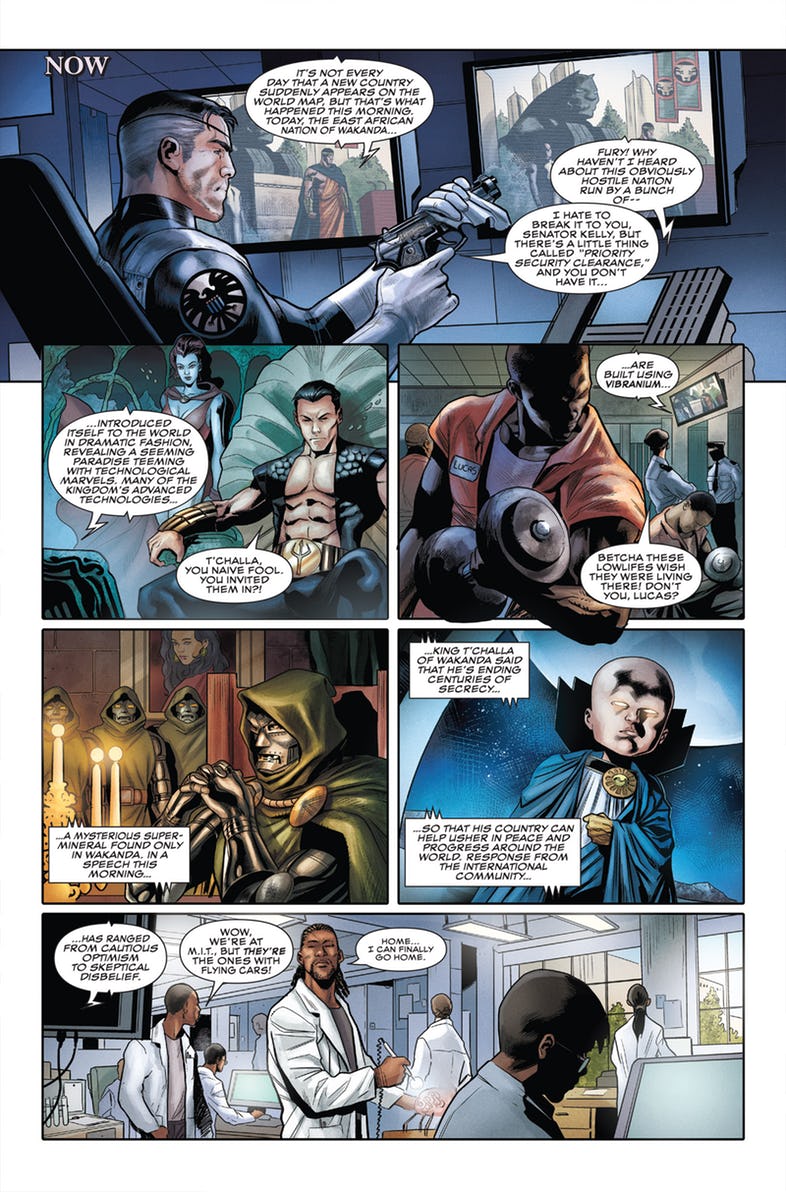 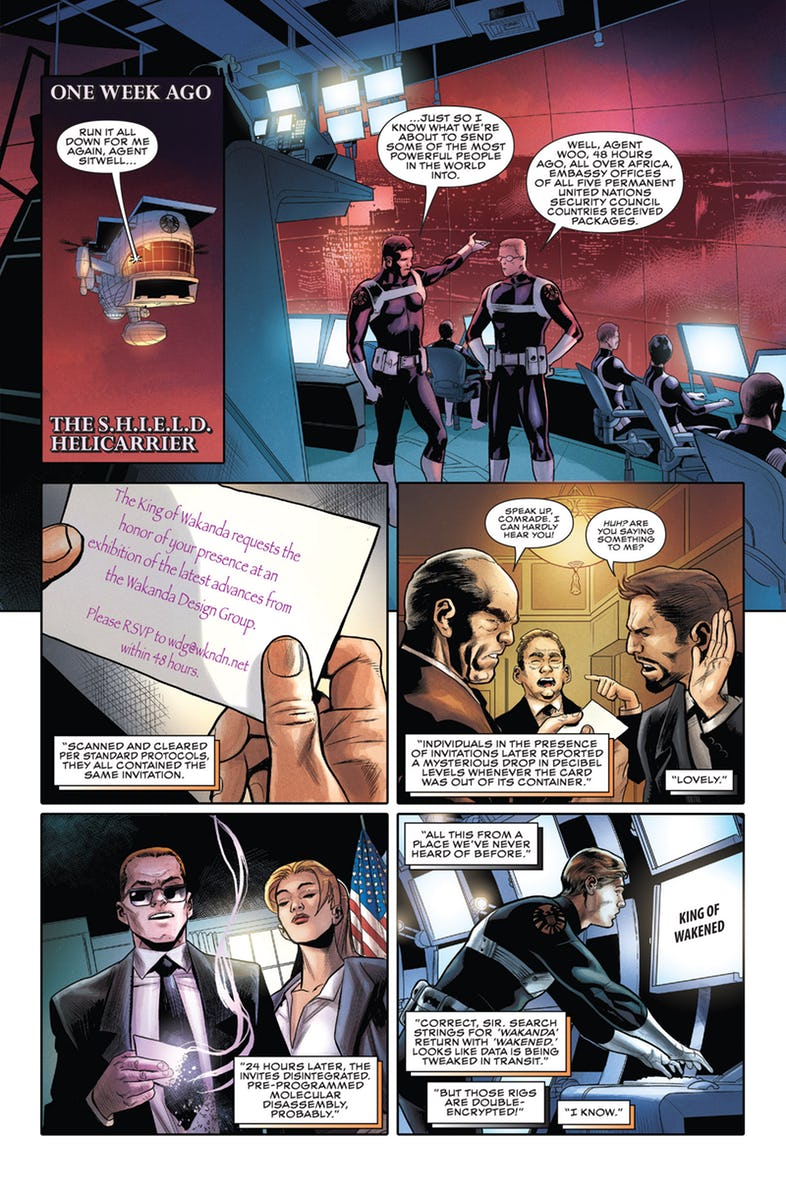 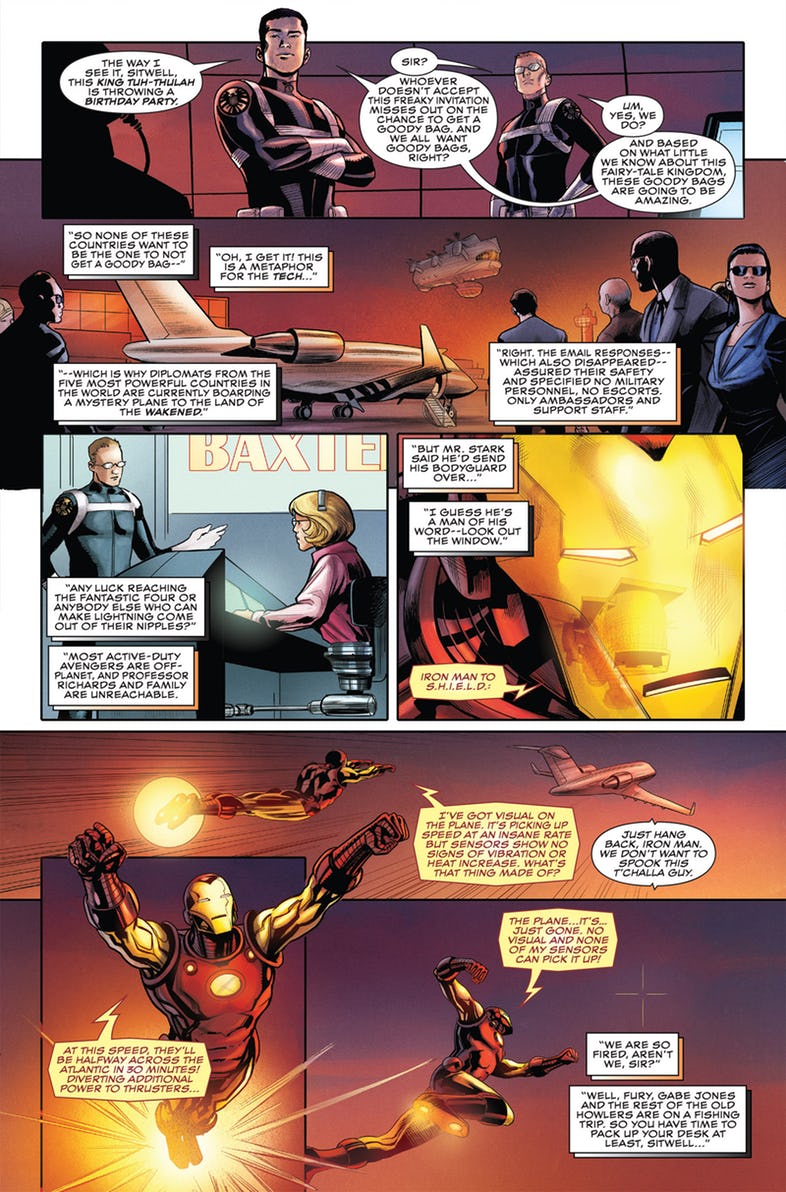 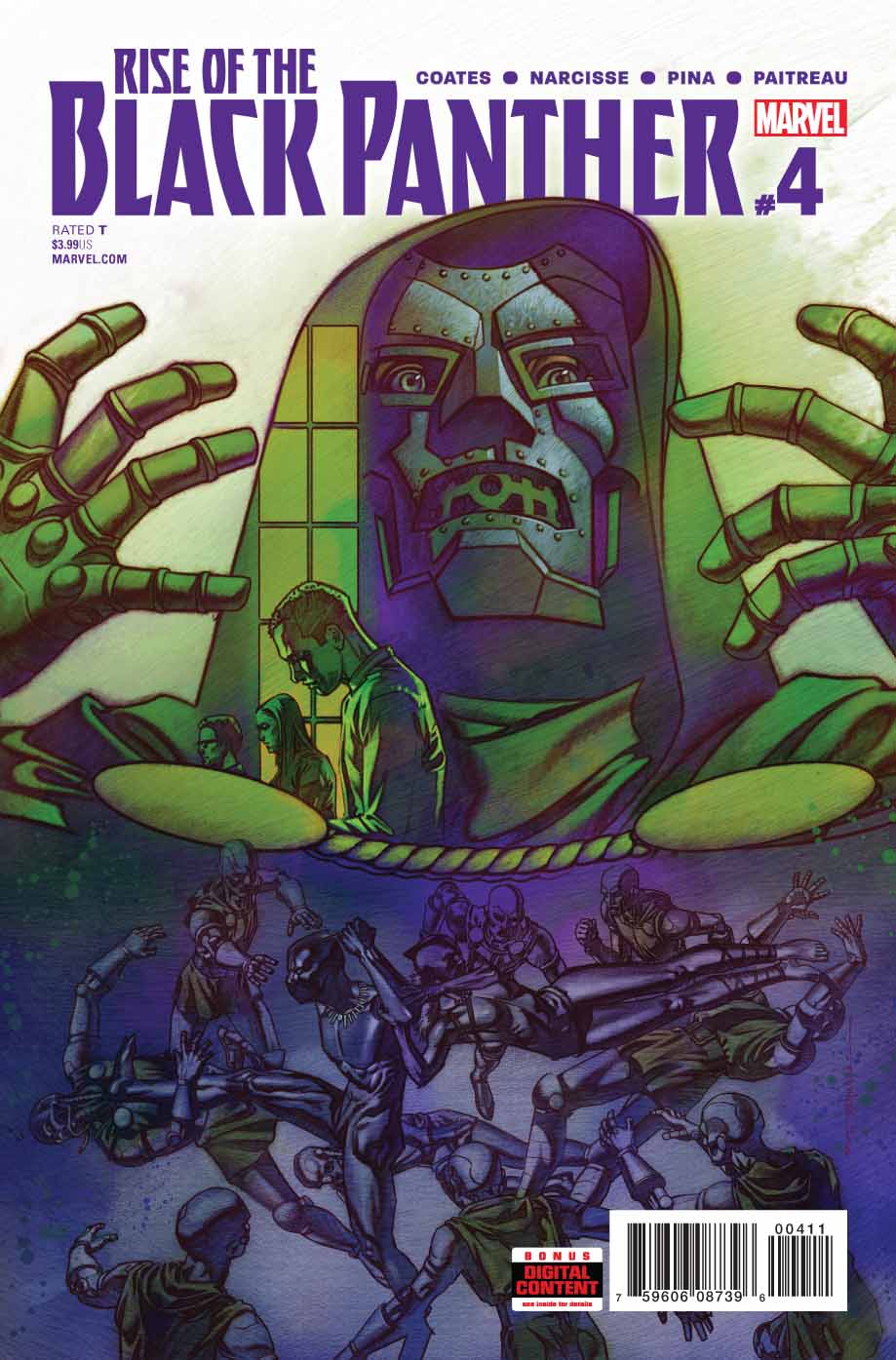 RISE OF THE BLACK PANTHER #4

Description: “Secret Origin of the Black Panther,” part 4. Now that T’Challa has revealed Wakanda to the world, he must face that world’s demands – and those of its monarchs. What does Doctor Doom want from the new king? And it is not only governments and councils who worry about Wakanda’s safety in the new era. A young refugee sees his country’s coming struggle – and will make his own violence to save it. 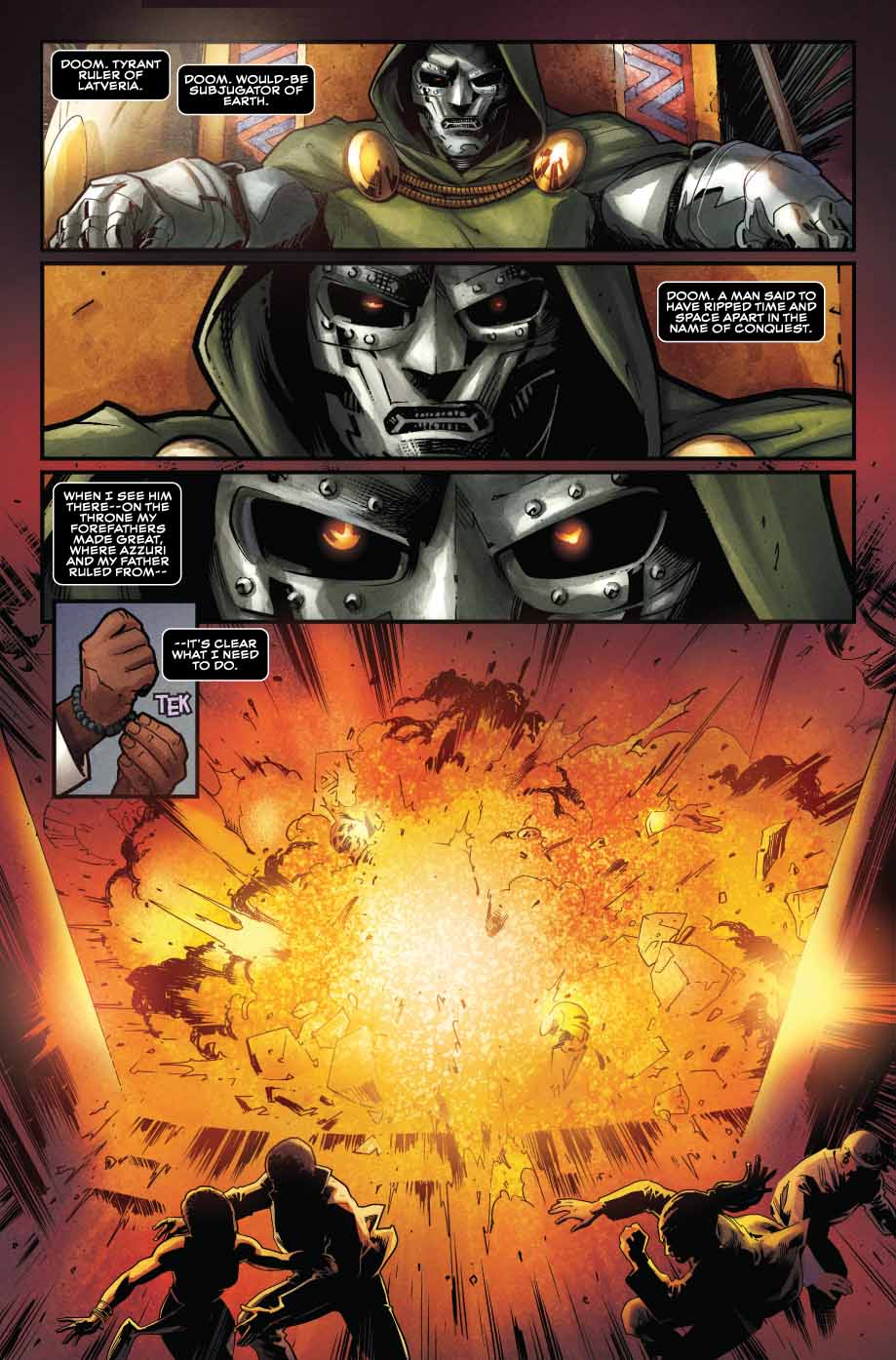 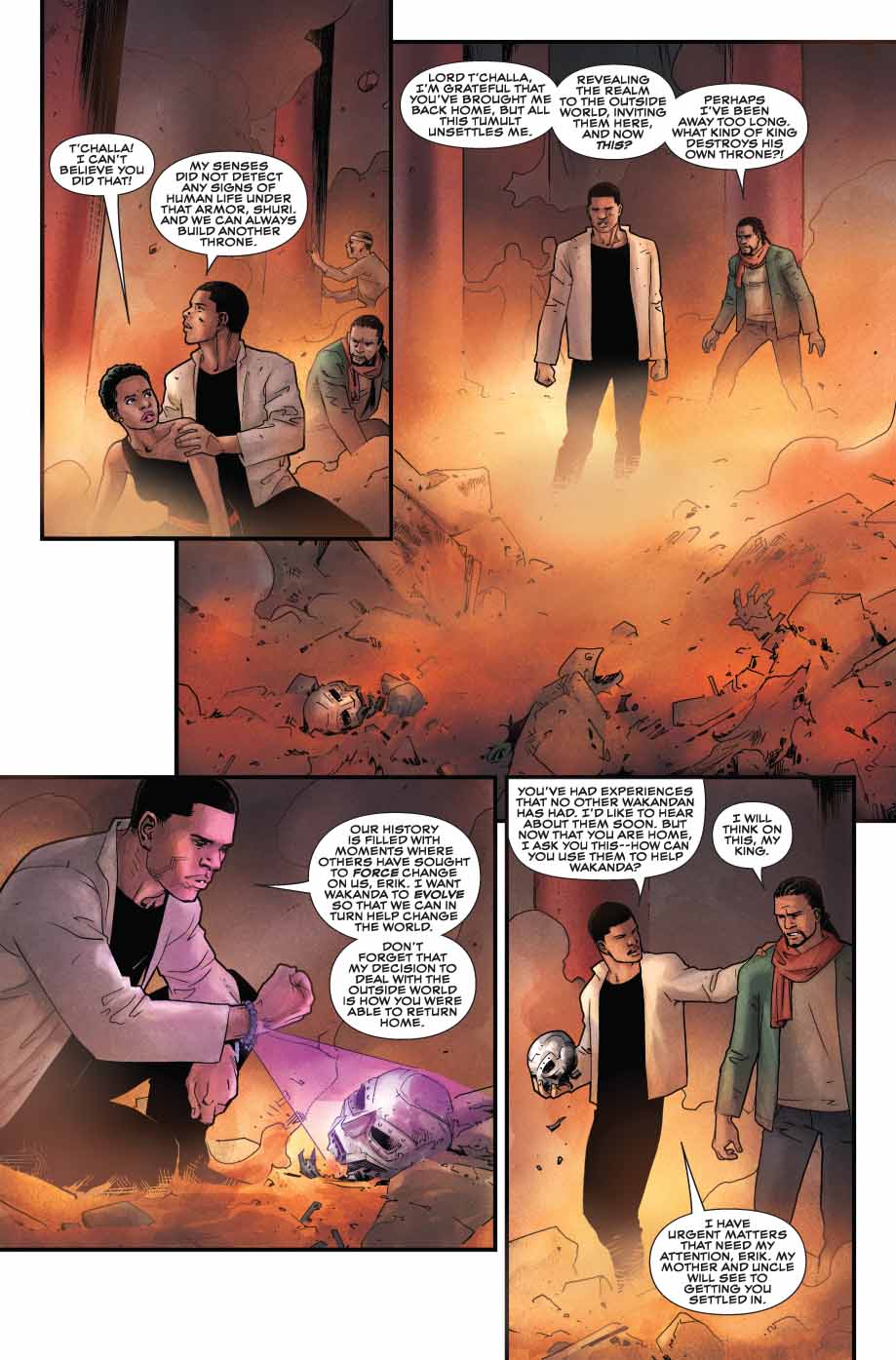 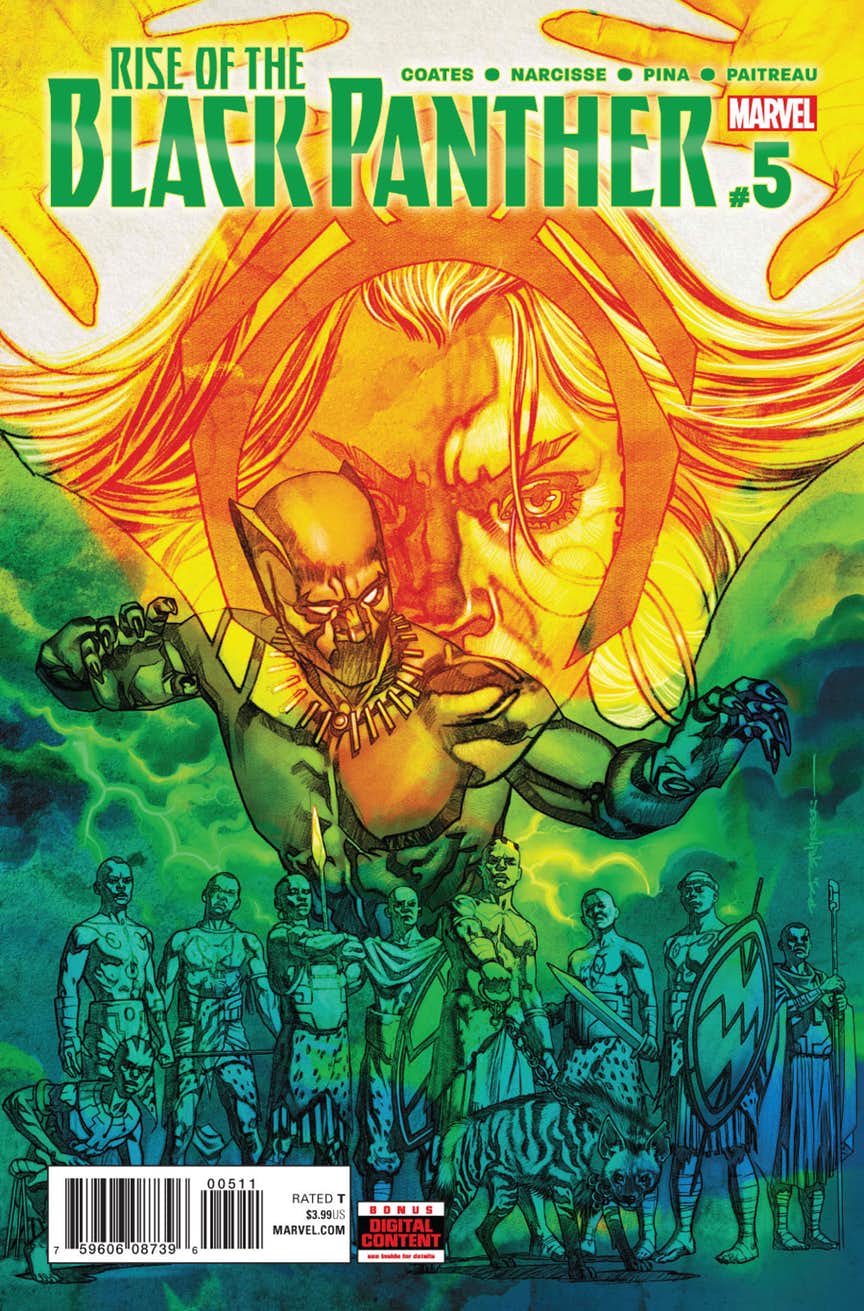 (W) Narcisse, Evan, Ta-Nehisi Coates (A) Javier Pina
WINDS OF CHANGE BLOW THROUGH WAKANDA!
SECRET ORIGIN OF THE BLACK PANTHER Part 5
• Just as Wakanda comes onto the global stage, enemies close by make their move! The Hyena Clan is out to exploit the country’s vast technology - and with a new king on the throne, it’s a perfect time to strike.
• Assaulted on all fronts, T’Challa seeks out a love he left behind: Ororo Munroe, soon-to-be Storm of the X-Men. A missing chapter of the Black Panther and Storm’s lifelong romance comes to light!
• And it’s a triple threat as a traitor gathers forces. What is Project Koukou - and who is behind it?!
Rated T
In Shops: May 02, 2018
SRP: $3.99 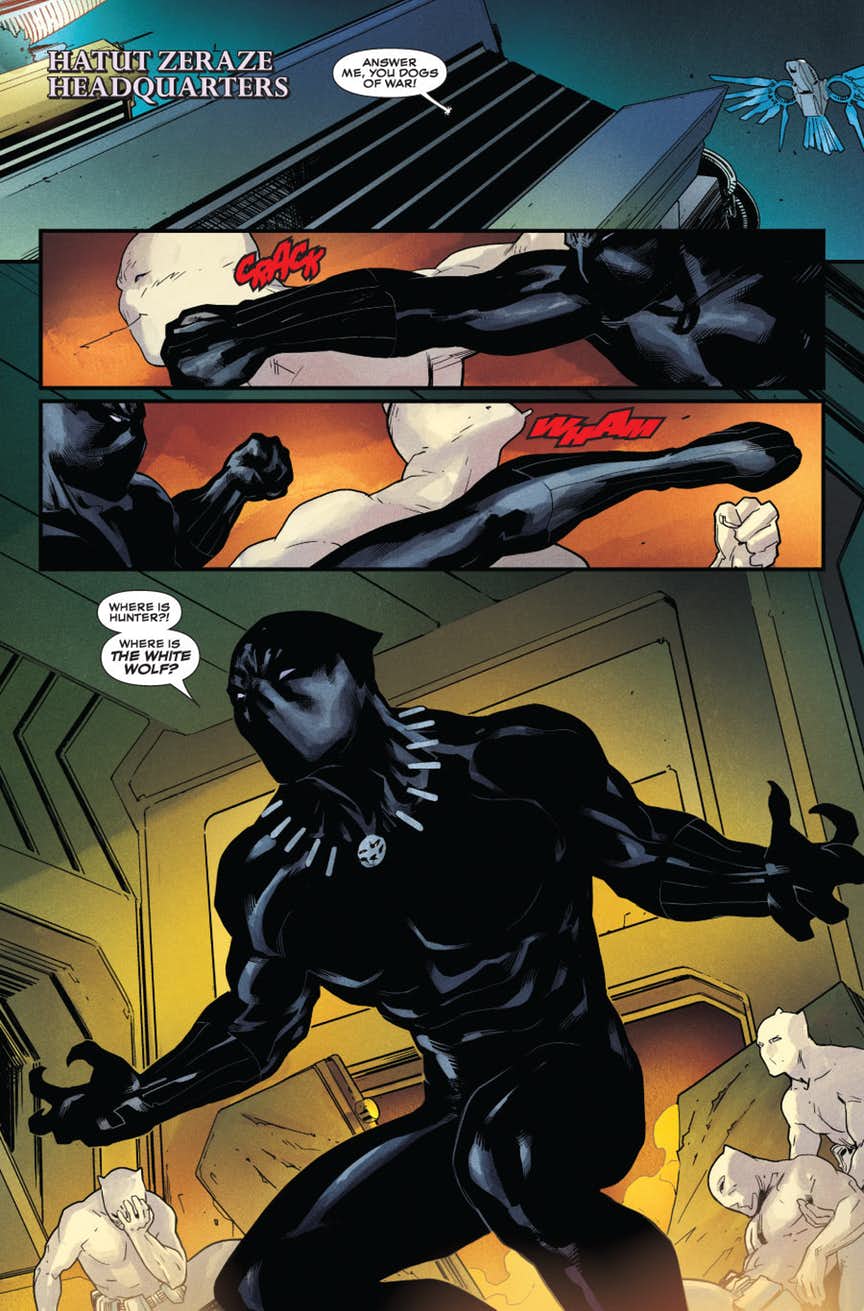 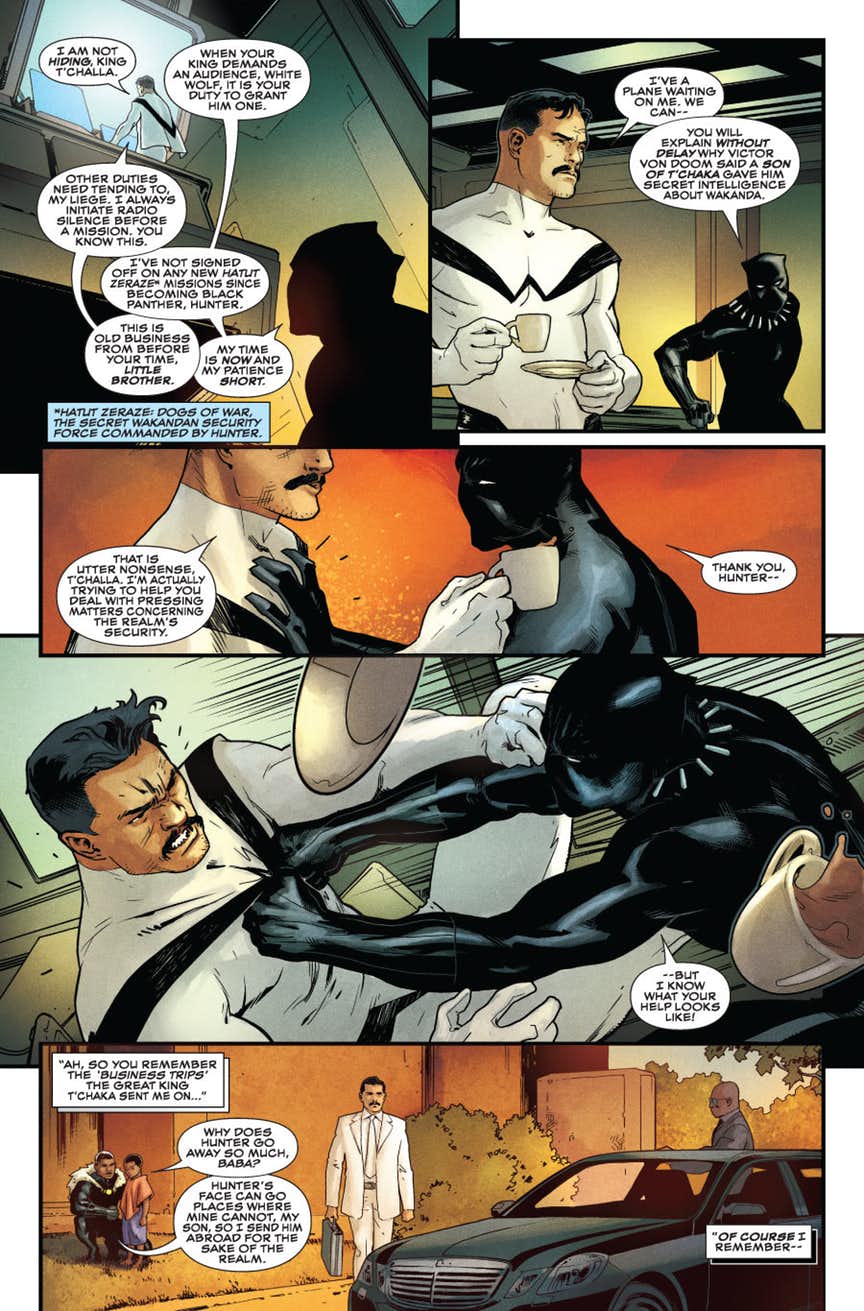