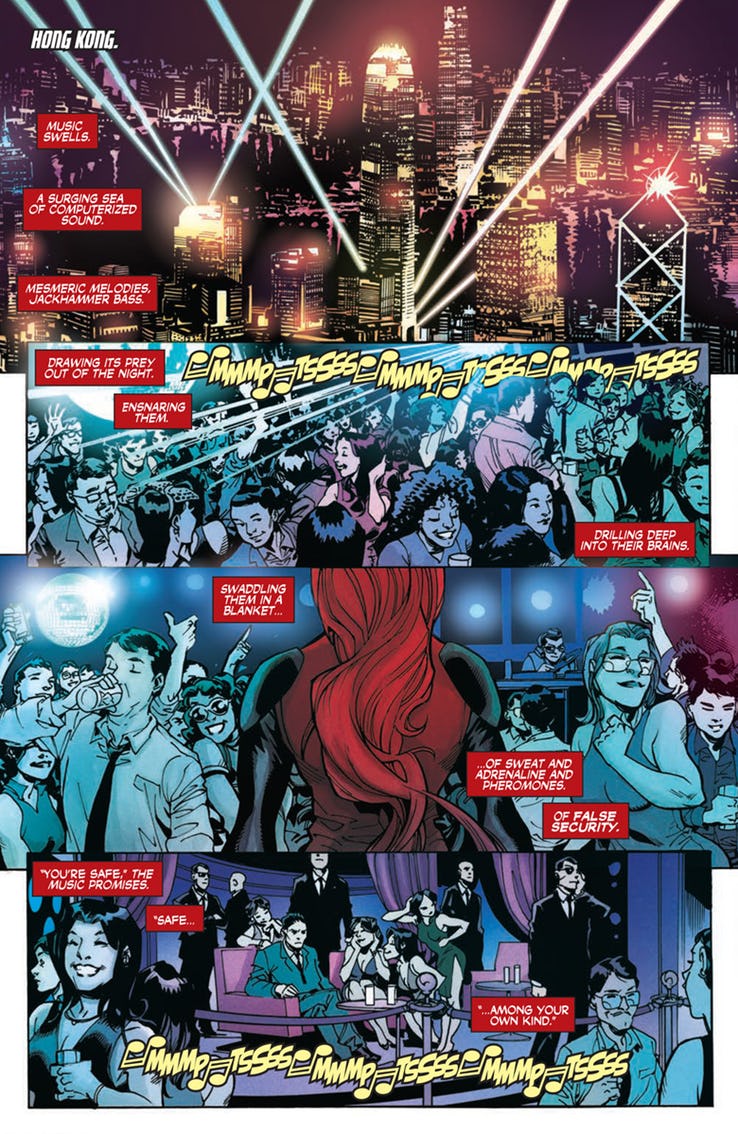 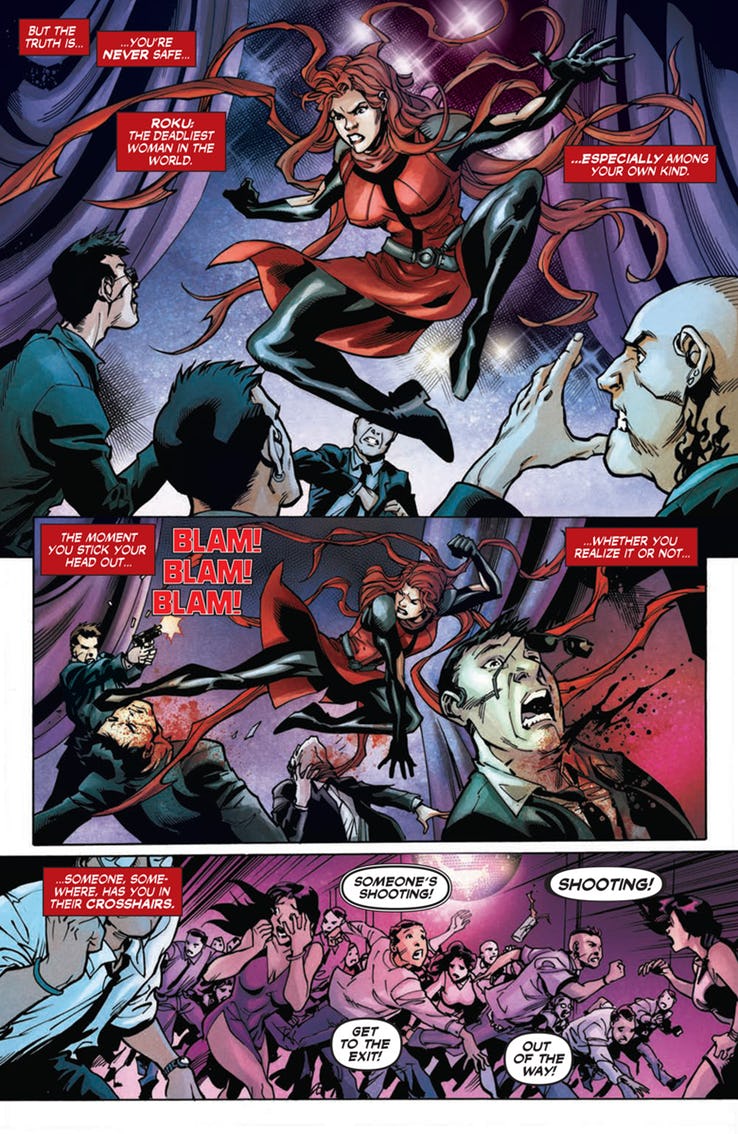 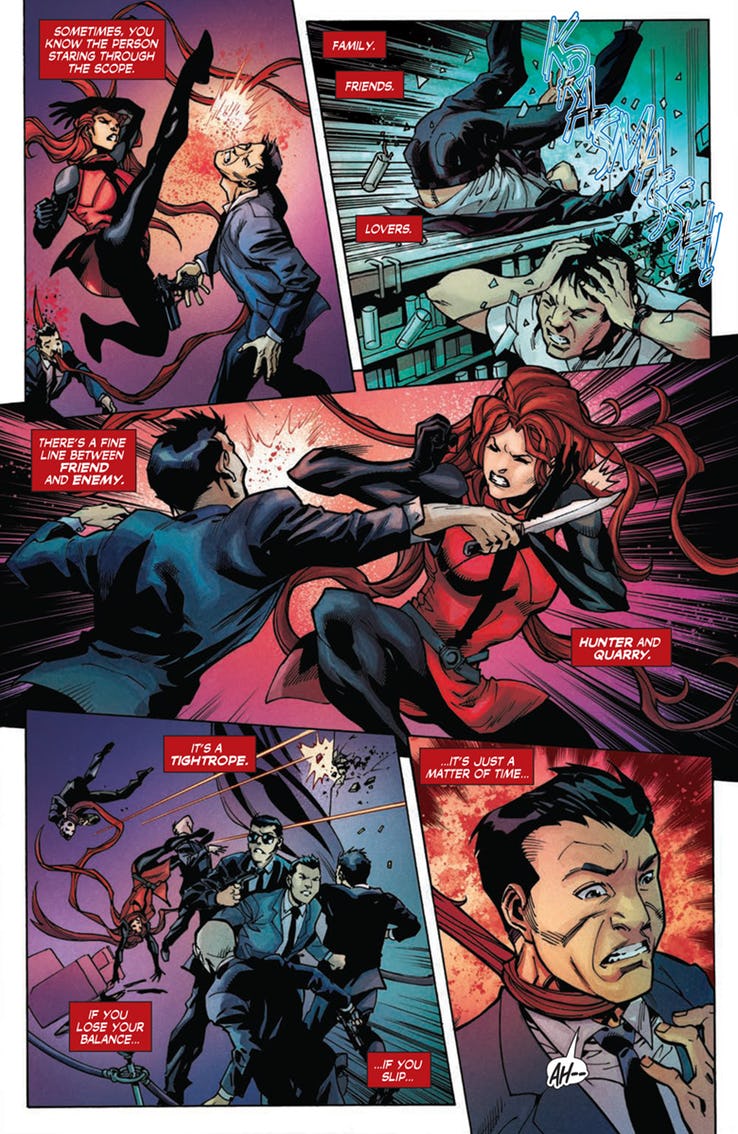 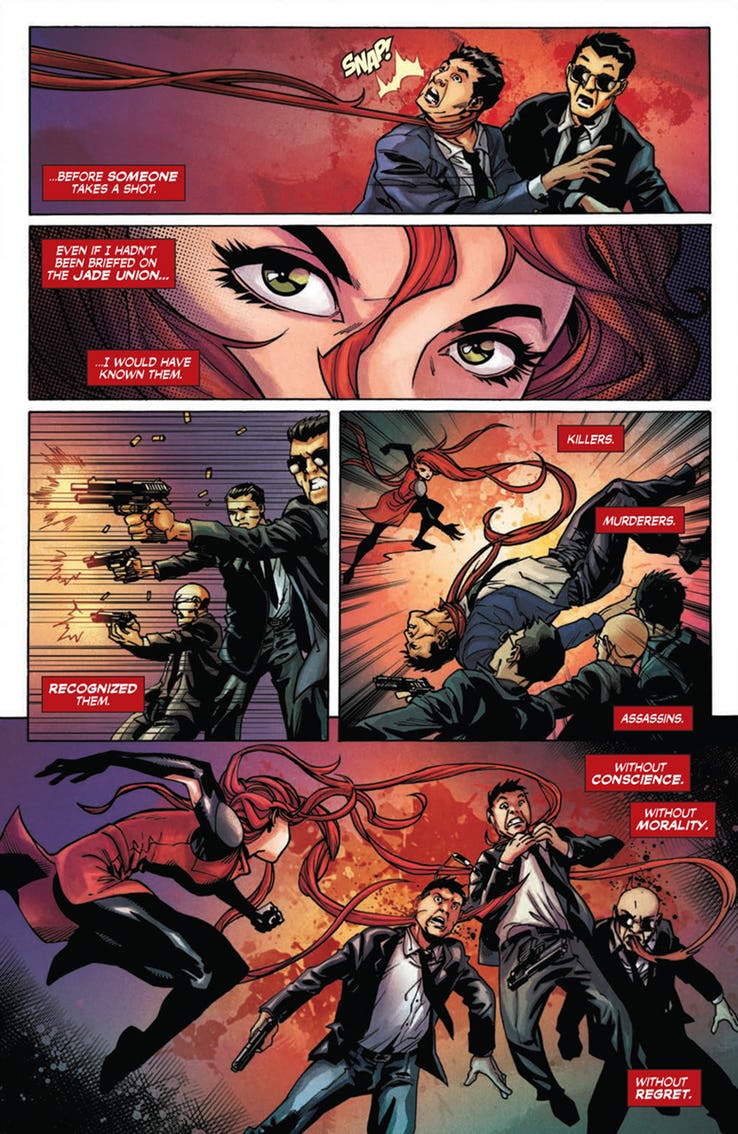 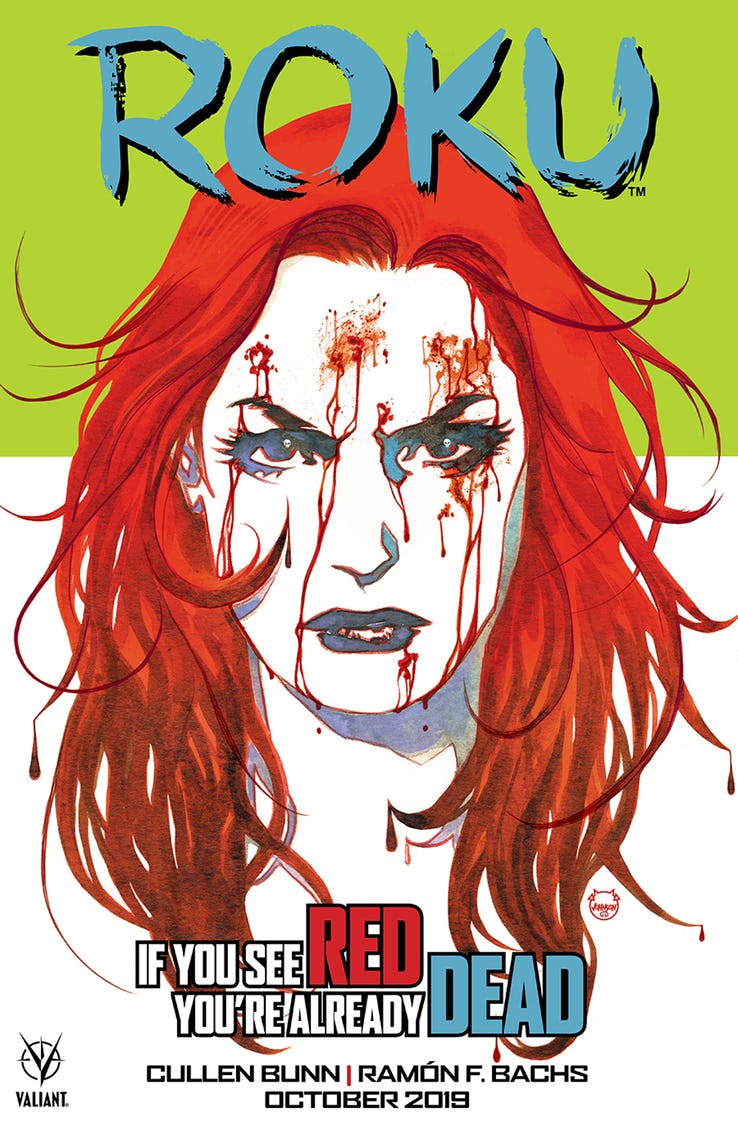 “A big part of the appeal of this series is the idea that Roku has never appeared in her own book before. She’s always been a villain or supporting character… Roku is almost a force of nature. She sets her mind on something and she does whatever it takes to accomplish that goal. Morals don’t enter the equation for her. Until they do. And that’s going to be a part of the challenge Roku faces. She’s set on a mission, but the mission changes in a dramatic way. Once that happens, she must make some tough decisions. That kind of character is a lot of fun to write, and that’s even before I send her on a breakneck action adventure that simply does not let up.”

" Roku seemed like a fantastic opportunity to participate in the vast Valiant Universe. I am very proud and happy to work on this title. Plus, Roku has such a terrific hairstyle I can’t wait to draw! I collaborated with Cullen sometime ago on a few Marvel books, and he’s a great writer and a wonderful person. I am very lucky to work with him again!" 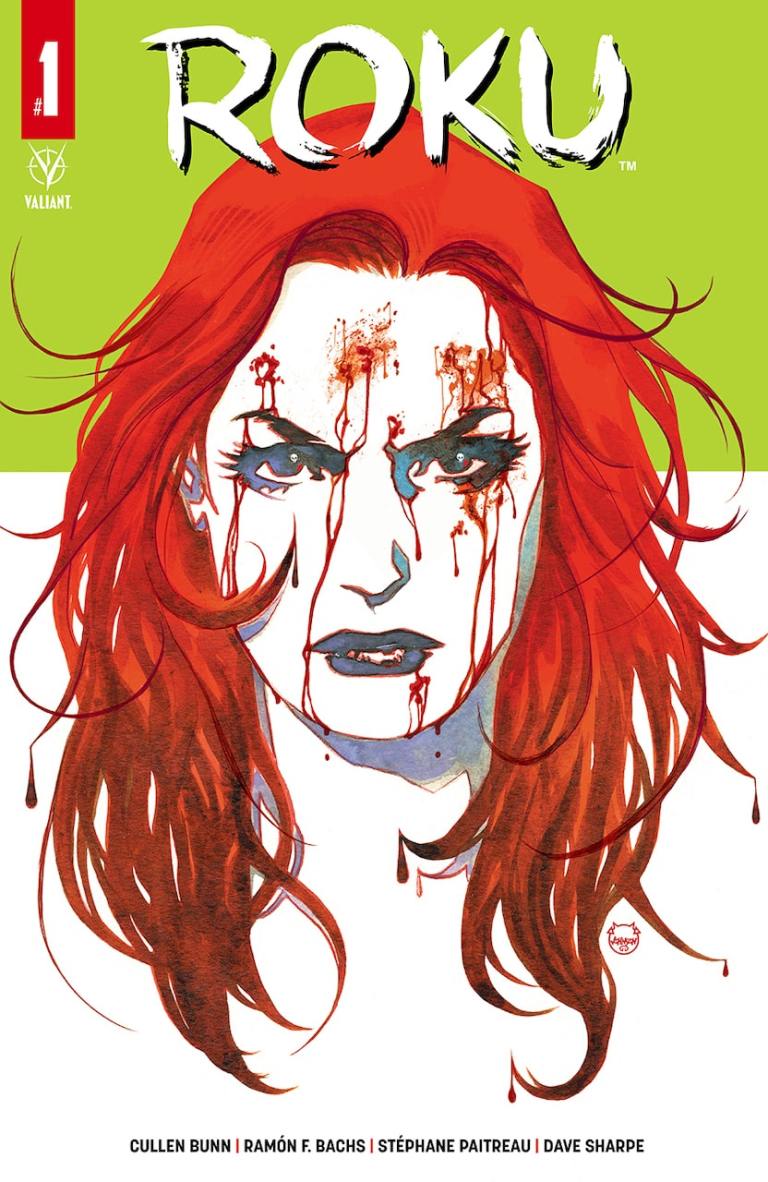 Roku is a new comic from Valiant Entertainment that writer Cullen Bunn says is exciting in part because the main character, “has always played the role of supporting character or villain, but here we see her striking out on her own. The spotlight is on Roku, allowing us to dig into her character in a completely new way.” Bunn also said he wanted to explore the hidden criminal empires of the Valiant universe and, “readers will get glimpses of a much bigger world that can be explored later.” Expect new heroes and villains in the new series too as Bunn puts it, “We’re using this series to introduce several new heroes, villains, and criminal organizations to the Valiant universe. My hope is that characters like Ember-1 and the Minister of Blades will appear in other Valiant books in the future!”

How many lives must the lethal assassin Roku take in her first series? Killing her way around the globe, the deadly weapon called Roku will face a challenge she can’t simply execute. 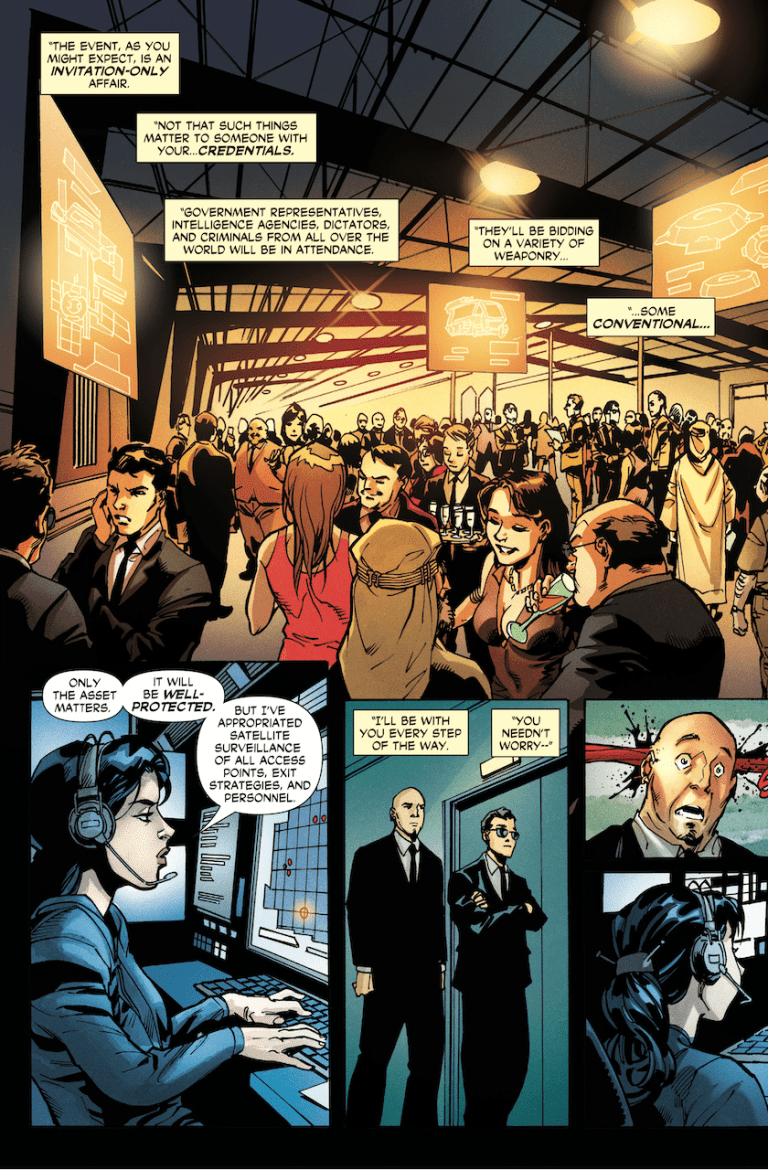 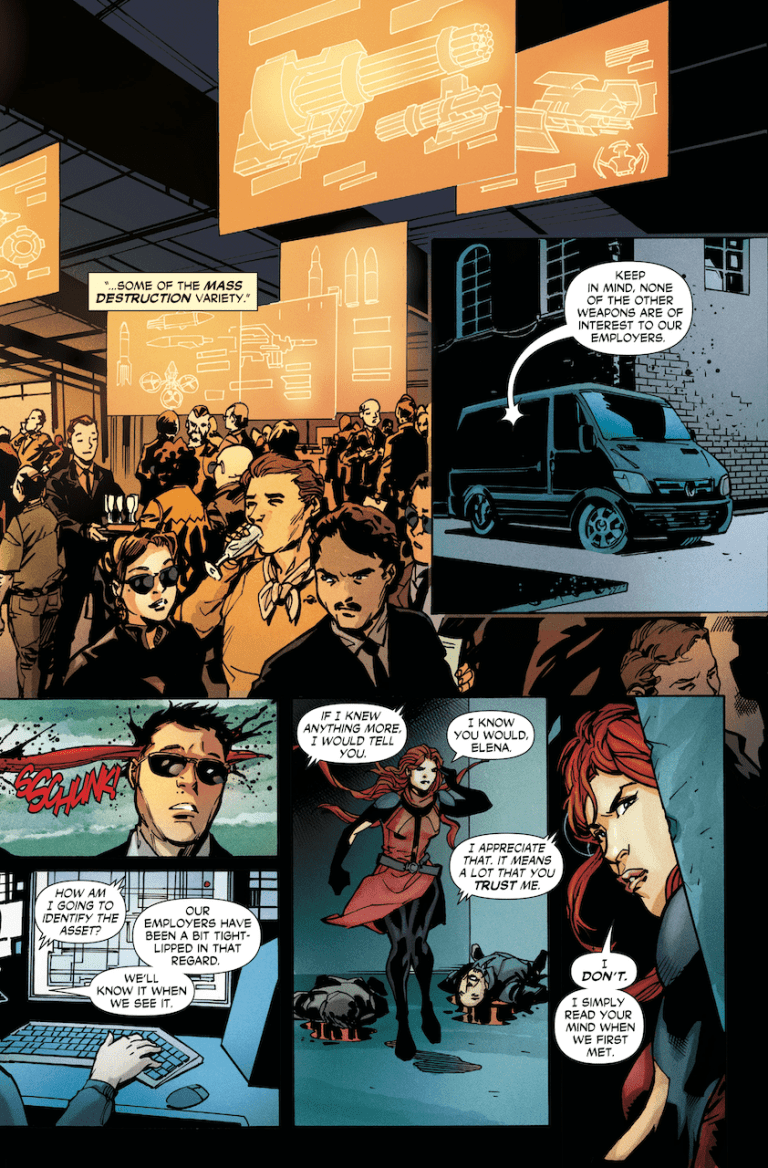 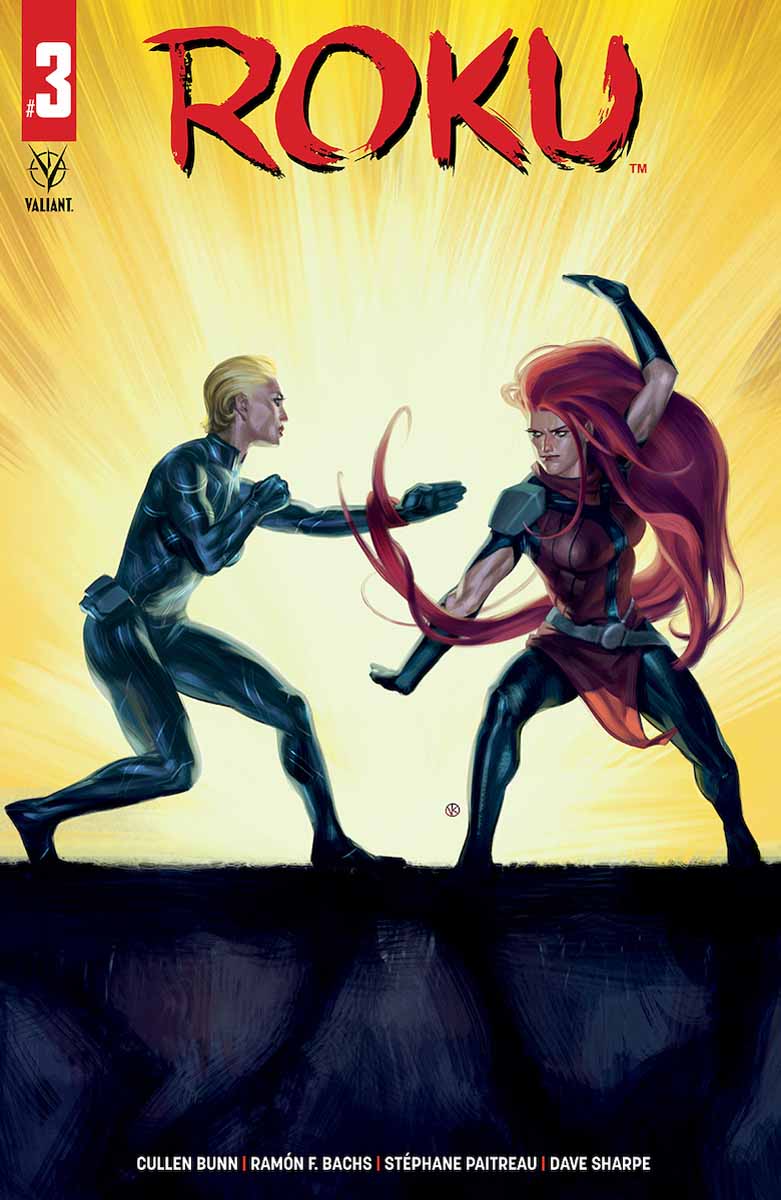 Description: The lethal assassin Roku is reeling from a brutal defeat, but an even bigger fight awaits… It’s round 2 between Roku and the superspy Ember-1! 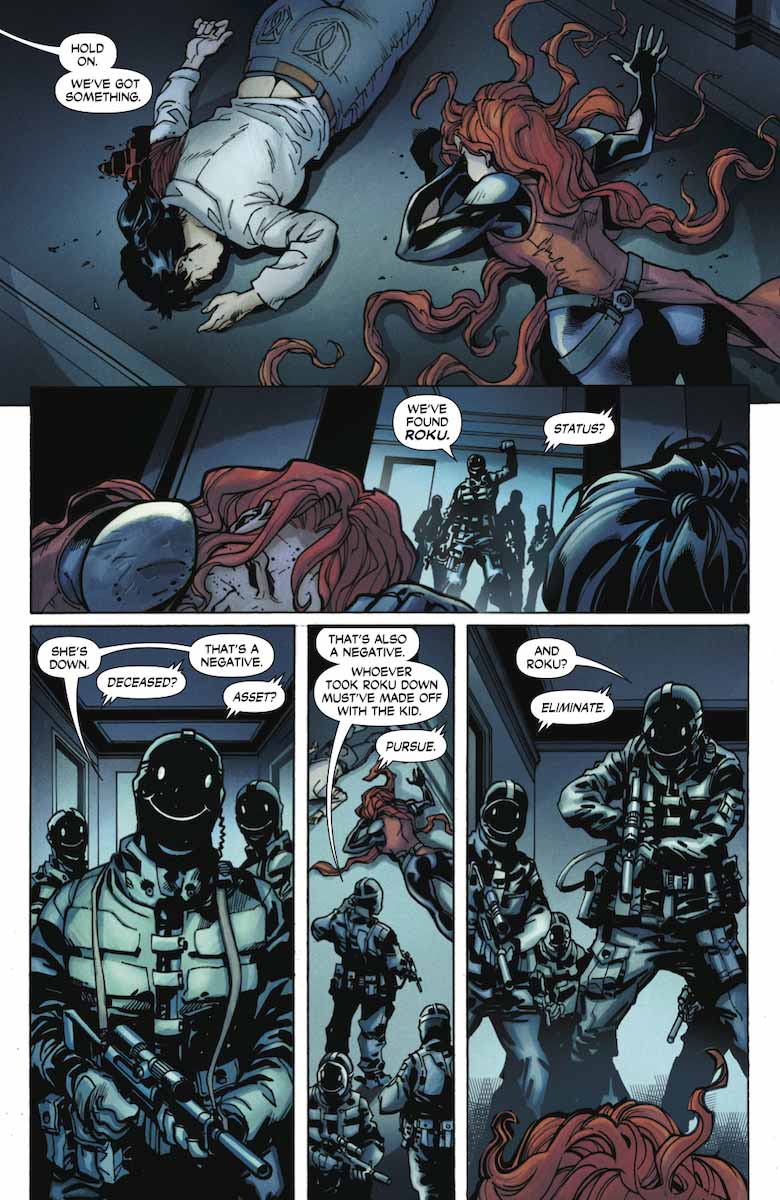 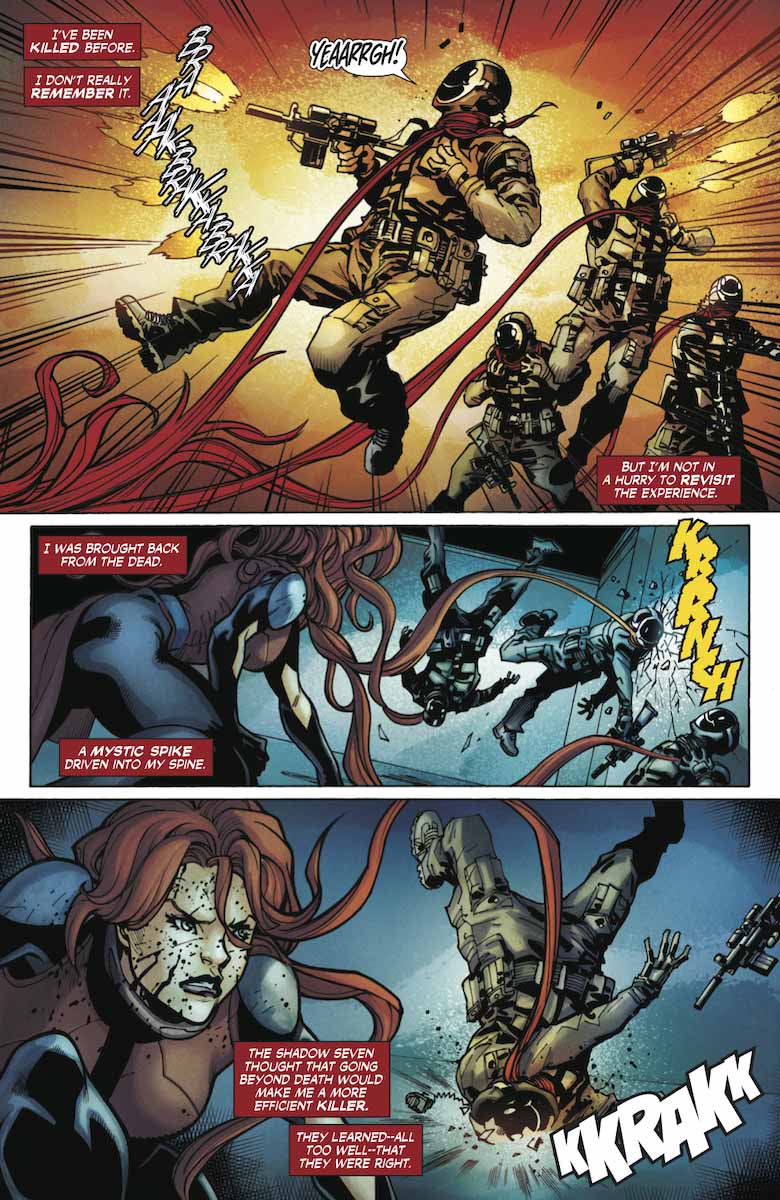 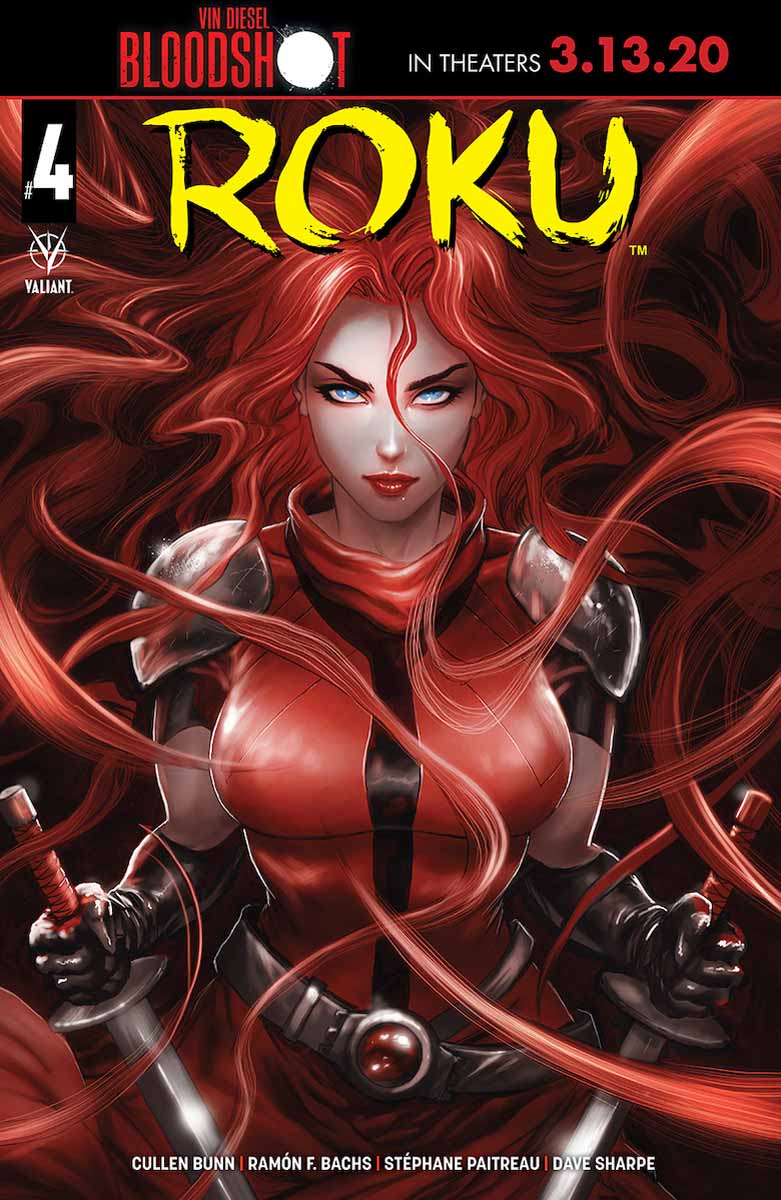 Description: Roku faces her sharpest enemy ever, the Minister of Blades, in the epic final battle! Who lives? Who dies? Find out here! 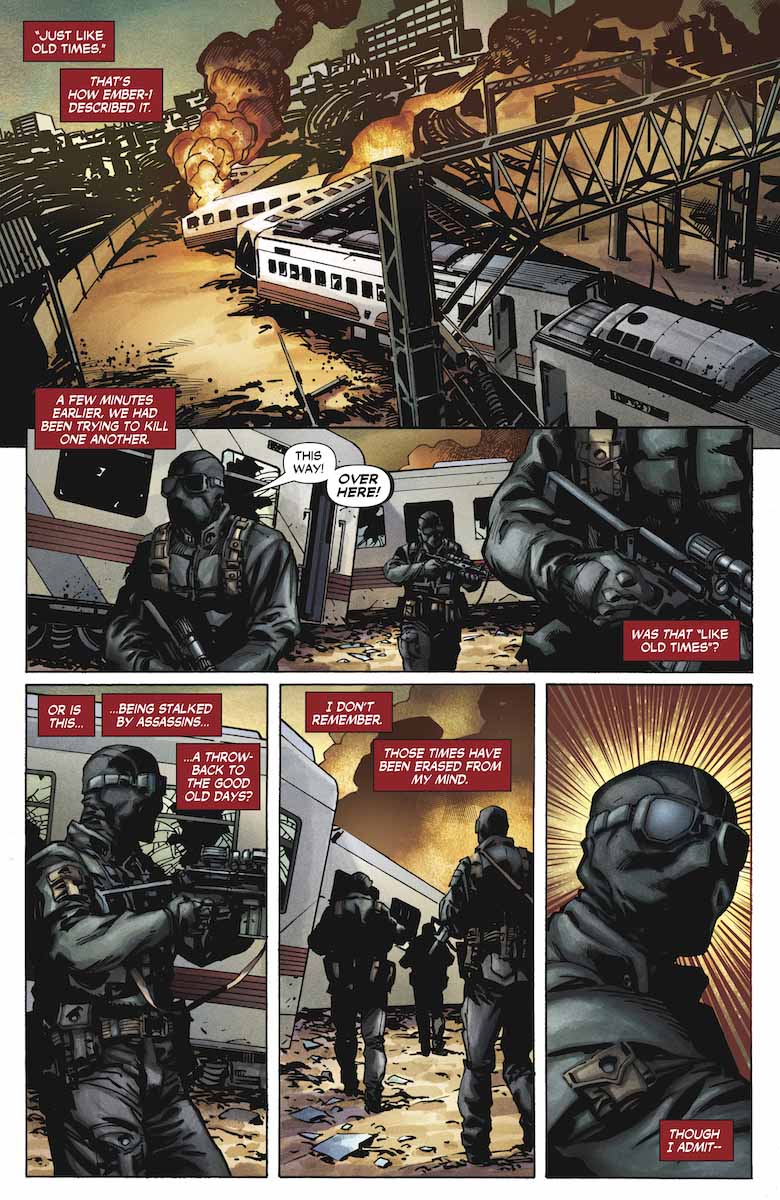 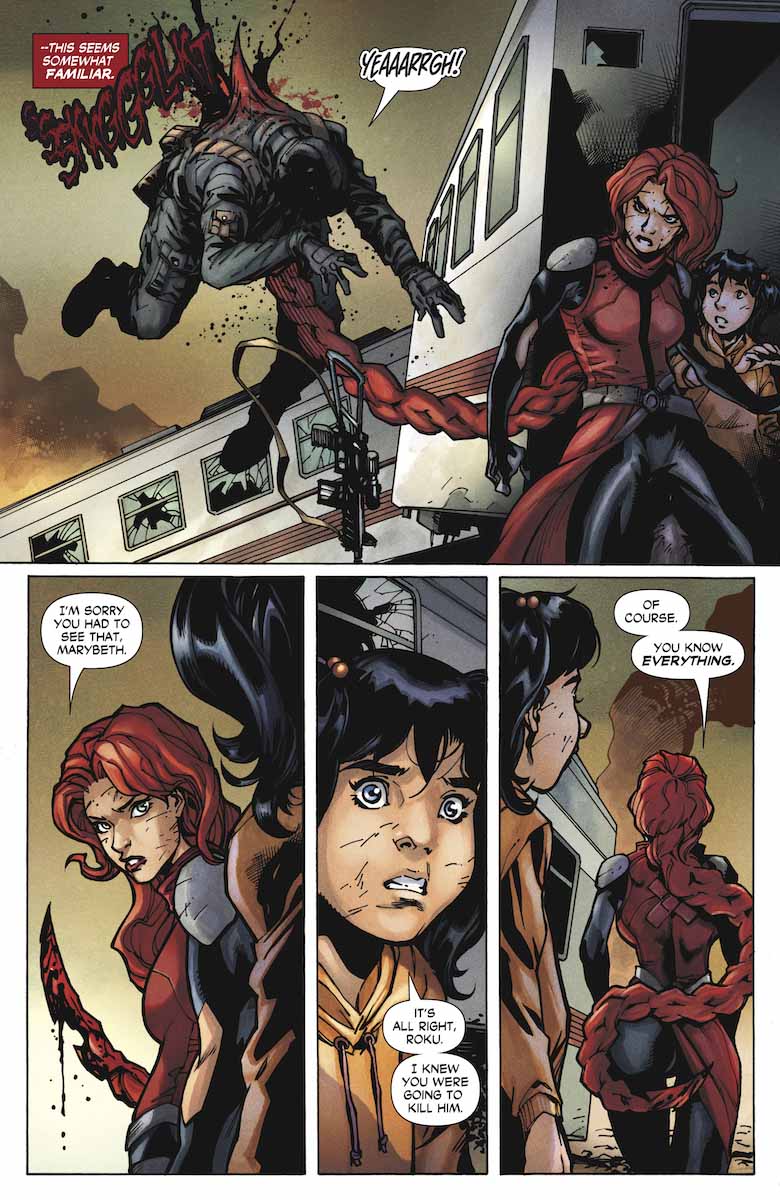