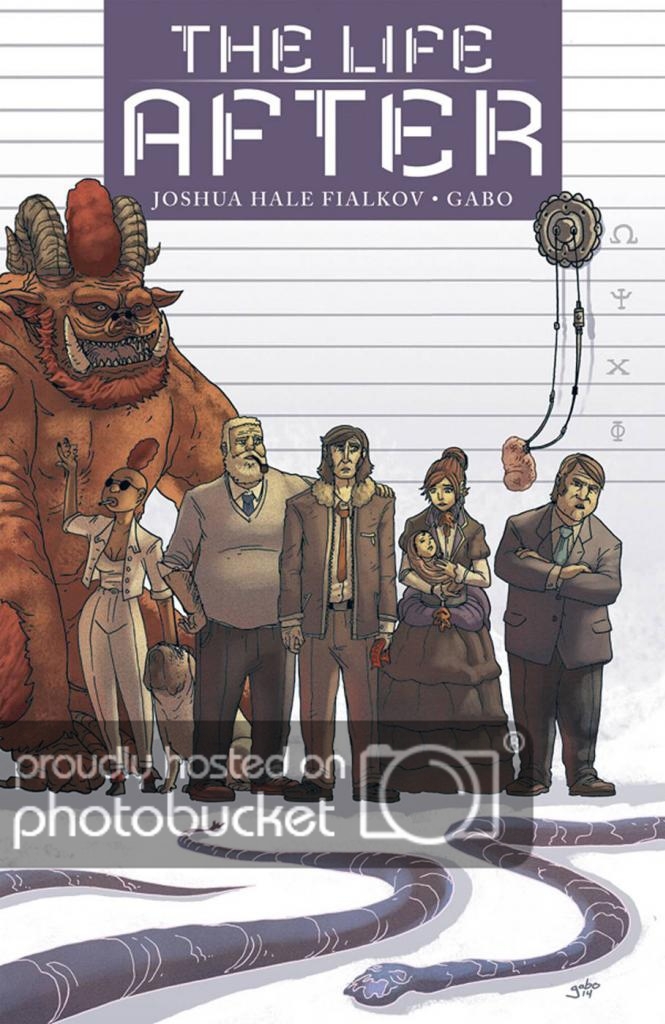 THE LIFE AFTER VOLUME ONE SC
Written by Joshua Fialkov, art and cover by Gabo.
Jude’s life is nothing special. It seems like every day is just a repeat of the last one, until one day, he meets a woman and can suddenly see into her past – revealing that he is actually in Purgatory for suicides. Now that he’s awake, he and the legendary Ernest Hemingway are on the path to change things in the afterlife for the better. Of course, that might not sit very well with the bigwigs down below or up above. Can just a few people change the course of billions of souls? Collects the first five issue of the ongoing series.
136 pages, $9.99.

THE LIFE AFTER #5
Written by Joshua Fialkov, art by Gabo, cover by Nick Pitarra.
Jude and Ernest have been captured by the guys upstairs, and find that Nettie, the woman that Jude thought he had saved, is imprisoned right there with them. But capture may be the least of their worries when they finally come face-to-face with the Consultant. Will they be able to break free and set things right? The conclusion of the epic first arc!
32 pages, $3.99. 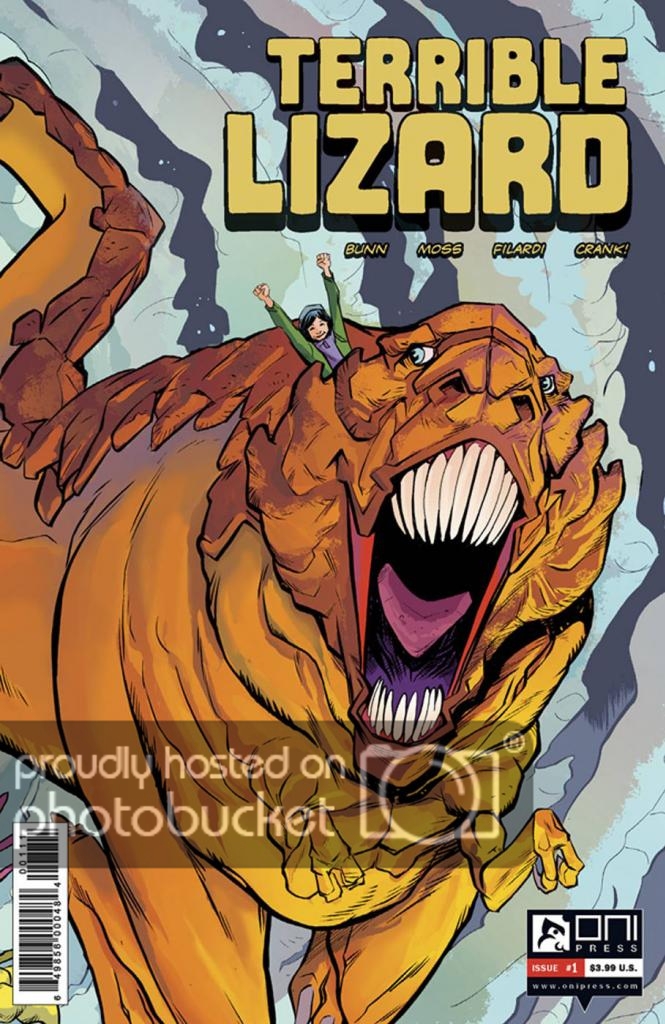 TERRIBLE LIZARD #1
Written by Cullen Bunn, art and cover by Drew Moss, Ryan Hill.
The touching story of a girl and her T-Rex… with a healthy dose of collateral damage and monster conflict on the side! When the scientists of Cosmos Labs punch a hole through time and space, they pull a ferocious dinosaur into the present. The dinosaur imprints on teenage Jessica, proving to be more mischievous than vicious. But he is not alone. Strangely mutated prehistoric monsters begin attacking our world. What’s a girl and her dinosaur-fighting dinosaur supposed to do?
32 pages, $3.99. 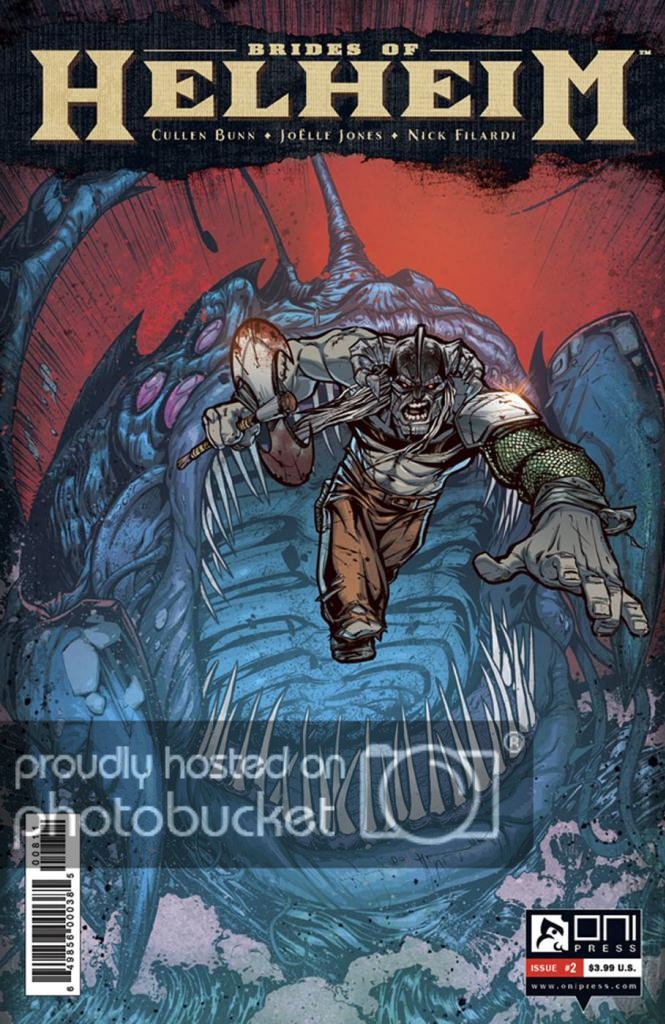 BRIDES OF HELHEIM #2
Written by Cullen Bunn, art and cover by Joelle Jones, Nick Filardi.
Even after death, the draugr Rikard remains the thrall of three witches. And now maiden, mother, and crone have sent the walking dead man on another mission of chaos and bloodshed. Traveling to far away lands, the undead Viking wages a one-man siege of the Black Abbey, where he hunts the warlock who taught the dark arts to the women who raised Rikard from the dead!
32 pages, $3.99. 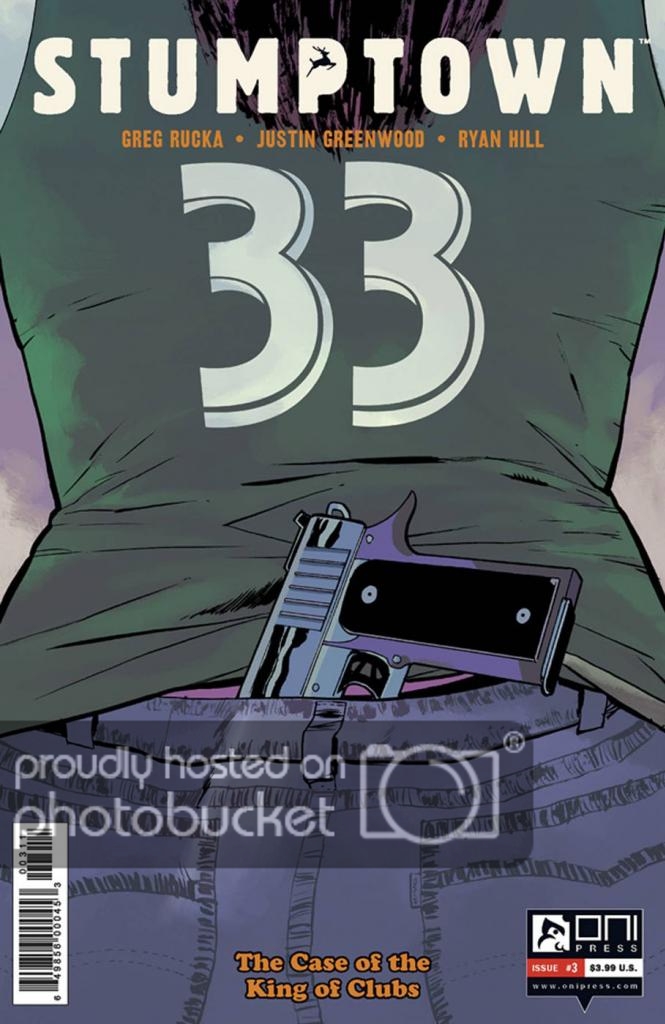 STUMPTOWN VOL. 3 #3
Written by Greg Rucka, art and cover by Justin Greenwood.
With her friend Mercury still in a coma, Dex is taking things personally – perhaps too personally. As the investigation stalls, Dex begins to veer out of control, and there’s no telling who might get hurt in her wake.
32 pages, $3.99. 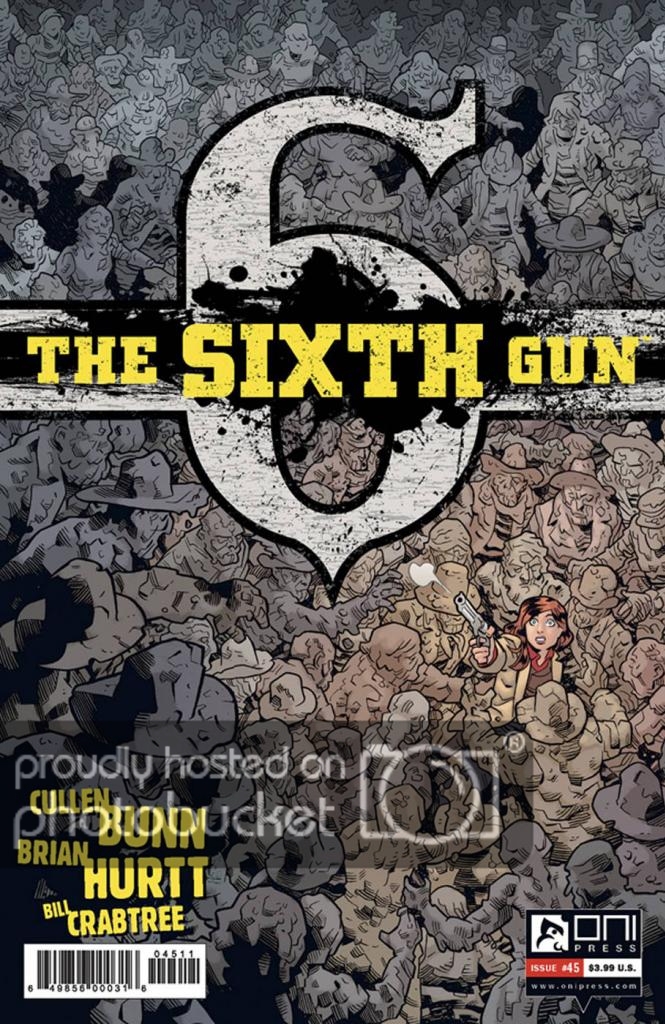 THE SIXTH GUN #45
Written by Cullen Bunn, art and cover by Briant Hurtt, Bill Crabtree.
With the magical aid of Screaming Crow, Drake Sinclair and Becky Montcrief have taken the fight to the heart of the Grey Witch’s empire! But the tides of battle are fickle at best. As Griselda unleashes a devastating assault, Drake and Becky are faced with a grim revelation – they may not be able to save the world after all!
32 pages, $3.99. 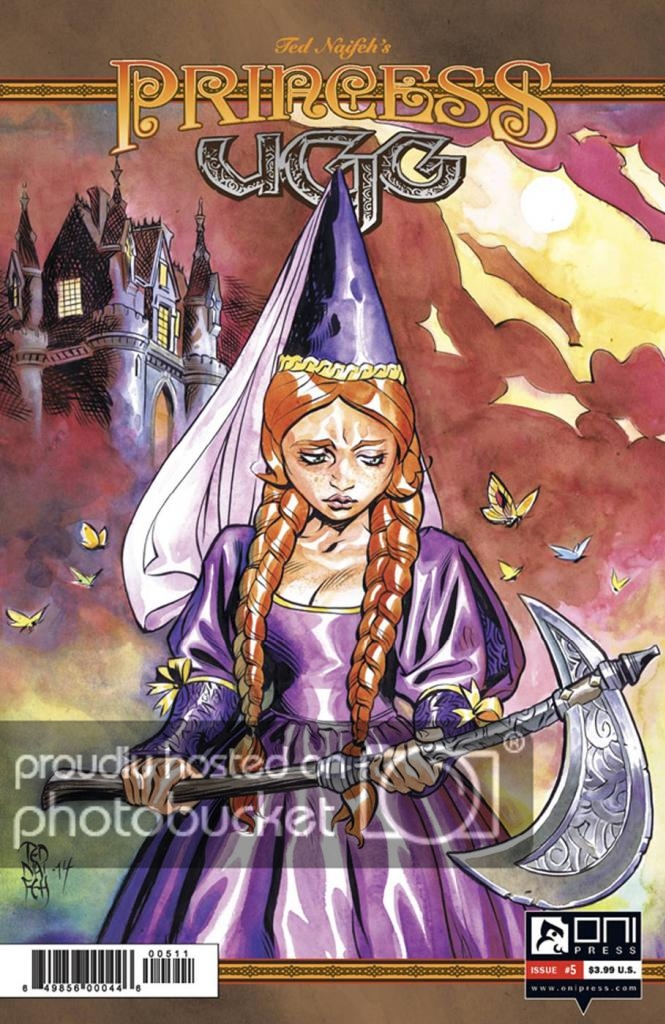 PRINCESS UGG #5
Written, art and cover by Ted Naifeh.
Trouble is brewing back in Grimmeria, but Ulga’s studies are steadily improving, much to the astonishment of her peers and teachers. She even catches the eye of a handsome guard captain. But Ulga is still a Grimmerian at heart – which will come in handy when her carriage is besieged by bandits!
32 pages, $3.99.

THE BUNKER #8
Written by Joshua Fialkov, art and cover by Joe Infurnari.
When Billy learns of a second impending attack, he begins to research the group thought to be behind them. What he doesn’t know is that it’s his best friends.
32 pages, $3.99. 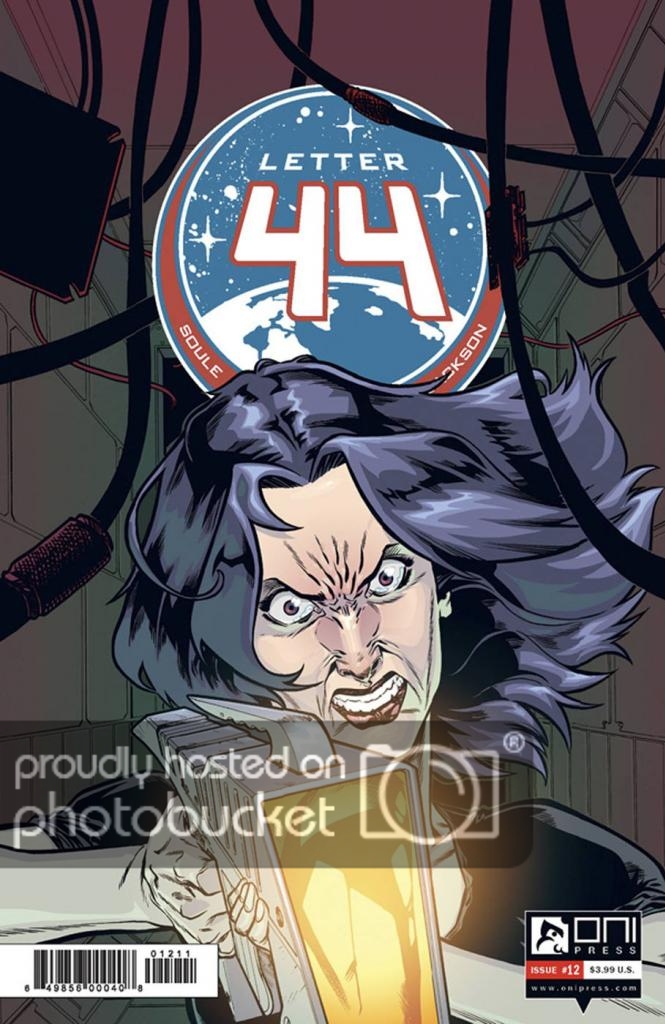 LETTER 44 #12
Written by Charles Soule, art and cover by Alberto Jimenez Alburquerque, Dan Jackson.
Impeachment proceedings have begun against the president, while Stephen receives game-changing information about America’s true enemy. Meanwhile, the crew of the Clarke prepare for a last stand as the ship is boarded.
32 pages $3.99.