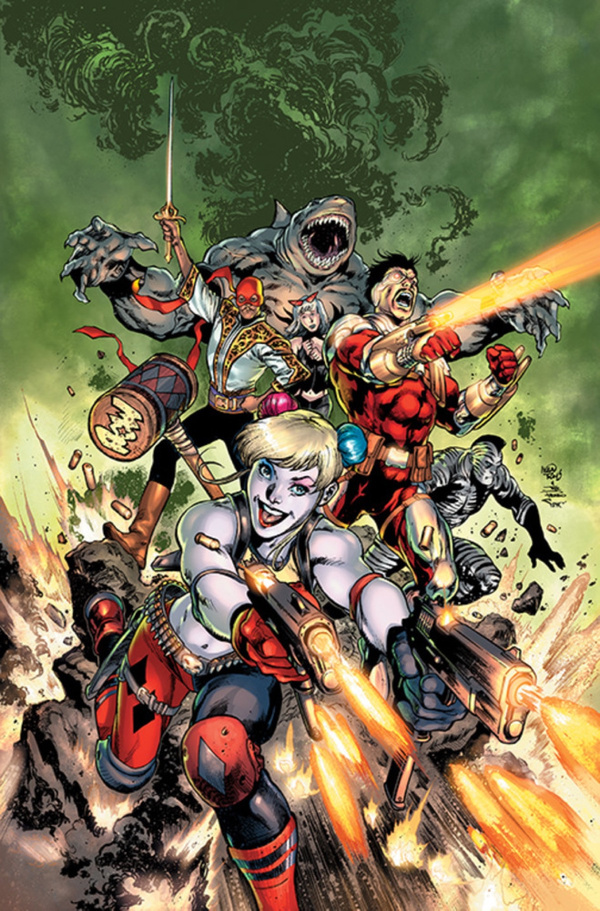 BURBANK, CA – (September 10, 2019) – The unlikeliest villains in the DC Universe are back in their grittiest incarnation yet as DC today announced plans for an all-new SUICIDE SQUAD ongoing series scheduled for December.

This new version of Task Force X is already full of changes, with new villains—any of whom could die on a mission or be dispatched by an all-new and mysterious leader who has replaced Amanda Waller. This

Squad’s new mission is to neutralize a new group of international super-terrorists known as the Revolutionaries—and not everyone on either side will make it out alive! But when the U.S. government’s most deniable team of antiheroes realizes that the surviving Revolutionaries will be joining the Squad, that’s when the fireworks really begin!

According to an exclusive interview with The Hollywood Reporter, writer Tom Taylor talks about just how much he’s raising the stakes in this new series: “Truly, no one is safe, there’s a new regime, and this regime sees this team as assets and nothing more. They don’t care if they lose them in the field, they can always get more, and they DO get more.”

When DC’s most desperate villains are combined with new inmates of Belle Reve that Task Force X has been trying to kill, who can Harley Quinn and Deadshot trust? These misfits not only have to worry about surviving their next mission, but each other as well.

The 40-page, $4.99 debut issue of Suicide Squad is scheduled to release December 18, 2019, written by Tom Taylor with art by Bruno Redondo, cover by Ivan Reis and Joe Prado, and variant cover by Francesco Mattina. For the latest information on the World’s Greatest Super-Heroes, visit the DC website at www.dccomics.com, the DC YouTube channel, or follow @DCComics on social media. 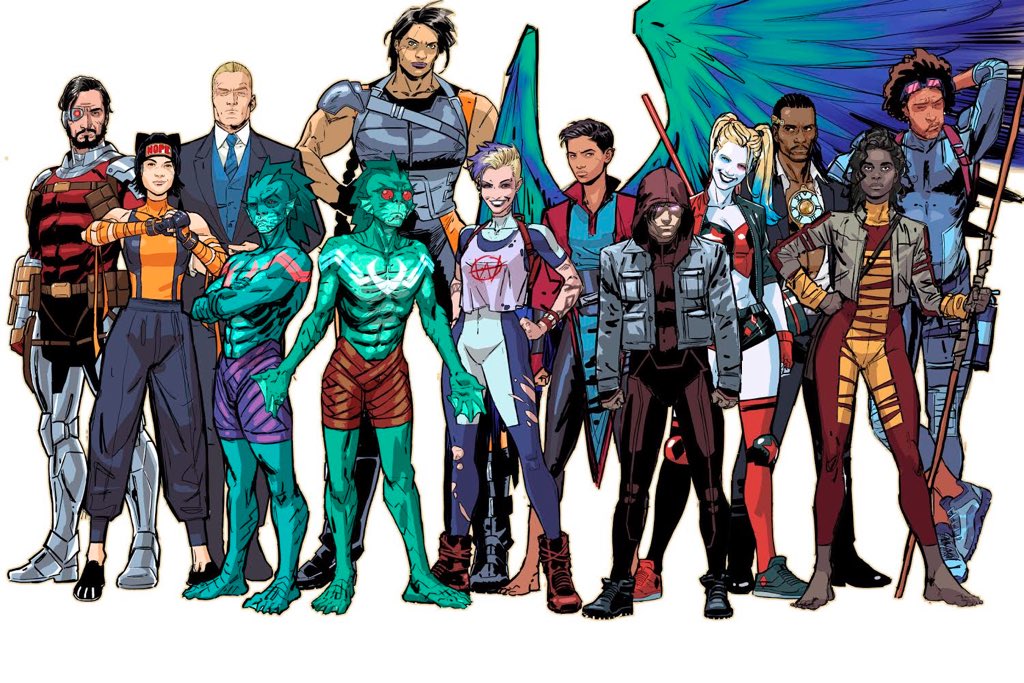 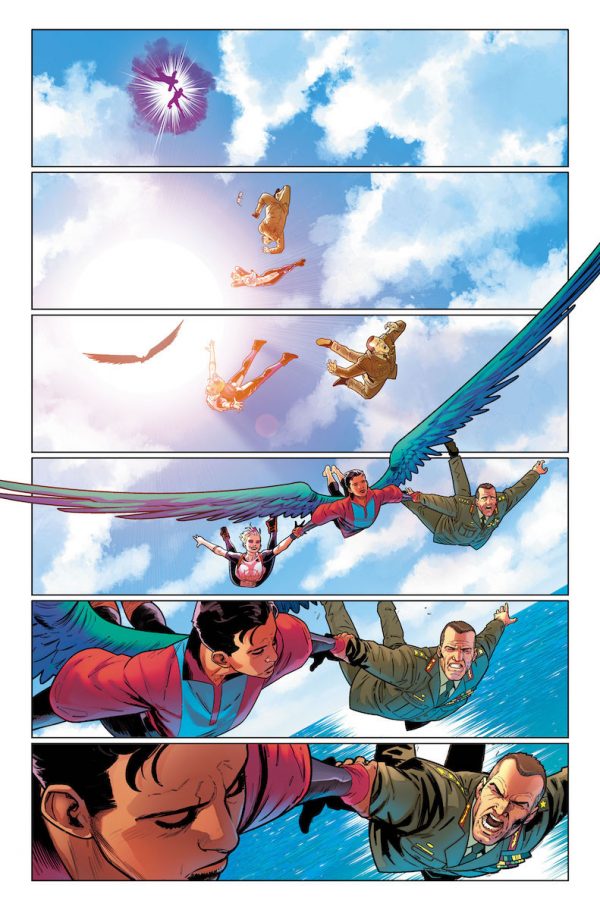 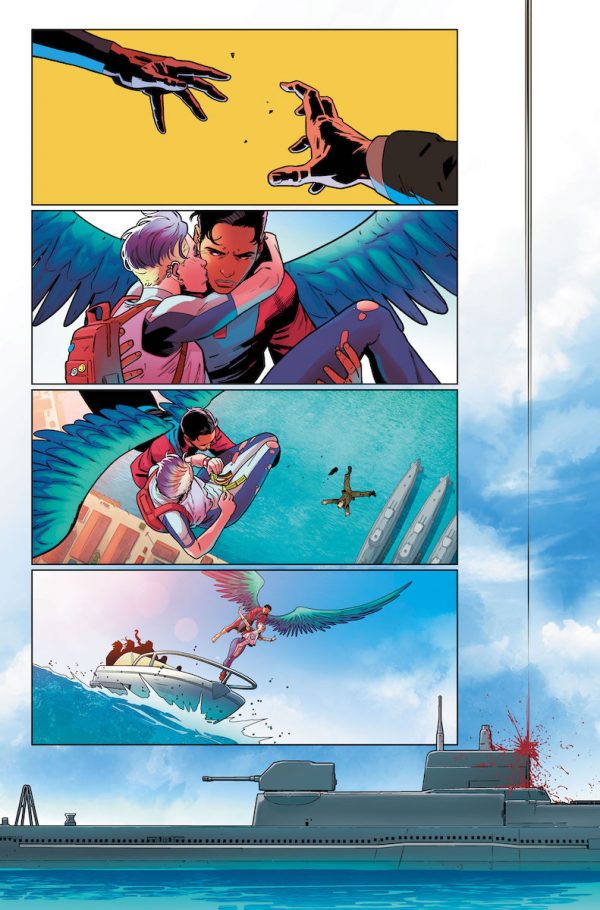 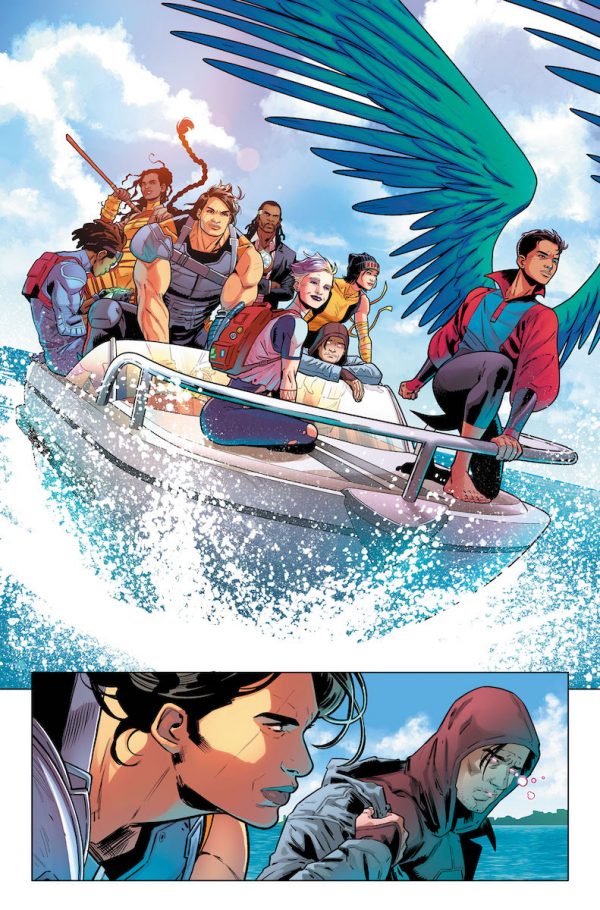 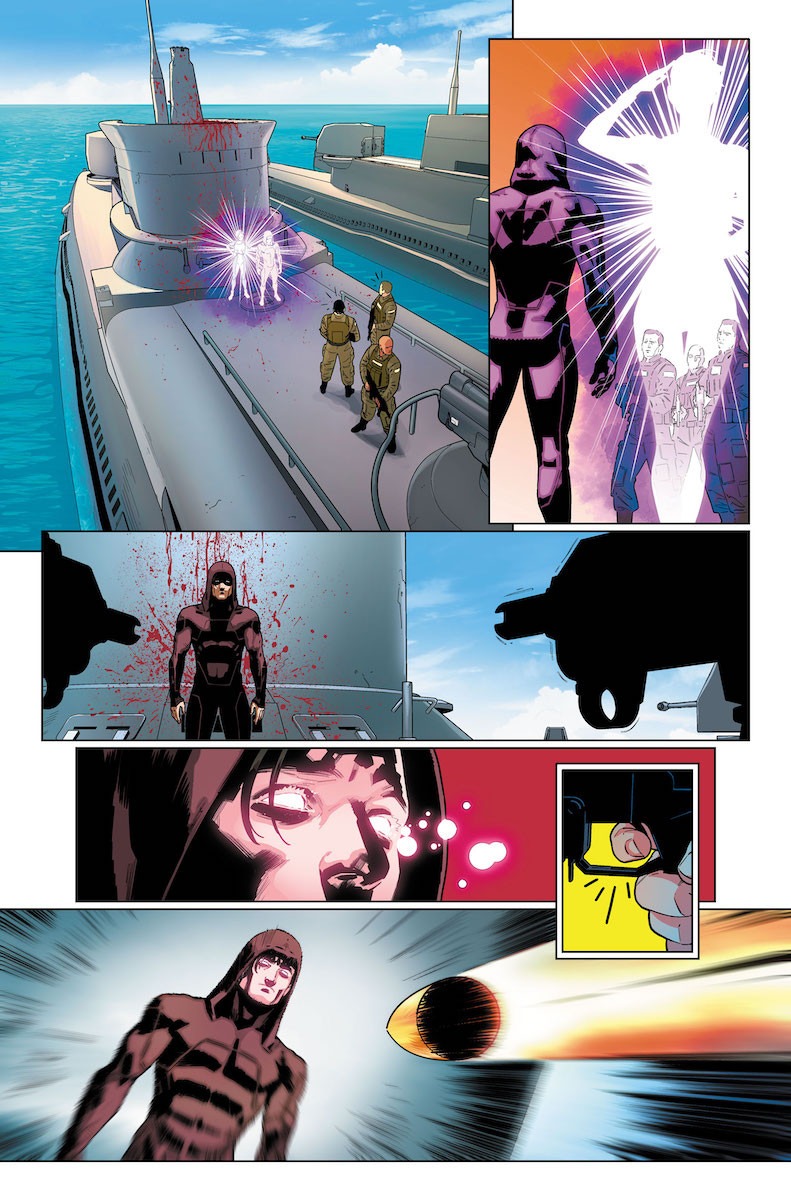 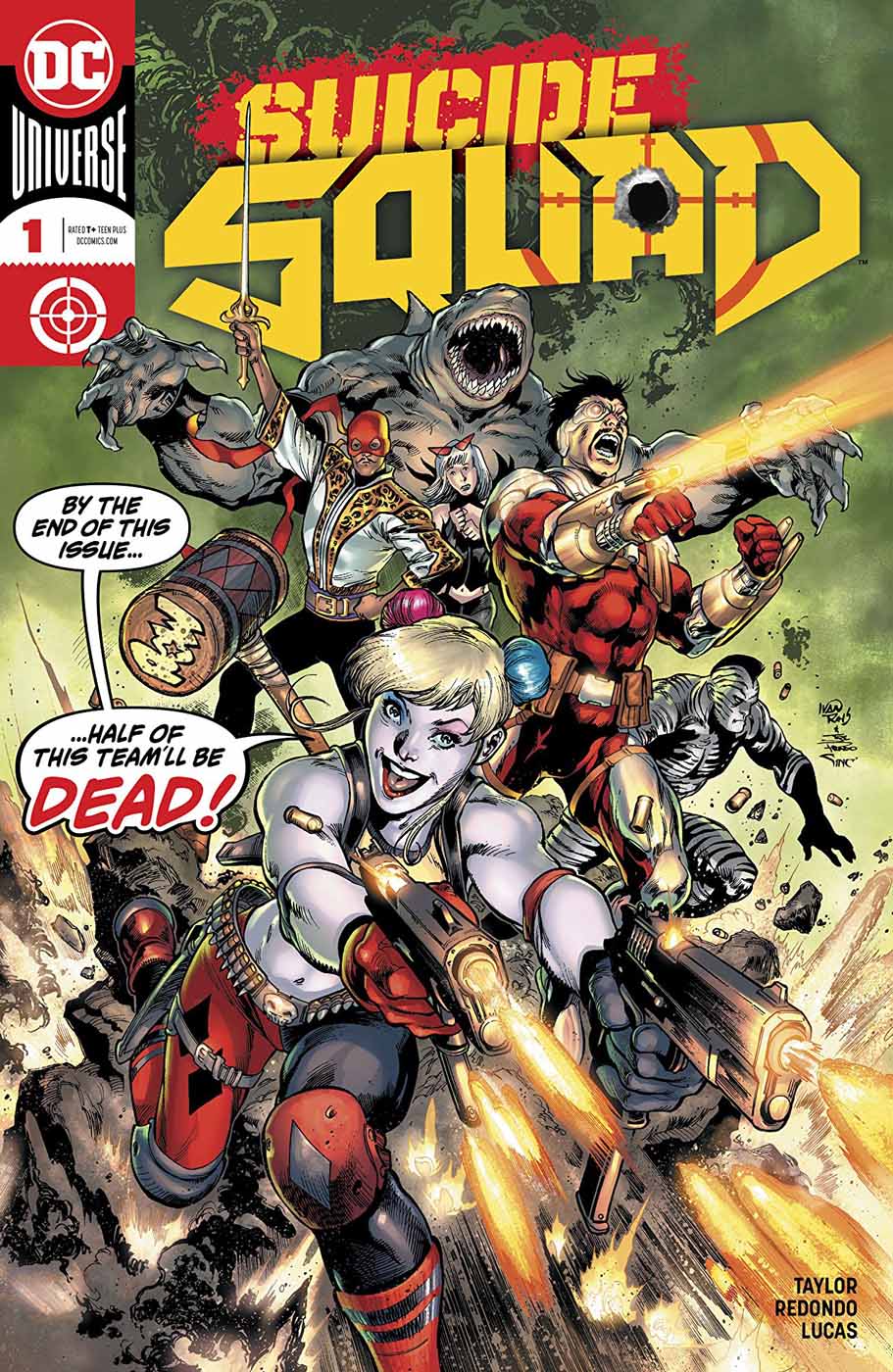 Description: Task Force X-nicknamed the Suicide Squad-unites some of the DCU’s unlikeliest villains for its bloodiest series yet! The Squad’s new mission is to neutralize a new group of international super-terrorists known as the Revolutionaries-and not everyone on either side will make it out back alive! But when the U.S. government’s most deniable team of do-badders realizes that the surviving Revolutionaries will be joining the Squad, all hell breaks loose! Who can Harley Quinn and Deadshot trust when their new teammates are the very people their crew was assigned to kill? The Suicide Squad doesn’t just need to worry about surviving their next mission… now they have to survive each other! 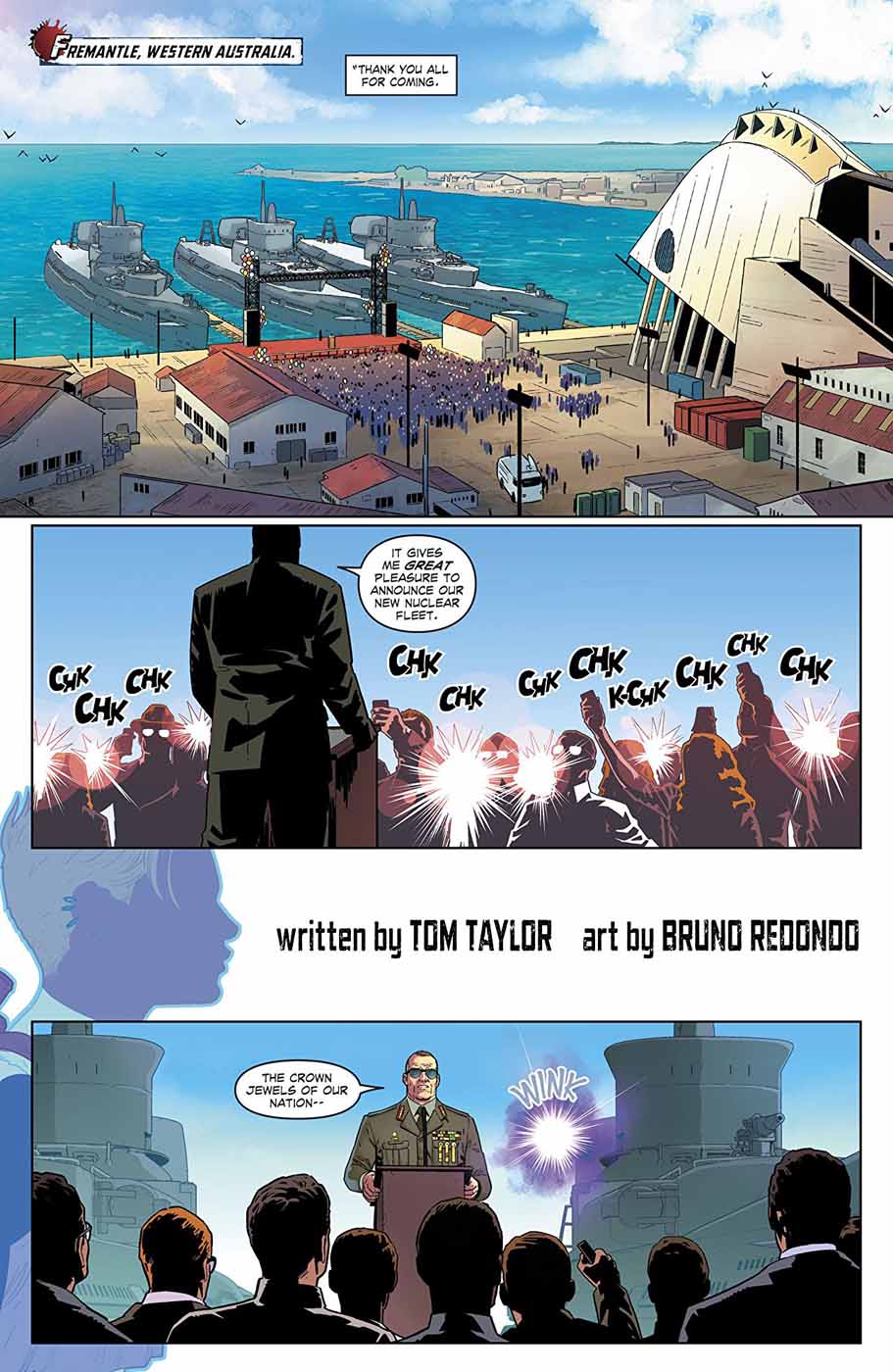 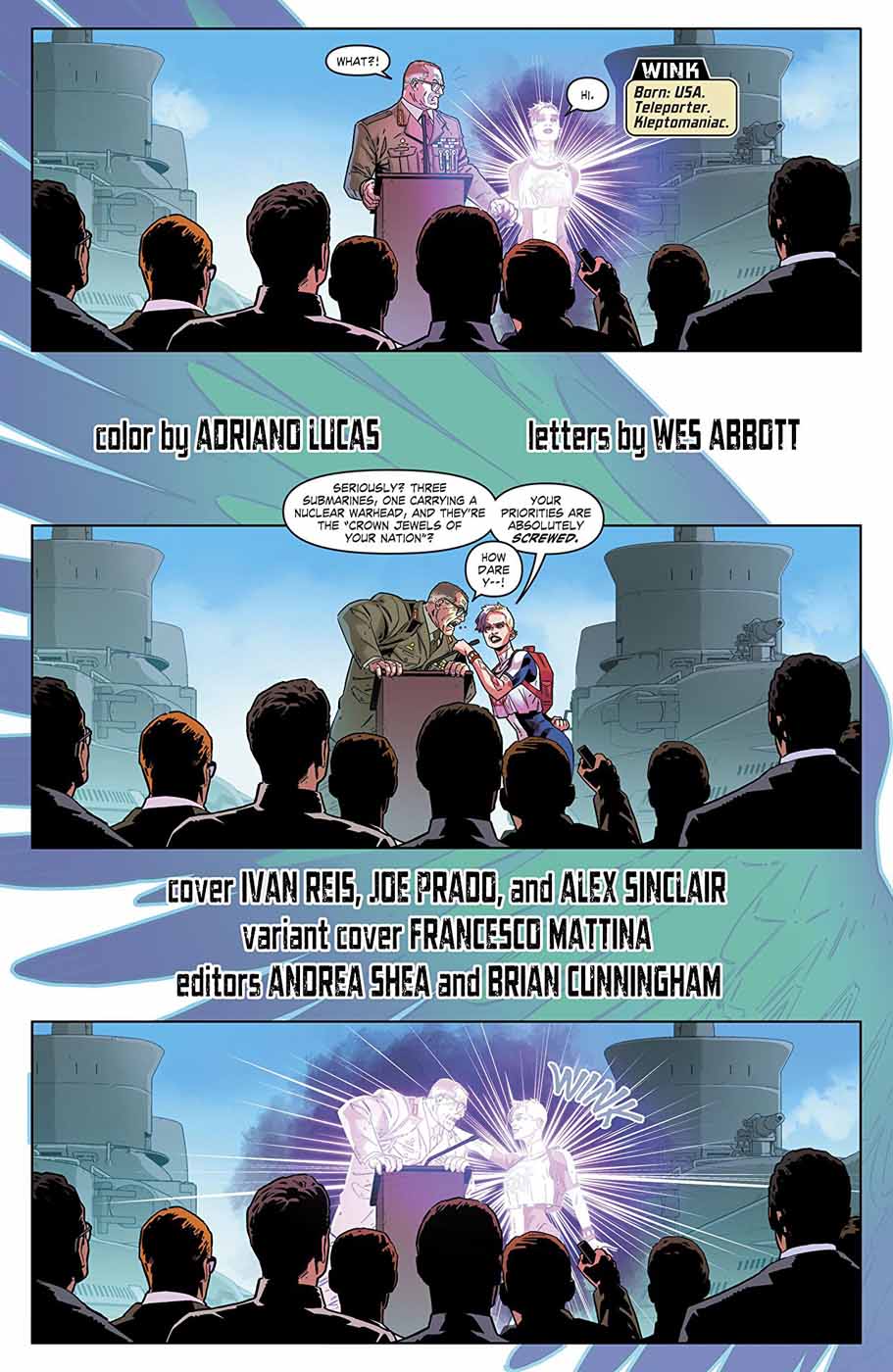 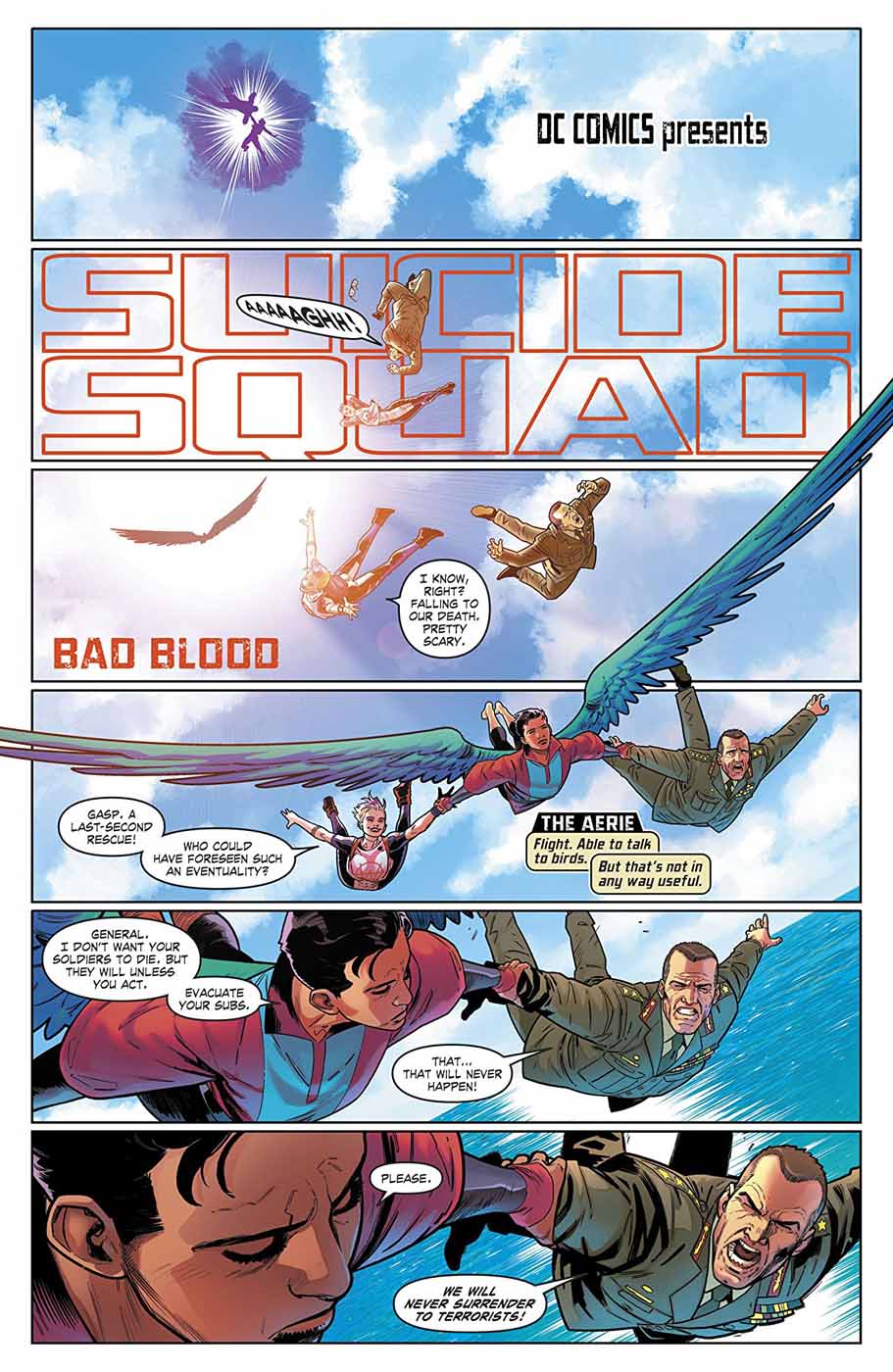 If issue #2 is anything like the first one, time to go full “Running Man” and start posting odds on who gets it next! Tom Taylor and Bruno Redondo are at it again with another high-octane issue of Suicide Squad featuring some of the DCU’s absolute worst, forced to work together under the direction of a leader even more ruthless than Amanda “The Wall” Waller. Is that possible?

After the carnage of Suicide Squad #1 last month, a new Task Force X has been assembled—even before the bodies of teammates and friends have had a chance to cool! What’s left standing may be the most capable and uncompromising Suicide Squad ever brought together. But, it’s also the most divided. Forced to fulfill the agenda of a cruel new taskmaster, this Squad might survive their next mission, but they may not survive each other. 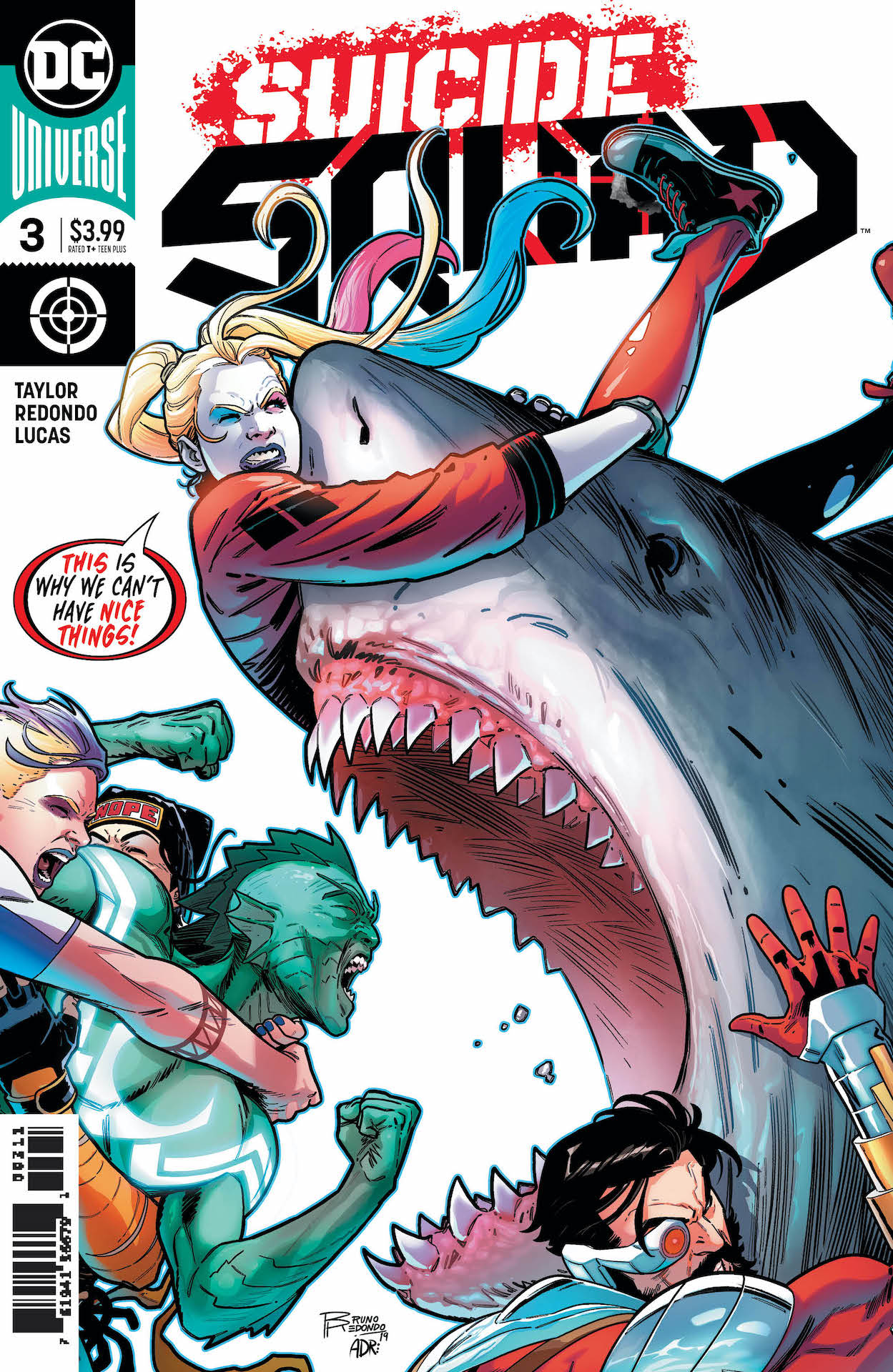 It’s Task Force X’s first mission as a brand-new team of blood enemies, and things have already gone horribly wrong! As Squad members start to turn on each other, the mission rapidly falls to pieces-but new team leader Lok will let no bad deed go unpunished. Who will take the fall? One thing’s for sure: there will be hell to pay… 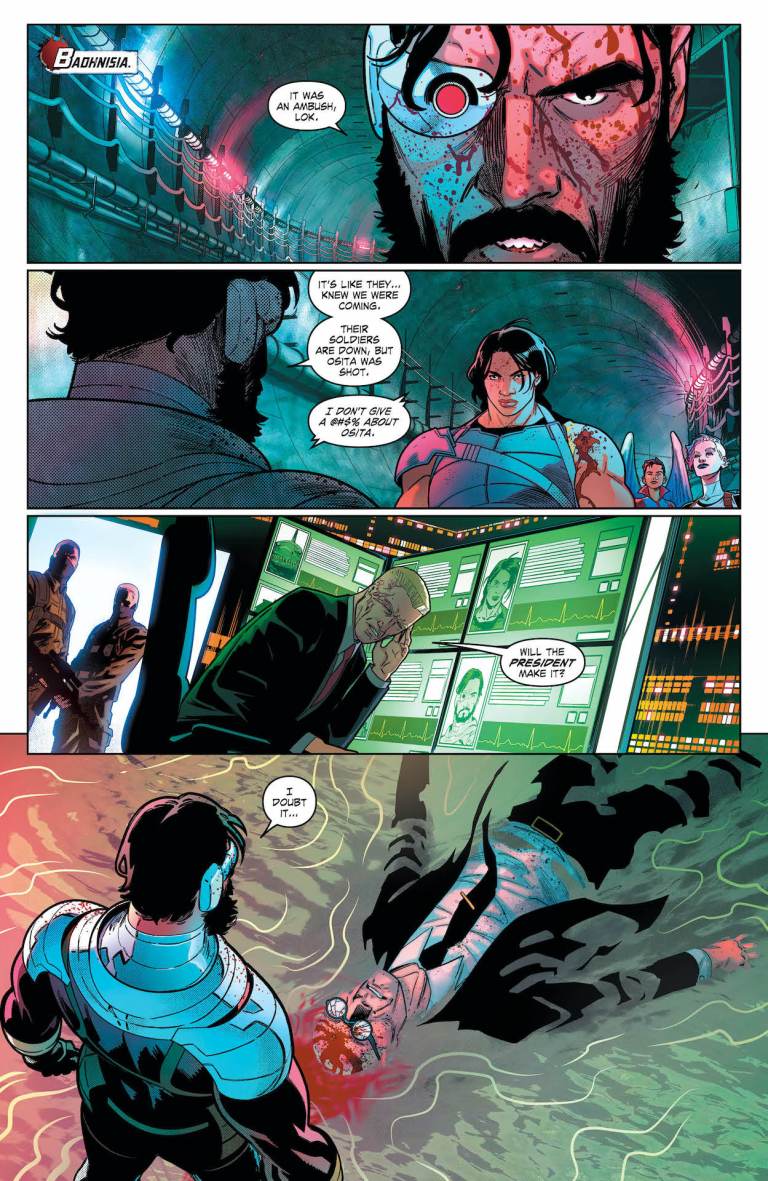 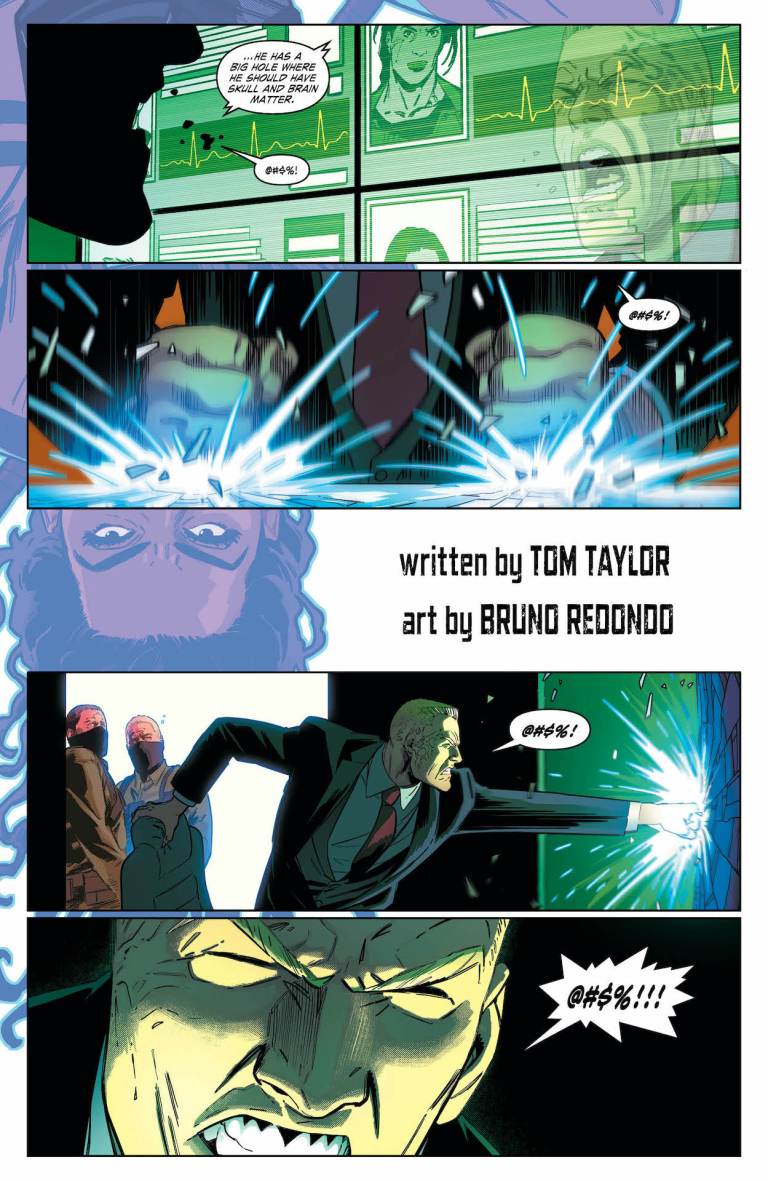