[quote]As a matter of fact, the discovery of that was a particularly fine moment for me. At first, it didn’t quite click because I read one of the books from the Tarzan series out of order. It was called “Tarzan at the Earth’s Core,” in which Tarzan goes to the hidden, inner world of Pellucidar and meets and interacts with David Innes from the Pellucidar series. But at that time, I didn’t realize there was a Pellucidar series. I just thought these were other interesting characters that Edgar Rice Burroughs had created for Tarzan to visit.

After that, I found out that there was a whole series of Pellucidar books. At the same time, I was a little disappointed because by the next book, Tarzan was off in some other recently discovered world. I was wishing that Tarzan could spend more time in Pellucidar. I ended catching up on the Pellucidar series, and that’s when I found out all of this stuff all takes place in the same world.

I tried to read Edgar Rice Burroughs’ books in order, but to a great extent, I was limited to what order that I discovered them. I found something called “The Mad King” that was part of a little two-book series that starred a character named Barney Custer. He was mistaken as the king of one of these fictionalized, Eastern European countries. His sister gets involved with a frozen caveman in a book called “The Eternal Lover,” and at the beginning of that book, Barney Custer and his sister are hanging out in the Greystoke Manor in Africa, just having cocktails and such as you do in an Edgar Rice Burroughs novel. That’s what finally cemented to me that all of this stuff takes place in the same world. I just went with that for this series.[/quote] 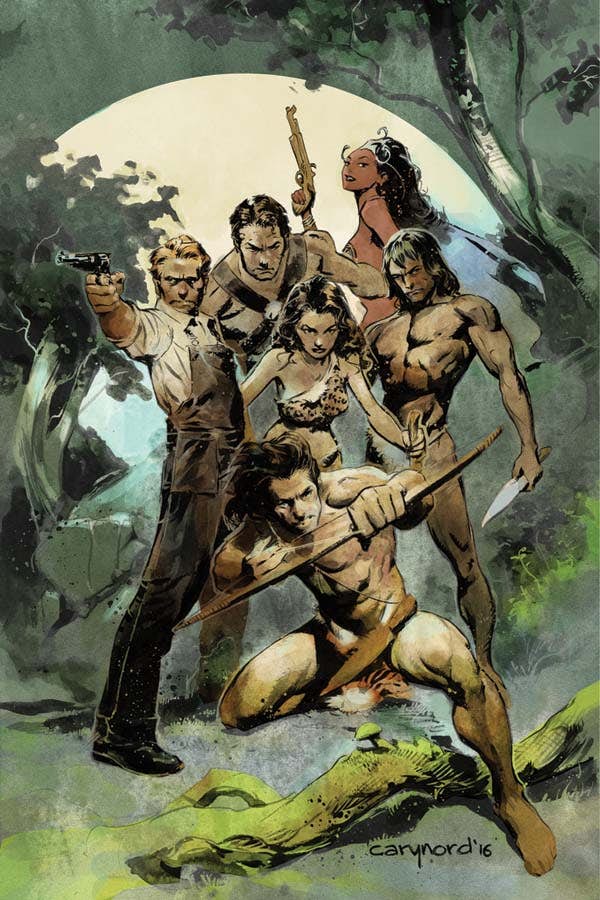 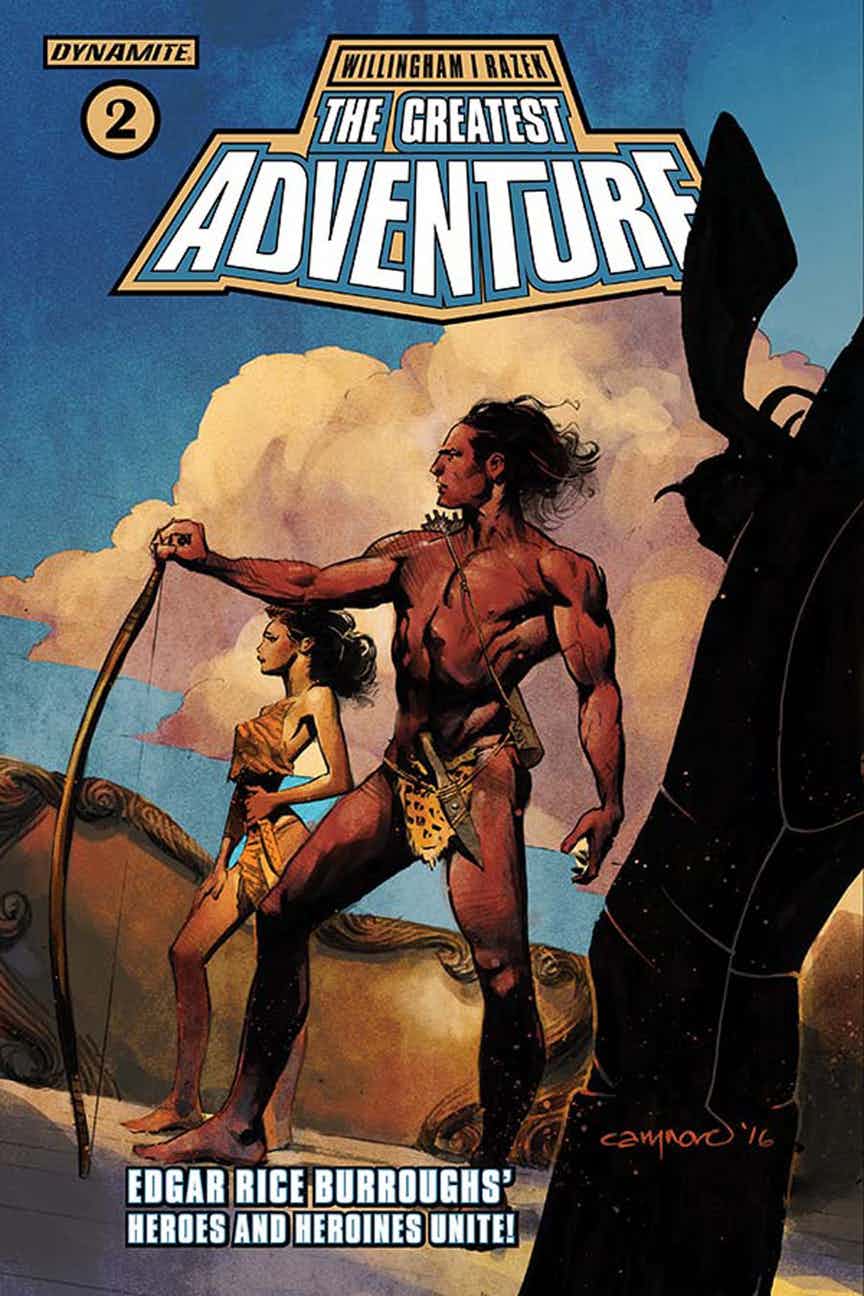 Tarzan, John Carter, and the rest of the crew of the Venture set sail in hot pursuit of the rare gemstone known as the Eye of Judgment – locked in a deadly race to the end with the alien battleship Resolve! They must retrieve the gem before their opponents do – or else must contend with a death ray of nightmarish proportions – one that is able to reach out across entire galaxies and snuff out life![/quote] 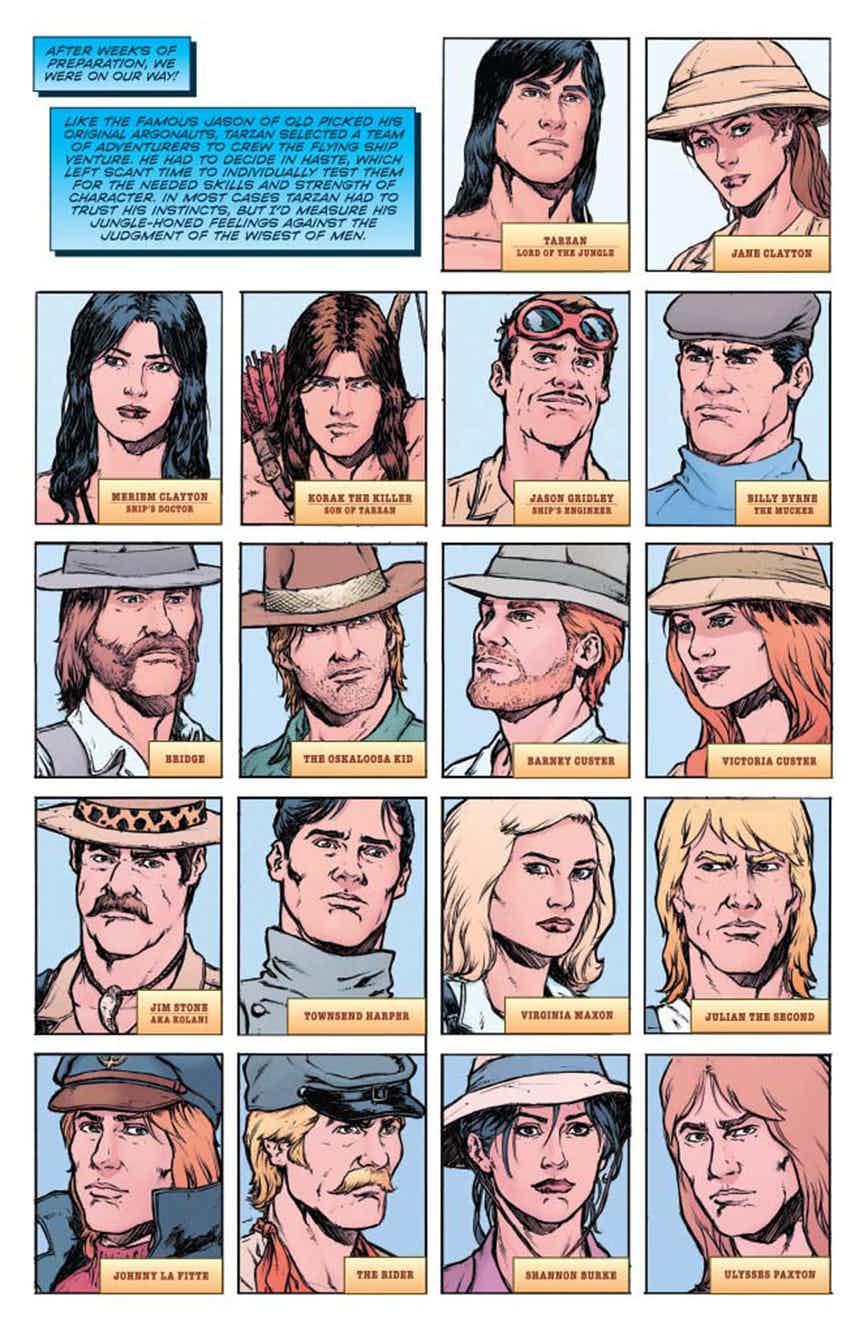 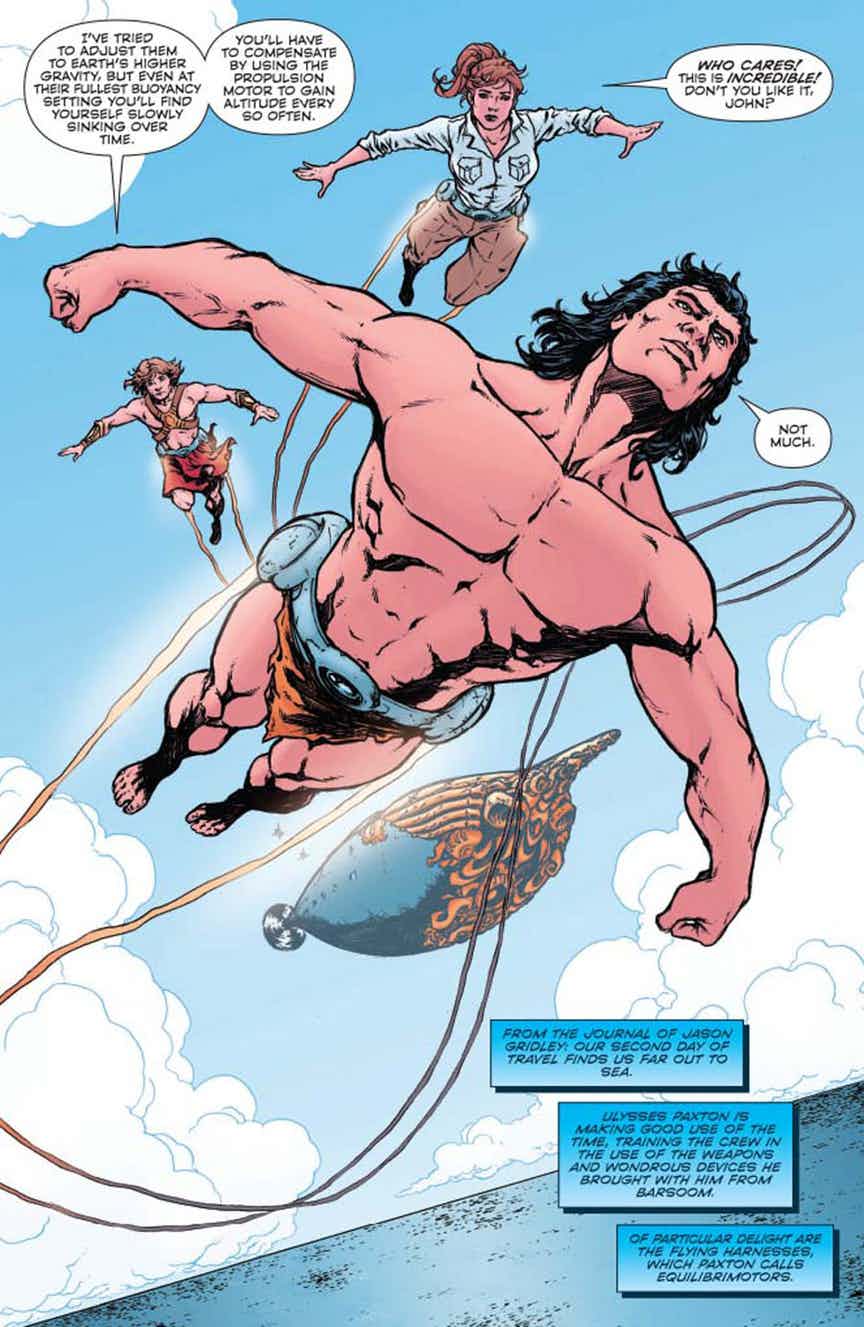 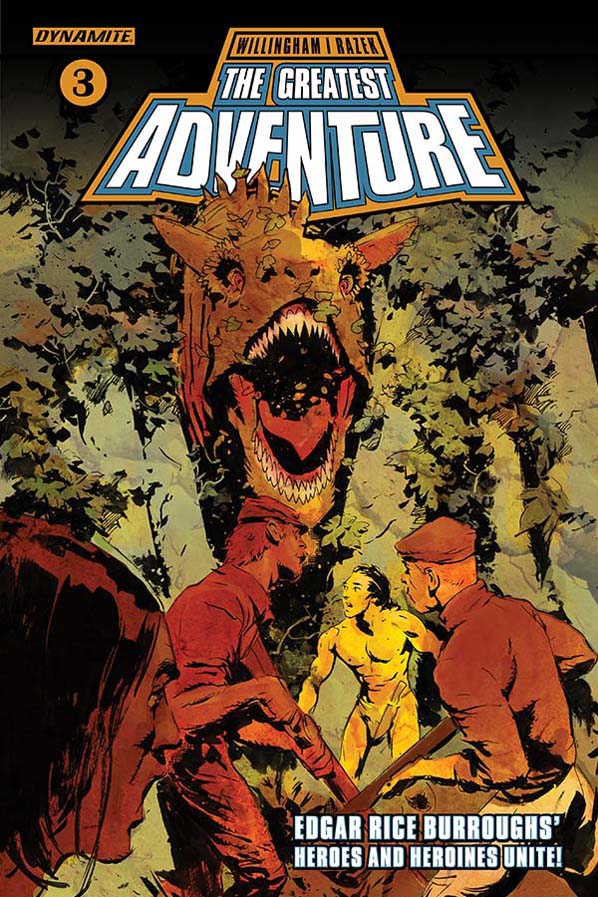 Description: The race to capture the rare gemstone known as the Eye of Judgment continues and has brought both the crews of the noble Venture and the villainous Resolve to the Lost Land of Caspak! But as they press on into the interior of the island, they’ll have to deal with the dangers of the native prehistoric flora and fauna – that is to say, the dinosaurs! 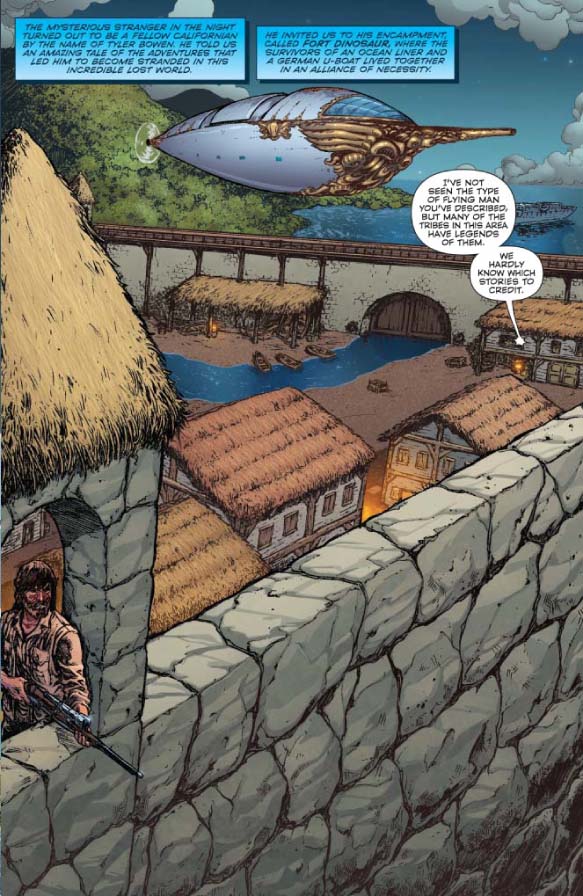 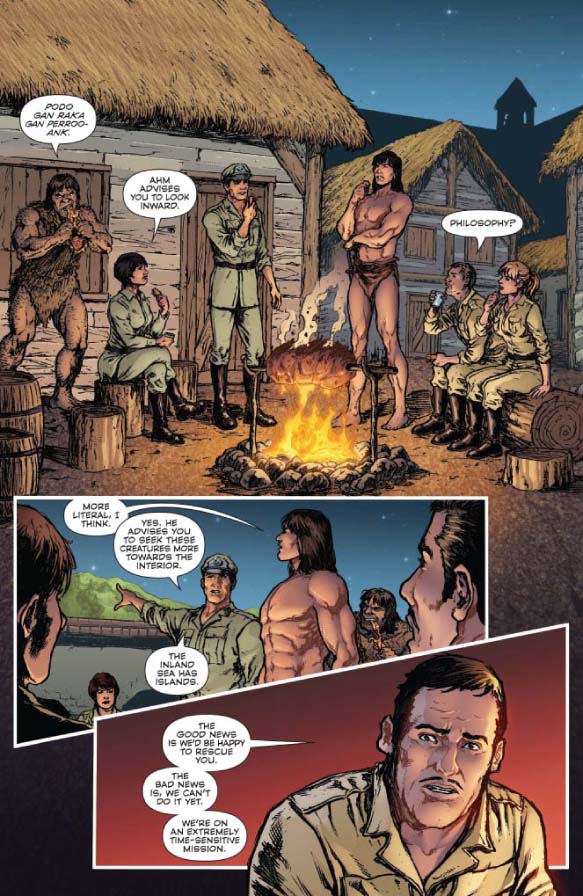 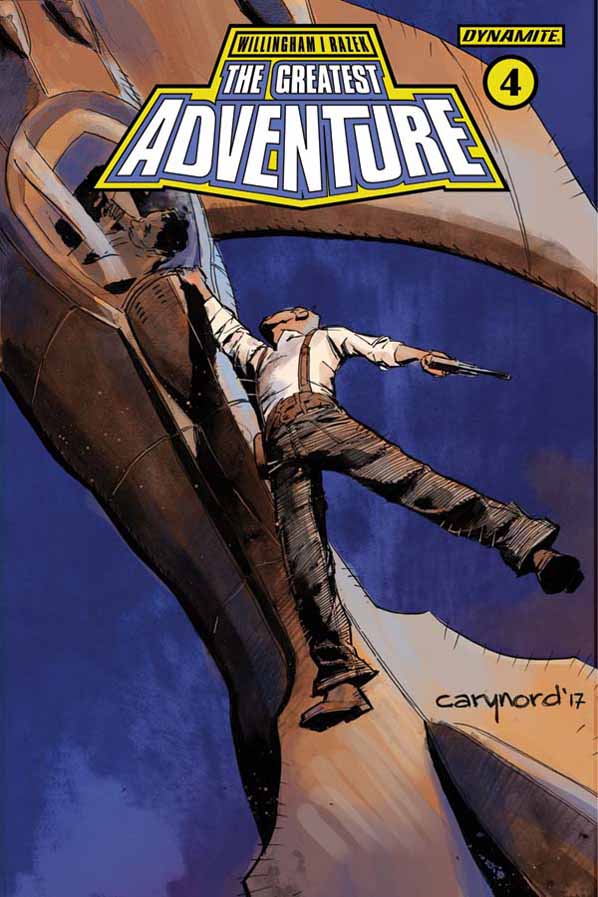 Description: The Venture nears their destination, but the villainous Resolve is hot on their tail, and a heart-pounding aerial skirmish will leave a crewmember of the brave Venture lost in the Antarctic – and travel into the Earth’s core to the land of Pellucidar! 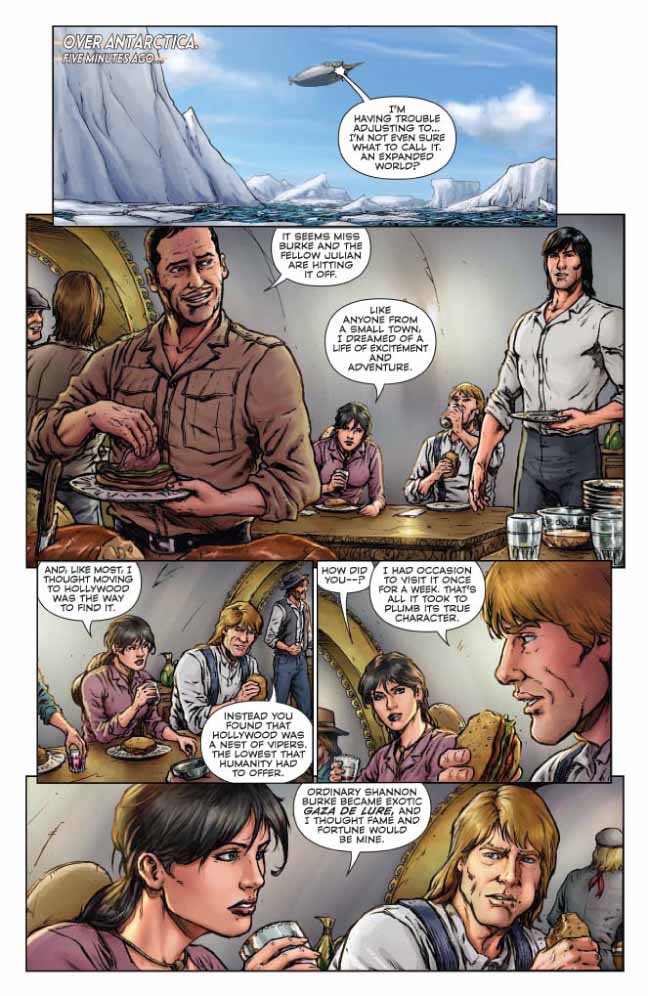 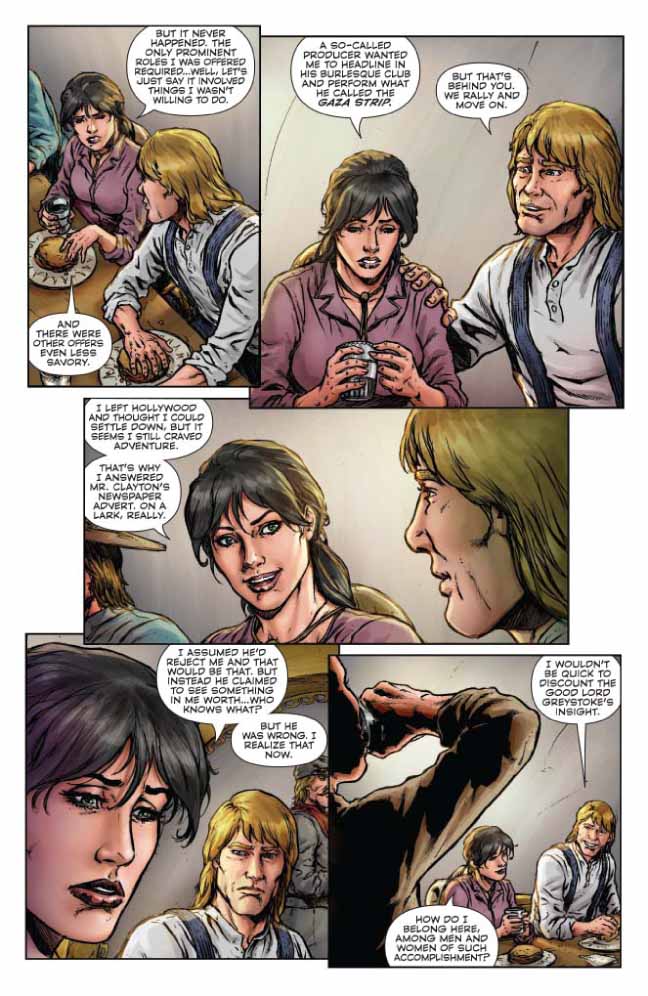 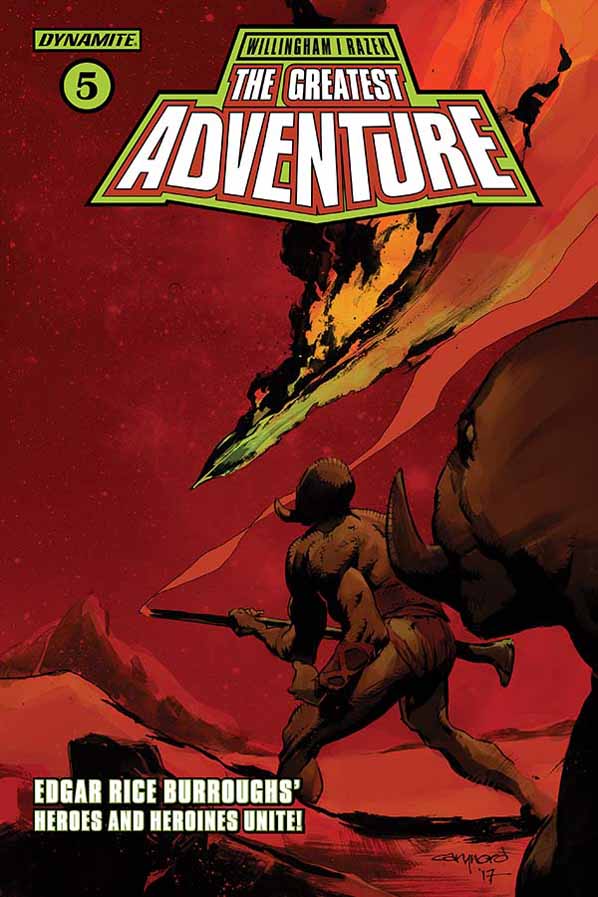 Description: Does this spell the end of the Venture? As the crew races to Barsoom, a volley of explosive fire from a tribe of green Martians – the Warhoons – sinks the once proud-airship down to earth! But Tarzan isn’t fazed – he has a plan (and with a certain local’s assistance) they might yet save the galaxy from the villainous Rokoff… assuming, of course, they can survive that long! 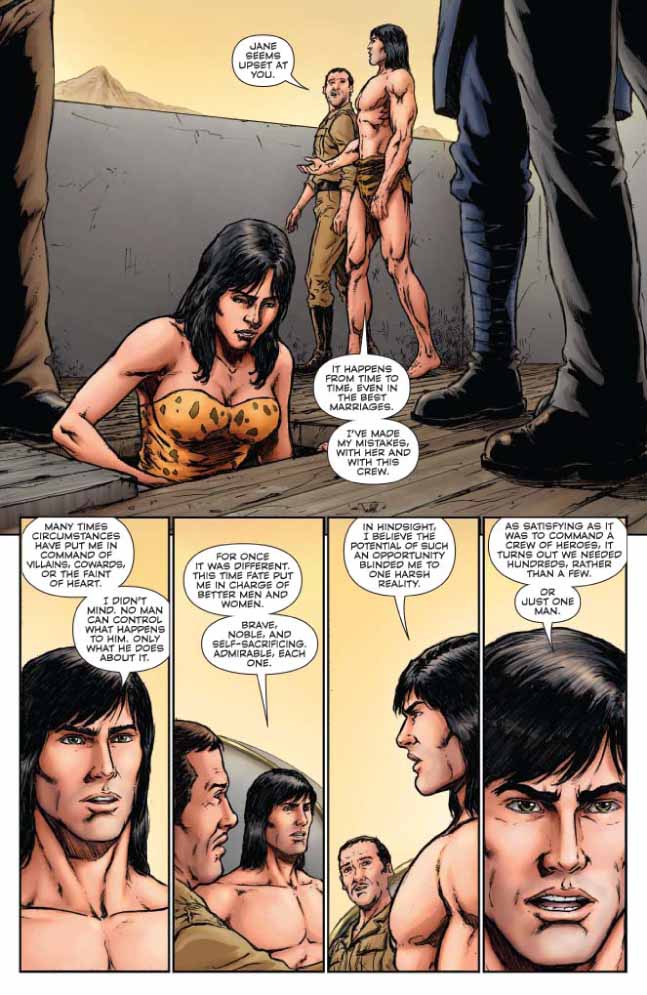 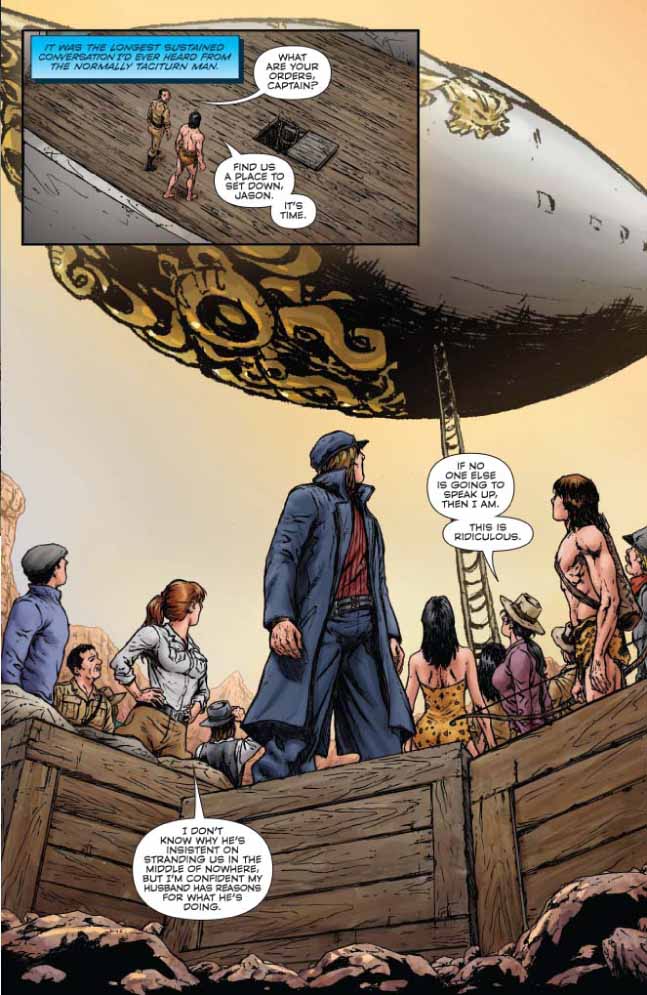 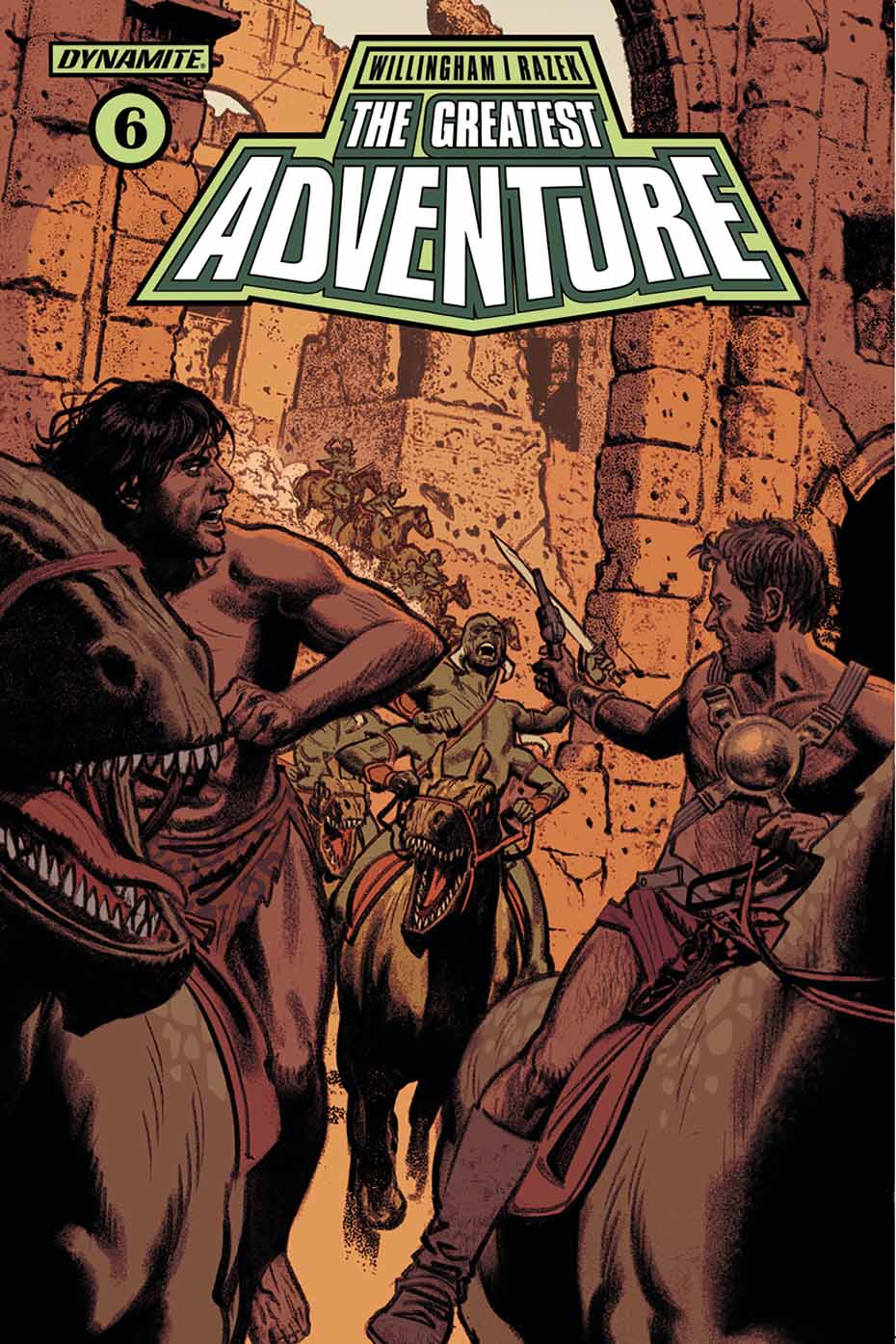 Description: Two legends meet at last! Tarzan has been captured by a tribe of Green Martians – and now he must team up with John Carter of Mars in order to escape their clutches! But will they be in time to stop the villainous crew of the Resolve? 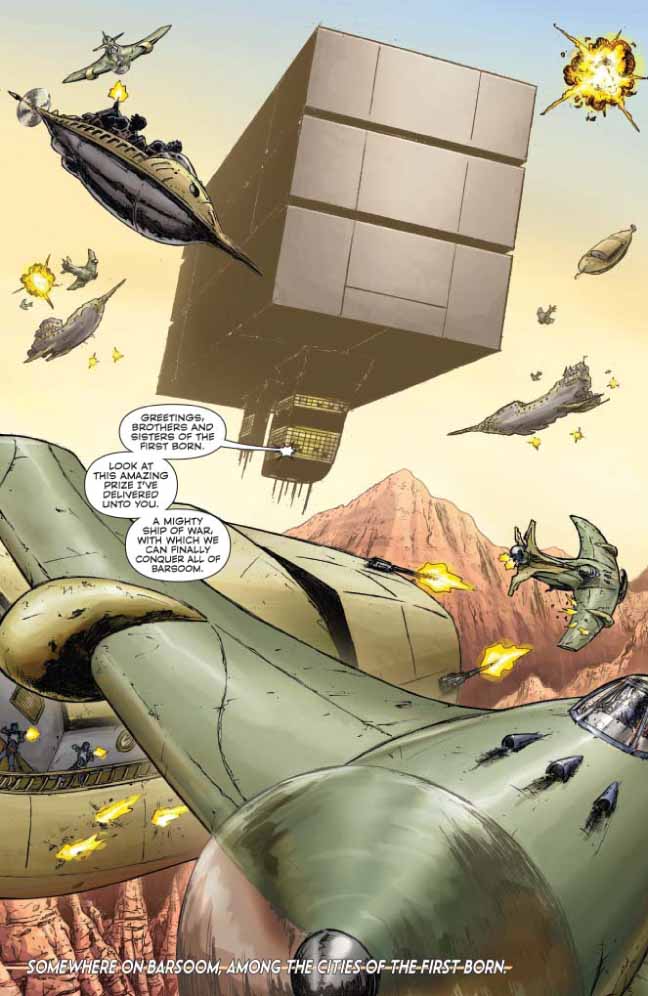 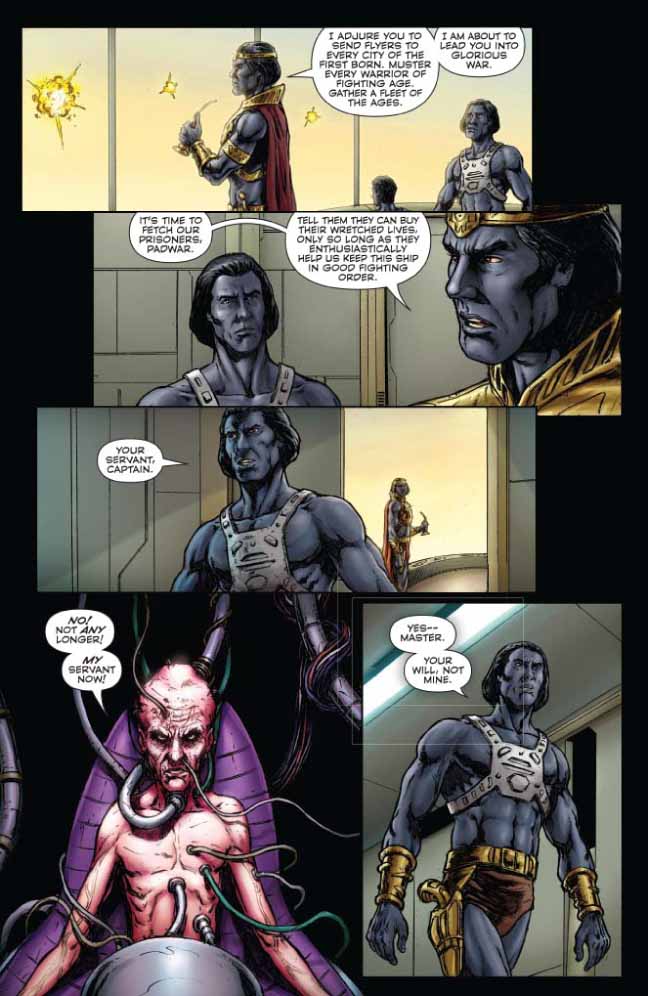 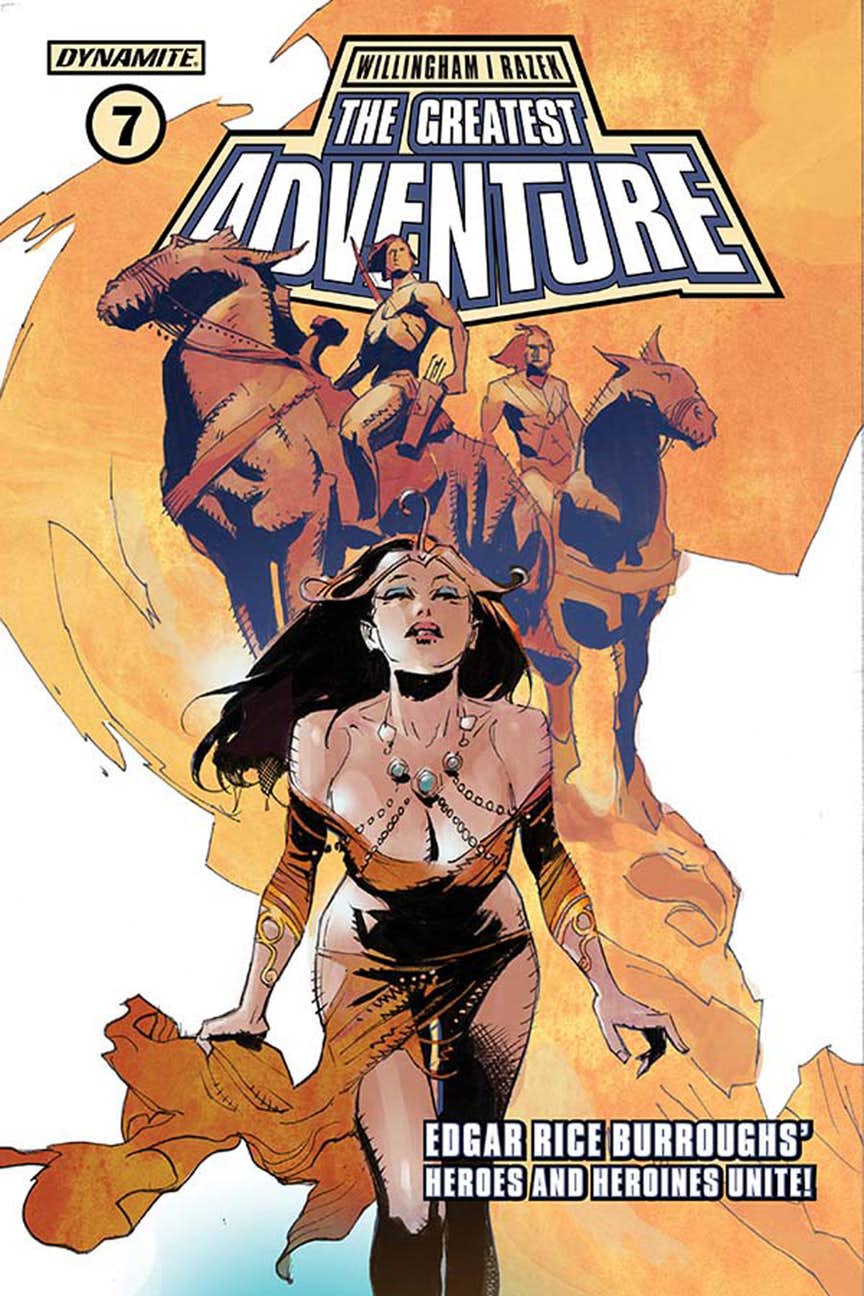 The crew of the villainous Resolve continues on their quest for the rare gemstone known as the Eye of Judgment –the final component that will allow them to build a war machine of terrible power – but there’s still hope yet, as the two greatest heroes of Earth and Mars—Tarzan and John Carter—have joined forces! 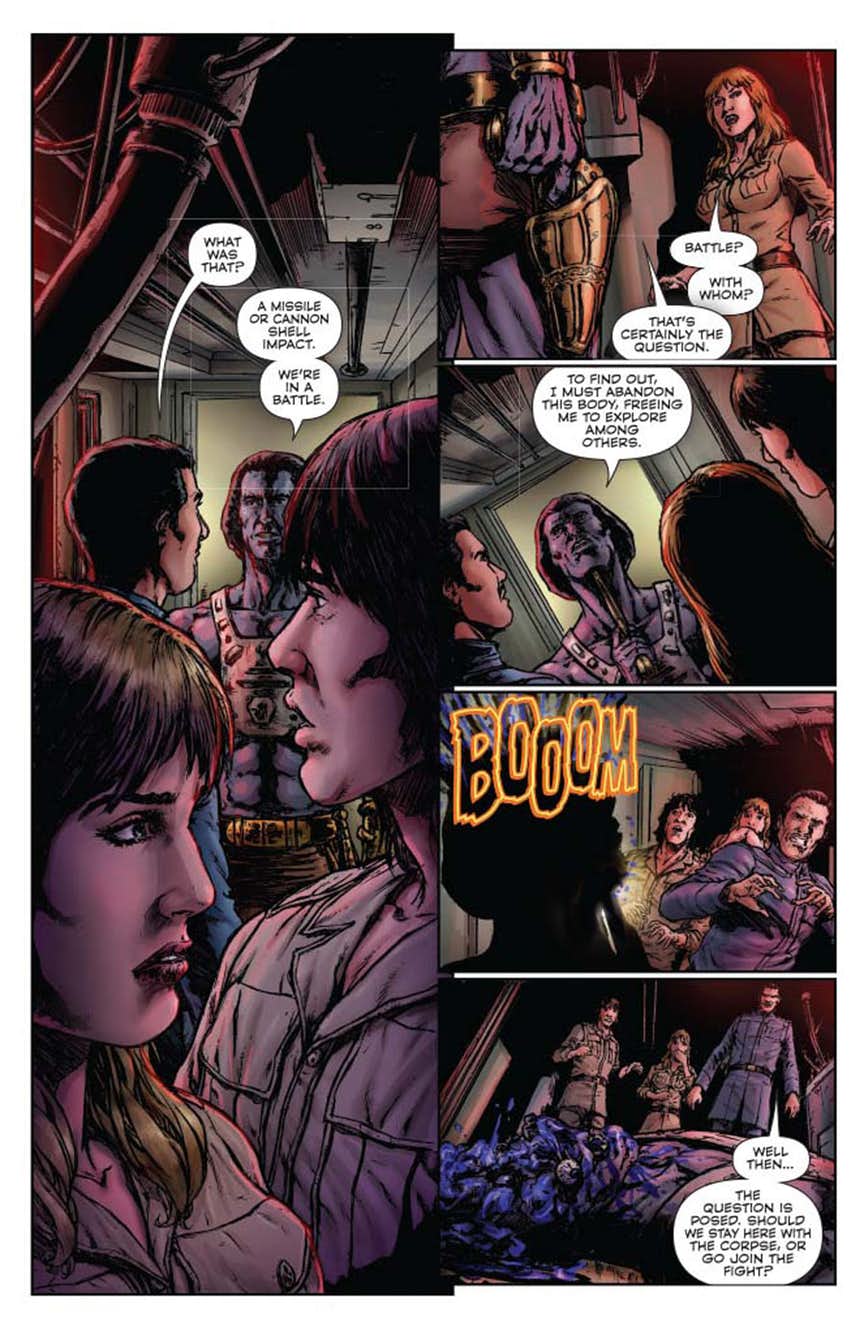 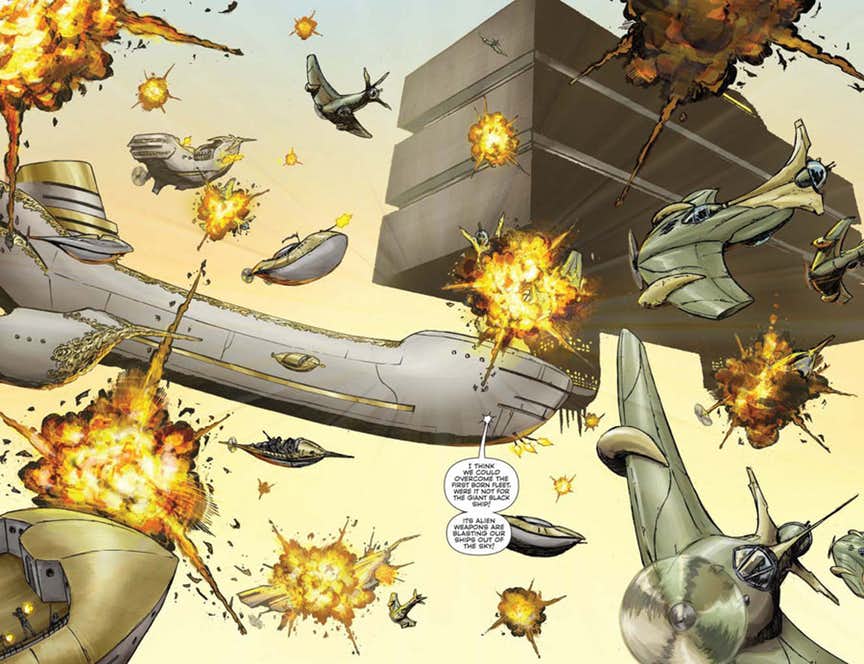 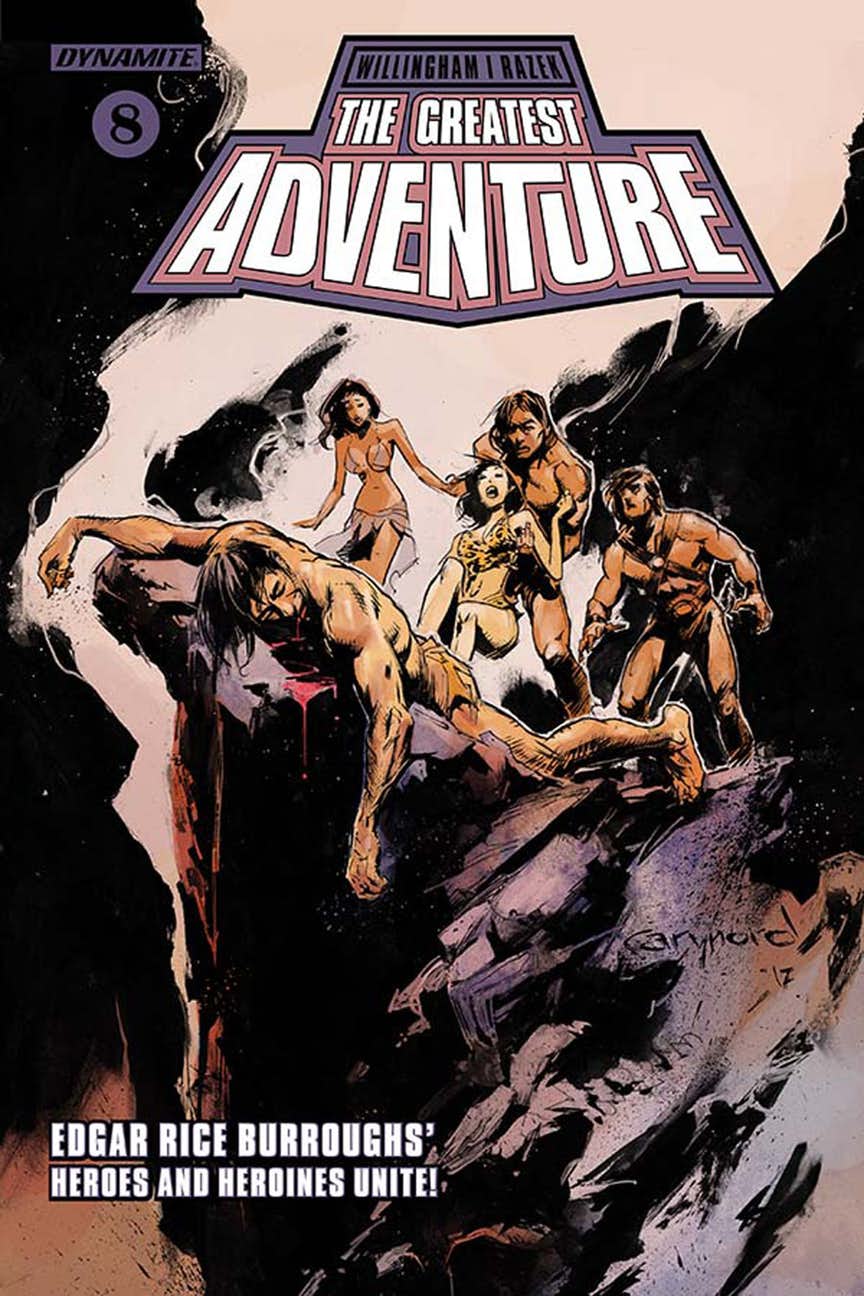 (W) Bill Willingham (A) Cezar Razek (CA) Cary Nord
The Resolve has been defeated by Tarzan’s team, but at a terrible cost in lives. And now, something odd is going on as the heroes attempt to pilot the captured ship-and they end up on Venus, rather than their intended destination - because the nefarious mastermind who craves the power of the ultimate death-ray still has a trick or two up his sleeve!
In Shops: Dec 20, 2017
SRP: $3.99 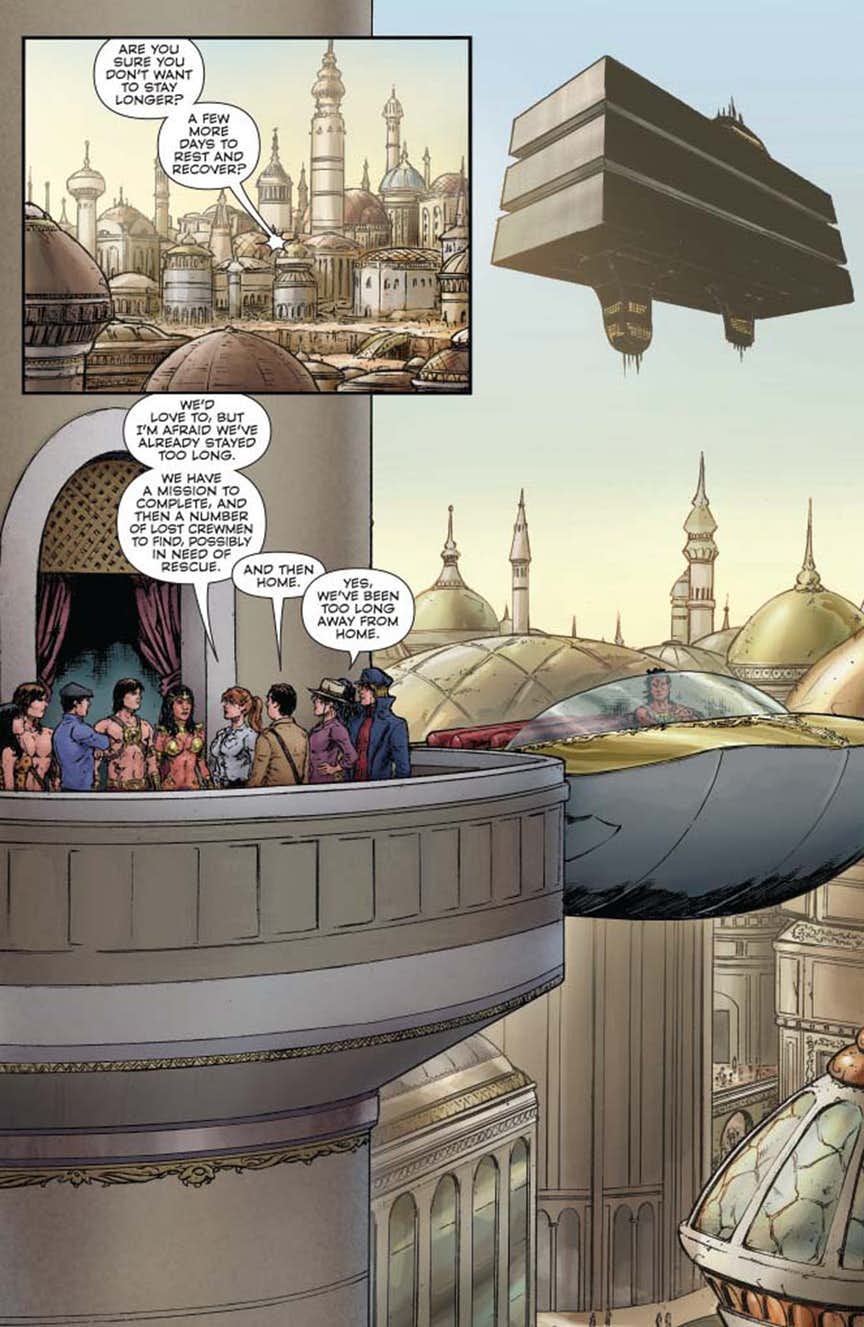 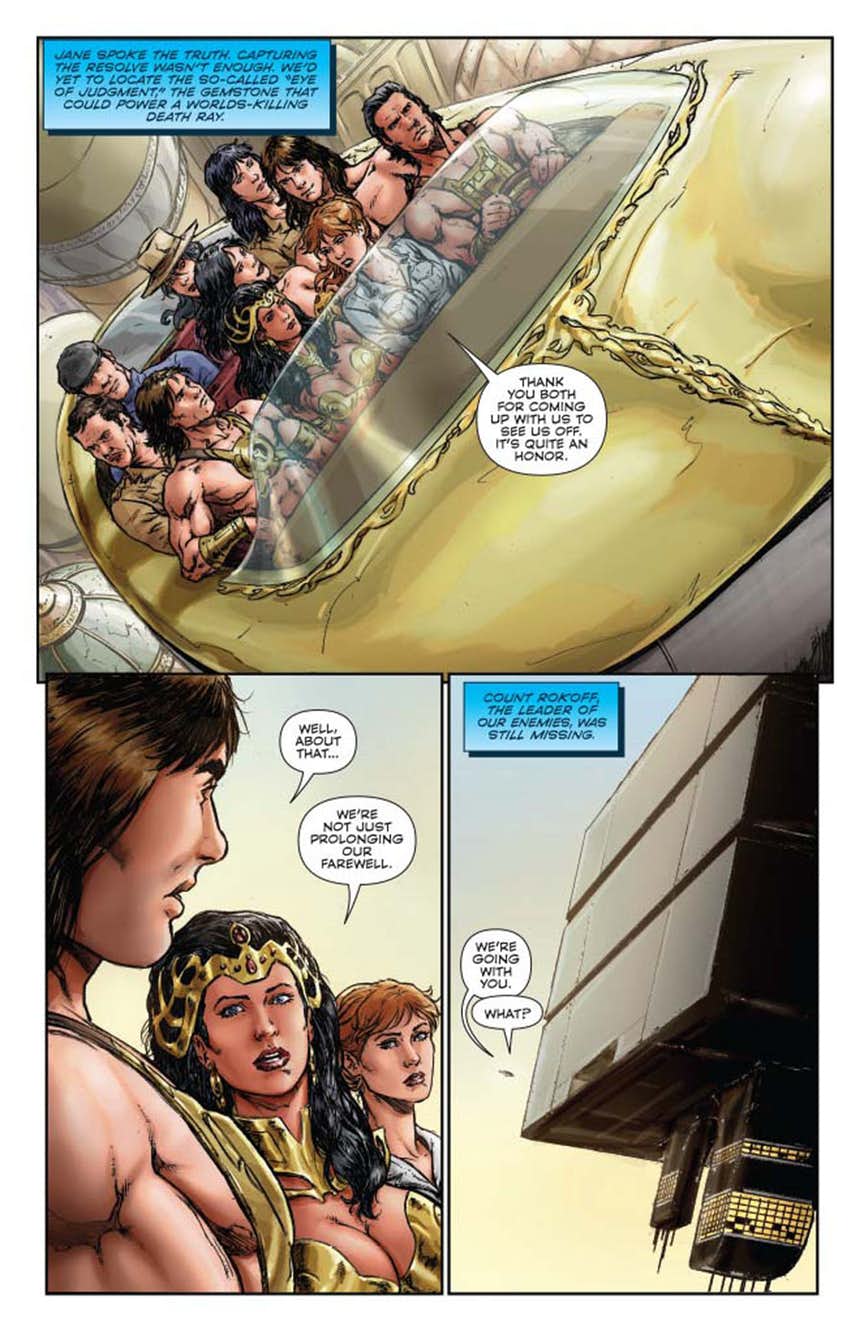 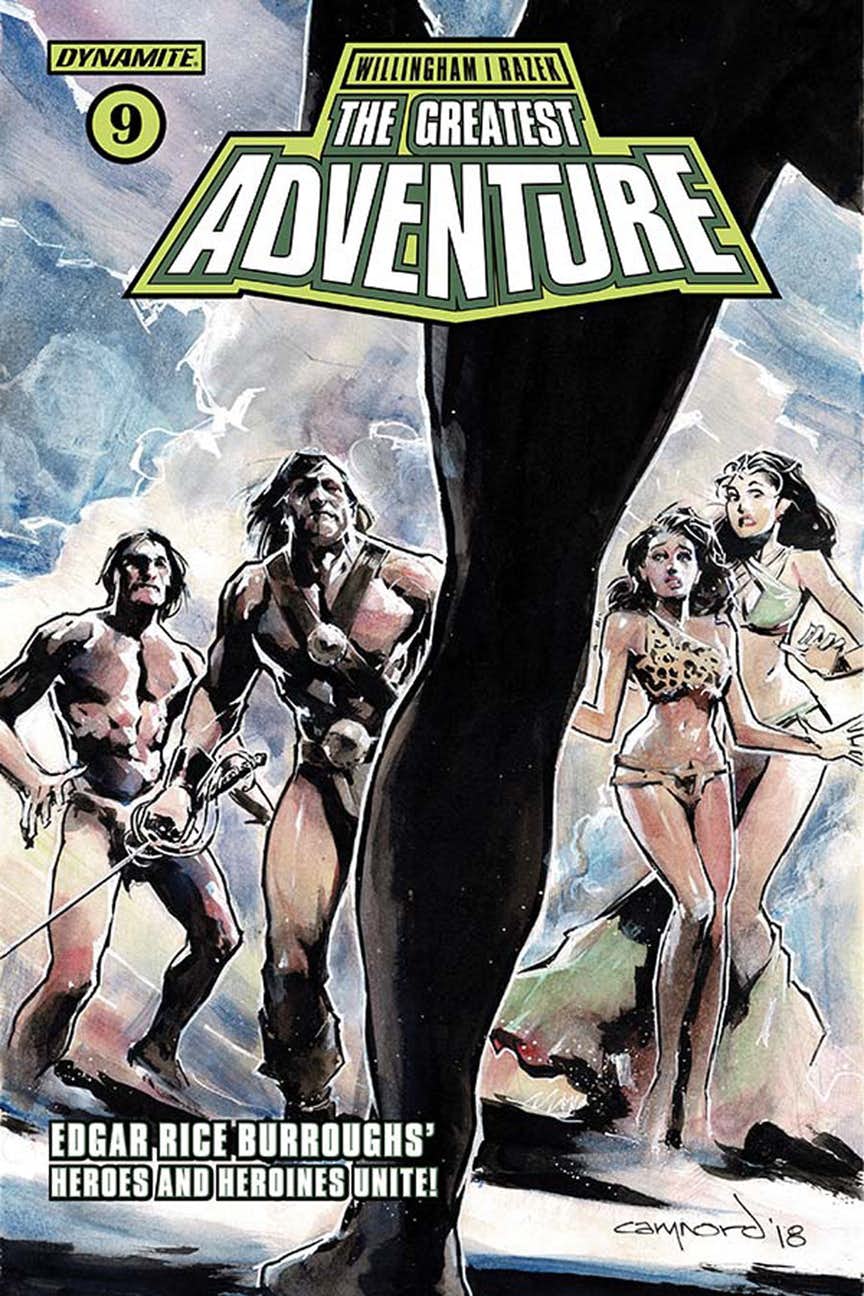 With the threat of a doomsday weapon looming before them, Edgar Rice Burroughs’ greatest heroes rage into battle to protect the innocent. Who will survive? Can they defeat evil in time? Find out in the epic conclusion of The Greatest Adventure! 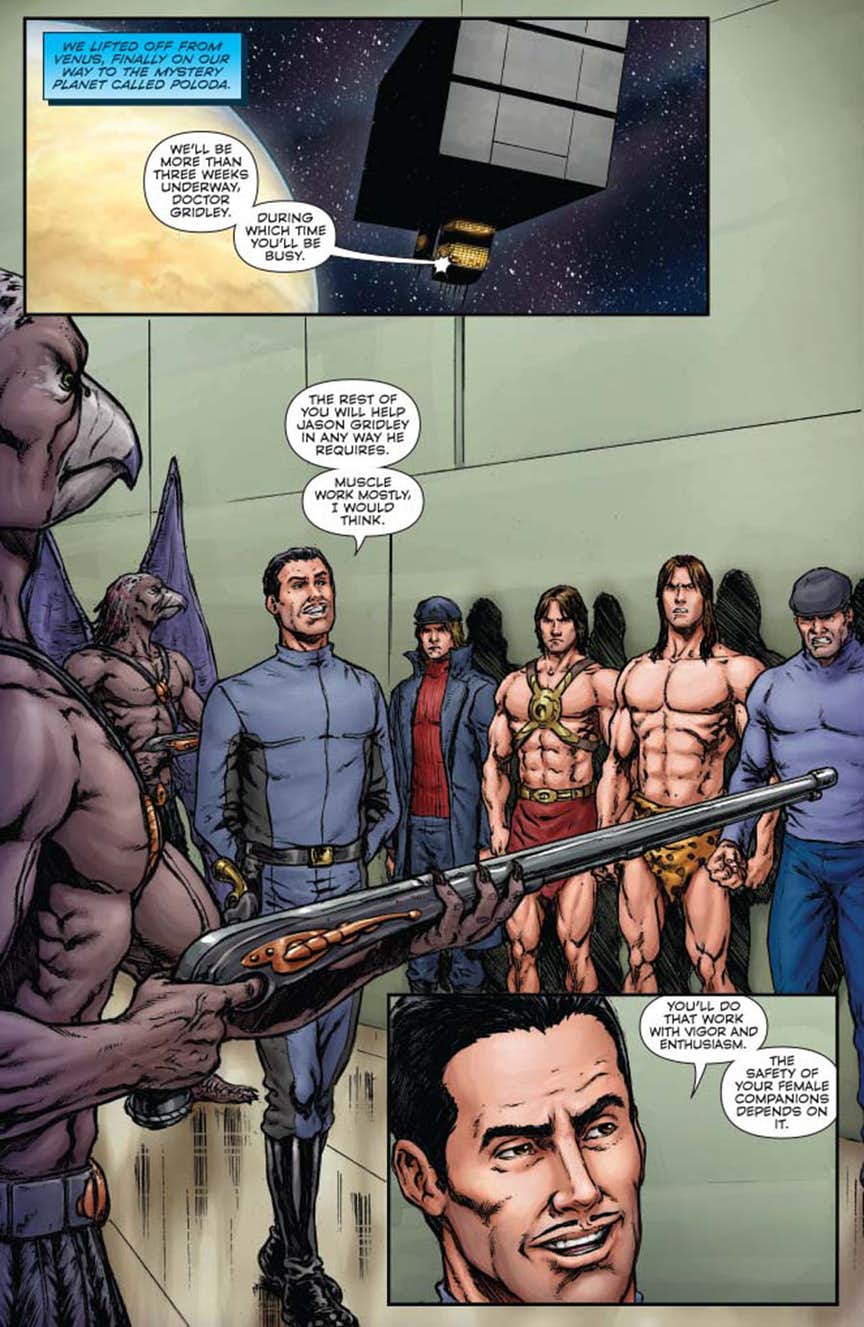 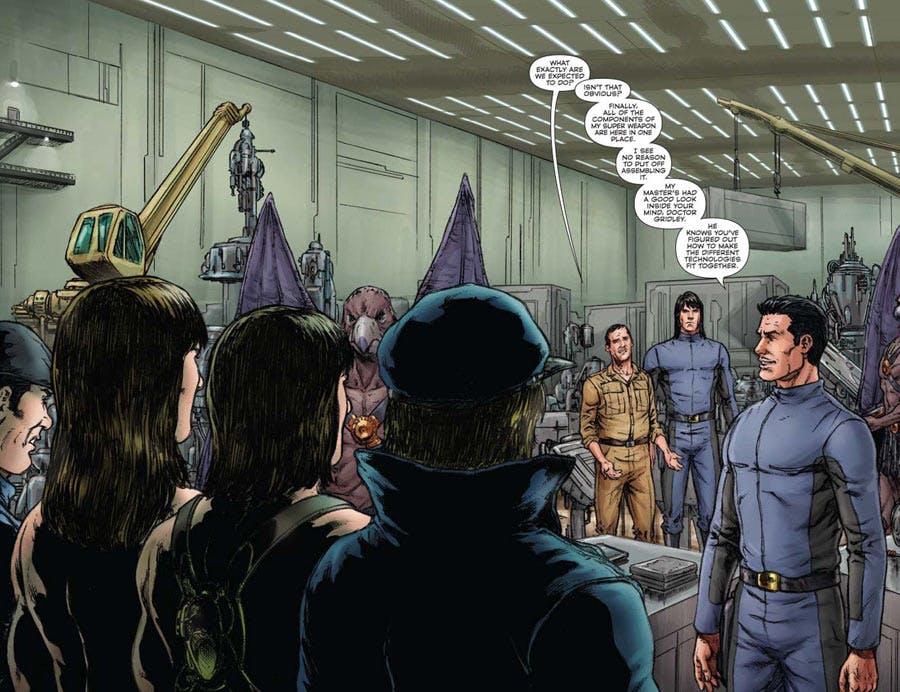