[quote]Umbral #2
Story by Antony Johnston
Art by Christopher Mitten
Cover by Christopher Mitten
Publisher Image Comics
Cover Price: $2.99
Release Date Wed, December 18th, 2013
“FALLING INTO DARK” The nightmare creatures called Umbral are invading, and only the young thief Rascal knows it! But in a world where magic and religion are outlawed, will anyone believe her? And is the mysterious hobo Dalone an ally… or a deadly enemy?![/quote] 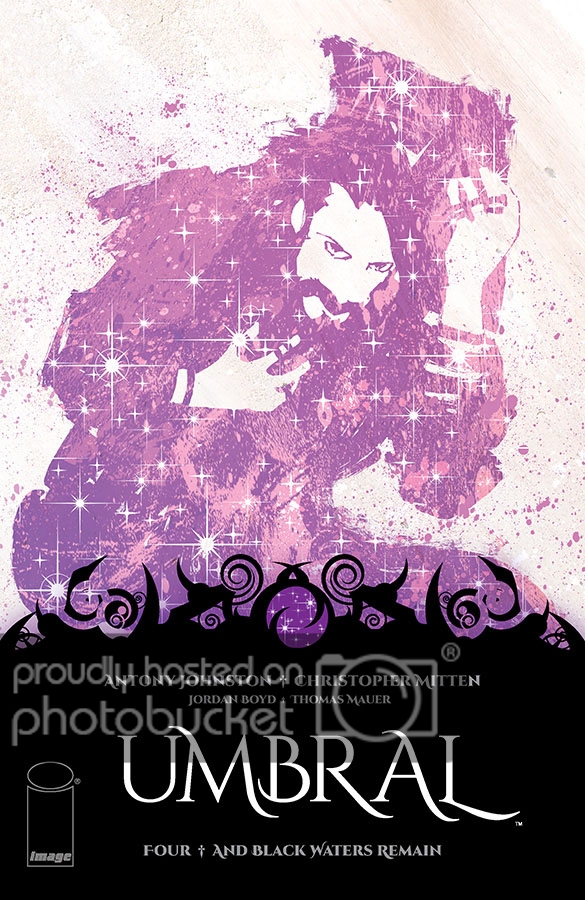 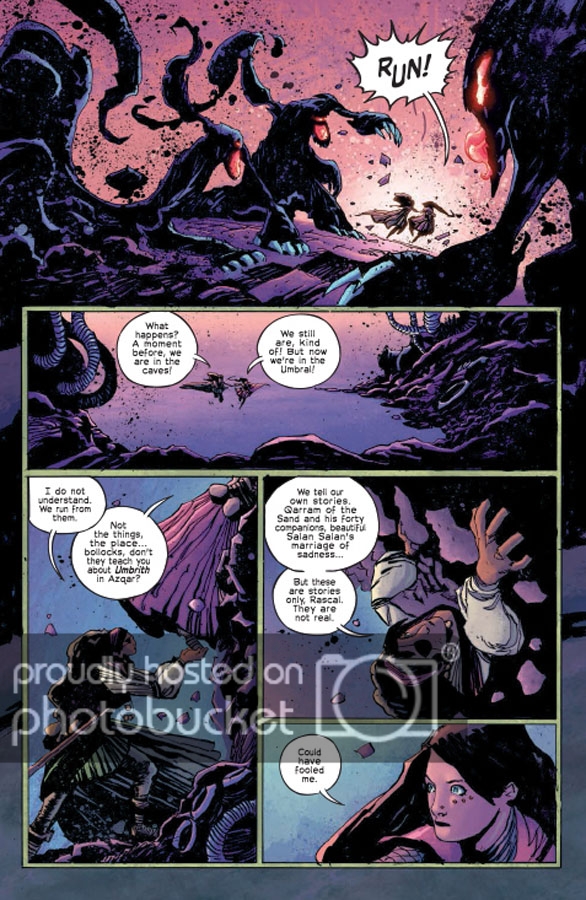 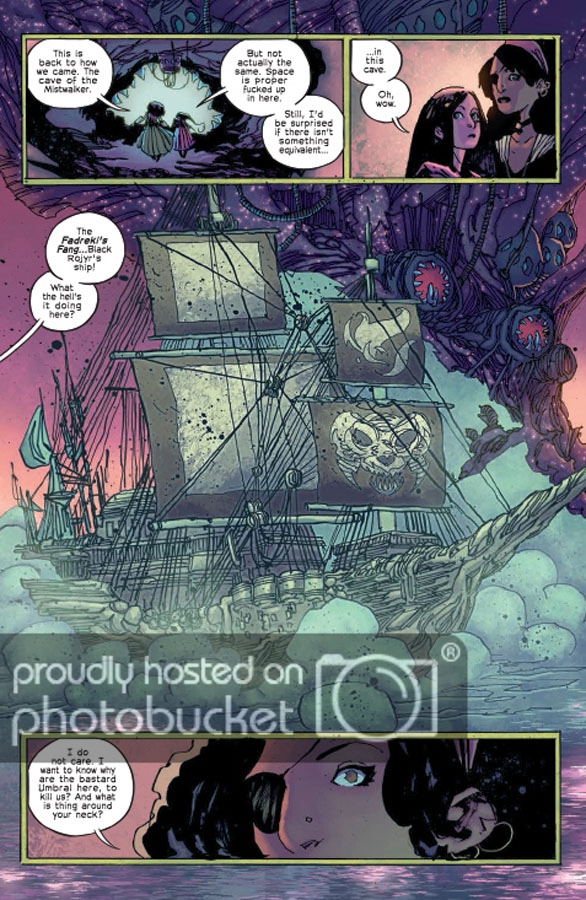 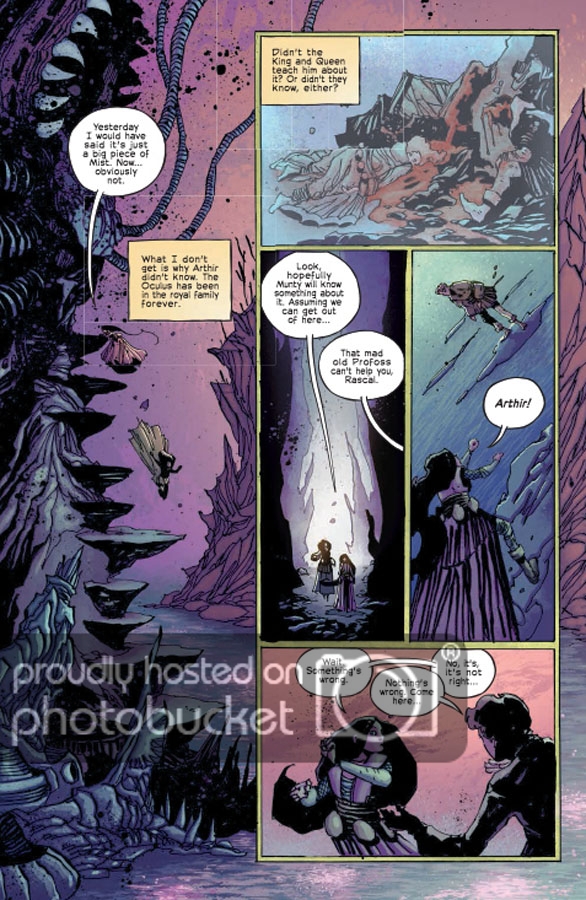 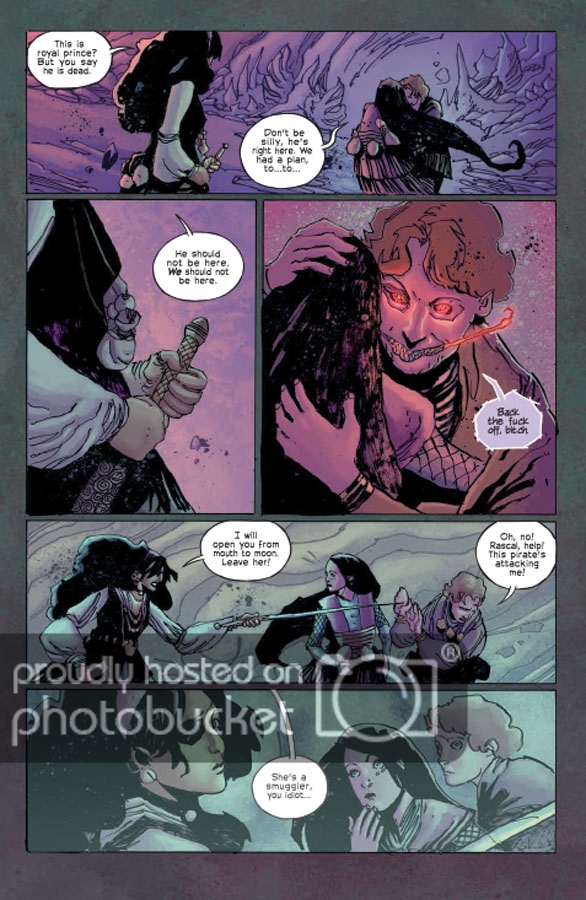 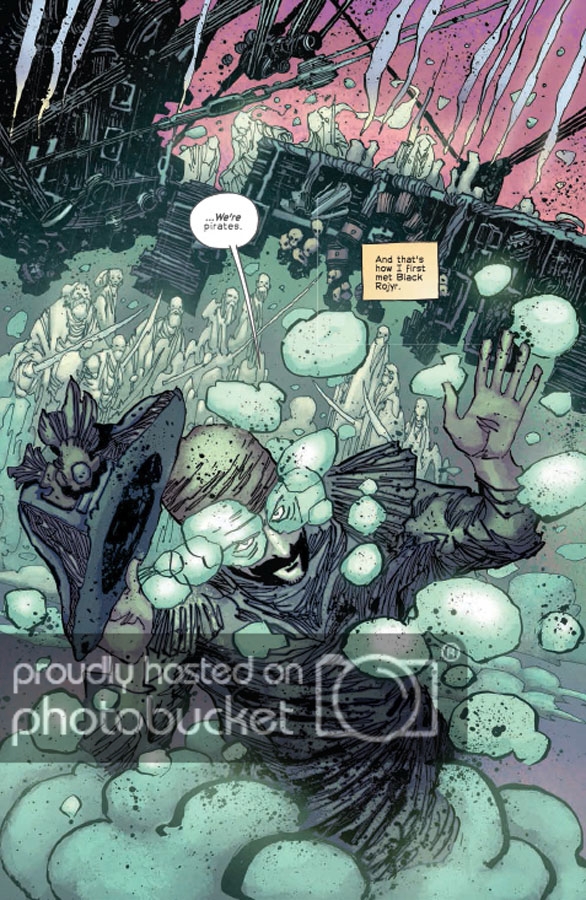 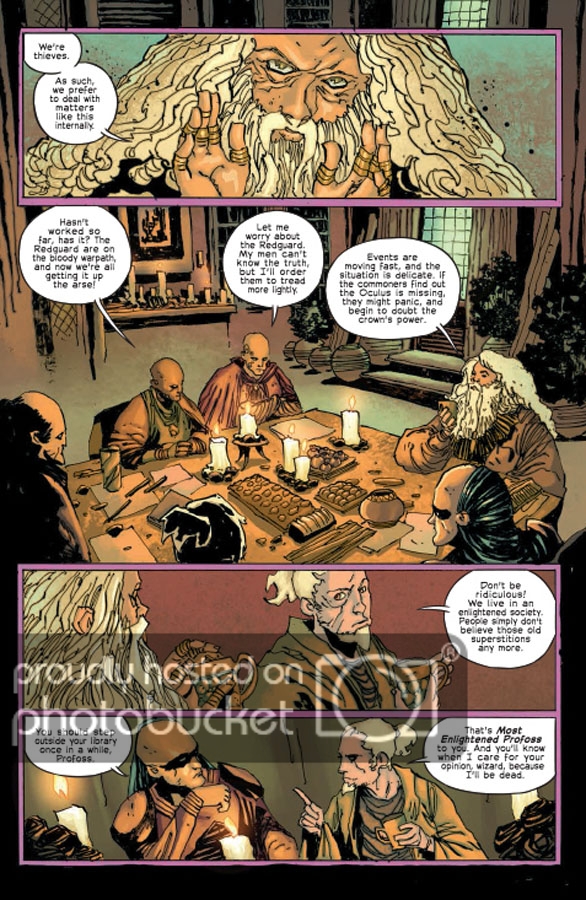 [quote]UMBRAL #5
Written by: Antony Johnston.
Art by: Christopher Mitten.
Cover by: Christopher Mitten.
Description: “The Myth of History.” Did you really think we could get through five issues without doing a bit of “now harken ye to these olde legends”? Then you haven’t been paying attention. There are clues in here! Important ones! And gods fighting with swords, too, if you like that sort of thing. Some do.
Pages: 32.
Price: $2.99.
In stores: March 26. [/quote]

[quote]UMBRAL #6
Written by: Antony Johnston.
Art by: Christopher Mitten.
Cover by: Christopher Mitten.
Description: “Chasing Shadows.” The conclusion to book one! Rascal runs from the Redguard’s clutches-but it will cost her more than she can imagine! Where can she go? Who can she trust? Are you sure? Because nothing seems certain any more. And by the end of this issue, nobody will be above suspicion!
Pages: 32.
Price: $2.99.
In stores: April 30. [/quote]

[quote]Part of Book Two is about how Rascal deals with everything she’s learned so far, and the realization that all this shit has just been dropped on her. She’s literally carrying the fate of the world around her neck, and that’s not a good place to be for anyone – let alone a young girl who’s never left her hometown before.

It’ll lead to some dark times, and dark places, for Rascal. But at the same time, she’s a character who thrives on adversity. Events will inevitably change her, and that change is something I’m really looking forward to dealing with – not to mention readers’ reactions to it.[/quote]

[quote]Umbral #7
Story by Antony Johnston
Art by Christopher Mitten
Cover by Christopher Mitten
Publisher Image Comics
Cover Price: $3.50
Release Date Wed, July 16th, 2014
MATURE READERS ONLY
“KILLING THE SUNRISE” BOOK TWO STARTS HERE! Rascal has escaped the Umbral in the city (uh, spoilers?) and now she heads for the mountainous Sunrise homestead. But even here not everyone is who they seem, and before the dawn a blade will flash in the dark…[/quote]

“WHAT WHISPERS IN A WODE” What indeed! But don’t worry, you’ll find out soon enough – after some sword-fighting, horse-stealing, spooky forestriding, soldier-tracking, nightmare-enduring, and corpsefinding, of course! Also: a teensy bit of Mistwalker. See how nice we are to you?[/quote]

[quote]UMBRAL #9
Written by Antony Johnston
Art by Christopher Mitten
Published by Image Comics
Release Date: September 24, 2014
“TWISTING THE KNIFE”
The Redguard are closing in, the Kin are on the trail, and the Wodelings aren’t letting their new prisoners out of their sight! But even a simple trip through the forest is anything but simple in the world of UMBRAL – as Rascal is about to find out![/quote]

[quote]Umbral #10
Story by Anthony Johnston
Art by Christopher Mitten
Cover by Christopher Mitten
Publisher Image Comics
Cover Price: $3.99
Release Date Wed, October 29th, 2014
“THERE, IN THE GLEAMING…” Rascal gets in trouble. So what else is new? …Well, the Mistwalker finally lives up to its name, Dalone finds something that shouldn’t exist in the darkness, and you won’t believe who’s in the cage. Stick that in your Oculus and smoke it.[/quote]

“IN NOBODY WE TRUST”
Only Rascal can save…Shayim and Munty?! But not before she decides it’s time for a pretty drastic change. And that’s not even mentioning what she sees in the blade, or who follows her into the woods. It’s time to stand and fight![/quote]

[quote]Umbral #12
Story by Anthony Johnston
Art by Christopher Mitten
Cover by Christopher Mitten
Publisher Image Comics
Cover Price: $3.50
Release Date Wed, January 28th, 2015
“IF IT BLEEDS” Yeah, you read it right. New Year’s Eve, last day of the year. That’s when we decide to publish the last issue of Book Two, probably the most important issue of UMBRAL yet. It’s just how we roll. (Seriously, you’ll want this one. It’s kind of climactic.)[/quote]