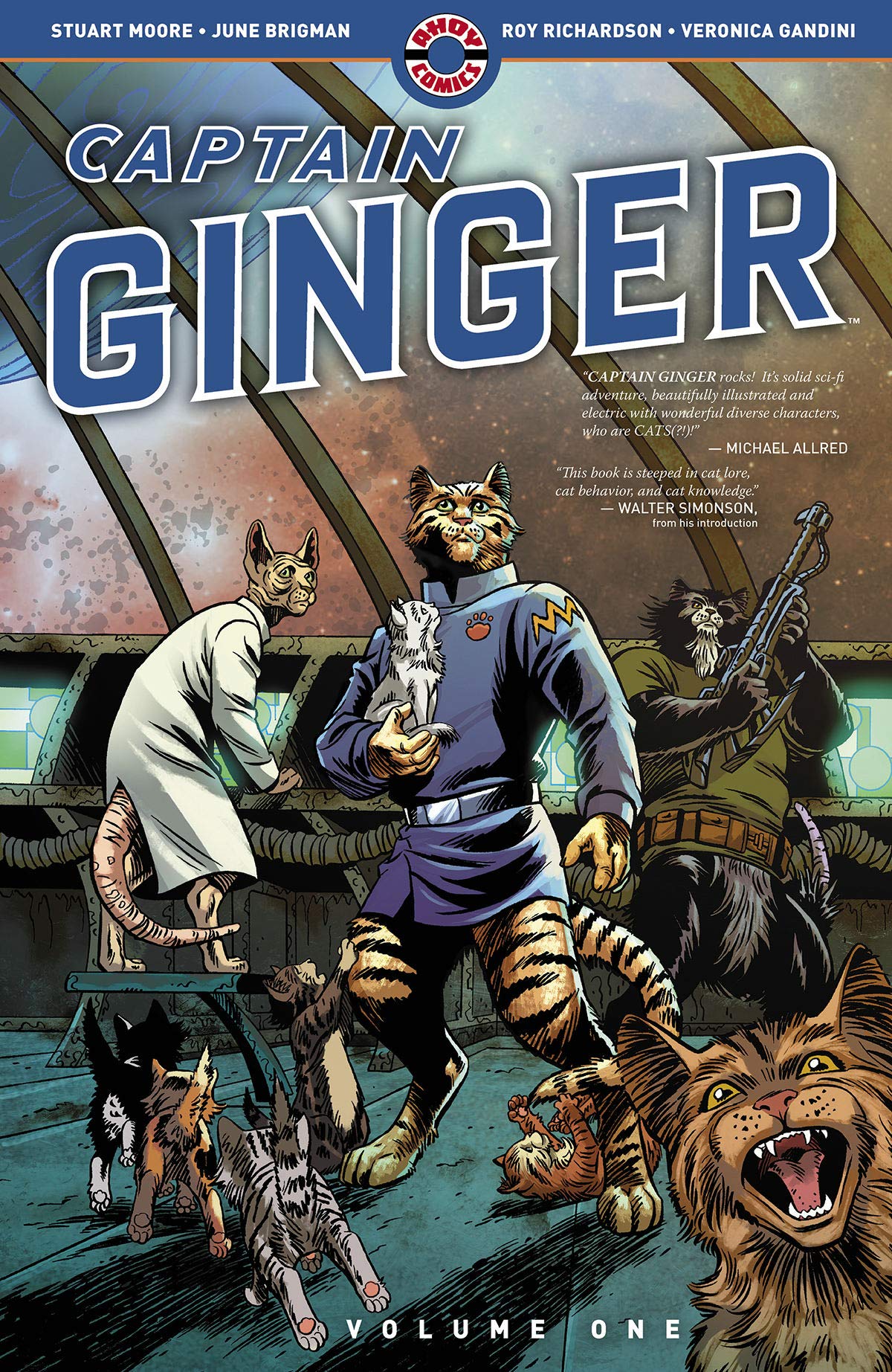 Now in one volume: the acclaimed tale of a starship run by cats! The intrepid Captain Ginger struggles to keep his fellow felines united against a hostile universe―and their own worst feline instincts, too. Featuring the entire original miniseries, plus two rare extra stories and a sketchbook of character designs.

« It’s a sci-fi story first, make no mistakes, but with so many strong characters onboard, I look forward to the catfights, comedy and―wait for it―catastrophes to come. » -Comicon

« This book is steeped in cat lore, cat behavior, and cat knowledge. » -Walter Simonson, writer/artist of Ragnarok and Thor, from his introduction

« So wonderfully trippy and science fiction-y it reminds readers what it is about sci-fi that they love. » - Adventures in Poor Taste 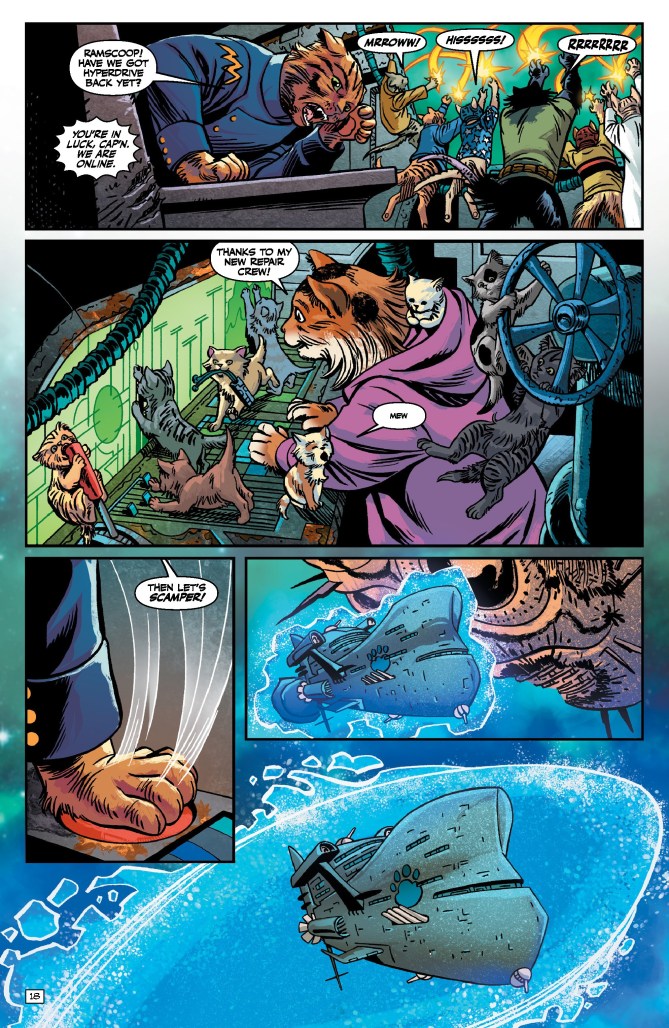 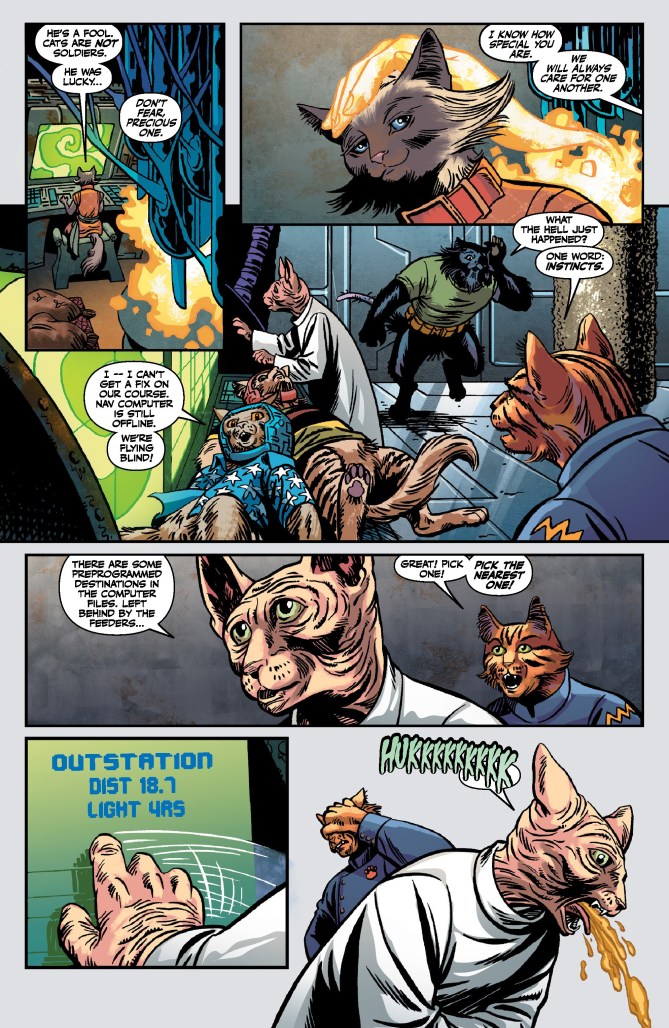 INTERVIEW: June Brigman on CAPTAIN GINGER and her 10 cats

‘Yes, I have ten cats. I totally own the crazy cat lady persona.’

Cats running a starship? At AHOY, that’s only the beginning! In CAPTAIN GINGER Season Two, Ginger and his crew must decide whether to make contact with the other survivors of Earth—unaware that they’re all scampering into a deadly cosmic trap. Writer Stuart Moore, legendary POWER PACK comic book artist June Brigman, Roy Richardson and colorist Veronica Gandini reunite for CAPTAIN GINGER Season Two, in which cats come face-to-face with the creatures formerly known as man’s best friend. Meow meow RUFF RUFF! 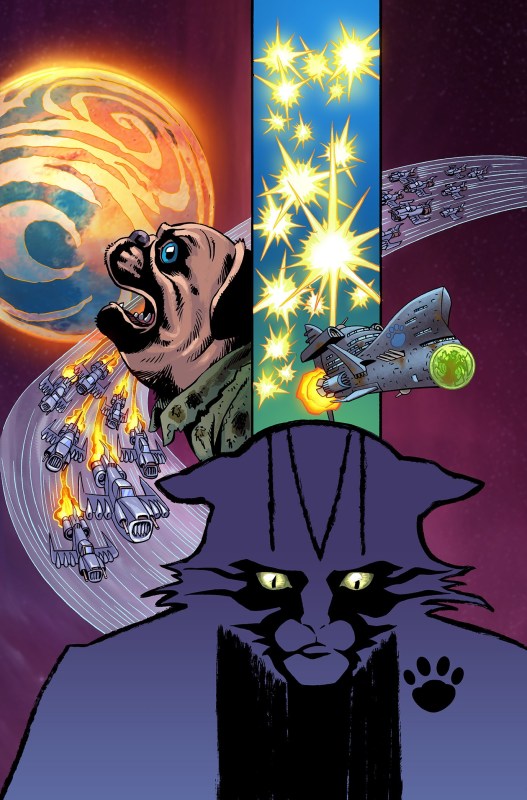 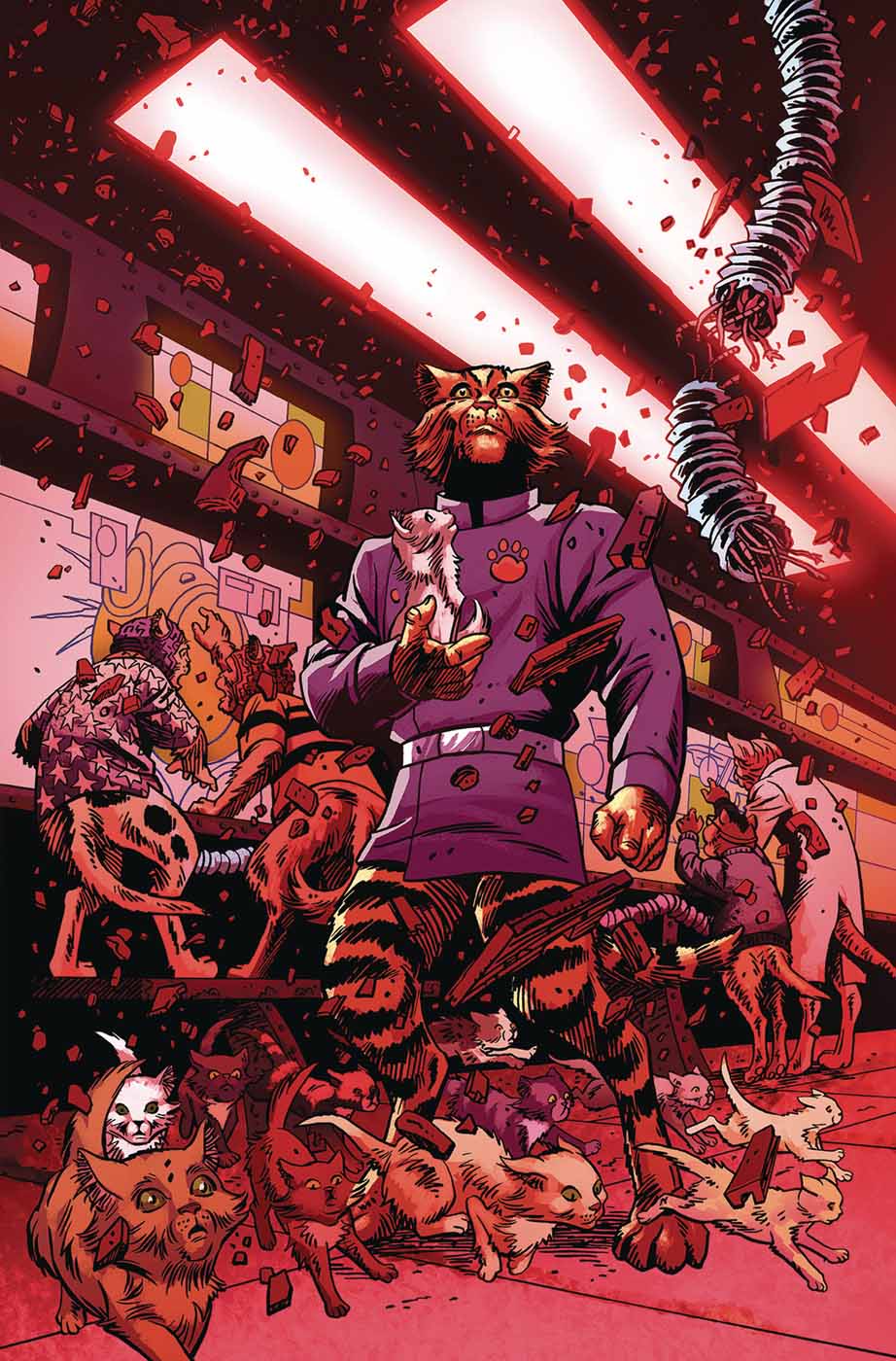 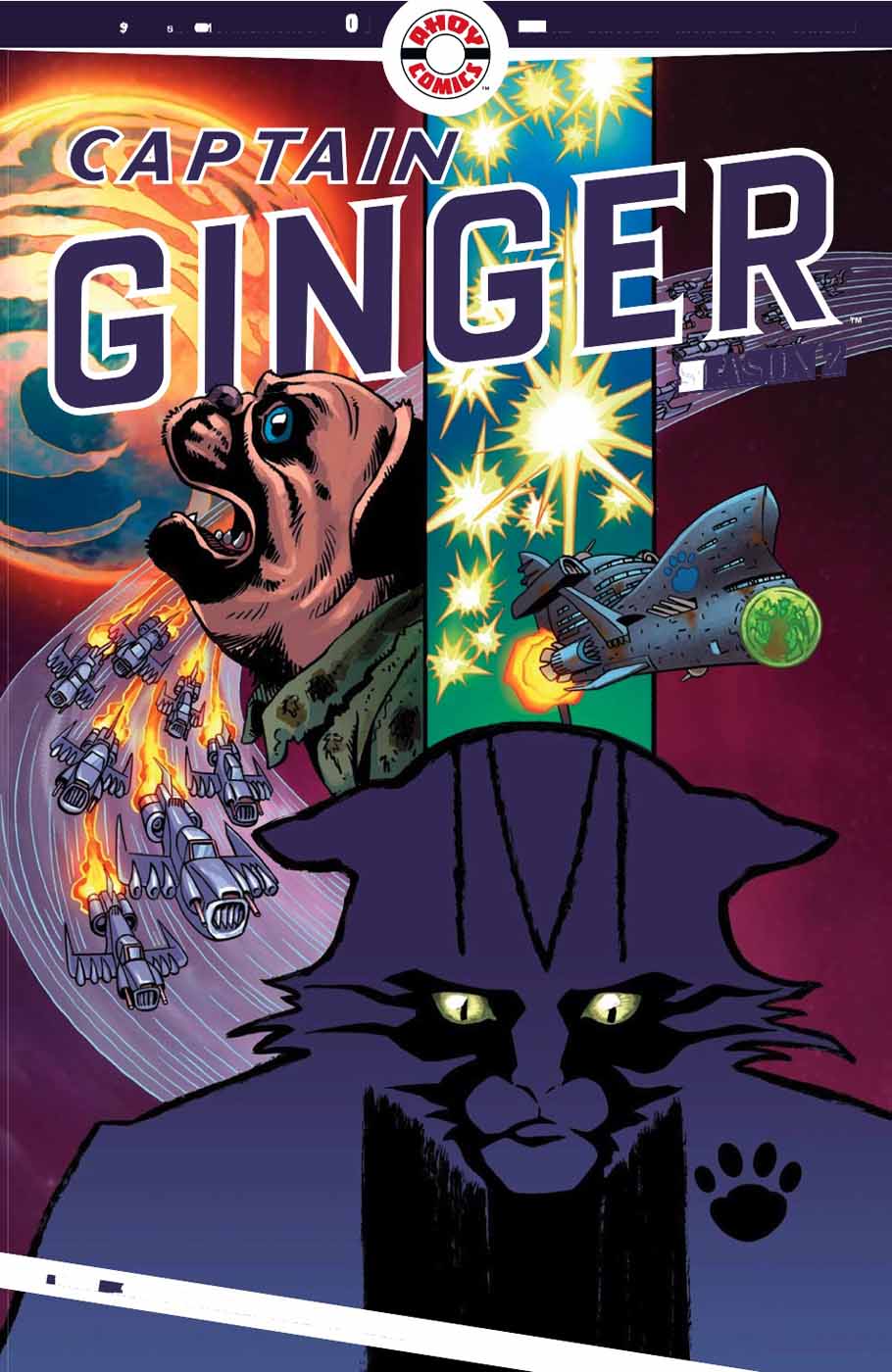 Description: The acclaimed saga of cats in space returns for a devastating second series! Captain Ginger and his feline crew embark on a vast, six-issue adventure when they follow a mysterious hyperspace signal to the home of their unknown canine « cousins. » But trouble aboard ship may doom them before they even meet the dogs! 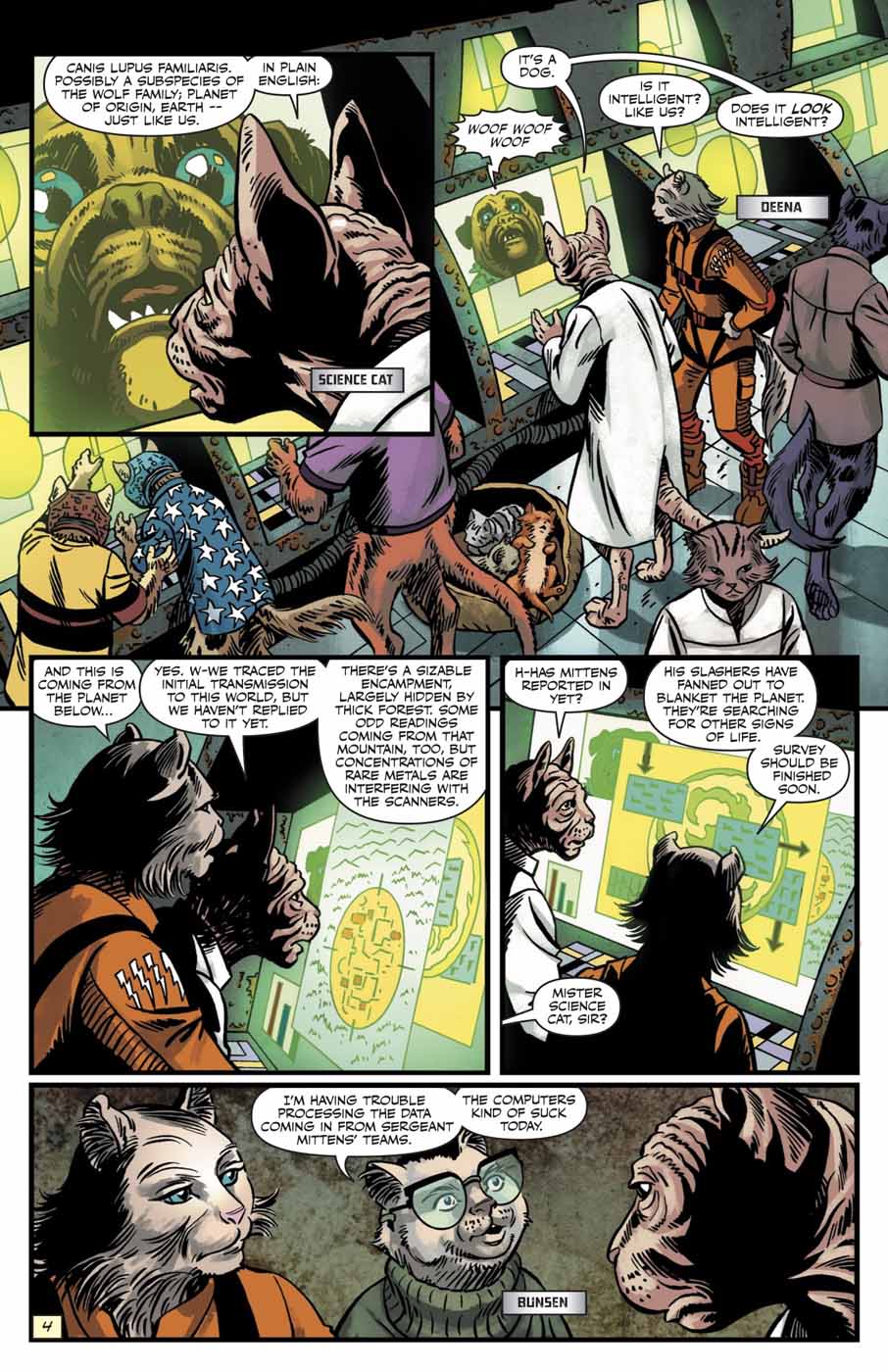 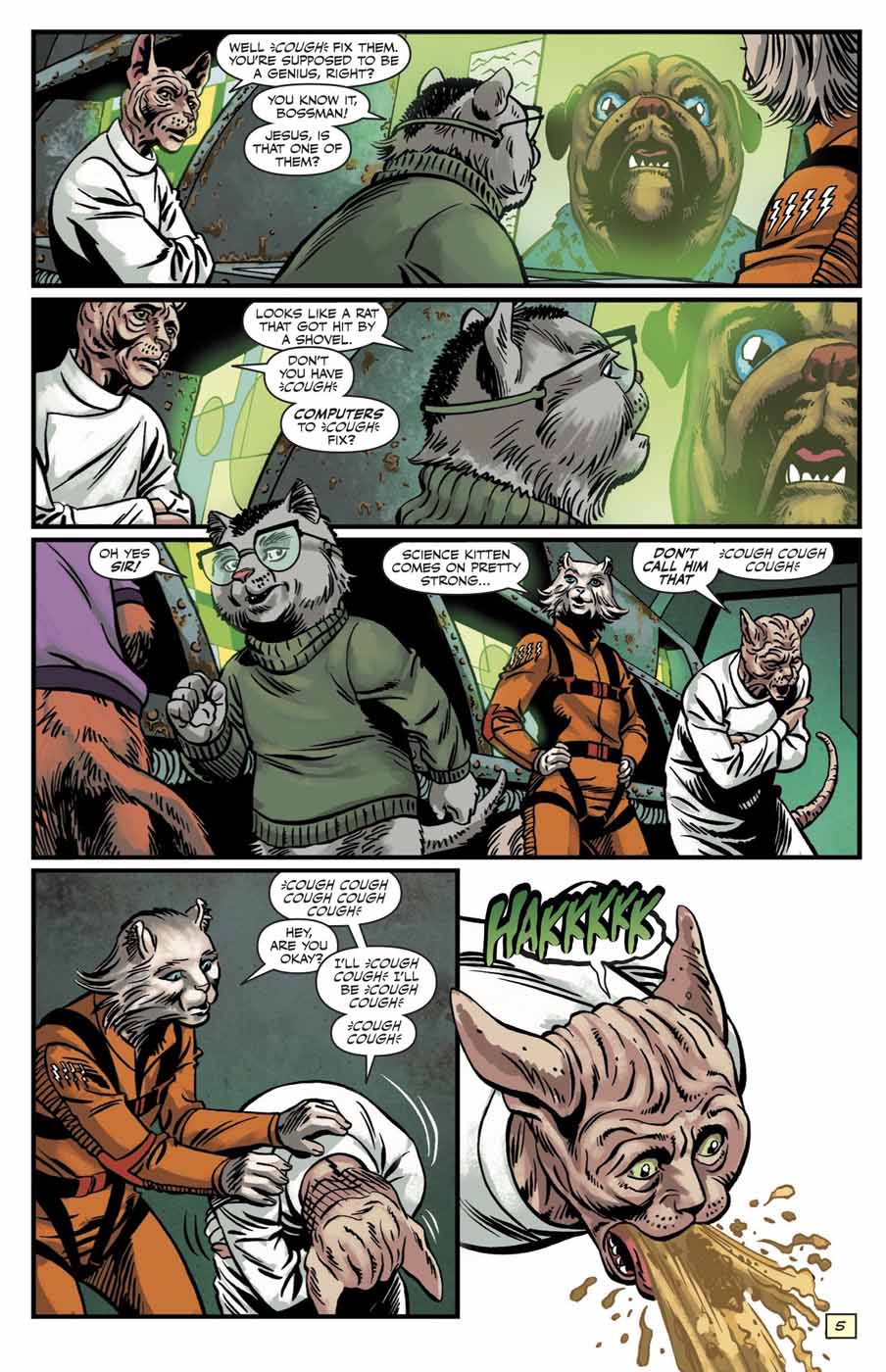 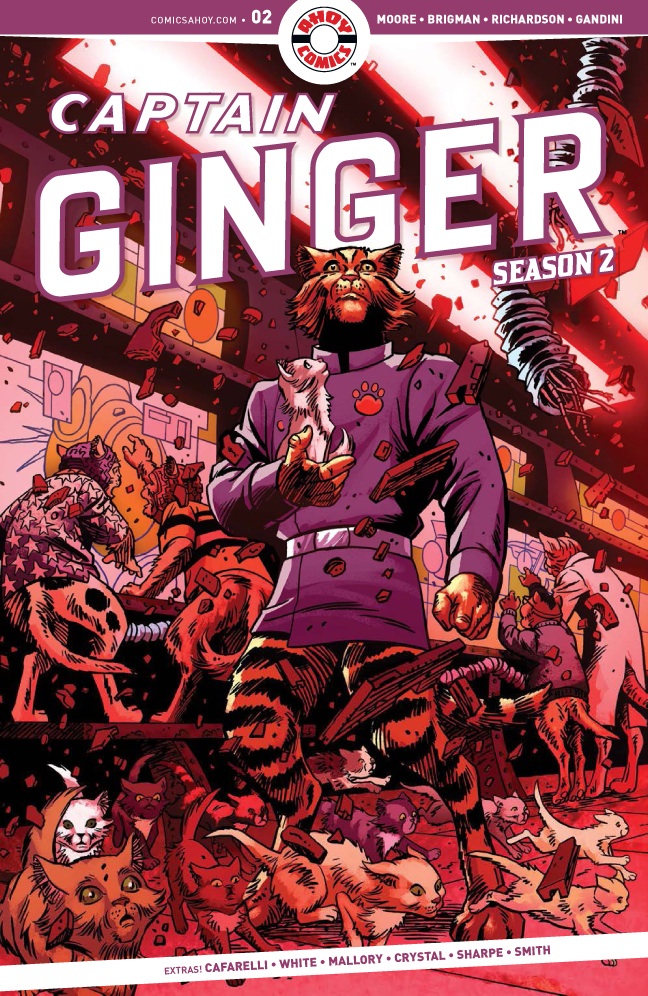 Description: When a deadly trap closes around the cats, they’ll have to use all their feline instincts to survive. This is the big one – the issue that will change Captain Ginger and his starship crew forever! Plus the usual extra features, including prose stories and illustrations. 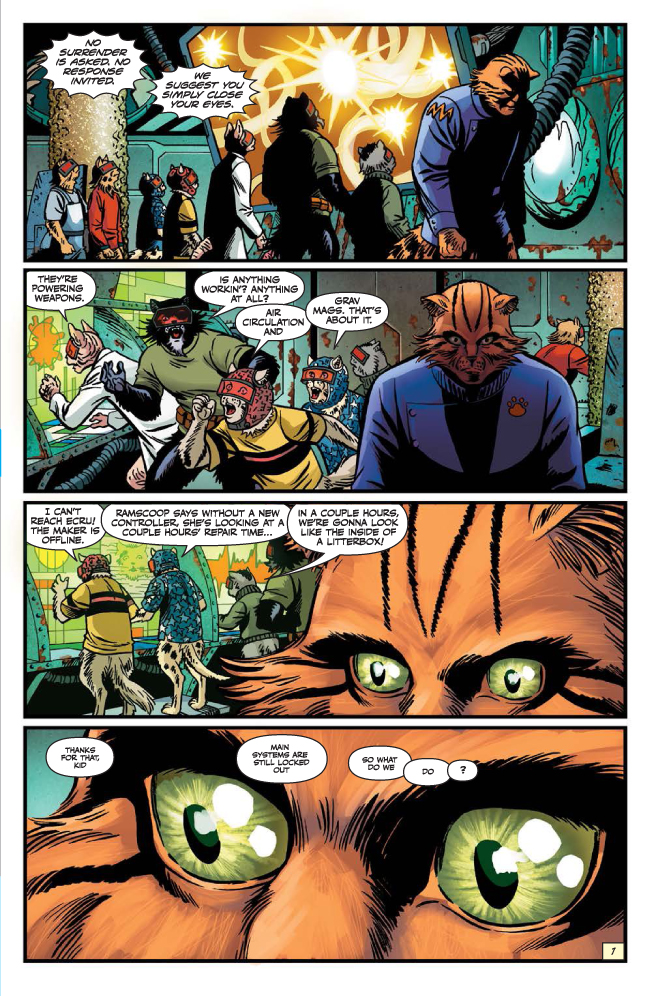 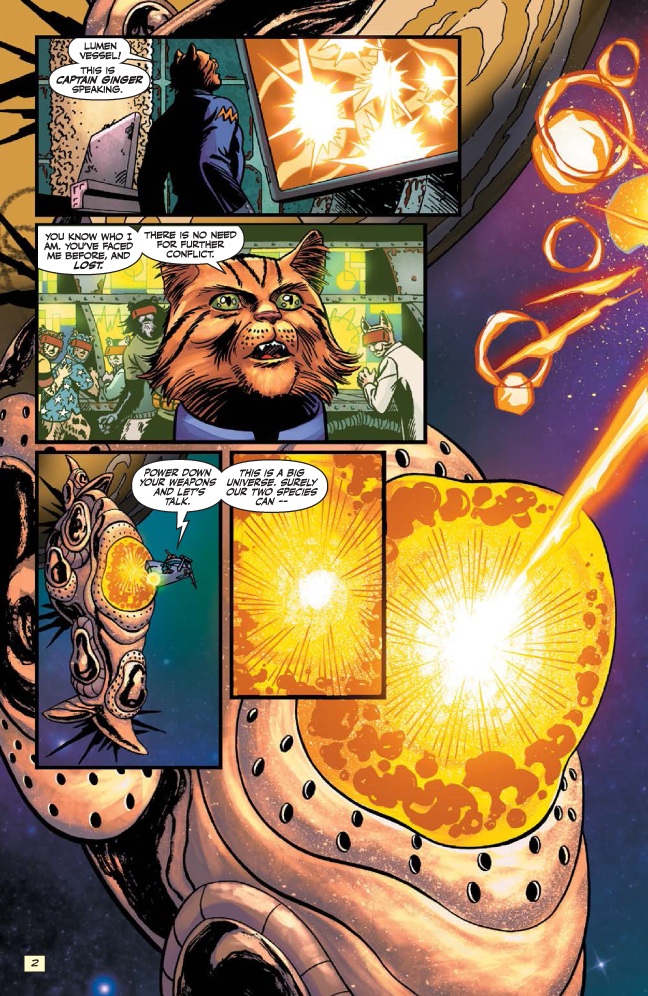 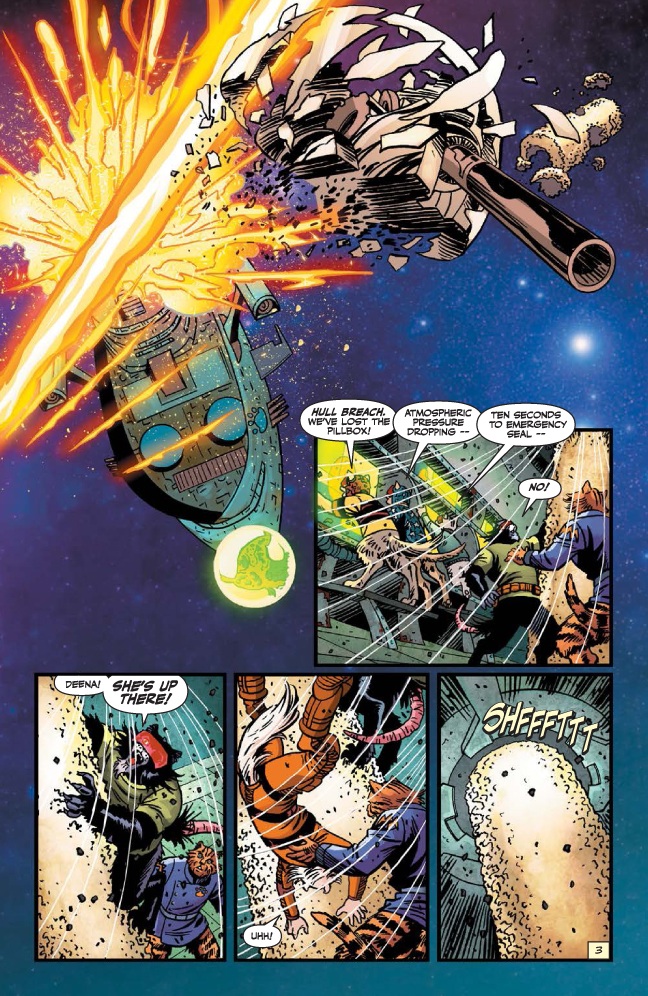 AHOY Comics has announced it will resume publishing new comic books in June.

« The world pandemic has caused some problems with serialized comics publishing, particularly for small publishers like us, » said AHOY Comics Publisher Hart Seely. « But if there was ever a year that demonstrated the need for laugh-out-loud funny books that are actually funny, it is the year that is 2020. And AHOY Comics will be there for readers and retailers alike. »

Billionaire Island: A six-issue mini-series by writer Mark Russell, artist Steve Pugh, and colorist Chris Chuckry, with lettering by Rob Steen. The first issue features a cover by Pugh and a variant cover by Pia Guerra.

Captain Ginger: Dogworld, which had two issues published at the time of lockdown, will complete its serialization in digital exclusive editions from Comixology. The first new issue of #3, will be released digitally on June 10, followed by #4 on July 8, #5 on August 5 and #6 on Sept. 2.

« Readers can look forward to more space-cat drama, including a massive starship crash, a small tragedy, and Captain Ginger’s stranded crew will finally make first contact with the mysterious, intelligent dogs – who may or may not play poker in their spare time, » Moore said.

« There was no one-size-fits-all solution for AHOY’s publishing schedule, so we took a creative approach, » said Kit Caoagas, AHOY Comics’ marketing associate. « There was a long anticipation for the debut of Ash & Thorn and issue 1 was already printed and at Diamond, so we wanted to get that to market as soon as possible. Billionaire Island had one issue published before the lockdown, so we’ve decided to resume publication as soon as possible on a slightly accelerated schedule, with an eye toward getting the trade paperback out in the fall, as originally planned. And, after a long hiatus, it just didn’t make sense to resume print publication of the second season of Captain Ginger. As with all AHOY books, we’ll release the trade paperback of Captain Ginger: Dogworld in print and digital on schedule, so that old-school sci fi fans and cat fanatics can read the whole story in their preferred format. »

Originally scheduled for release this summer, as part of the company’s fourth wave of releases, Penultiman, the new super-hero title by Peyer and Alan Robinson, will be resolicited for a later date.