[quote]DIAL H #1
Written by CHINA MIEVILLE
Art by MATEUS SANTOLOUCO
Cover by BRIAN BOLLAND
1:25 Variant cover by DAVID FINCH and RICHARD FRIEND
On sale MAY 2 • 32 pg, FC, $2.99 US • RATED T+
Retailers: This issue will ship with two covers. Please see the order form for more information.
• A brand new series by bestselling and Hugo award winning novelist CHINA MIEVILLE!
• What would happen if you discovered the H Dial, an unbelievably powerful artifact that turned you into a super hero?
• And what if you found out that the world is threatened by this very device that’s become your uncontrollable obsession?
• These are just the first questions asked in this thrilling and inventive storyline that introduces the strangest super heroes and super villains in the DCU while exploring the boundaries of reality! [/quote]

[quote=“Karen Berger”]China Miéville is a brilliantly imaginative writer, and secretly might even be one of the smartest people in the world. I’m a big fan of his novels— If I have to pick a favorite, which is hard, I’d say it’s the Hugo Award-winning THE CITY AND THE CITY, a mesmerizing politically charged murder mystery that takes place in two cities that exist in overlapping realities.

When we first met, I was thrilled to discover that China was not only a longtime comics fan, but that he also wanted to take a stab at writing a series as well. And the series he most wanted to writ more than anything was DIAL H. So as strange fate would have it, I found myself editing a book for the DC Universe!

Like the other titles in the Dark group, DIAL H takes place on the fringes of the DC Universe. It’s wild, intense, funny, disturbing, and action-packed, featuring a most unlikely hero with unpredictable powers and some of the strangest heroes and villains ever. And that’s just the first issue. Joining China on this title is artist Mateus Santolouco, who has previously drawn a couple of issues of AMERICAN VAMPIRE for Vertigo. Mateus brings a dynamically dark style with some truly wonderful ever-changing character designs for our heroes. He blew us away with his samples, and we’re so pleased that he’s part of this book. And wrapping it all up, is none other than the delightfully twisted Norman Rockwell of comics himself-the fabulous Brian Bolland on covers.

I’m having a great time working with everyone on this book, and I can’t wait for everyone else to have a read in May of this fascinating new series.

[quote=“Paul Cornell”]“China Miéville is clearly going to be as powerful and precise a voice
in comics as he is in prose. DIAL H is sincere, funny and punchy all
at once, and both askew from and clearly part of, the New 52. It’s
brilliant stuff.”[/quote]

[quote=“Jeff Lemire”]“China Miéville remixes the superhero, horror and fantasy genres into an
incredible hybrid of imagination. DIAL H fits right in with Animal Man
and Swamp Thing and may end up being better than both!” [/quote]

…]The Dial H titles almost uniquely in the DC Universe have never really had their backstory explained. We still don’t know where dials came from. Which, in the case of a universe that’s so thoroughly explored as the DCU, is kind of amazing. And so my pitch was always, “I want to enjoy the kookiness but also have a psychological edge to it, and I want to start talking backstory. I want to start talking mythos.” And that really hasn’t shifted. It’s more a question for the first time I was able to really go into that than that I had to shift it.

[quote]“Dial H has been a really exciting ride all the way.

I’m particularly enjoying the dark but fun tone of the series so far. China is an incredibly imaginative guy and he is bringing his weird fantasy side to the world of superheroes, which is a perfect match for Dial H and I’m loving it. He’s taking this simple concept of random heroes to an… well, it’s amazing, I think you should see it for yourself!

Artwise, I have a lot of freedom to help with the adaptation of his master writing-- dynamic and at the same time rough, almost horror-like, way of storytelling for comics-- which gives a completely different level of pleasure to work with. Of course I won’t forget the best part that is the chance to create the designs of all these crazy and bizarre heroes that Mr. Miéville is coming up with for every single issue. I’m having a blast with those and I think people will love it just as well.

This is a surreal moment on my career where I get to work with all these legends, like Karen Berger, China and Brian Bolland. You know? When I would think of the idea of having Brian Bolland drawing characters that I designed? I mean, never! Like I said, this is surreal just like Dial H is!” 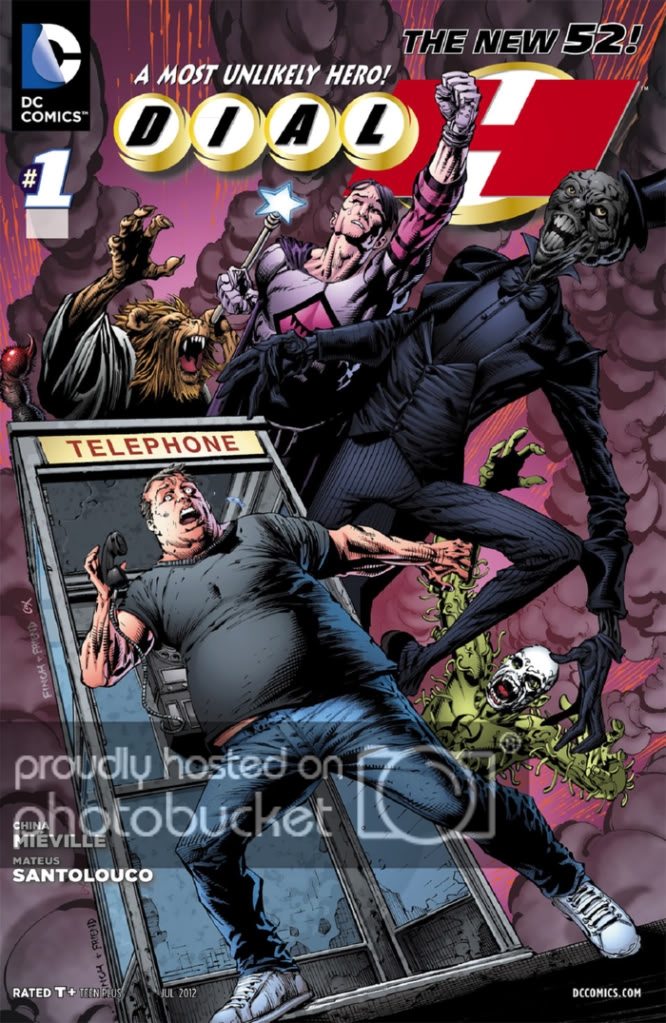 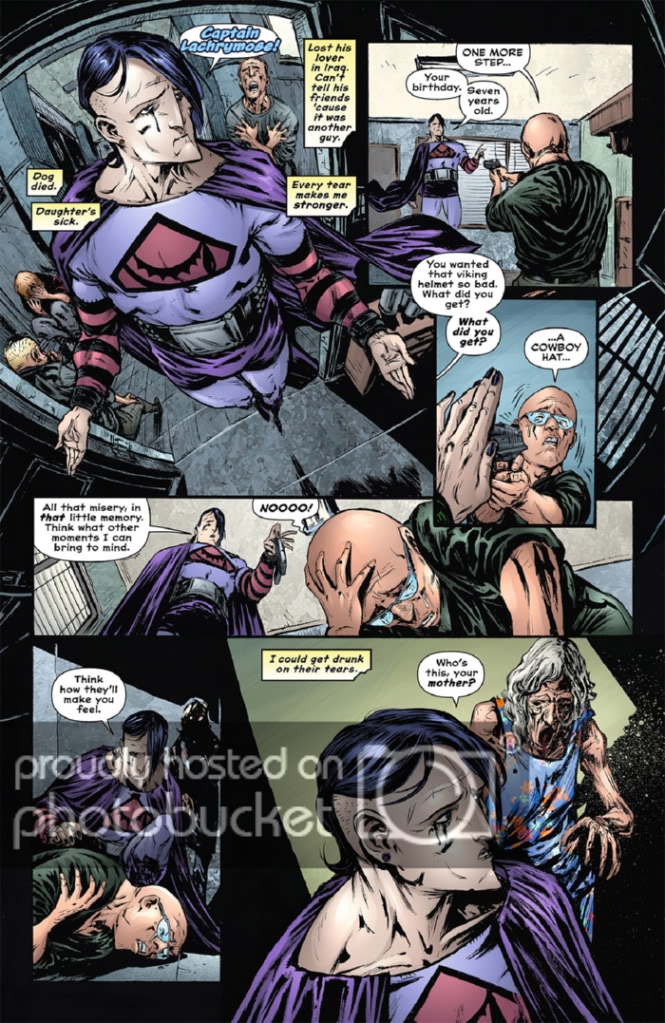 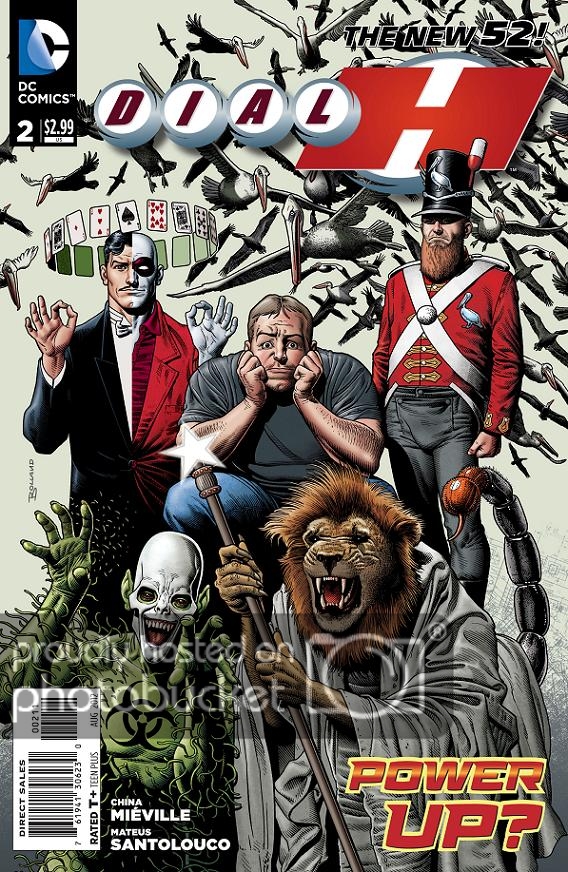 [quote]DIAL H #2
Written by: China Mieville
Art by: Mateus Santolouco
Cover by: Brian Bolland
Color/B&W: Color
Page Count: 32
U.S. Price: 2.99
On Sale Date: Jun 6 2012
• Part two of the five-part opening story!
• As our hero learns to use the H DIAL, he begins to suspect there is something sinister at work.[/quote] 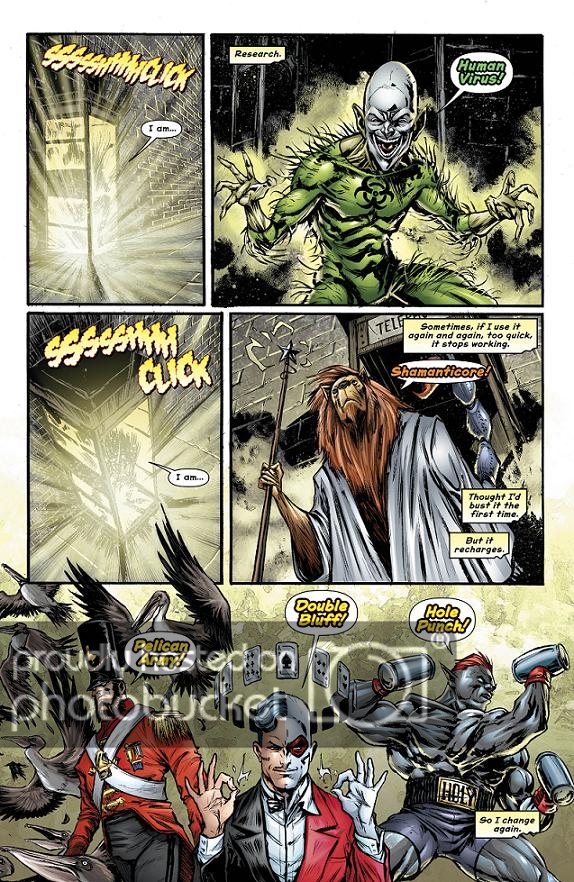 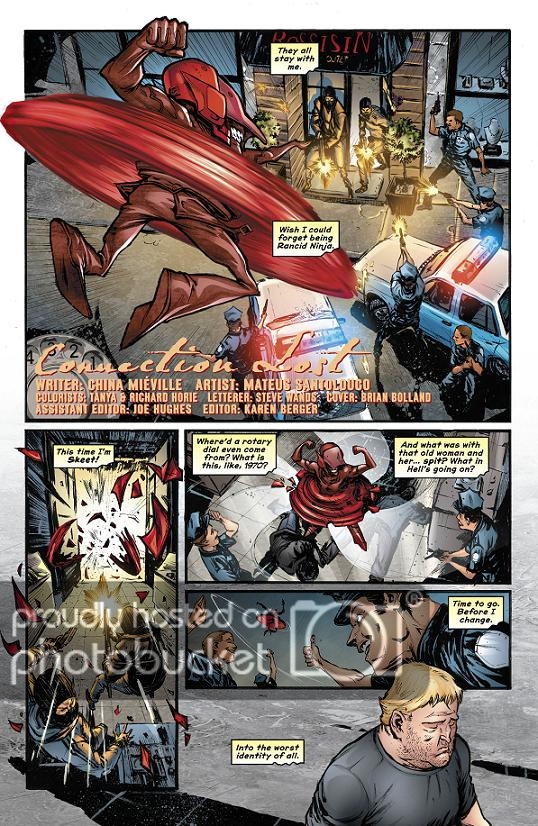 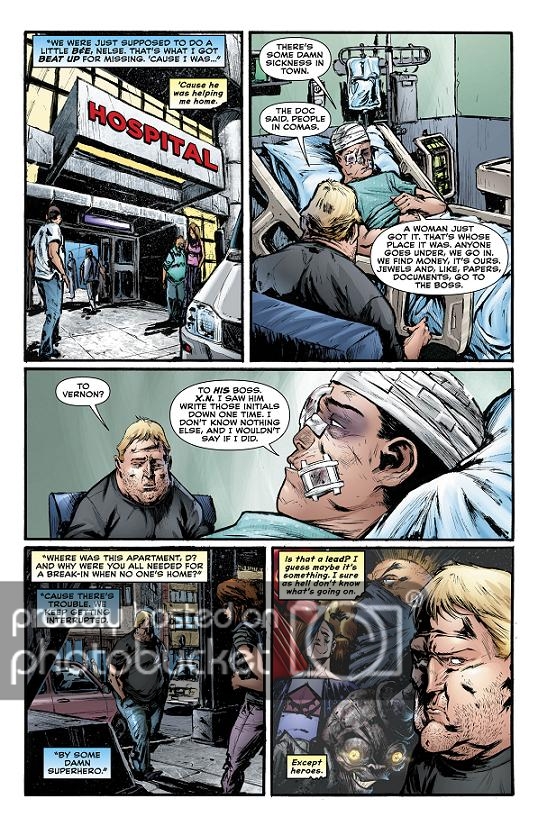 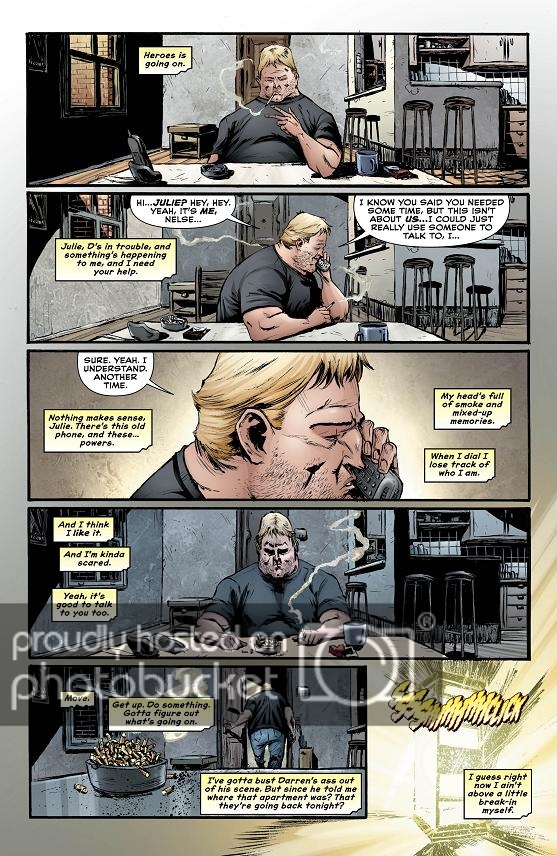