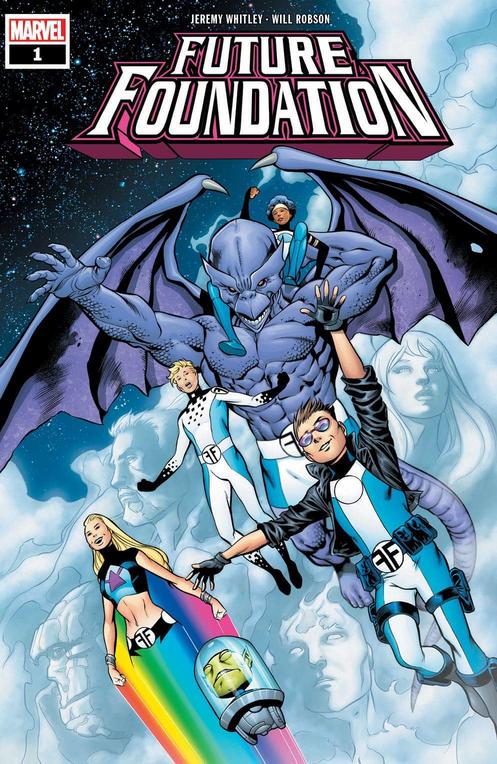 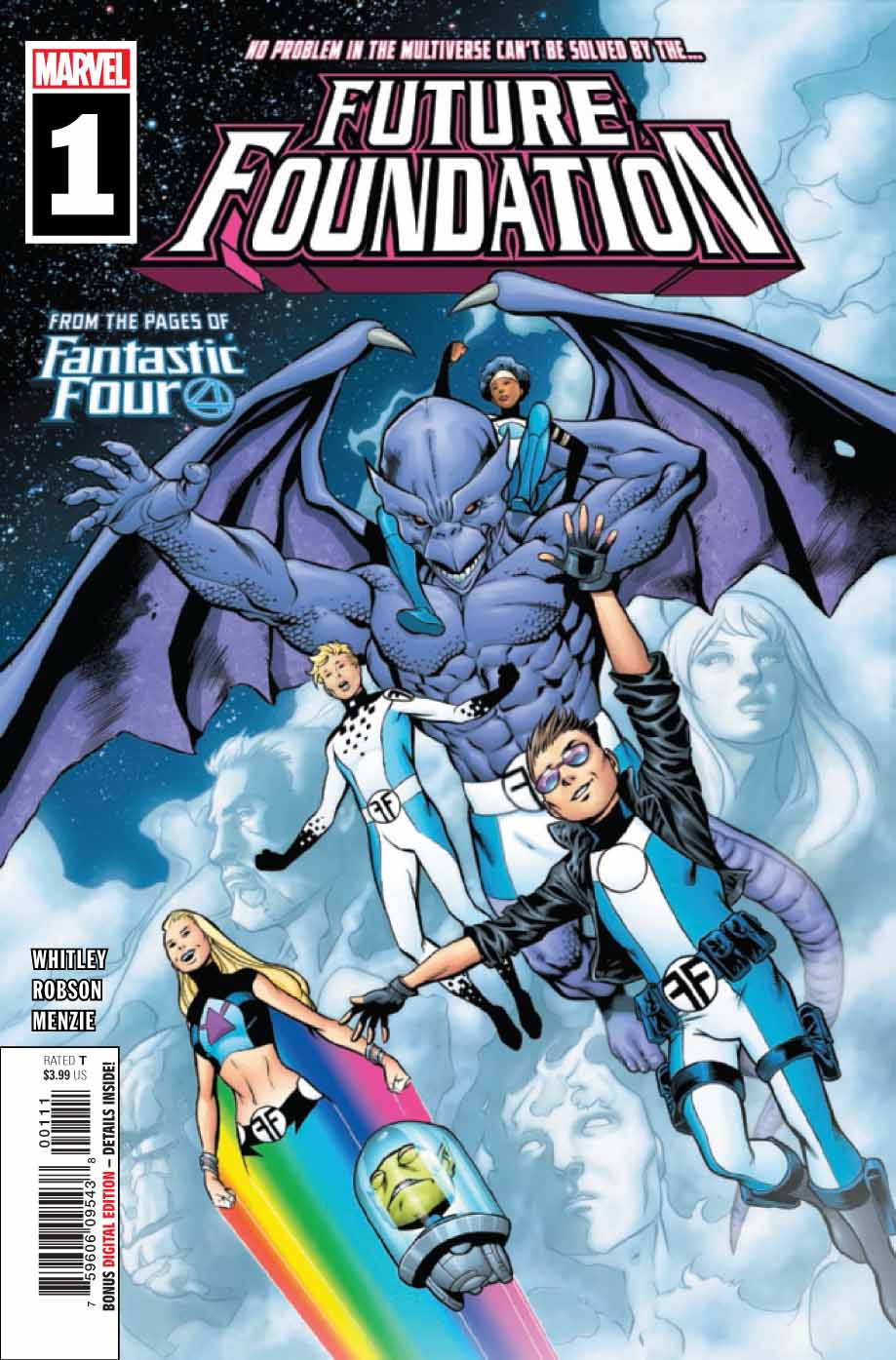 Art by: Will Robson.

Description: When the Richards family is called back to Earth to be the Fantastic Four again, they left behind the Future Foundation - a think tank of the most brilliant young minds in the universe - with one mission: to find the pieces of and rebuild their friend Molecule Man. But that’s proved harder than imagined as this crew of young geniuses, Atlanteans, Mutants, Moloids and androids have run into every problem in the Multiverse. Now, with the leadership of Alex and Julie Power and a little extra firepower from guest professor Yondu Udonta, the team will undergo their most dangerous mission yet - a prison break! 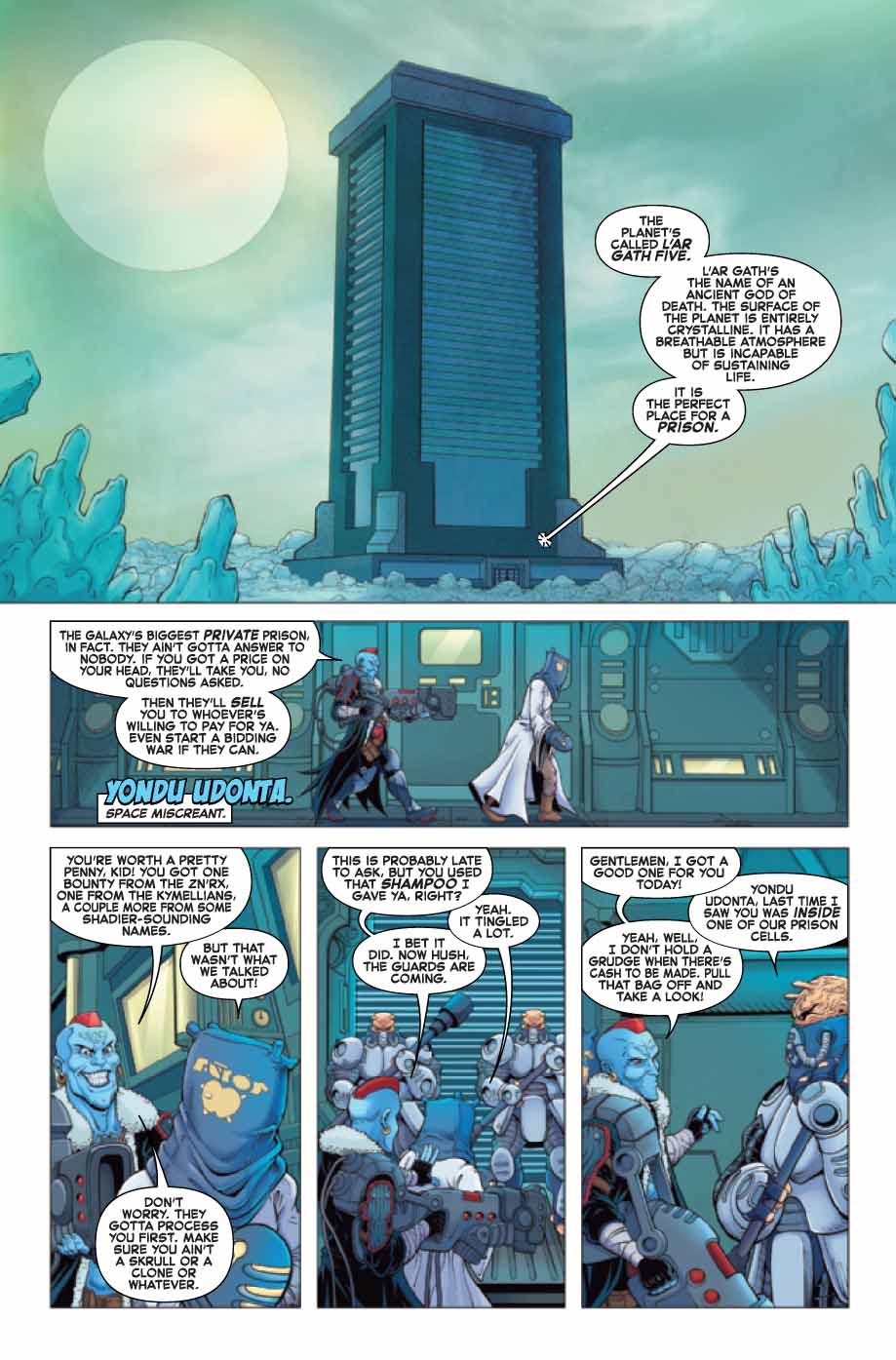 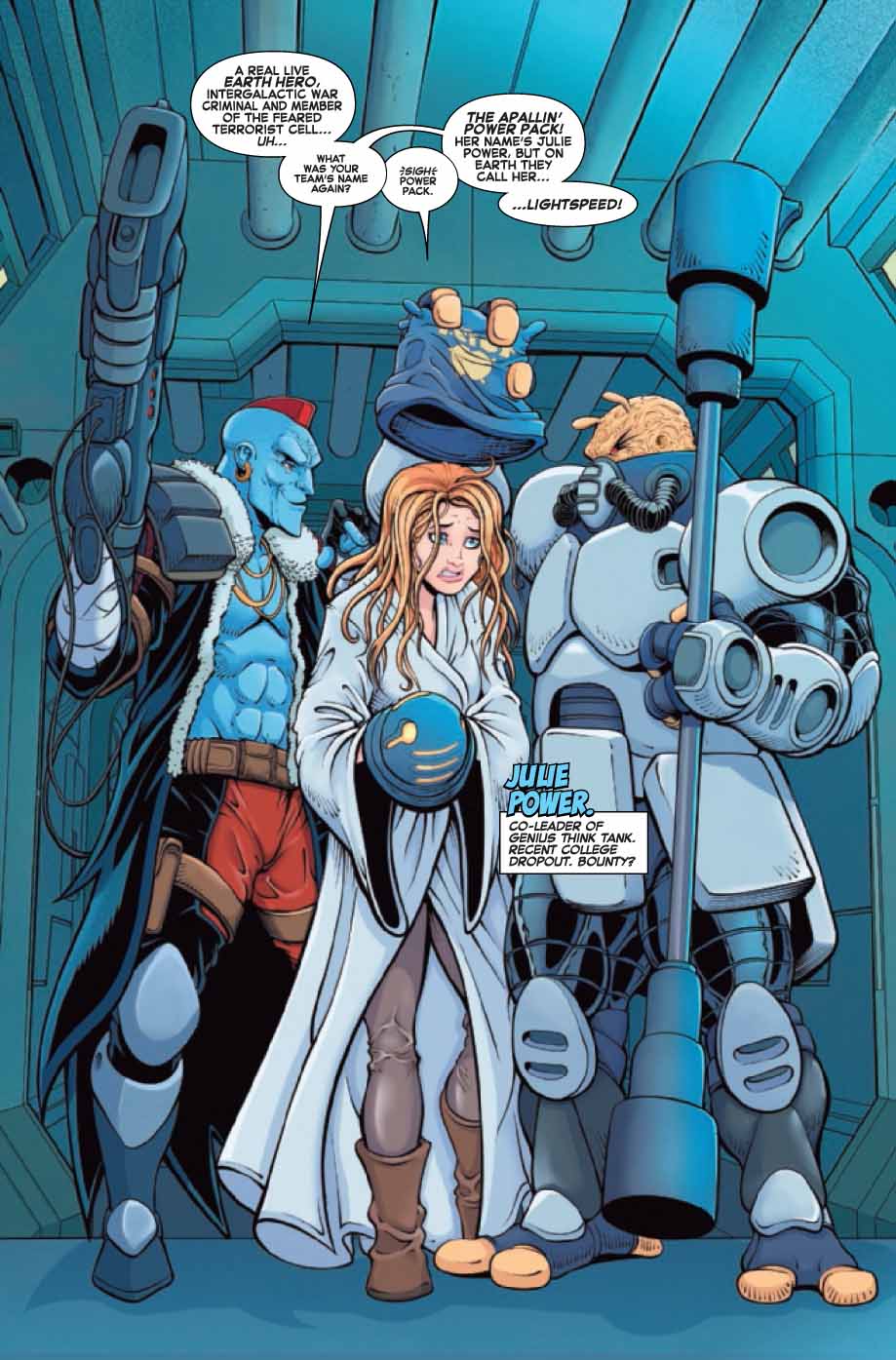 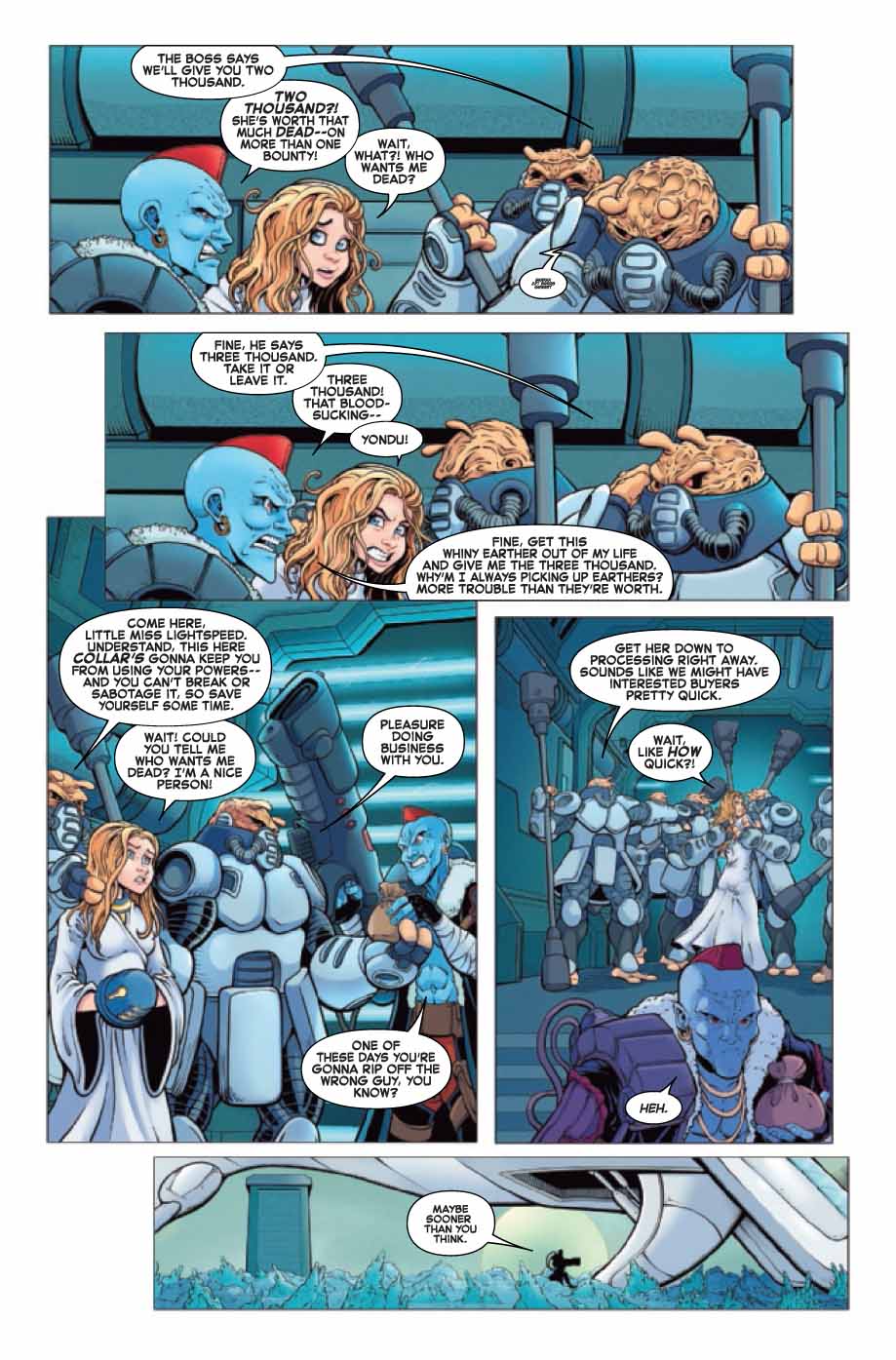 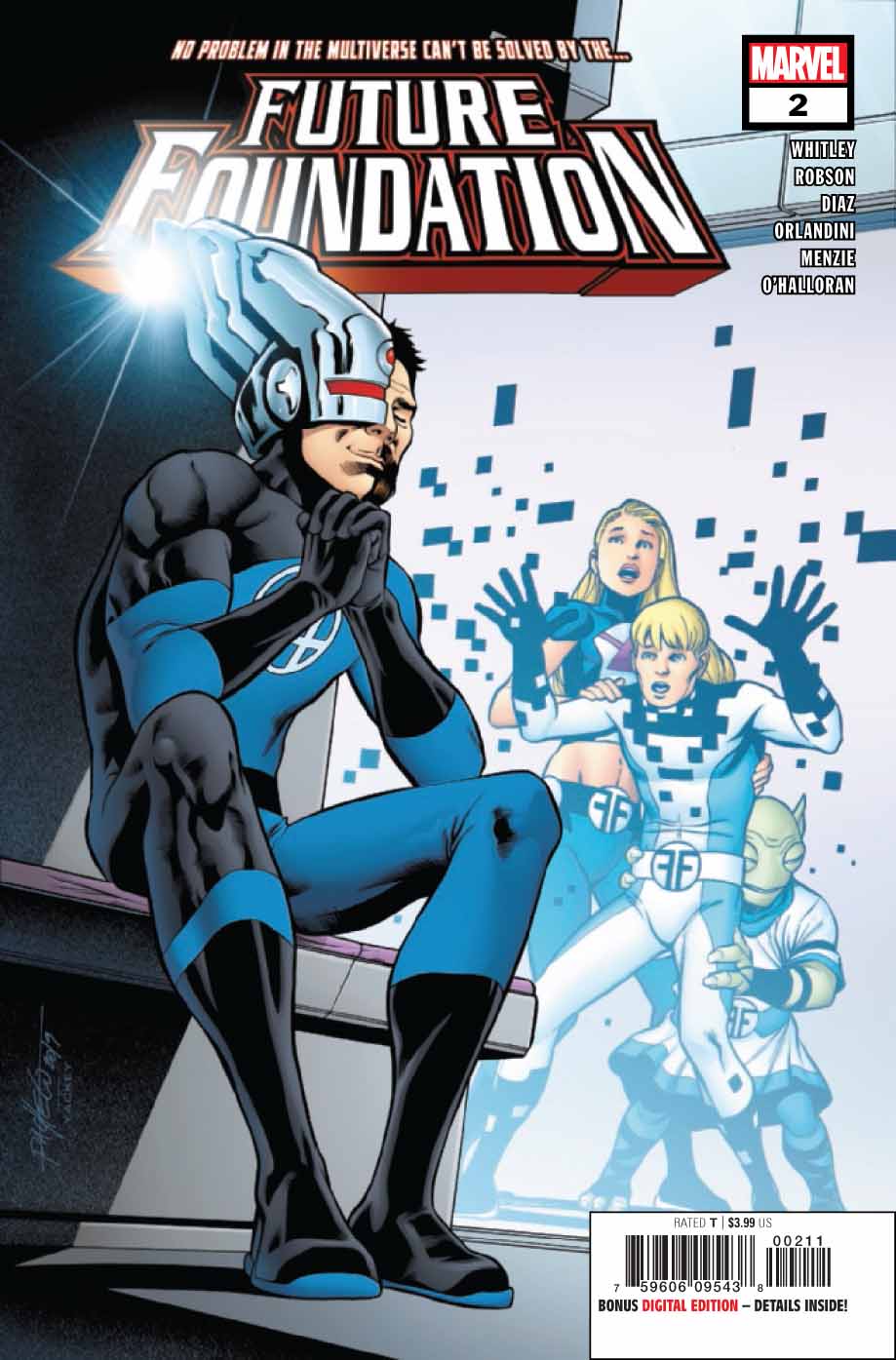 Art by: Will Robson.

Description: The Future Foundation and Yondu planned the perfect prison break, but nobody counted on having to stage two! But when their security breach reveals that Mr. Fantastic is locked away in the galaxy’s greatest prison, their perfect plan falls apart. Now Julie - and the person she came to break out - are on their own as Alex leads Yondu, Dragon Man, and Bentley into a high-security cellblock full of the most dangerous criminals in the galaxy to save a friend and mentor. But the real Reed Richards is back on Earth - and the Future Foundation is about to break out his greatest enemy. 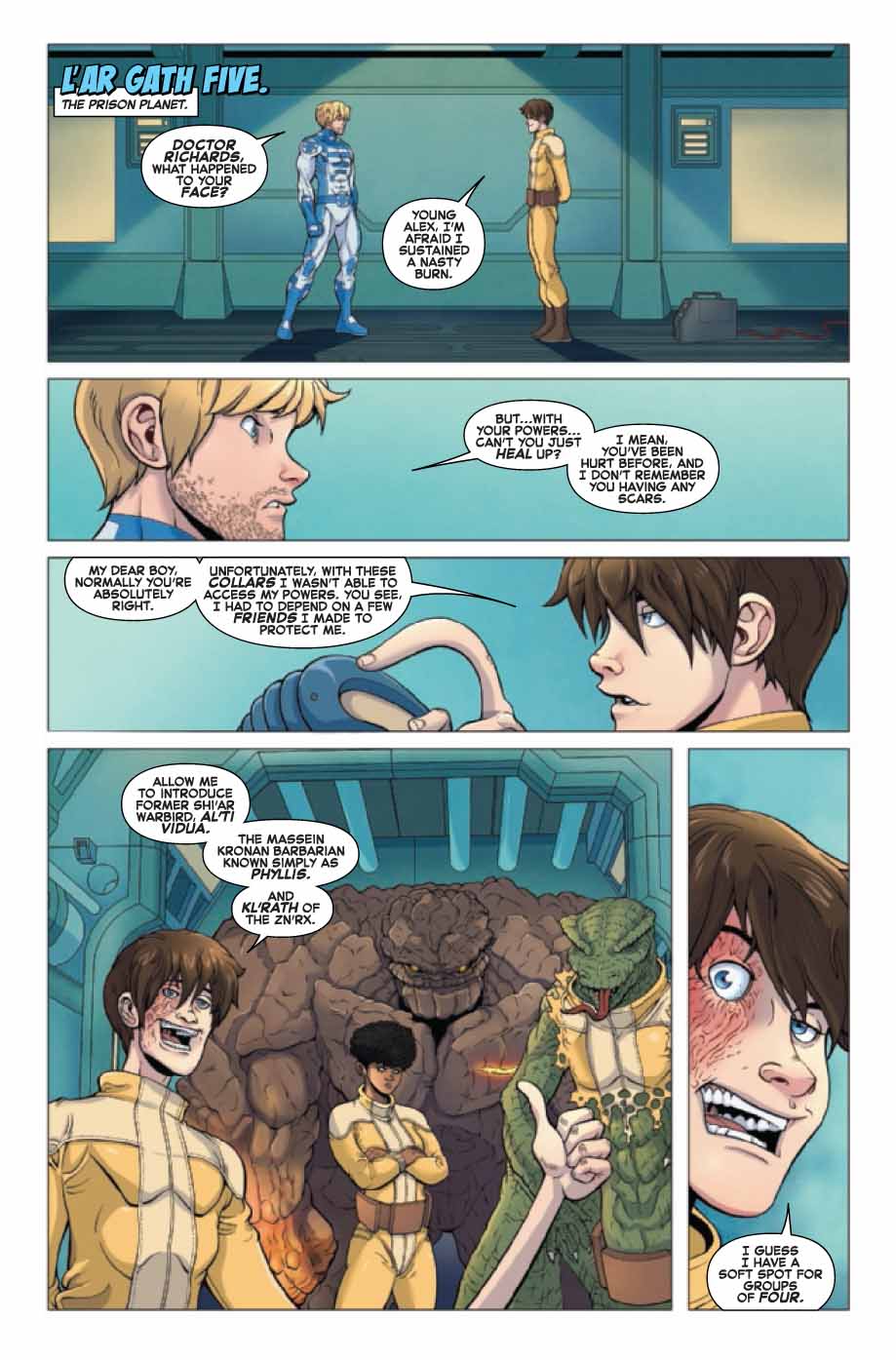 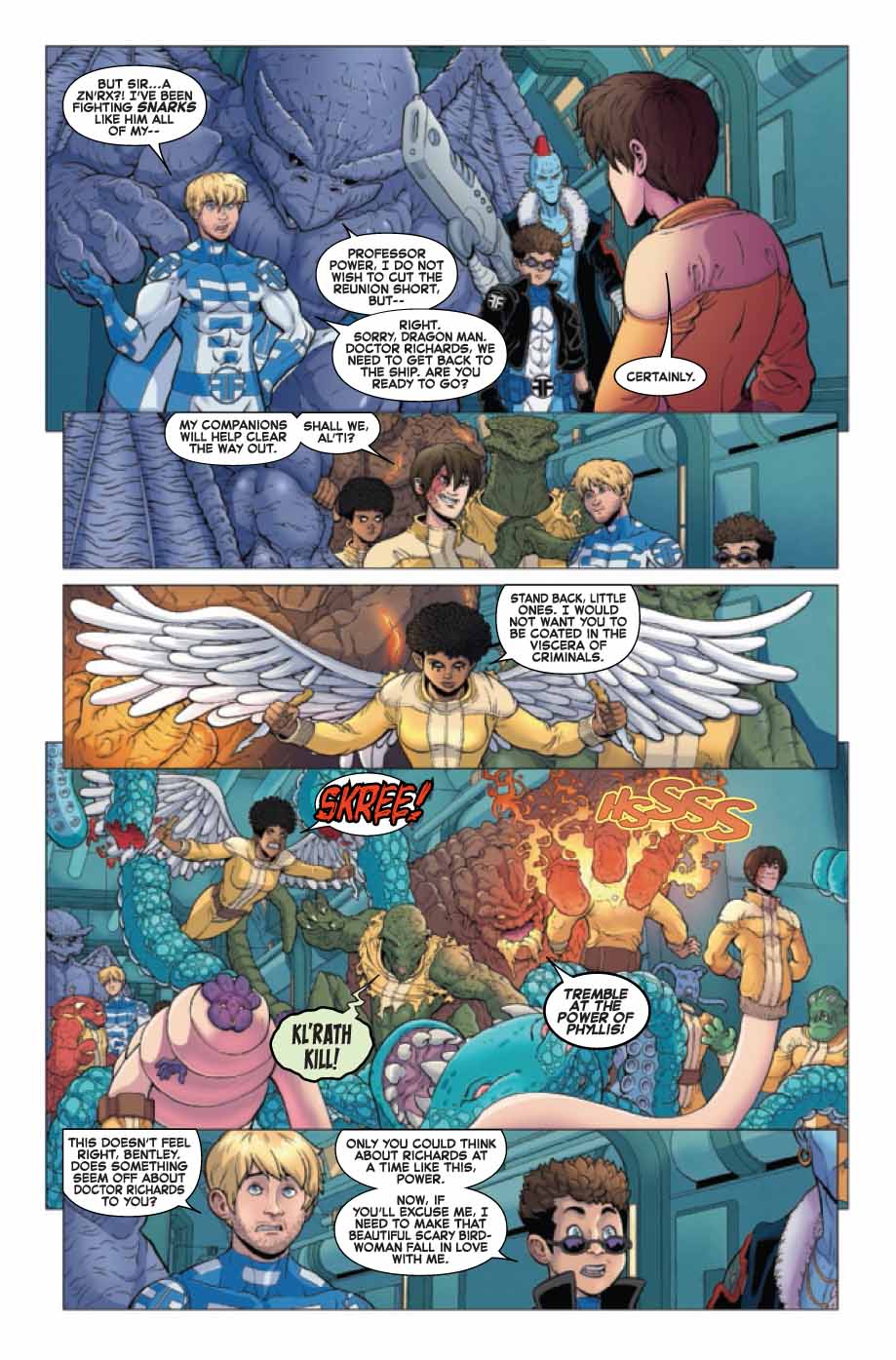 Marvel Comics recently saw the revival of their comic book title, The Future Foundation, running alongside the new Fantastic Four series, and showing what

As Rich stated, it was a choice made based on sales and was made at final order cutoff for issue 2, within a week of issue 1 being released. So, no, the cancellation had nothing to do with the content of the book, just the sales.

Now, that doesn’t mean we don’t have a boatload of wild stuff planned between now and issue 5, we do. So if you liked issues 1-2, I encourage you to keep picking it up. Just because it’s ending doesn’t mean it doesn’t count. Let’s go out with a bang. 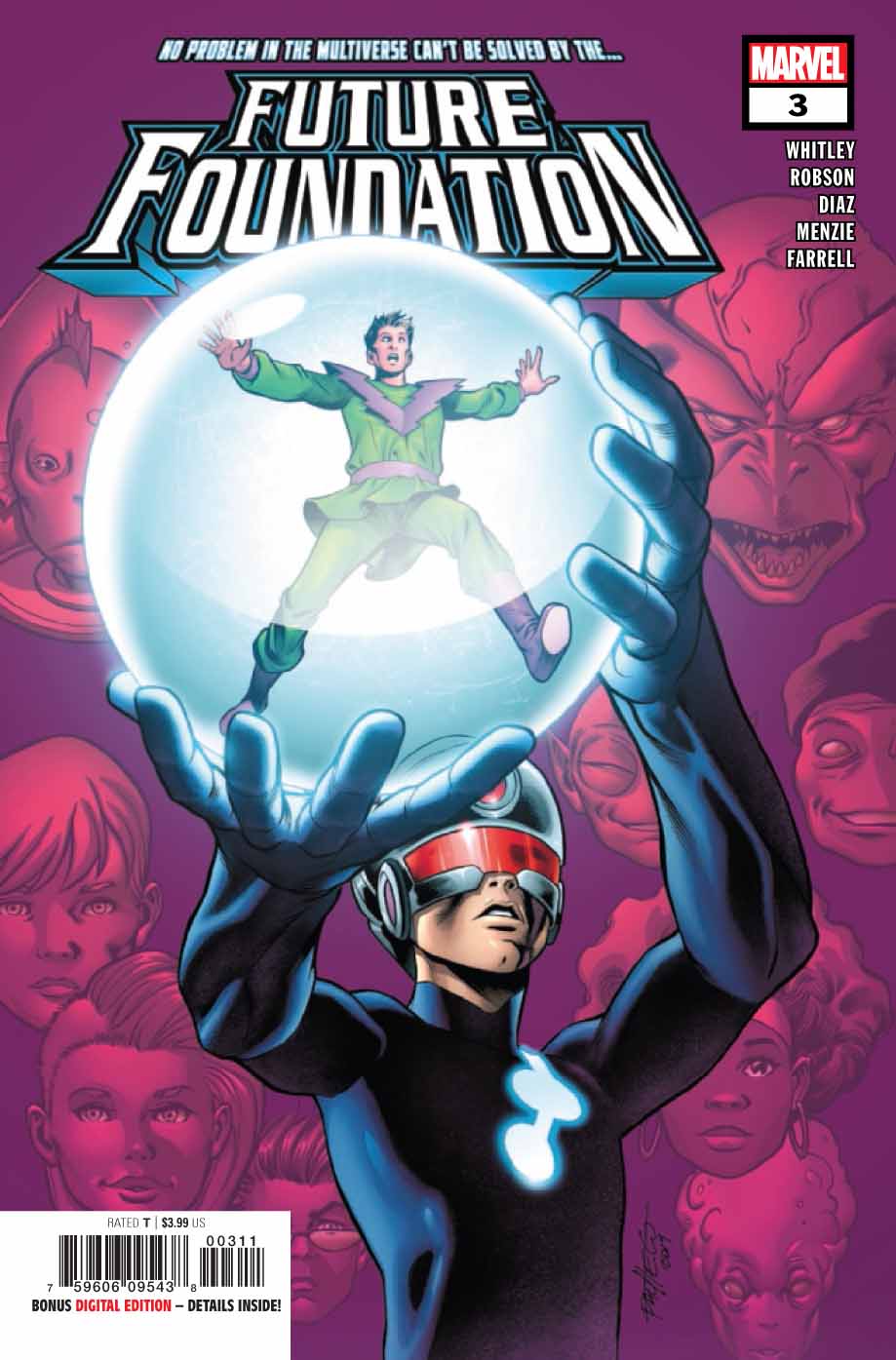 Art by: Will Robson, Paco Diaz.

Description: Owen Reece - a.k.a. Molecule Man - once helped reshape the entire multiverse. Now his body is scattered across the cosmos - and the Future Foundation is out to put him back together. But they’re not the only ones. It’s a race across space as the Maker sets his sights on pieces of Reece! And with a prison security system out to murder them all, the Future Foundation is already behind the mark. But the Foundation has a secret weapon. Find out at last who Julie Power set out to rescue from that intergalactic prison - and why the Maker should be very, very afraid. 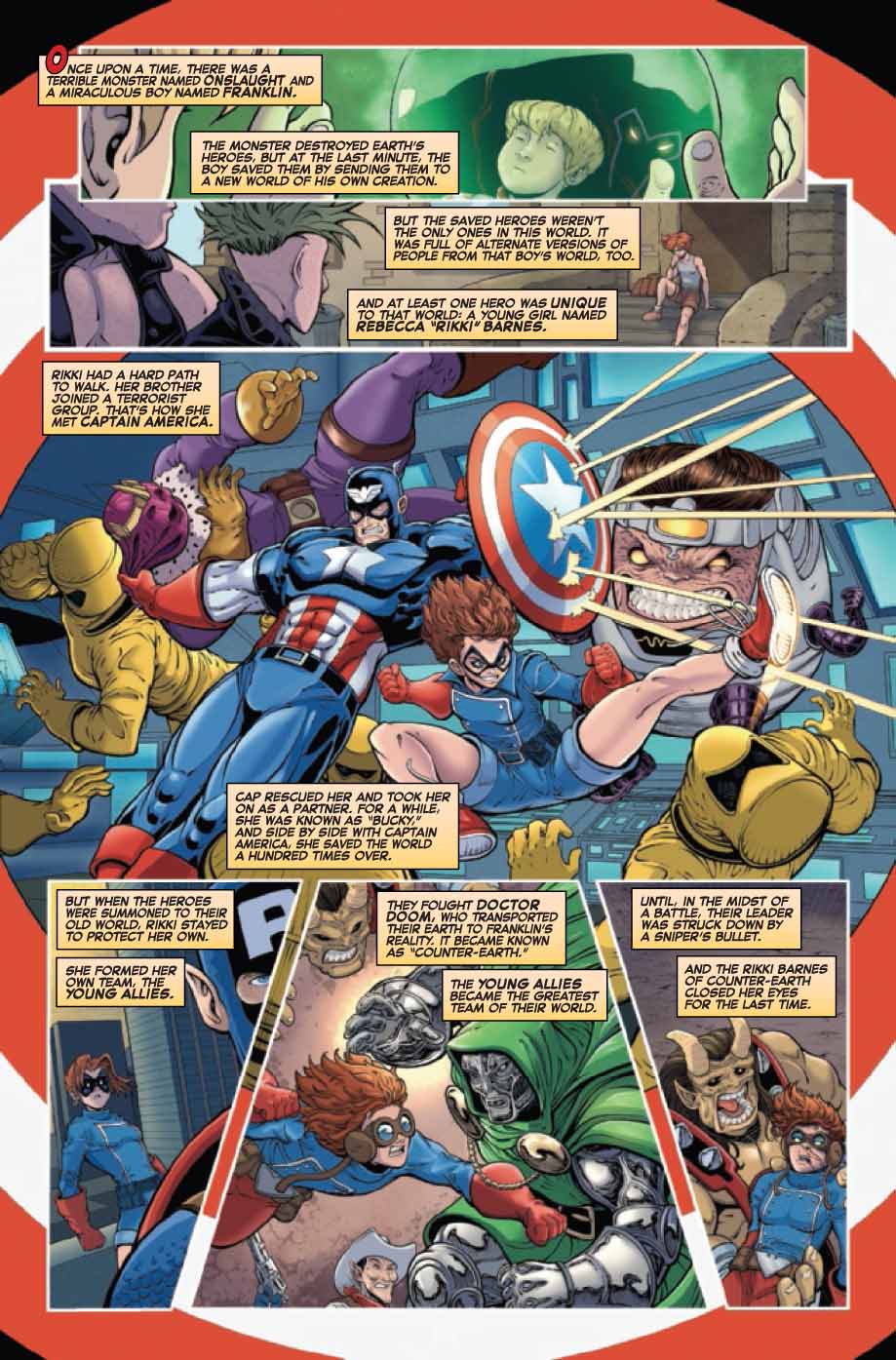 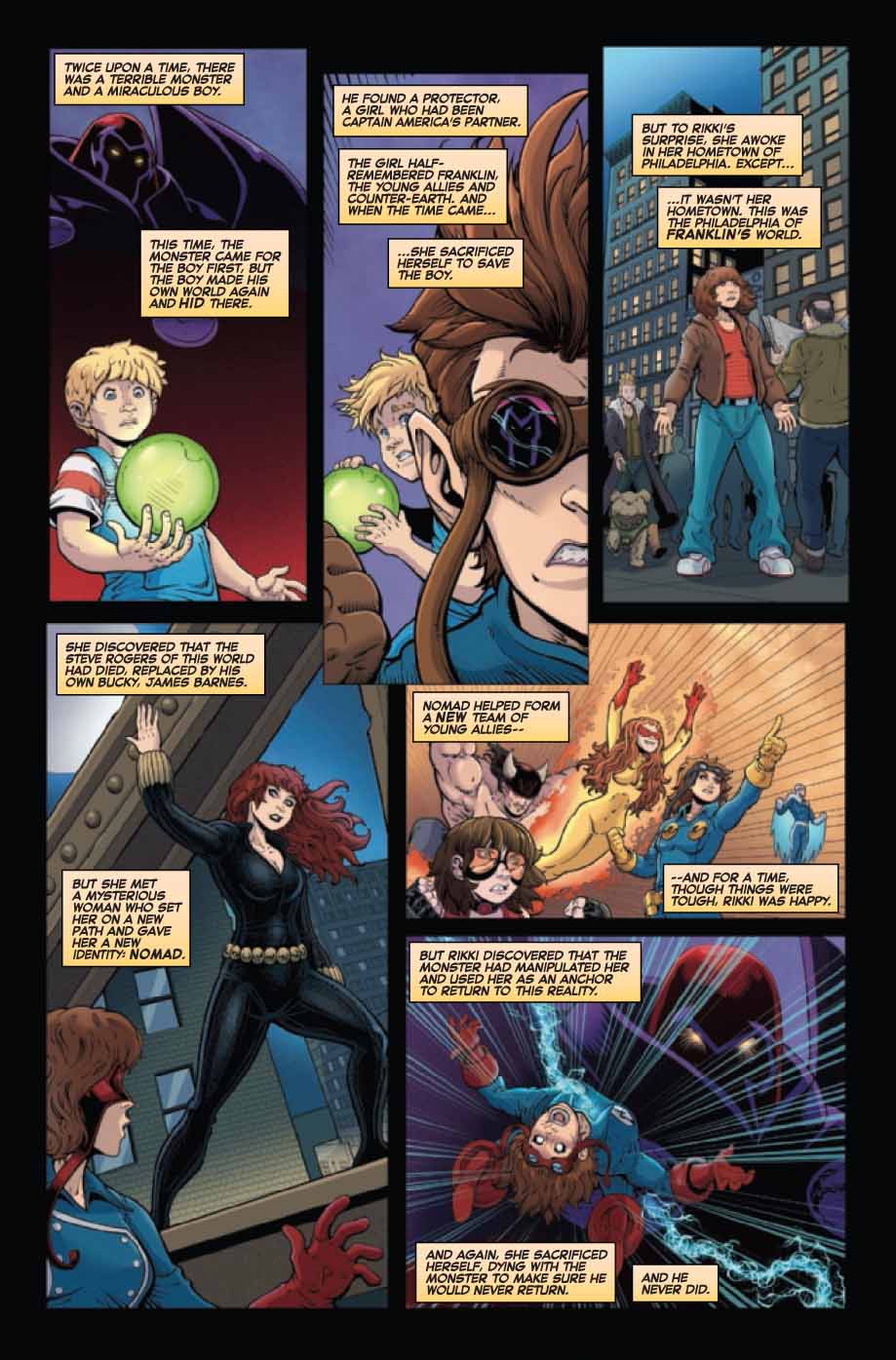 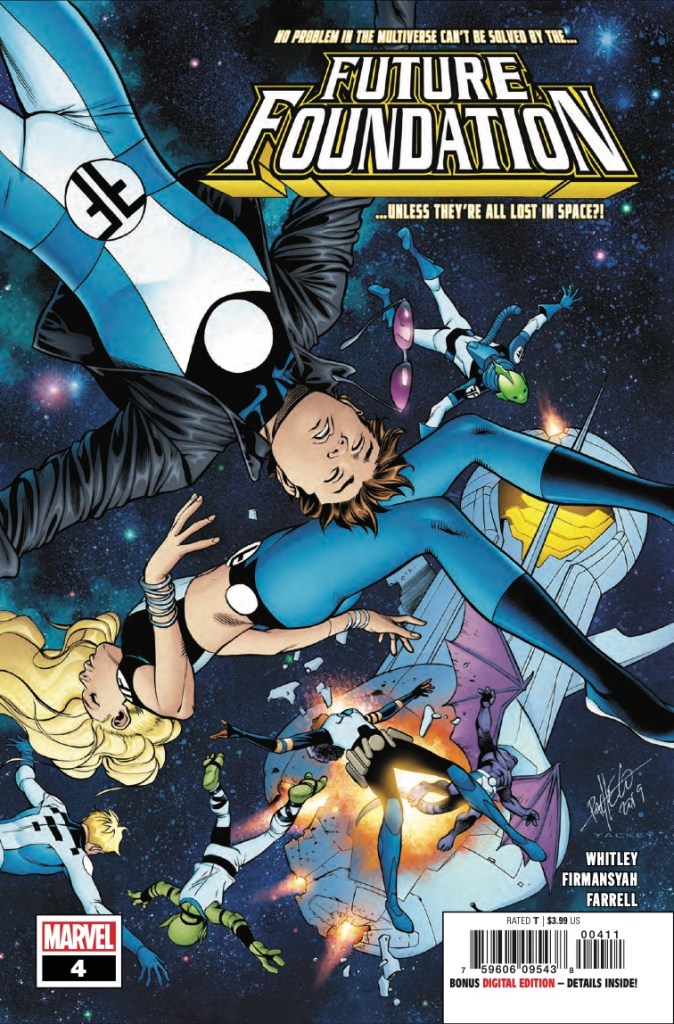 LOST IN SPACE! The Future Foundation’s fight to save Molecule Man comes to a head! And there’ll be no rainbow after a storm like this. This issue, someone dies. Don’t miss Professor Power and his team meeting their Maker — and more! 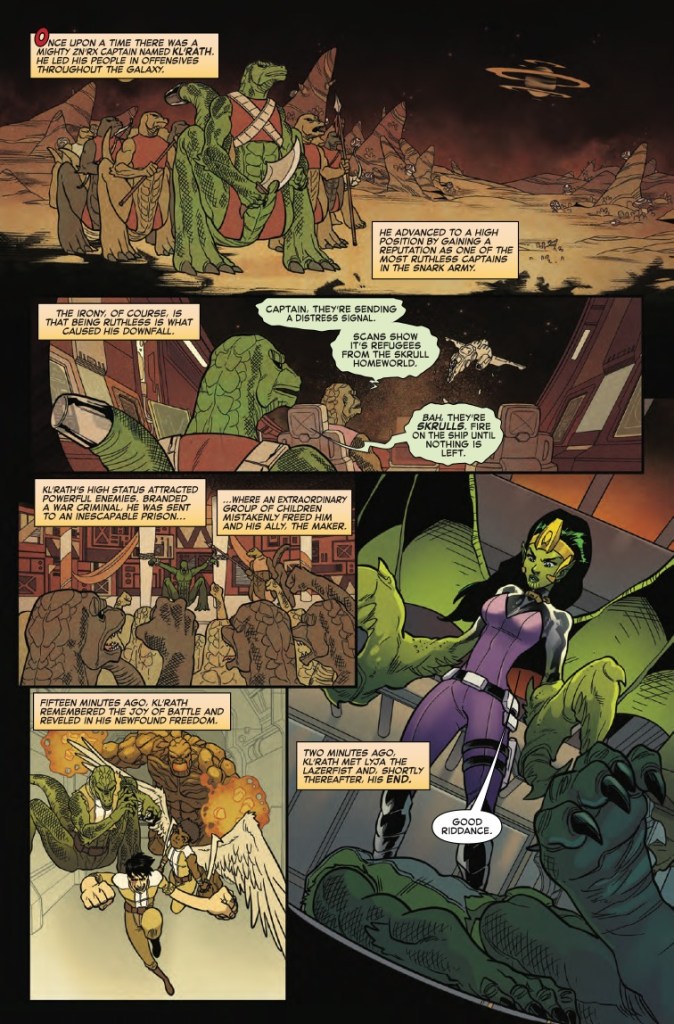 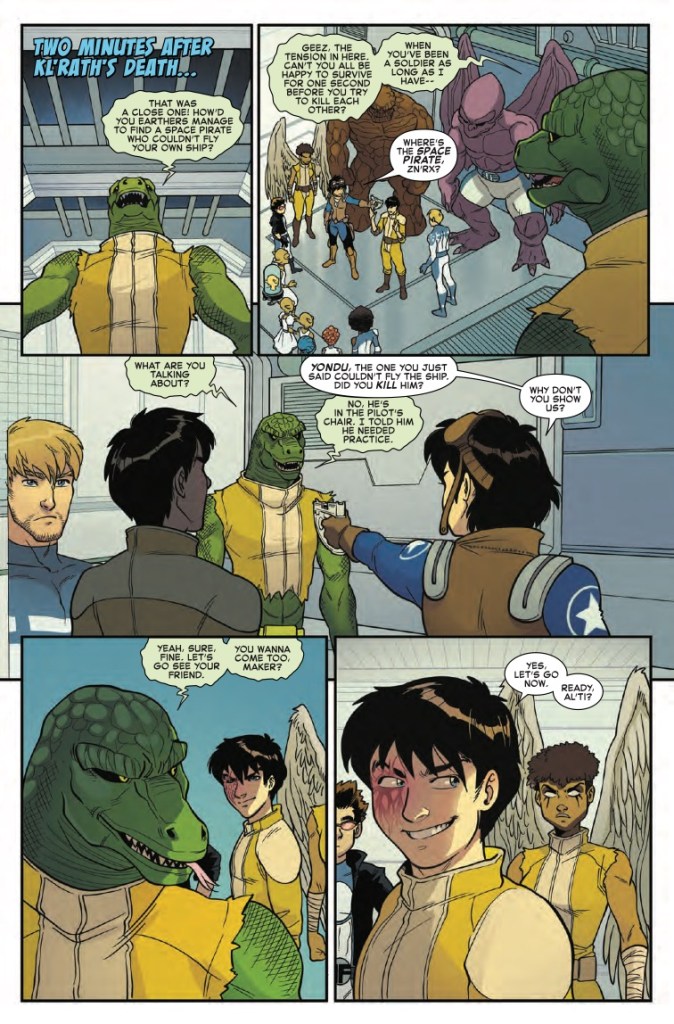 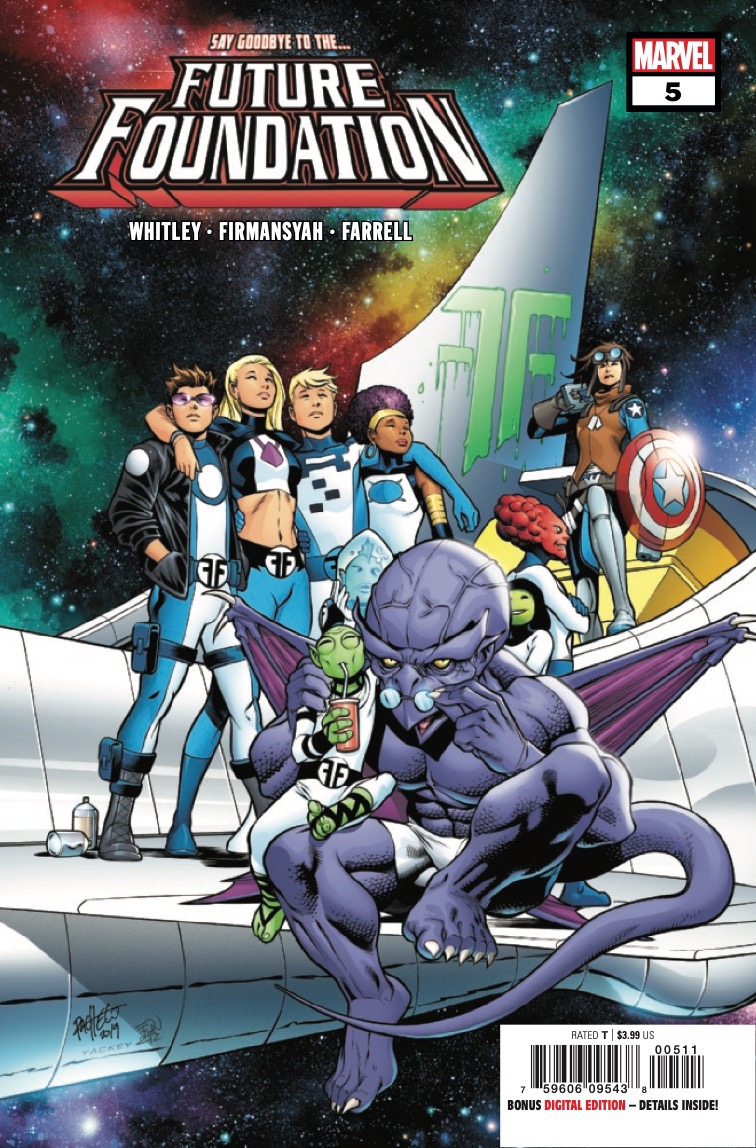 THE FINAL FRONTIER! The Future Foundation once banded together to help the Fantastic Four rebuild the entire Multiverse. Now they may have brought about its collapse. As the team reels from last issue’s death, the Maker is getting further out of reach. The team that promised to solve all the Multiverse’s problems is inches away from watching everything die – again.
Age Rating: 9+ 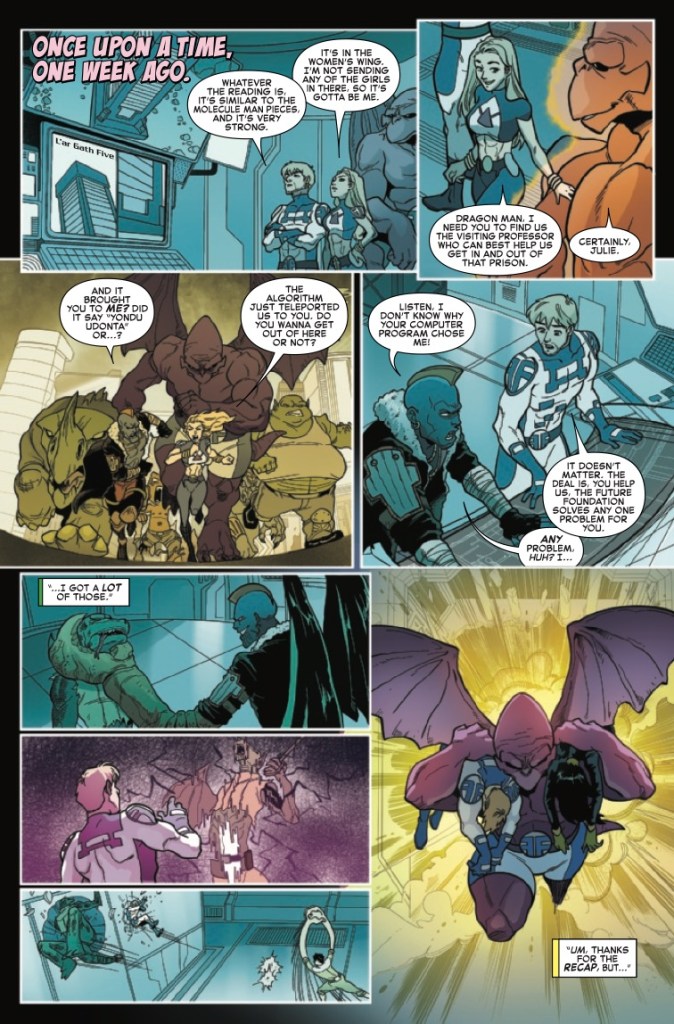 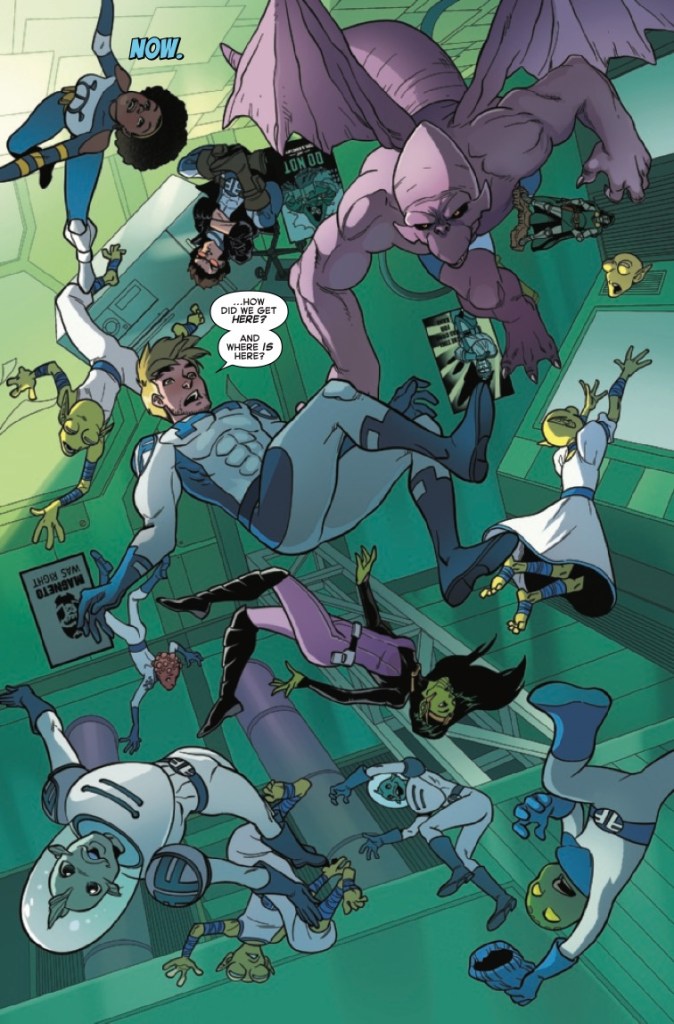